If you’re going hiking, or plan on camping this year, you might want to read this list. Several of these plants you could even find in your back yard, or someone’s garden. You will not want to ingest any part of the plants on this list. They are all deadly! So watch out for these poisonous plants, and know how they could harm or even kill you. 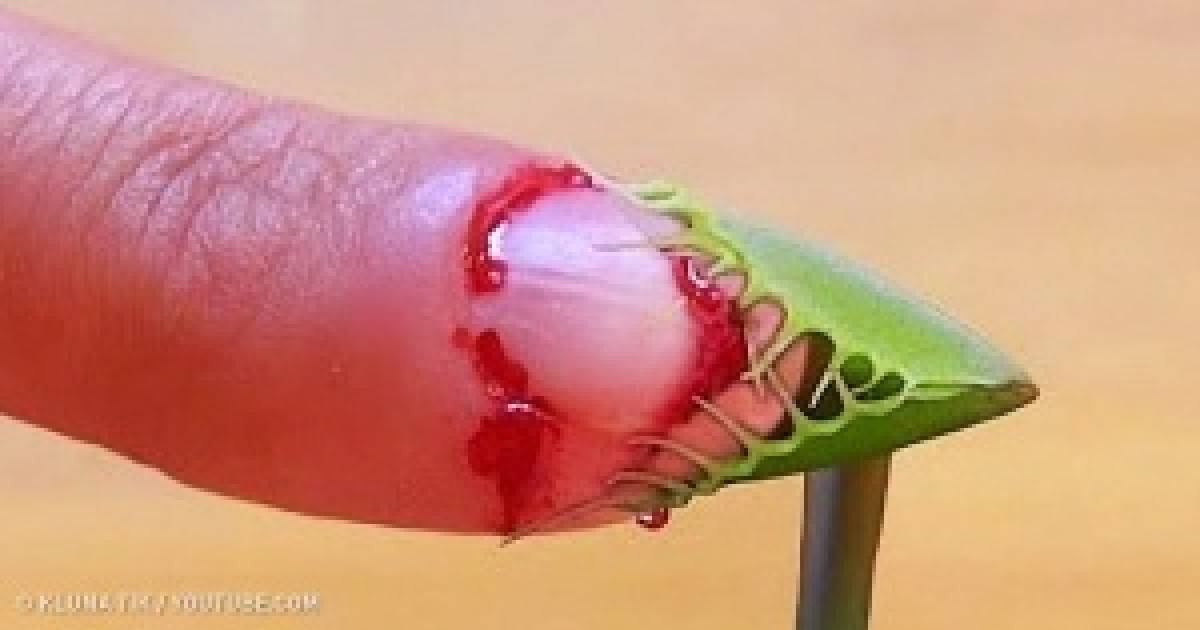 Buttercups are familiar wildflowers, favouring open waste ground and acidic soils throughout Nova Scotia, not to mention the middle of the back lawn. Their irritant qualities are probably the basis of the children’s game in which one child presses a buttercup to the sensitive skin just below the chin, “to see if you like butter.” The slight redness caused by such casual contact is supposed, in the game, to indicate a butter lover.

Prolonged contact can have more uncomfortable results. The breakdown of a glycoside releases a blister-inducing juice, found in many species while fresh.

Generally buttercups have yellow cup-like flowers and deeply divided leaves, which may or may not be fuzzy.

The Water Hemlock is the most poisonous plant in North America. Even a small mouthful can kill an adult.

It can be found alongside the more common, non-poisonous, water parsnip along creeks and wetlands.

The whole plant is poisonous, but the root is the deadliest. Usually cows are poisoned when they pull out the plant and eat the root. One root is enough to kill a cow. If you have this plant on your pasture you need to get rid of it. 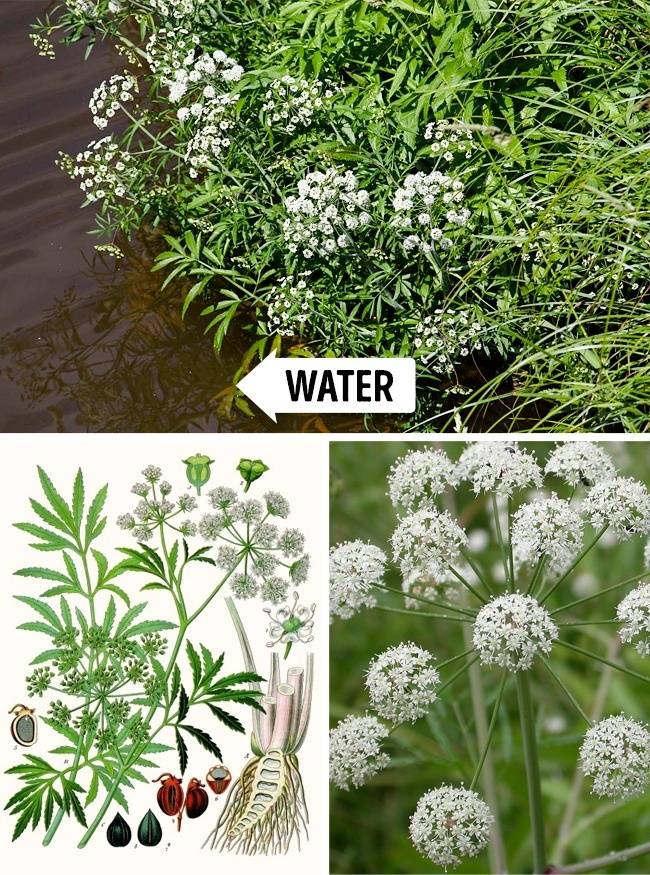 Where it occurs: Temperate zone of the Northern Hemisphere and Australia.

The most common members of this genus are red elder and black elder. All parts of the plant are toxic. If you as much as touch an elder, you’d better wash your hands. Ripe black elderberries, however, are completely safe and are used to make beverages and pies.

Why it is dangerous: Causes headache, weakness, abdominal pains, and, occasionally, seizures. Cardiac or respiratory failure are also possible. 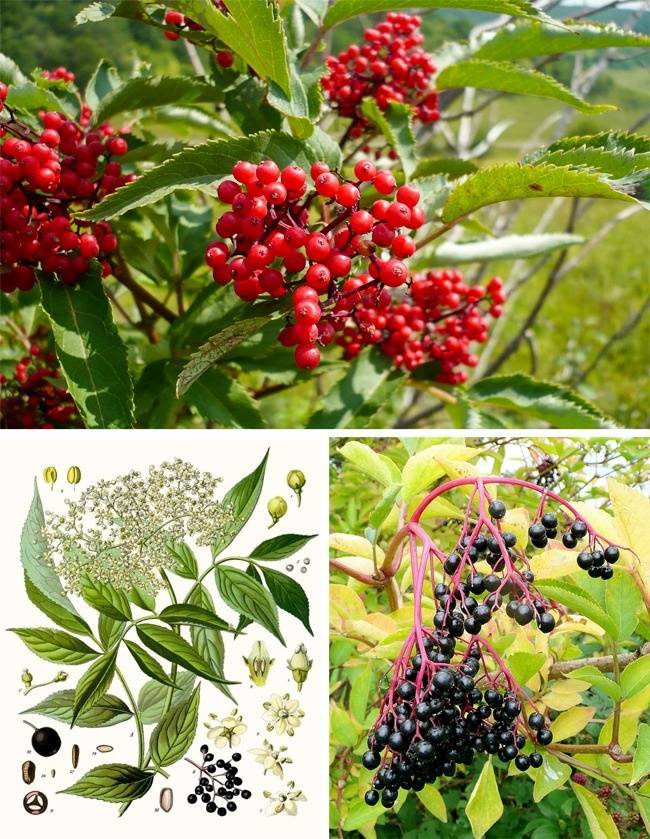 This shrub or small tree is widely cultivated, and can be found anywhere. Every part of it is poisonous due to the naturally occurring toxins. Symptoms of the poison include tremors, seizures, and coma that can lead to death.

These are dark-blue flowers with straight and tall stems. The plant itself originates from the mountainous areas of Europe, such as Switzerland. The plant favours moist environments of the alpine meadows. The most poisonous sections of the plant are the roots, particularly the roots of the European Aconitum napellus. Victims of this plant’s poison do present a combination of gastro-intestinal, cardiovascular and neurological effects. General symptoms include:

Muscle weakness and numbness of the face

Vomiting and hypotension to mention a few. 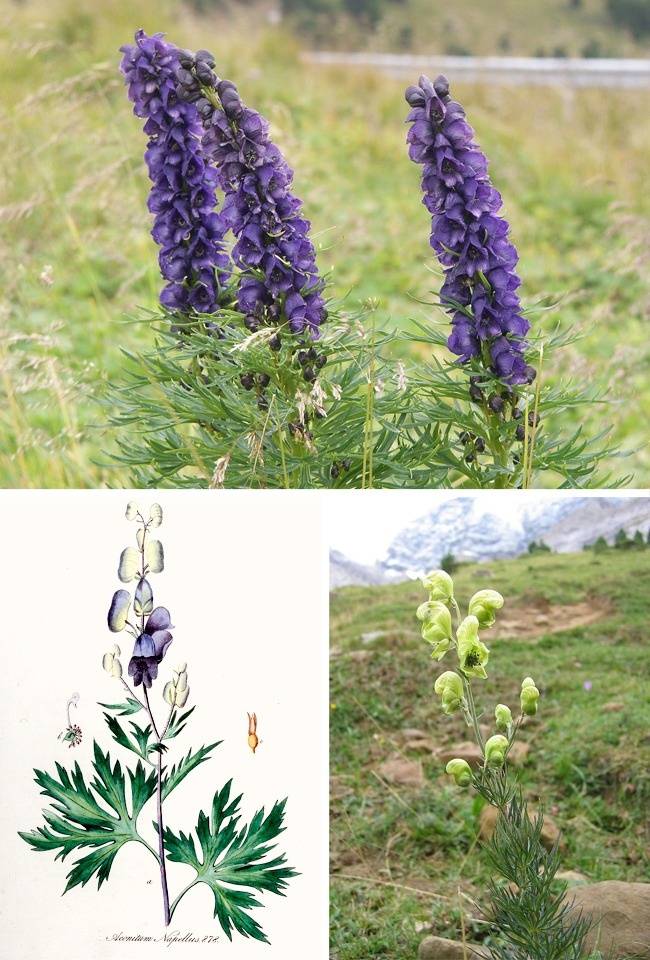 Where it occurs: In Northern and Central America, Europe, and Southern Russia.

Jimsonweed resembles potatoes or tomatoes, which is not surprising because it’s their close relative. It is an inconspicuous plant with thorny capsule fruits that have black seeds inside. Its white flowers emit a stupefying smell.

Why it is dangerous: It contains alkaloids that cause palpitations, disorientation, and delirium. In severe cases, death or coma are possible. Shamans of many peoples used this plant in their rituals. 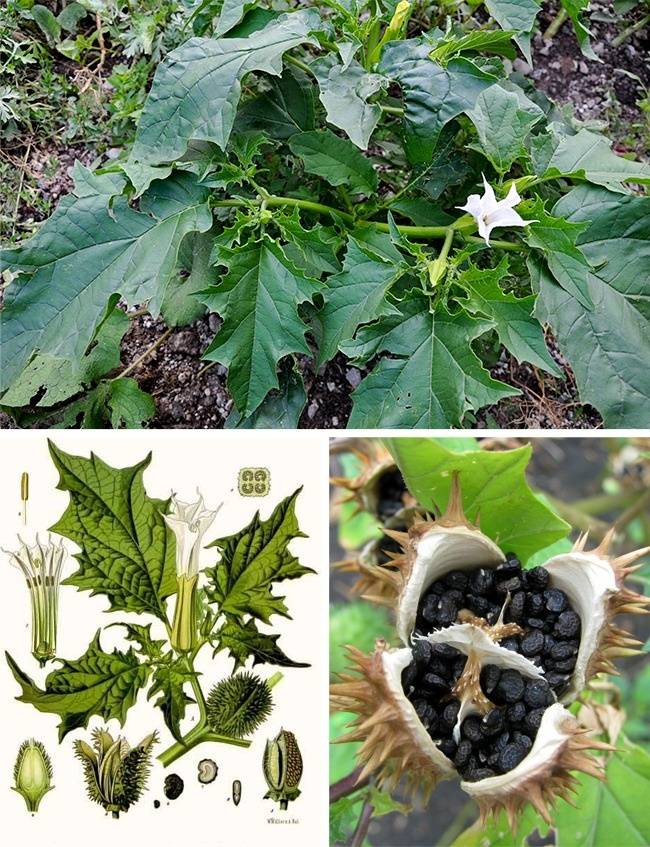 Where it occurs: In temperate regions of Eurasia. One species grows in the USA.

It’s a giant and rather impressive-looking plant, but be careful not to take photos of yourselves next to it.

Why it is dangerous: Some species contain furanocoumarins that cause painful blistering under sunlight. If some hogweed sap gets on your hand, wash it and protect it from sunlight for about 2 days. 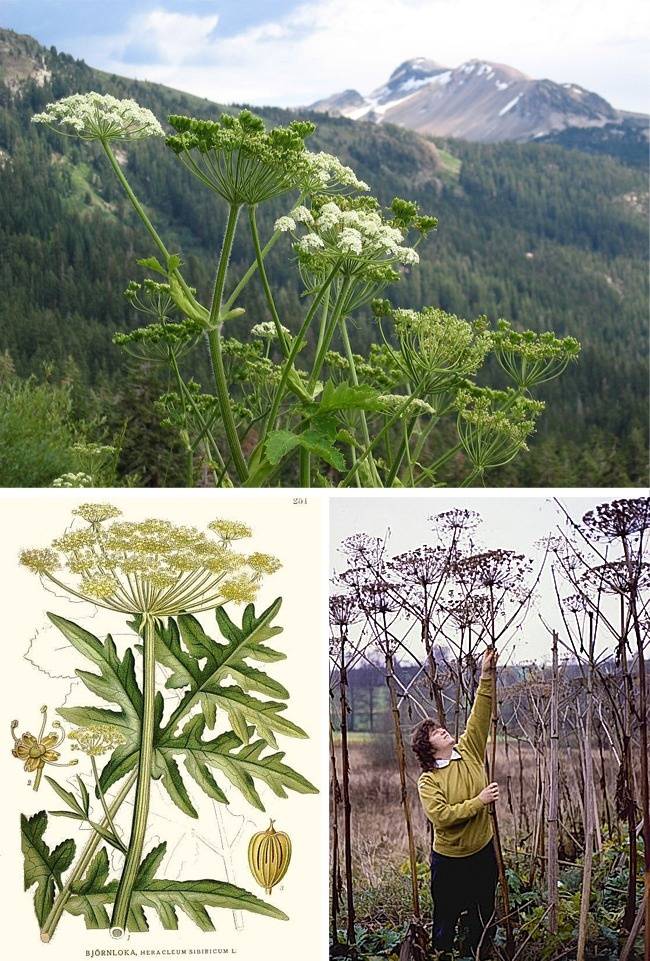 Sun spurge is a common Nova Scotian garden ornamental, even thriving on old home sites. Its sunny yellow flowers and capsules often attract curious fingers. Sometimes, the seed pods are mistaken by children for an edible fruit, with unpleasant consequences. In addition, the sap, a latex can cause intense pain in the mouth, vomiting, and other signs of poisoning if ingested.

If you grow this plant in your garden, keep your children away from it, please! 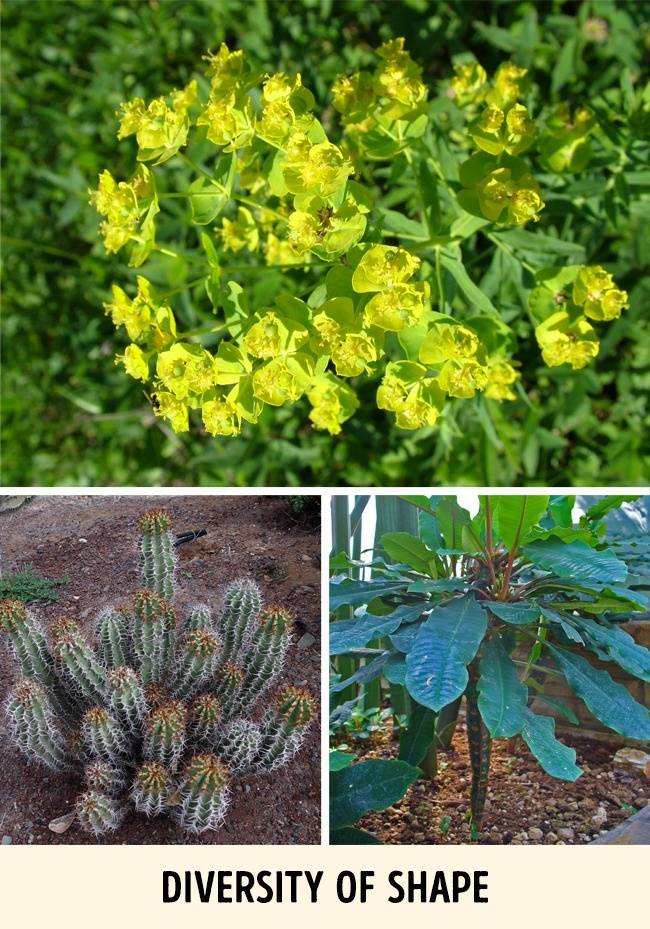 Children and others sometimes mistake the seedpods, which resemble capers, for the edible fruit of other plants. Children have been fatally poisoned by sun spurge seeds, for example. Another possibility is medical abuse; there is a case on record in which a woman used snow-on-the-mountain as an abortive, with fatal results. Luckily, in most species, the sap tastes so bitter that few victims persist in eating these plants long enough to be seriously affected.

All spurges cause vomiting, nausea, and/or diarrhea if they are eaten. If that’s not enough to keep you away, consider that handling some species, such as crown of thorns and poinsettia, can cause skin rashes, blistering, and eye irritation (remember your mother telling you, “Don’t rub your eyes with those dirty fingers”?). High doses result in intense burning of the mouth, throat, and stomach; uncontrollable salivation; convulsions; and sometimes, coma and death. So, grow the pretty plants in your house or garden, but wear gloves to prune them and discourage the cat from trying a bit of salad, please.

The garden vegetable's stems make for delicious pies, but don't try using leaves. Eating too much will shut down the kidneys, occasionally proving fatal. 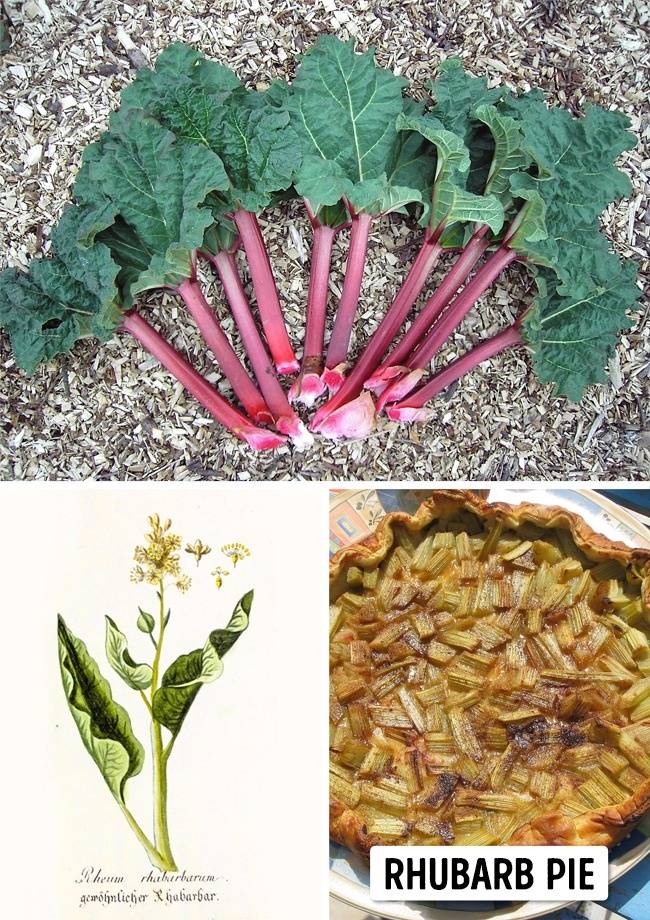 This plant, commonly known as Belladonna or Deadly Nightshade, belongs to the Solanaceae family of plants. It’s native to Europe, North Africa, Western Asia, and some parts of Canada and the United States. The toxicity of the plant is due to the naturally occurring tropane alkaloids. The nasty part is that any part of the plant can be lethal, from its berries and leaves right down to the roots. 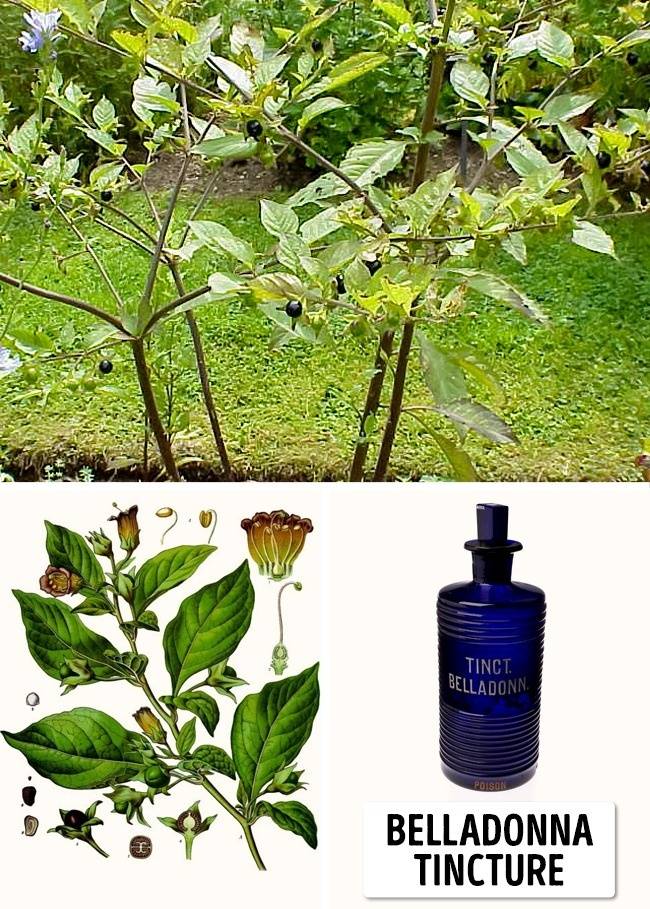 The plant has glossy leaves and coarsely toothed segments.

Castor oil is used in many houses around the world and I have even taken some as a laxative but the seeds are dangerous. They contain a toxin called ricin and ingestion can lead to throat and gastric system burning, a pain and bloody diarrhea and death. The plant is also the Guinness holder of the fastest death.

It is a tropical plant and can easily grow as much as – 9 feet in one season. The seeds that are our concern, grow high in the plant and probably easily out of reach of small children. Removing the seeds from their pods can be challenging but an easy trick is to leave the seeds in a greenhouse over the winter months and the seed pods will explode by themselves.

Two seeds can kill one grown up.

Where it occurs: In the temperate zone of the Northern Hemisphere. Prefers damp spots or bogs.

There are several species of buttercups, and many of them are poisonous.

Why it is dangerous: It contains caustic sap that can leave blisters on the skin. On contact with mucous membranes, it provokes coughing and larynx spasms. If the sap gets into your eyes, it can cause temporary blindness.

Whether this parasitic plant (which probably makes an annual holiday appearance in your home) can cause death has been debated, but it can cause digestive problems, slowed heartbeat and hallucinogenic effects in humans in large doses, and is of particular harm to pets. 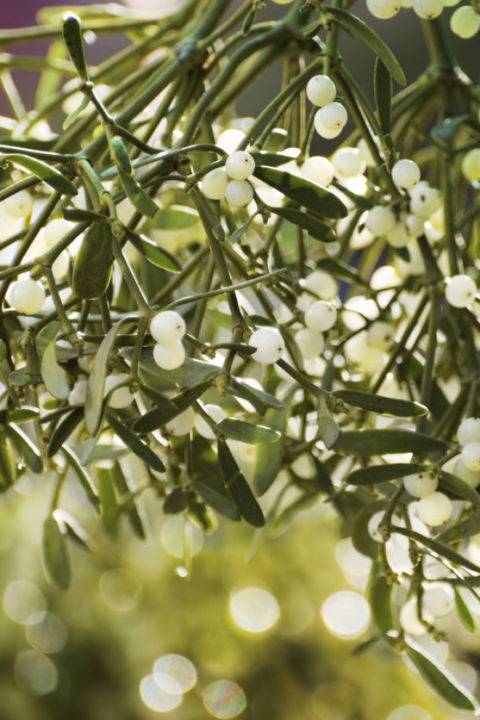 This entire plant is poisonous (save for the berries), but the seeds are the most toxic. The alkaloids throughout the yew can cause convulsions, paralysis and, in extreme cases, heart failure. 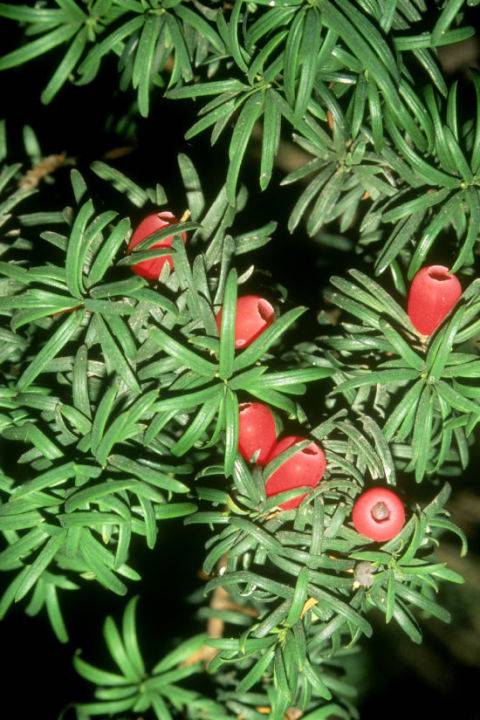