Posted by Annie N. in Relationships On 14th October 2021
advertisement

Relationships come in all shapes and sizes but the most debated ones are when there is a large age gap between the two parties. These Redditors discuss whether it is possible for a 30-year-old to date a 19-year-old. 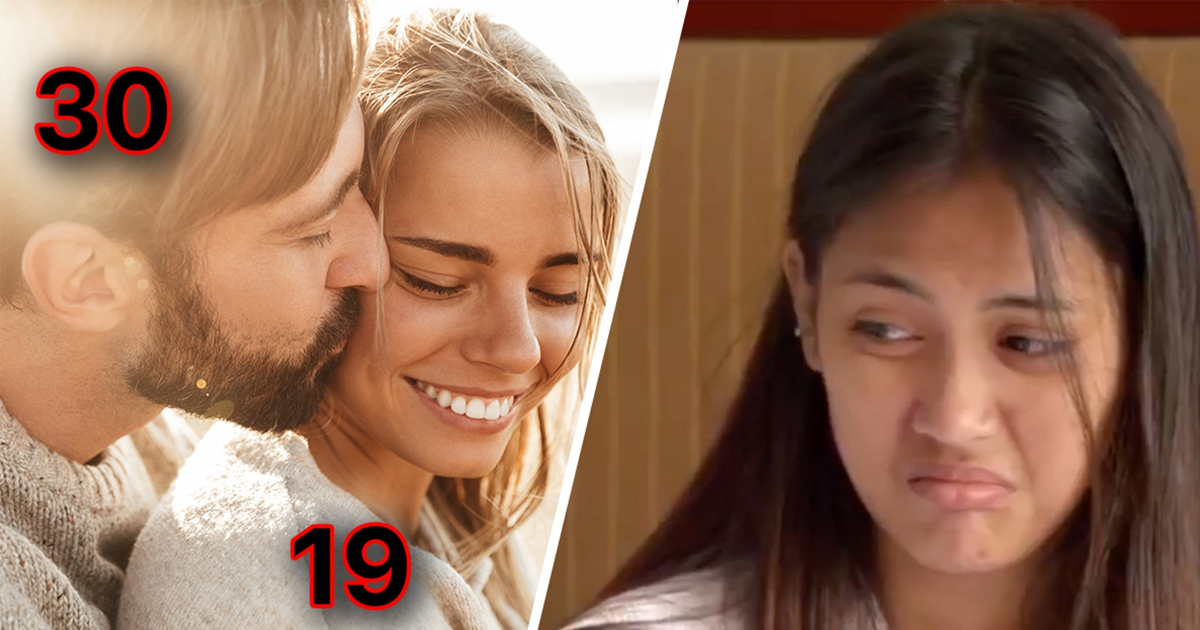 They say that love is blind but the real world brings with it a lot of practical questions that may really put that blindness to the test.

u/hazelnutmacchiato1 on Reddit decided to pop the question on the popular forum.

While most questions get lost in the menagerie of Reddit questions, this one really sparked some passionate debate with people chiming in with their own opinions and experiences on the matter.

The more prevalent opinion was that dating a 19-year-old as a 30-year-old was a big no-no. While an 11 year age gap isn’t the most unusual thing it tends to work when both parties have grown up a little.

This user said, "When I was 19 I wouldn’t have thought it was a big deal. Butttt I was also a moron when I was 19 lol

This user was young when she married and found herself unhappy despite the two decades she had committed to the relationship.

"Met my ex husband when I was barely 21 and he was 29. Married for 24 years, most of them miserable for me. I guess the simple reason is that I grew up and changed, and he was already grown and stayed the same. We've since both moved on to much more compatible partners, but he still says, "I never should have married someone so young!""

The truth is that people entering their 20s have very different priorities when compared to those that are leaving them.

"As a 29 yr old I don’t date unless people are 24-25+ It’s more so maturity gap and the phase in which most gals are in. 22-24 right outta college, not really settled down yet and still partying like they’re in college etc. and don’t know what they want. I know not the same for everyone but that’s the main reason."

This user who dated an older woman also had a similar experience.

"This was me. I (18m) met her (30f) when I was moving into the apt she was moving out of. I was going to school and she, into assisted housing. We were together about a year, and were talking about marriage when my parents asked me to come home, alone one weekend. Stepping away helped me to see all of the possibilities. A fiery breakup ensued. Looking back, the age separation was one of the smaller issues. This was when I learned to walk away. She was done having her adventures. I needed to have my own."

This user pointed out that while the two could perhaps sustain a casual relationship, a long-term one may be tricky to handle.

They also provided some advice on how it could possibly work.

For some, the jury was still out based on the context of the situation.

There are however some happy stories that have come out of this sort of union.

"I met my wife when I was 20 and her at 38. Been married now for 15 years and still going strong. We have similar outlooks on life, we get along brilliantly and never argue. Happiest I've ever been and wouldn't change a thing. It works for some, age isn't everything. The only downside is she gets to retire before I do, but having a job I love doesn't make that much of an issue."

For some, the fact that a 30-year-old would pursue a 19-year-old in the first place was a red flag in itself.

"And I wouldn't trust another 30 year old who would WANT to date a 19 year old because it is doubtful there are good motives. I'm sure there is some variation from person to person. But in general, I think back to when I was 19, and all the people who were around me when I was 19, and the thought of a romantic relationship with them at this point in my life makes me want to pull my hair out."

This user put it succinctly.