Max Ehrich, 29-year-old Under The Dome star who got engaged to Demi Lovato and their engagement of two months broke off a few weeks back took to Instagram Live to share the truth of his part. However, social media users did not fall for his act and called out the actor for being manipulative and shared screenshots of his old tweets as evidence in which he could be seen declaring his love for other female celebrities. 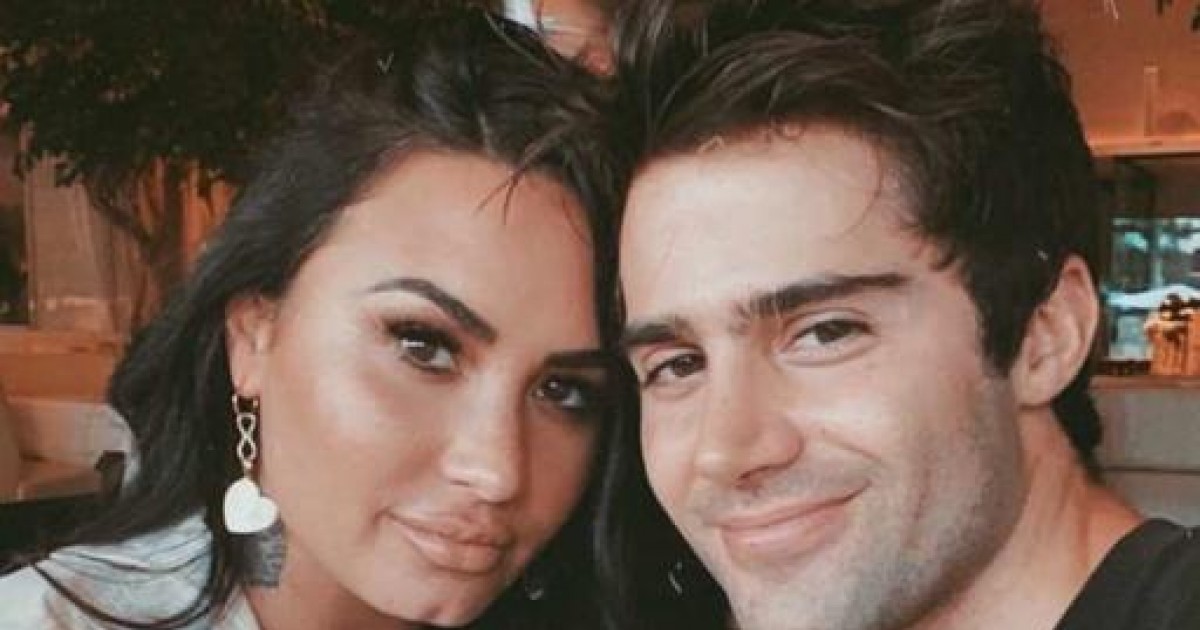 Demi Lovato's ex-boyfriend Max Ehrich took to Instagram Live to talk about his breakup with the singer, accusing the star of using him as a "pawn" in "a calculated PR stunt".

It was reported last month that Demi broke off her engagement of two months with Under The Dome star. A source close to the singer reportedly told TMZ: "It was a tough decision, but Demi and Max have decided to go their separate ways to focus on their respective careers." 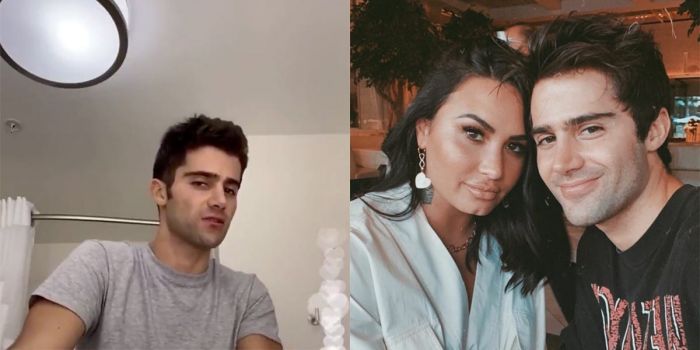 However, it was after a few days of the breakup announcement that Max took to Instagram Live to share his part of the truth:  "I'm here to just share my truth, and I think people deserve that."

During his live stream, Max who looked like he was making his best effort to cry said: "Stop using me as a pawn and a PR stunt. Stop." 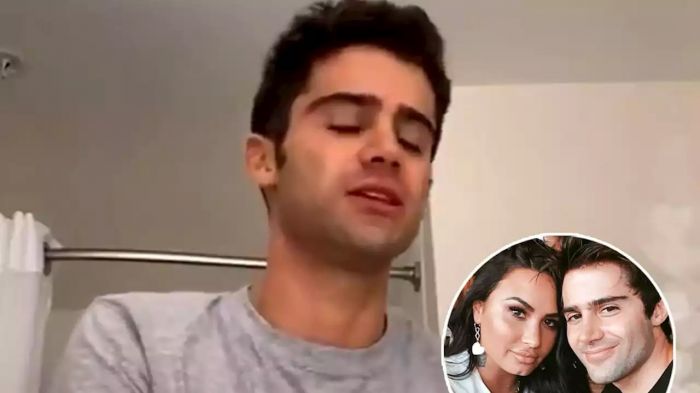 Adding a sarcastic tone on top that he added: "Just like, make art. I'll support you.

"You're all great, you're awesome. Literally just like, leave me alone. And stop using your millions of dollars to write false, fake news about me." 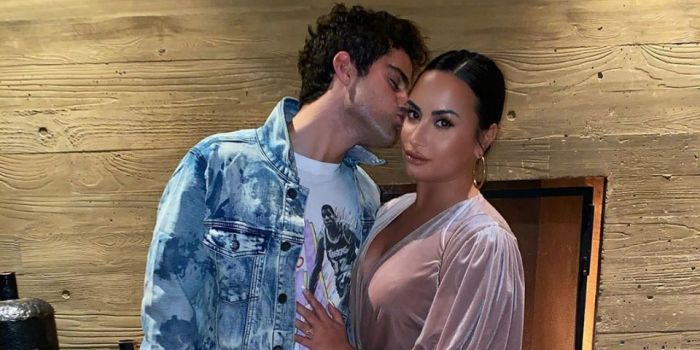 Though it is still unclear whether Max was targeting this to Demi or indirectly to the media in general.

Max added: "I'm a person. I'm a living, breathing person with feelings, with blood in my arms. If y'all wanna villainize me, literally say whatever you wanna say at this point." 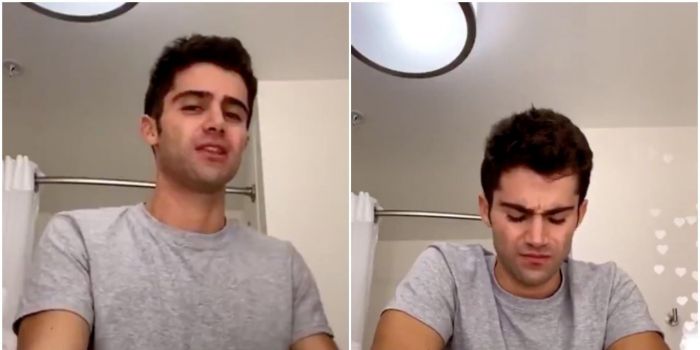 Speaking out on Demi's latest single 'Still Have Me', Ehrich said: "I was in love. The whole world should frickin' know it. I thought I found the real deal. Now I found out that I was used.

"But I hope the song's No. 1 because, you know what, if that's what someone wants in the material world — here you go, you have it. I hope this makes you happy. Enjoy. You just lost someone who loved you fully, completely, infinitely, for everything."

He added, "I'm truly not sure how much more of the manipulated media & cyber bullying me as human being can handle before it's too much to breathe," he wrote.

"I ask you kindly to please stop and see a hurting human being behind this phone screen who just publicly had his heart shattered."

However, after Max's video circulated on social media, it seems like the Internet didn't fall for his Live session and many ridiculed him out for being manipulative and gaslighting the situation.

In one of the tweets allegedly penned by the 29-year-old actor, he states: "I'm going to marry @SelenaGomez".

max ehrich went live and fake cried over his breakup with demi lovato. since his break up he’s been publicly manipulative and erratic. this is exactly how men gaslight you into thinking you’re responsible for his mistakes. it really happens to all women... pic.twitter.com/pp8KGhBVwy

According to  Yahoo, the tweets are unable to be verified due to the fact that Ehrich has deleted his Twitter account, but that definitely didn't stop people from digging an old video of Max where he discusses his crush on Selena Gomez.

"And I—my teenage self, like, said it in an interview as well so it’s kind of been this ongoing thing but then like obviously I put it out on Twitter, and I didn’t even realize that would catch like—that people would take that like seriously."

Max at the time described Gomez as "an angel" and declared "I love her".

In response to all the posts about Max on social media, Demi defended her then-fiance and took to her Instagram Stories to state how the tweets were "fake" and slammed anybody for sharing them.

"It’s really sad when people FAKE images to put women against each other. If women have conflict that’s between them NOT YOU. Secondly, don’t y’all have more important shit to write about in 2020??? I challenge any tabloid that dares to type my name to mention Breonna Taylor and the fact that her murderers still haven’t been arrested. WRITE ABOUT THAT.

"But then I stop and think.. it’s hella rude but damn.. I get it. And I don’t wanna look at what’s really happening in the world either but WE HAVE TO. Yes, it’s easier to tear apart celebrities and their relationships because 2020 sucks and scares the shit out of us all but it’s only gonna stay terrifying until we address it all and WORK ON SOLUTIONS TOGETHER.

"So while on one hand I understand and have compassion for those who are so horrified at the reality of 2020 that they gotta distract themselves with doctored images in order to not focus on how bad these times are—but on the other hand, if you aren’t 13 years old trying to grasp the reality of right now, put on your adult underpants and write about what actually matters. Please."

This, however, did not stop the Internet and social media users shared past tweets of Max in which he could be seen sharing amorous thoughts about other female celebrities like Miley Cyrus, Gigi Hadid, and Ariana Grande.

One Twitter user shared a selection of screenshots, of Ehrich's suspect social media actions, along with the caption:

"You can literally see here he’s said the exact same thing as he did to every other celebrity and demi was the only one to let him in her life. Max is using demi to boot his career and it’s worked. I really do feel sick."

Uh oh does that mean she can see all your tweets about being in love with Selena Gomez??? 👀 pic.twitter.com/Bl4yR01AKD

Another also shared a selection of Ehrich's interactions on female celebrity pages and wrote:

"#MaxEhrichIsOverParty max ehrich is a creep that has tried to get famous women’s attention for years (especially selena gomez) he is a clout chaser and was even commenting on many other women’s posts a few days before he got with his fiancé, demi lovato. [sic]"

According to an article by PEOPLE, Demi subsequently ended the relationship after she "learned the painful truth about her ex-fiancé Max Ehrich's intentions".

#MaxEhrichIsOverParty max ehrich is a creep that has tried to get famous women’s attention for years (especially selena gomez) he is a clout chaser and was even commenting on many other women’s posts a few days before he got with his fiancé, demi lovato. pic.twitter.com/E37ccIOUoP