Posted by Abdul Rafay in Bizarre On 17th June 2021
ADVERTISEMENT

A vegan mum has expressed her displeasure after getting a 'disgraceful' note from the restaurant wait staff. On Sunday, Lisa Cooney, of Edinburgh, was dining with her family at Ravelston House in Musselburgh when she asked her server which of the menu items were suitable for vegans. 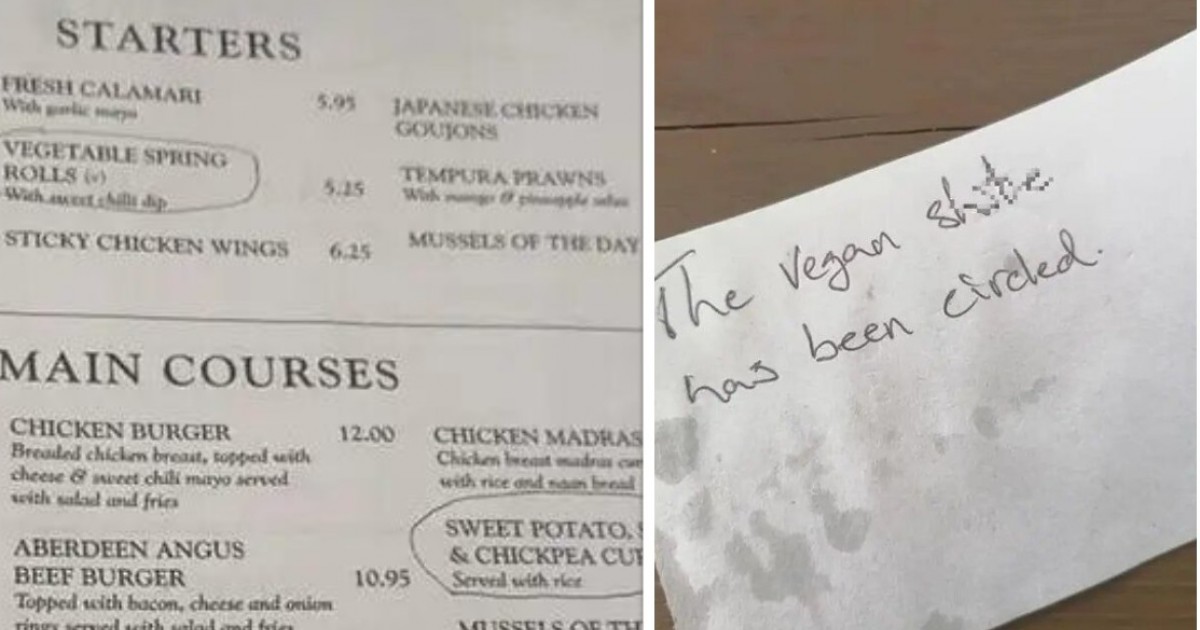 While dining with her family, a Scottish woman was shocked when she noticed a sweary note remarking her vegan diet.

Lisa Cooney had inquired about vegan options on the menu, and the staff proceeded to inquire about the kitchen.

They came back with a note that read: "The vegan s***e has been circled." 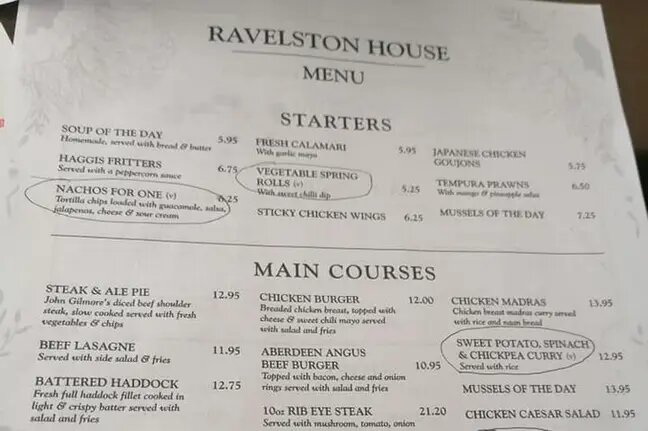 The note, which was possibly written by the chef, was given to waiting staff before falling from the bar and being discovered by a member of her family, who revealed it to her.

Cooney was out for a meal at Ravelston House in Musselburgh, enjoying the fact that Covid-19 rules have been relaxed in Scotland, and asked the staff if they could point her in the right direction for vegan options on the menu. 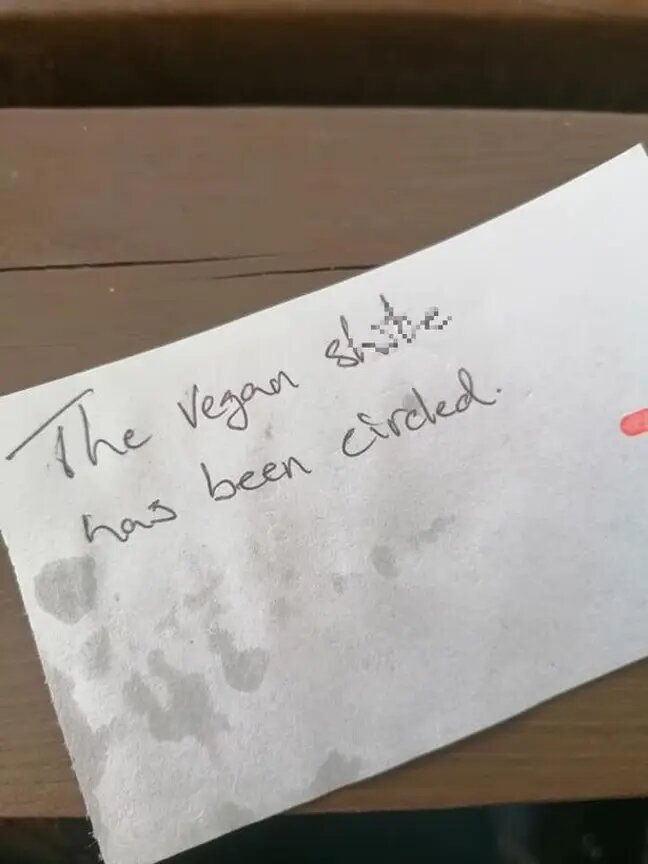 Lisa and her family saw the unpleasant letter had fallen onto the floor when the member of staff came with a menu with the vegan-friendly options marked on it.

When Lisa saw the note's contents, she was understandably outraged and upset. Wouldn't you be if I told you?

She told Edinburgh Live: "I dined today [May 30] for lunch with the family who is visiting for the weekend.”

"I asked what options were vegan and the barman said he would ask the chef, he came back with the menu which had the items circled and he put the note on the bar, it fell from the bar and my dad picked it up and showed it to me."

She continued: "When I first read it I was in disbelief, then I was angry and upset, it's insulting and so unprofessional. Also, the total disregard for any potential allergy is a worry.”

"For a chef to have that mentality is quite shocking. I went and spoke to the manager after my family had finished their meal. He apologized and agreed the note wasn't acceptable."

Despite her irritation with the note, Lisa claims that the restaurant's assistant manager spoke with her and her family as they left and seemed much more tolerant of the issue.

At this point, it's worth noting that the message may or may not have been written by the chef.

Still, it's not exactly what you want to see while you're out with your family trying to have a nice meal.