Posted by Sama in Bizarre On 27th June 2021
ADVERTISEMENT

This girl's viral TikTok video has left the Internet in debate with the majority supporting her and saying that it was messed up on Disney World's behalf to make her change her clothes. At the same time, some people claim that there is nothing wrong with following the dress code restrictions of the amusement park. Go through the article and let us know on which side you stand. 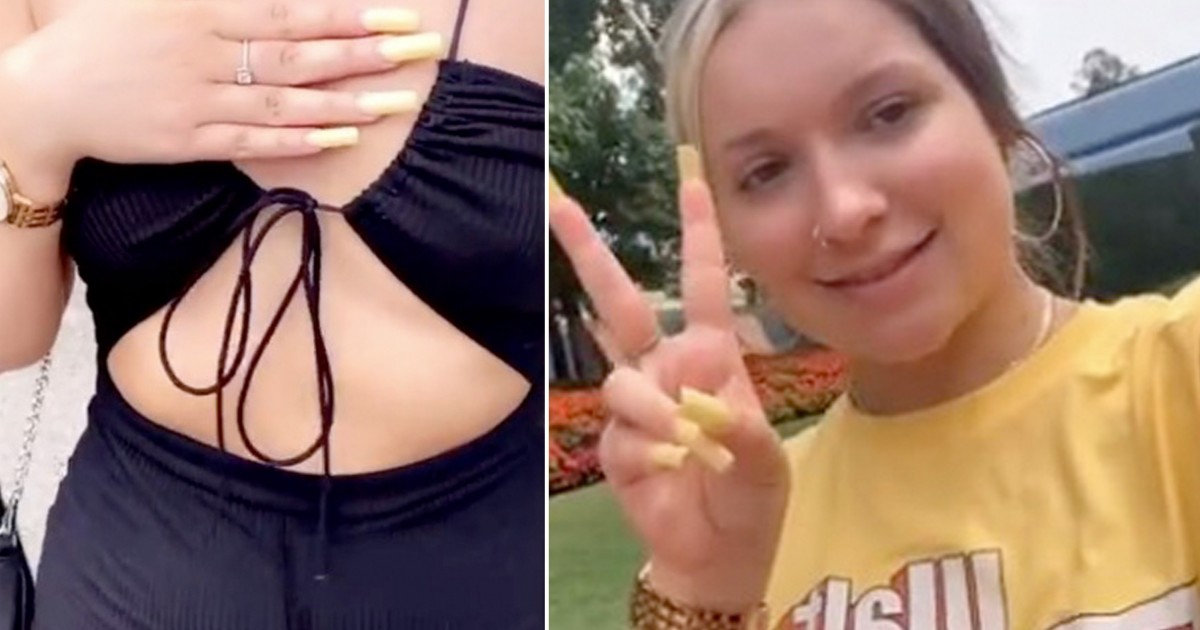 One young woman took to TikTok to furiously claim that she was forced by the Disney World staff to change her strappy top to a gift shop t-shirt as her shirt was deemed 'inappropriate.'

Alyssa Schueller, from Ohio, was on holiday in Epcot in Orlando, Florida with her family when she was stopped by a member of staff. 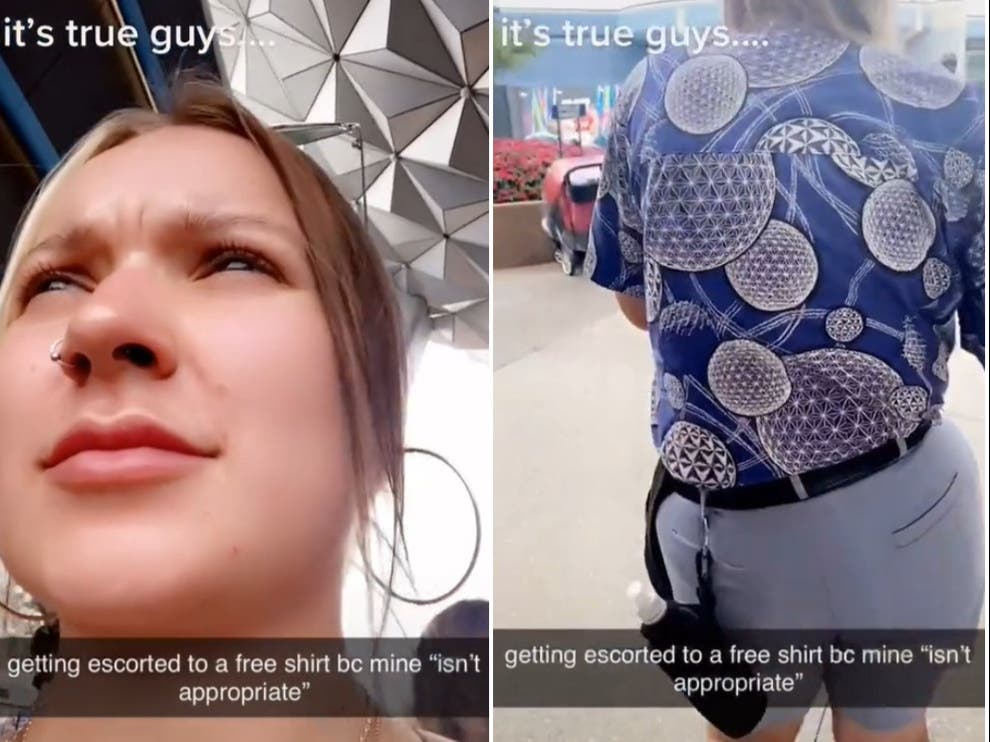 The 22-year old was wearing a strappy top but was informed by the management at the amusement park that her clothes were not in accordance with the dress code and was forced to change it.

Not even giving her the choice to change her top to something she prefers to, she was forcefully given a gift shop 'free shirt.'

The entire humiliating encounter was recorded by Schueller as she was escorted to the gift shop and she is using her camera to recording all the while. 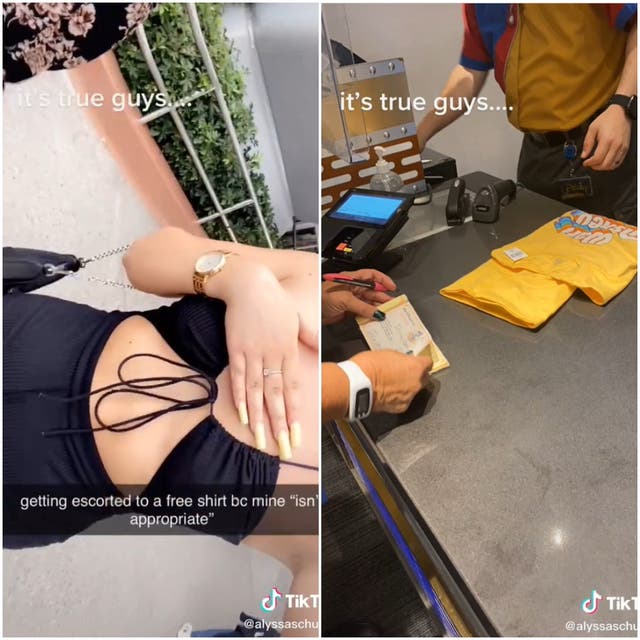 Schueller later uploaded the video with a caption in part: “Getting escorted to a free t-shirt bc mine ‘isn’t appropriate.’”

The video comes shortly after one person on TikTok shared a 'hack' that if you are wearing a shirt that shows underboob then you can literally bag yourself a free t-shirt at Disney World. 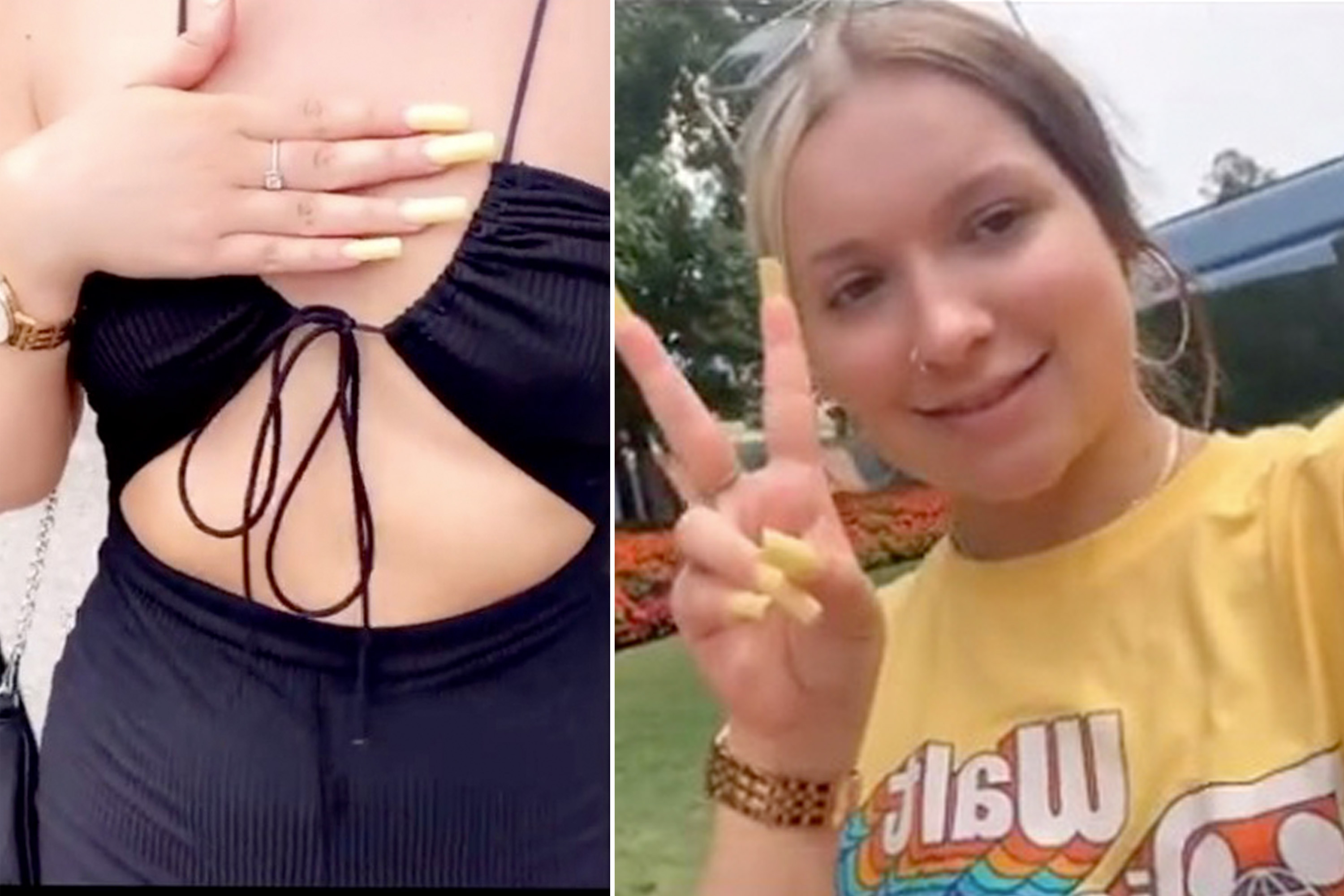 Schueller also shared a snap of what she was really wearing, that is a black strappy, bodysuit.

The video clip that has gone viral for obvious purposes shows the staff member showing her the shirt and in the next clip, she is seen wearing the gift shirt and making peace sign. 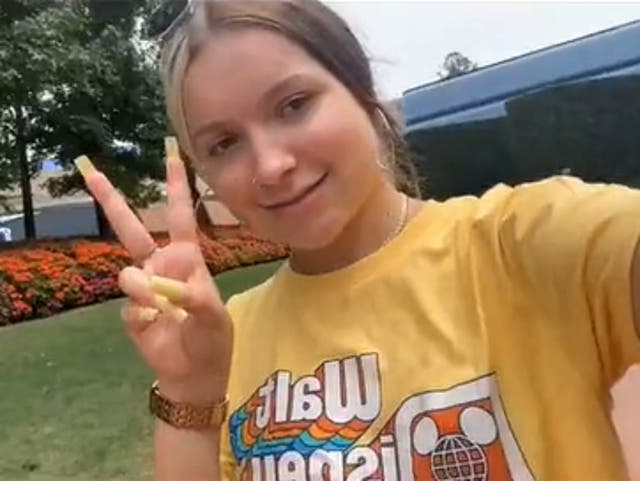 The video has gone viral and many people shared their own cents on the situation and pointed out that they saw no problem in what she was wearing.

One person said: “Why does it matter what she’s wearing if she’s paying a fortune, just to get into the park anyways.”

“Girl you scammed Disney out of free merch. You should be proud,” another added.

Someone else wrote: “Wouldn’t kids see the same thing if they went to a water park...”

“I don’t see anything wrong with your outfit,” a fourth person replied. 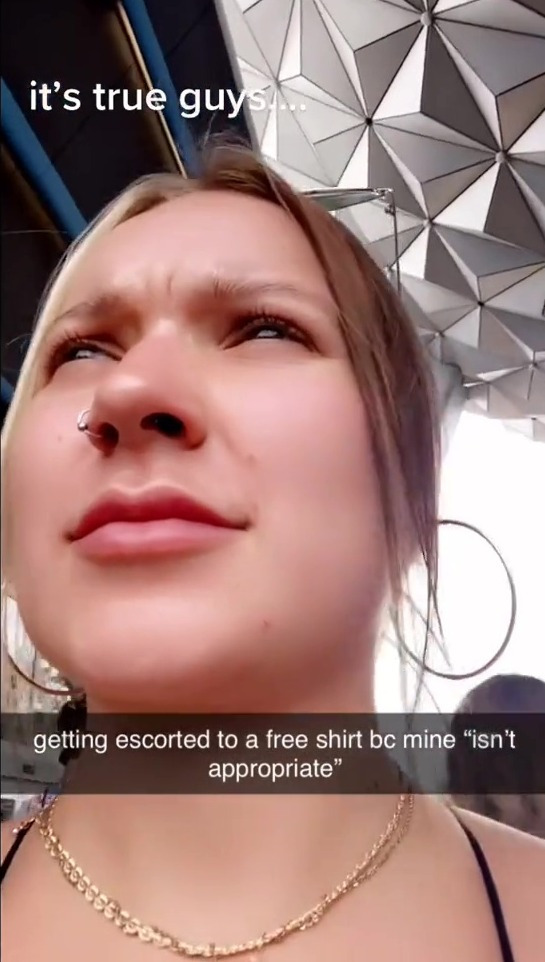 Though, there were some that agreed with the staff member.

One person wrote: “Maybe so you don’t flash families on rides???”

“Why are you dressed like your going to the club tho? You’re at Disney,” another said.

Someone else replied: “They have a dress code, so this one’s on you bestie.”

“Yeah. I worked at Disney and shirts like that with strings aren’t allowed because anyone can just go behind you and untie it,” a fourth person commented.

After facing some criticism on the situation, Schueller added an update post to clear her position.

She wrote: “FYI I was at Animal Kingdom ALL morning without an issue. Went to Epcot and this happened. Went back to AK and had no issue once again.”

“If Disney wants to endorse a dress code then they need to do just that. But the inconsistency...” she added.

Talking about the amusement park, Disney World requires all guests to wear “proper attire,” and has cleared that it reserves the right to deny admission or remove guests wearing clothing that is “considered inappropriate “or “attire that could detract from the experience.” 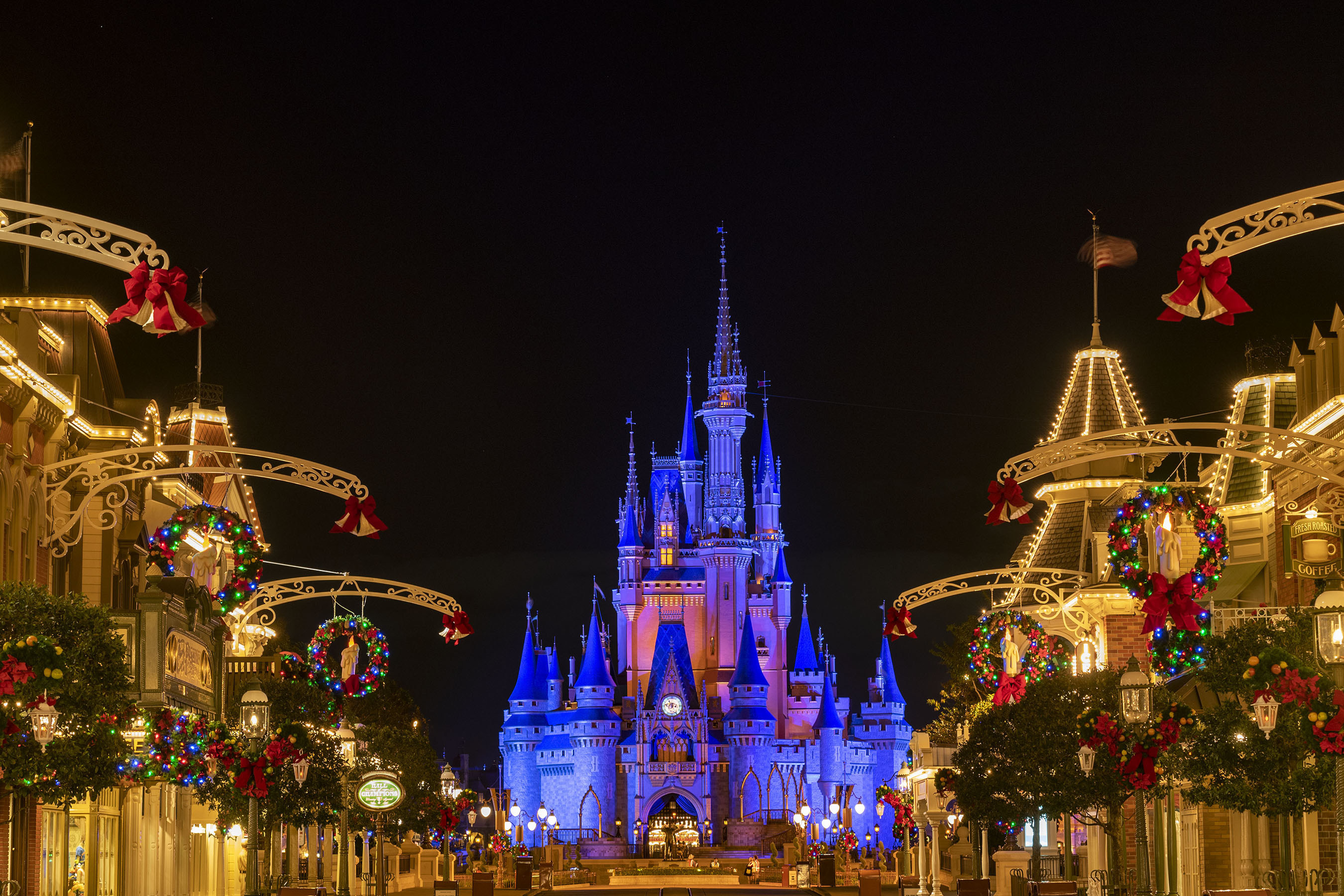