Disturbing Video Shows Black Woman Hogtied, Upside Down In Back of Police Cruiser

Footage released on the Internet shows a black woman hogtied in the back of a police cruiser in Colorado. Desperate with her pleas, the woman says in the video, “Please don’t let me die back here, officer! Please, officer, I’m a good person, I really am … Please let me out. I’m sorry. I didn’t mean to disrespect you.”

At one point the shocked woman says, “I’ve never felt so much racism in my life.” 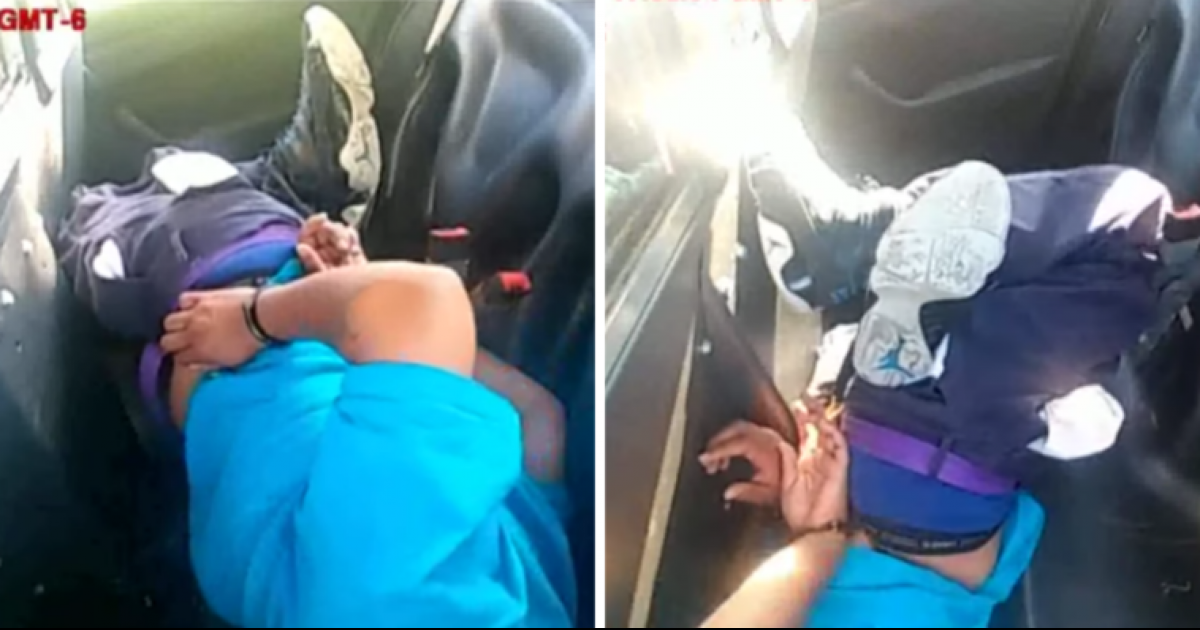 A disturbing video shows a black woman hogtied in the back of a police cruiser in Colorado. Reports show the woman fell headfirst onto the floor and rode upside down for more than 20 minutes while screaming for help.

The police bodycam footage of Shataean Kelly — recorded during her Aug. 27, 2019, arrest and the footage was played at a civil hearing in Aurora Wednesday for ex-officer Levi Huffine, who was fired over the incident and is appealing his termination, according to CBS Denver news. 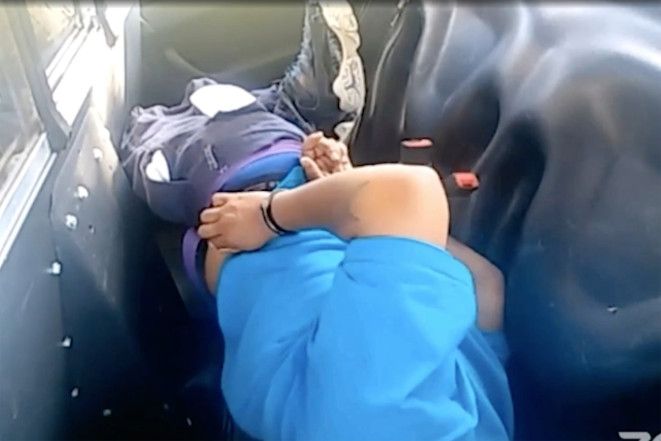 “In my opinion, she was just tortured back there. It makes me sick,” said Aurora Police Chief Vanessa Wilson during the proceeding. “We are not judge, jury and executioner.”

Kelly had her worst and ankles tied together with a black cord attached to a loop around her waist in a restraint known as a hobble. 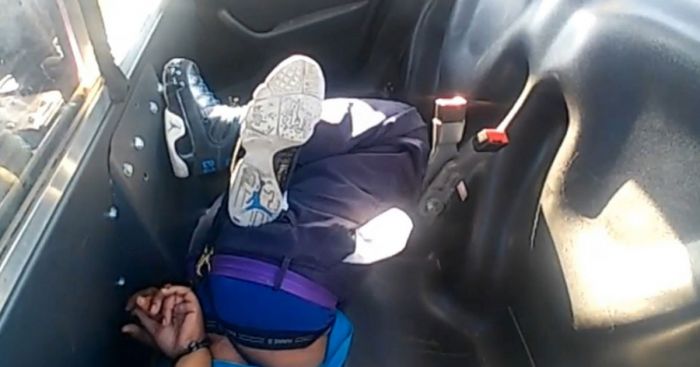 As they place the woman face down she hurls curse words at the officers.

According to the video, moments into the ride, the woman slips off the seat, headfirst onto the floor with her legs in the air.

At one point, she whimpers, “This is some slavery s–t” and “How many times I gotta beg you master?” 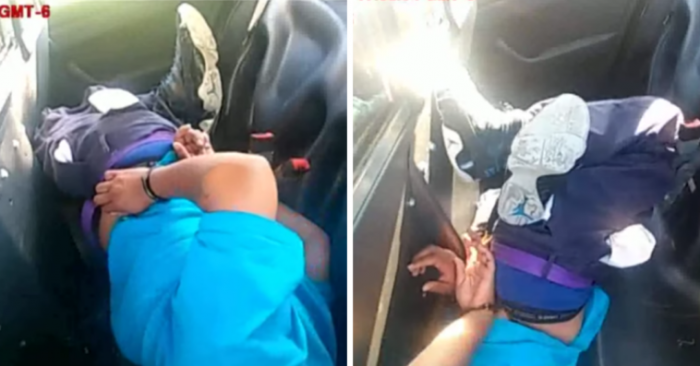 The woman becomes desperate with pleas as the ride continues.

“Please don’t let me die back here, officer! Please, officer, I’m a good person, I really am … Please let me out. I’m sorry. I didn’t mean to disrespect you,” she says in the video.

At one point in the shocking video, Kelly states, “I’ve never felt so much racism in my life.” 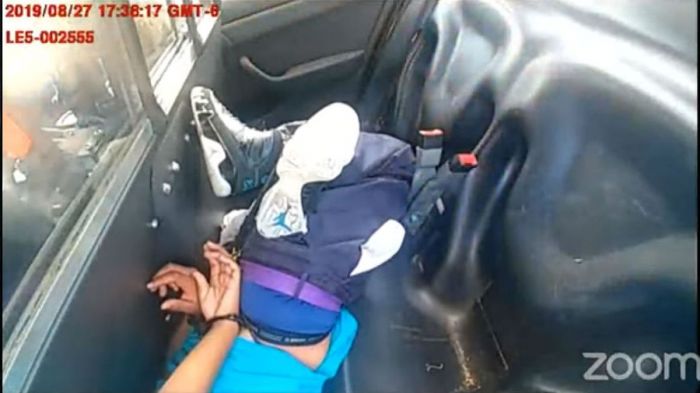 Kelly was arrested for a fight. After getting arrested she was handcuffed and placed at the back of the cruiser, she tried to open the backdoors, the footage shows. Huffine pulled her out and used the hobble to immobilize her.

During Huffine's appeal hearing on Wednesday, it was noted that the backseat door handles are inoperable, and there was no need for the ankle-waist restraint.

During the hearing, Wilson said she believed Huffine had hobbled Kelly and refused to help her after she fell to punish her for spewing profanities and insults at him.

CBS Denver also reported that Huffine’s appeal hearing is ongoing and all criminal charges were dropped against Kelly. 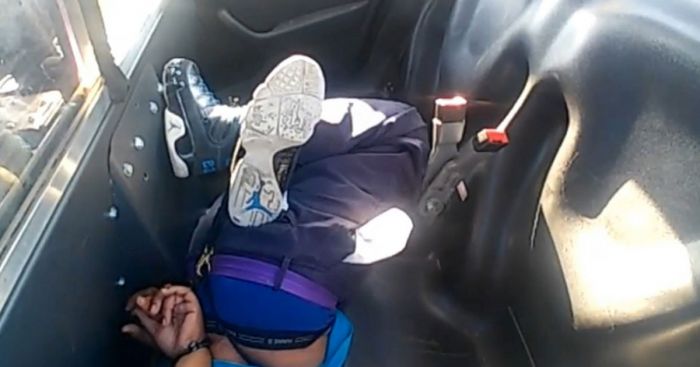 The case is currently investigated by Colorado’s Attorney General for the policies and practices of the Aurora Police Department after a troubling number of excessive force allegations, The Denver Post reported.

There is also a separate AG investigation going on to into the death of Elijah McClain, 23, who died of cardiac arrest Aug. 24, 2019, after Aurora cops repeatedly placed him in a chokehold then paramedics sedated him.