DNA Test Panic: This Tiktoker Found Out She Has 50 Siblings

Posted by Annie N. in Relationships On 6th November 2021

A woman curious about her Italian heritage decided to order a DNA test kit online only to find out she was “not as Italian” as she thought. In fact, she has 50 siblings out and about in the world. 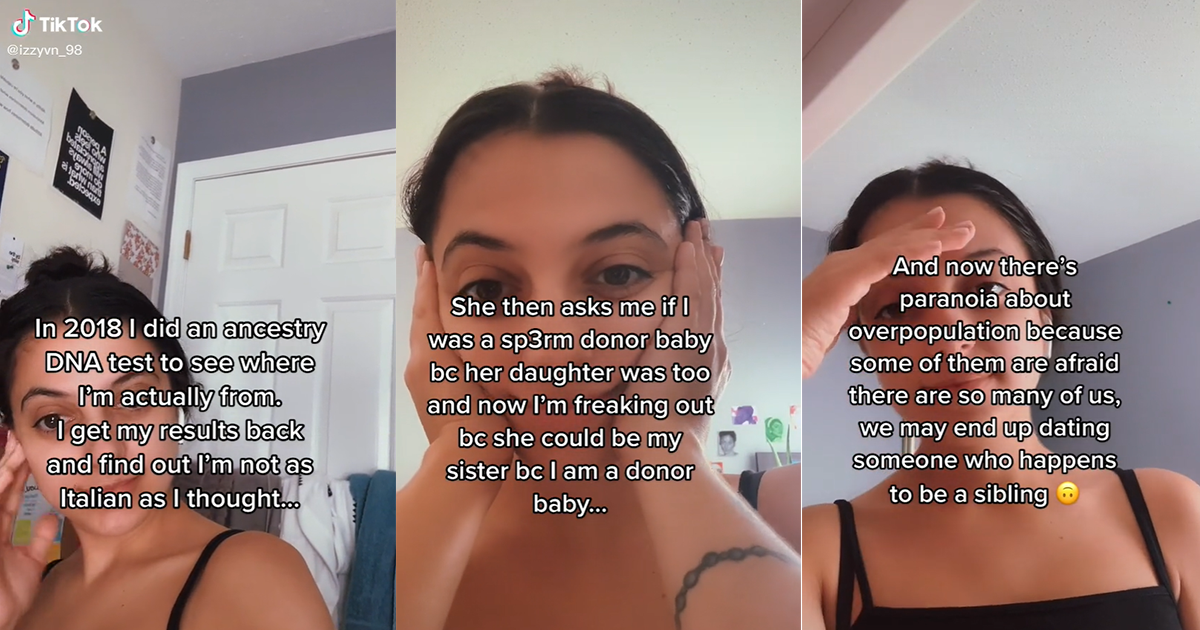 TikToker @izzyvn_98 decided to explore her lineage by ordering a DNA test kit. Izzy who thought she was Italian by birth, found out that the circumstances of her birth were not exactly what she thought.

In fact, she discovered that she had 50 siblings.

The text over the video said,

“In 2018 I did an Ancestry DNA test to see where I’m actually from. Get my results back and find out I’m not as Italian as I thought." 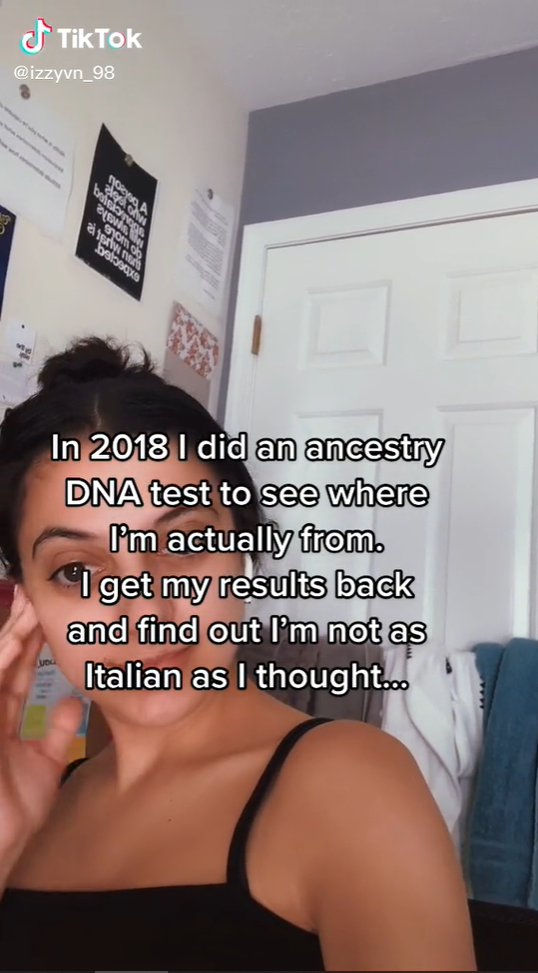 " I get a message from a random woman asking if I’m related to a specific person or family because I matched with her daughter and I said no." 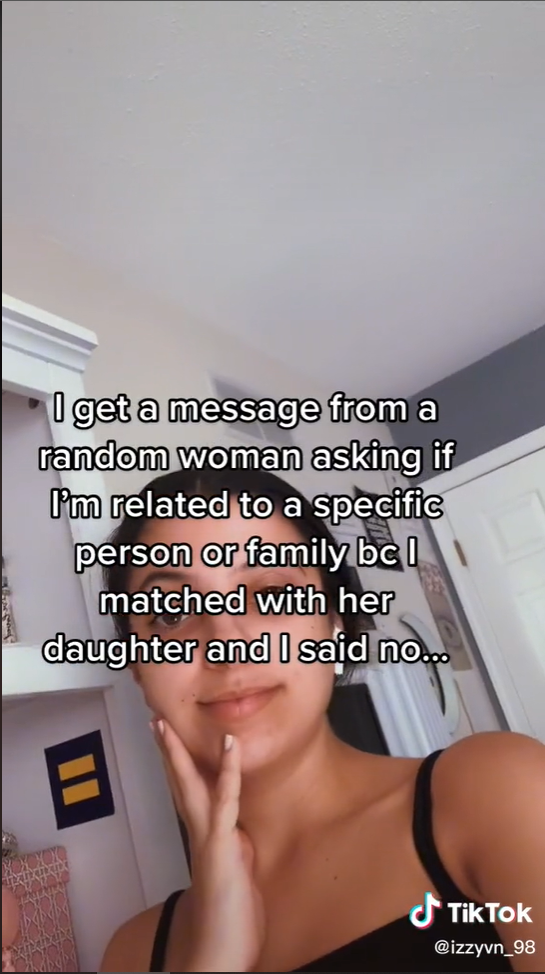 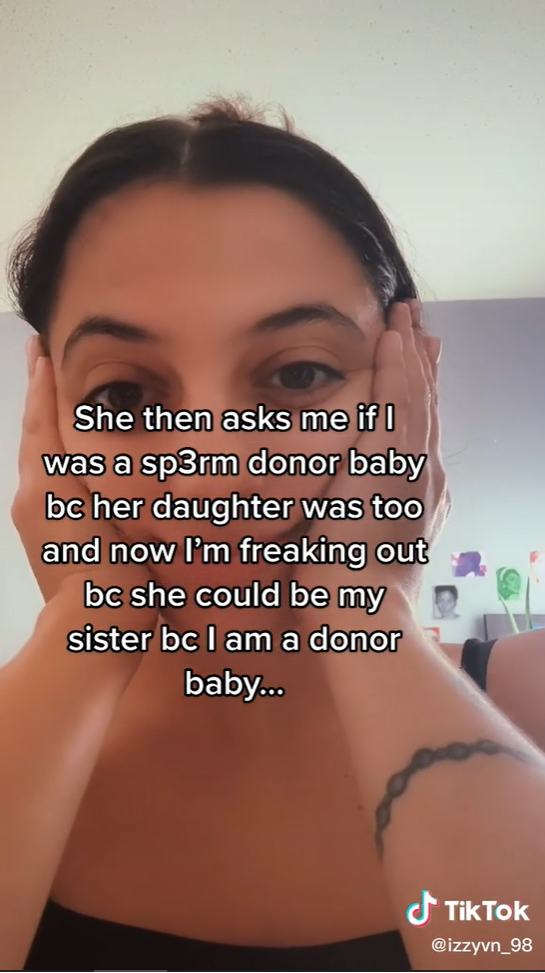 She was then able to track down a half-sister among other siblings.

“The donor’s half-sister then matches with me and DMs me saying other mothers who used the same donor, and their children are part of a private Facebook group, and that I should join too,” 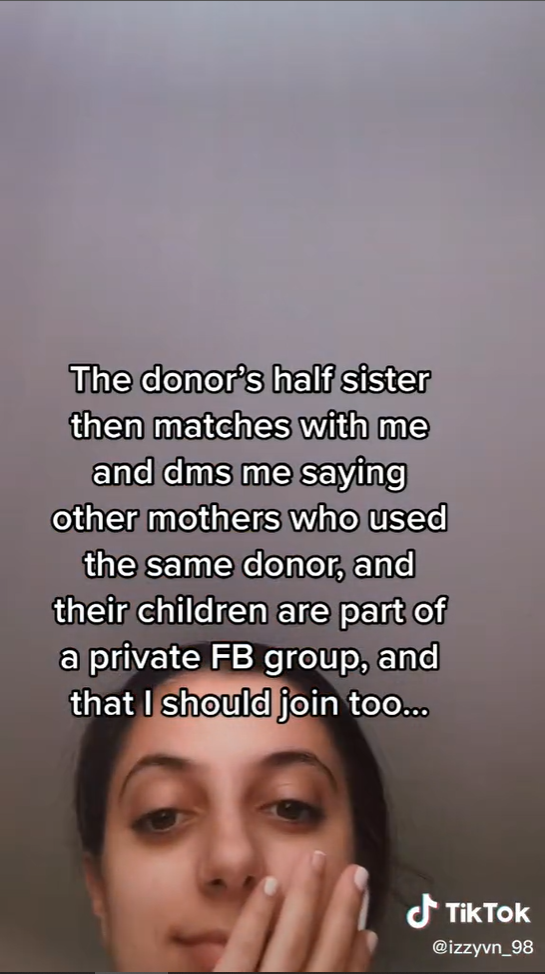 “I join the page and turns out there are 50 of us who are siblings and children of the same sperm donor… and we’re all different ages." 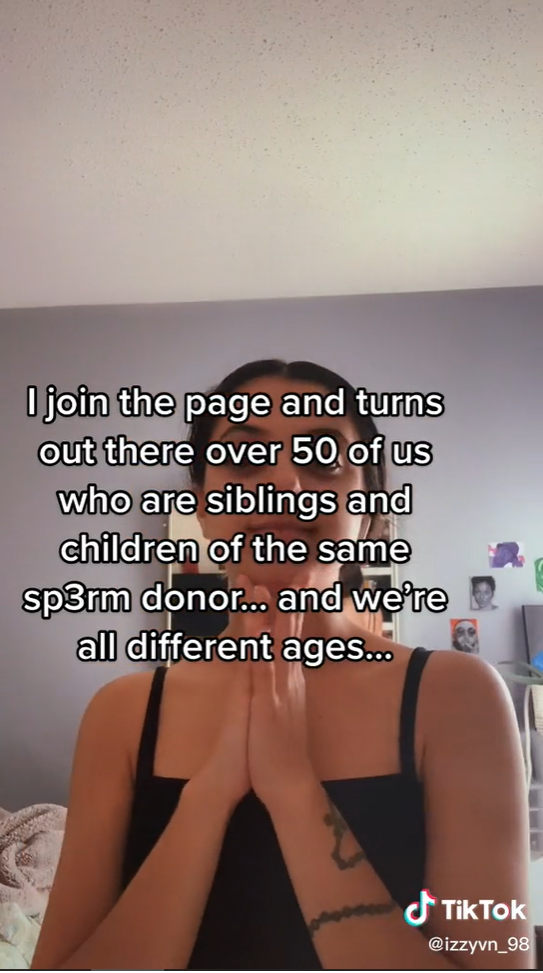 “And now there’s paranoia about overpopulation because some of them are afraid there are so many of us, we may end up dating someone who happens to be a sibling.” 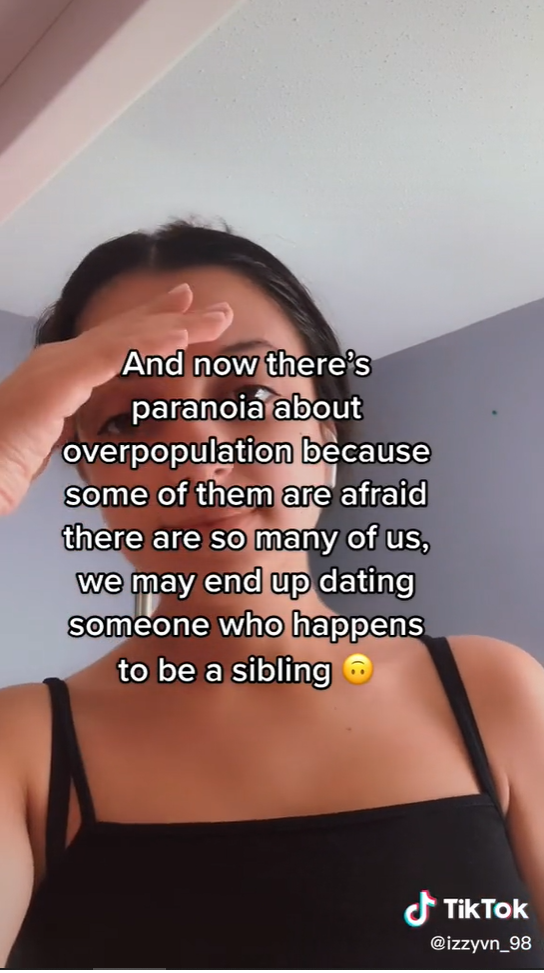 This situation, it turns out, is not as uncommon as one might think.

Children of sperm donors often find multiple if not tens of siblings that have been made through the same process. One commenter even said that they may have up to 100 siblings through their donor.

For some large families didn’t need to be the result of an anonymous donor. One commenter shared that their grandfather had 32 children all by his own accord.

Seeing the sheer number of siblings they had, commenters joked that they may have to take a DNA test before any date just to make sure they’re not actually dating a sibling.

Izzy also revealed in a follow-up video that she is a triplet. All we can say is that whoever the donor was, their swimmers tend to go really far.