‘Do You Understand English?’: Texas Officer Berates Driver For Not Having State ID

Posted by in Social Issues On 5th September 2021
ADVERTISEMENT

A video of a Texas officer has gone viral here she insists that a driver needs a state ID when that’s not the case. She berates the driver while condescendingly asking, “Do you understand English?” 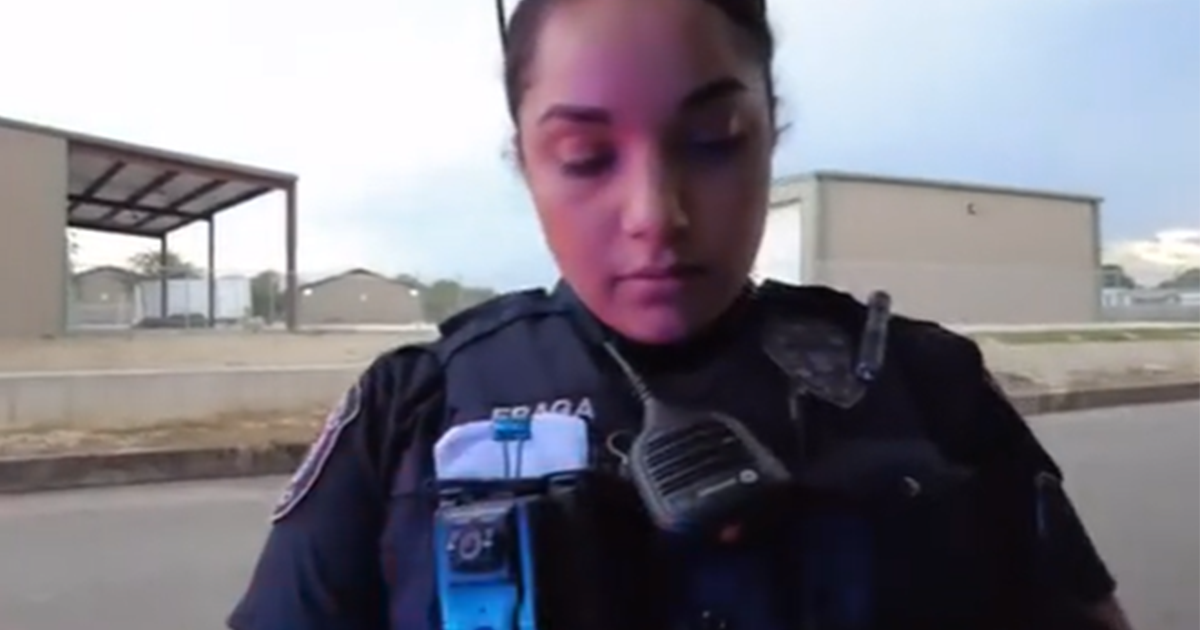 TikToker @notthisagainla posted the video to their TikTok where they showed the actions of a police officer while berating a driver for not having a state ID.

The video begins with the officer asking if the man is recording her. After getting the affirmative, she proceeds to ask, “You don’t have anything from Texas?” 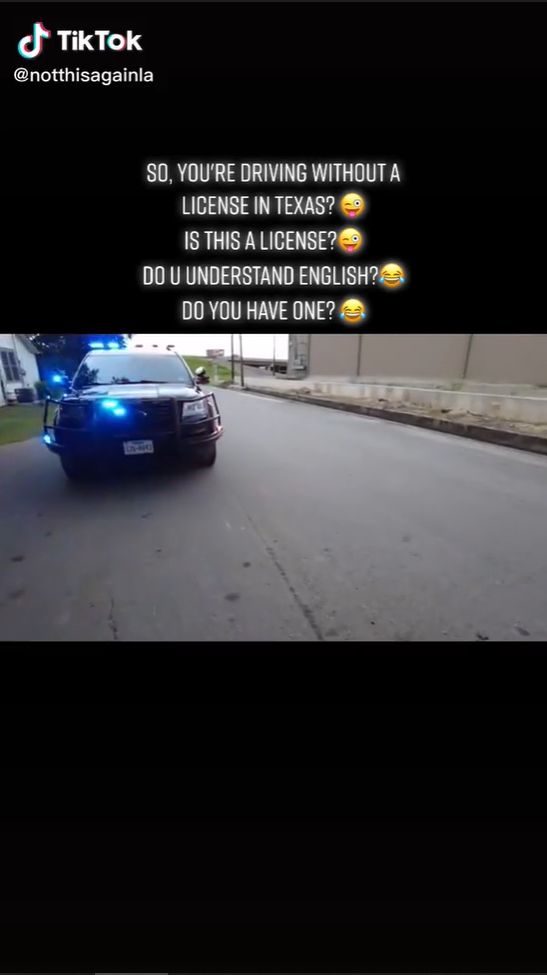 “I don’t carry a license from Texas,” he replies.

The officer then says, “So you’re driving without a license from Texas? That’s another violation.”

According to Texas laws, new residents in Texas can still use valid driver’s licenses from other states and foreign countries for up to 90 days after they’ve moved to the state. 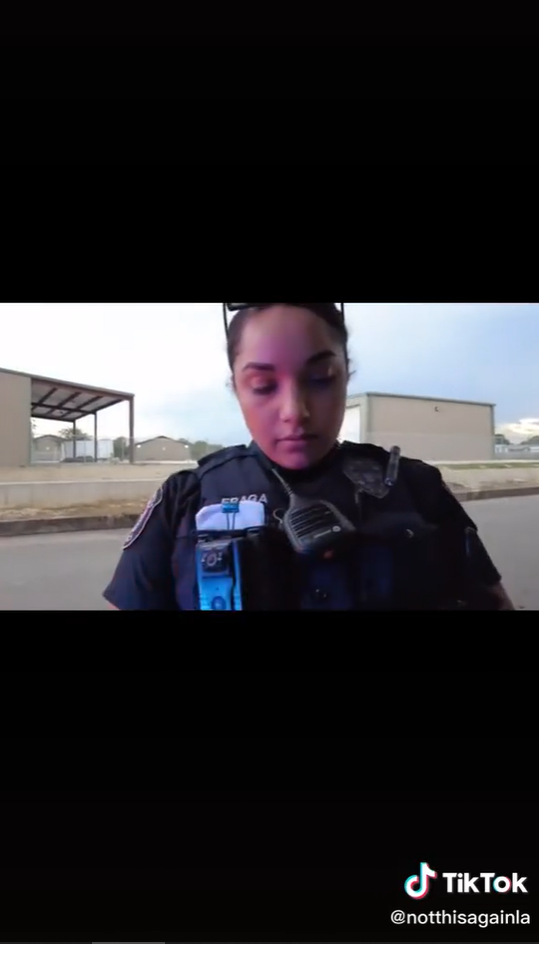 The man asks, “What violation?”

“Driving without a license,” the officer says.

“Can you read?” the now annoyed man says.

The officer now gets aggravated as well, responding, “Do you understand English? Do you have anything provided from the state of Texas for you to be operating a motor vehicle?”

“Do you have one issued to you?” This is when the video cuts out.

A follow-up video shows the aftermath of the situation with another officer getting involved but it is still unclear what had transpired.

Some users claimed that the original video left some bits out while others adhered to their original views that the officer was wrong. 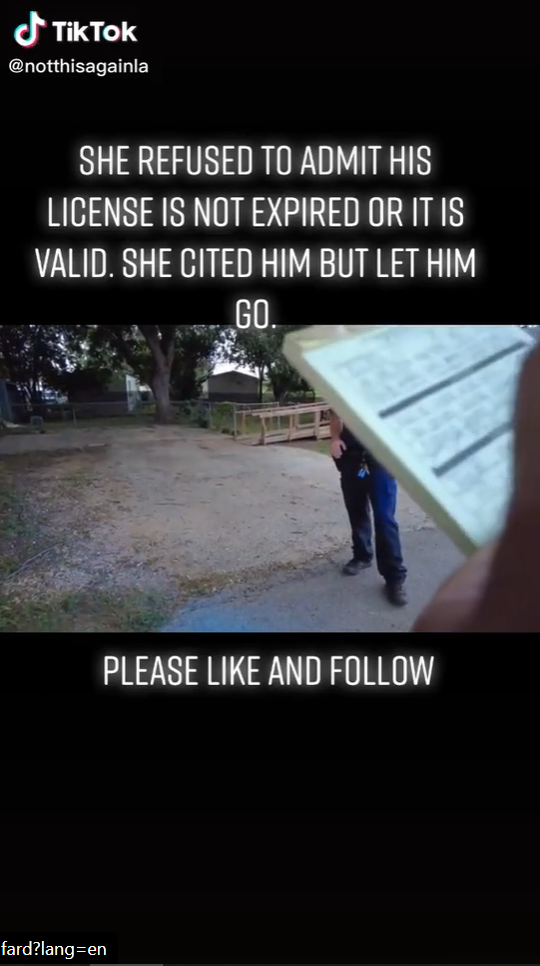 Some commenters were appalled by the lack of information on the police officer’s part.

Another commenter pointed out that the law was new so it was no surprise that not everyone was aware of it just yet.

People still felt some of their questions regarding the situation had been left unanswered.

The follow up video provided further context but also brought with it further questions.

This commenter tried to clarify the situation, saying that the issue wasn't the non-texas ID but the fact that the vehicle was registered in his name in Texas which created a discrepancy.