Posted by Sama in Feel Good On 3rd December 2021
advertisement

Daisy was left abandoned in a park by her unkind former owners. With eyes pleading for help, she looked up at the stranger's passing by hoping that someone would see her pain and her desperation for love. As fate had it, she was then rescued by a kind police officer who decided to shelter her for one night not knowing that it will become a lifetime affair, one that this family won't ever regret. 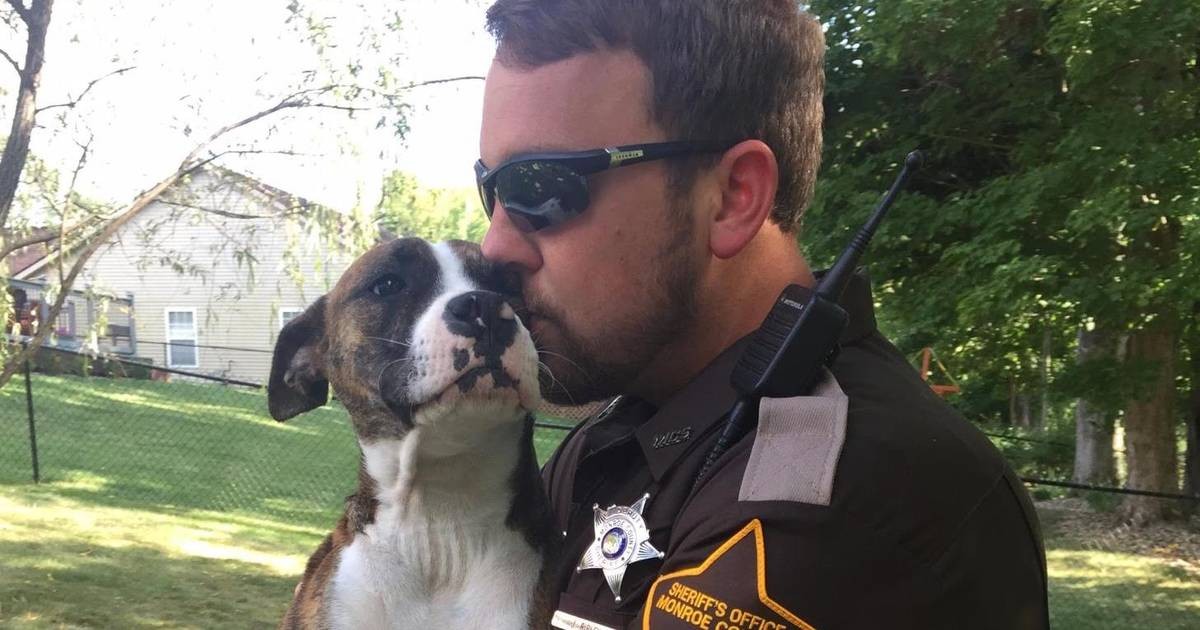 This beautiful dog, a cross of a pit bull laid silently with pain and starvation in a park in Bloomington, Indiana.

The sweet dog looked up with pleading eyes as the passersby moved by with hope that someone will see the desperation in her eyes. 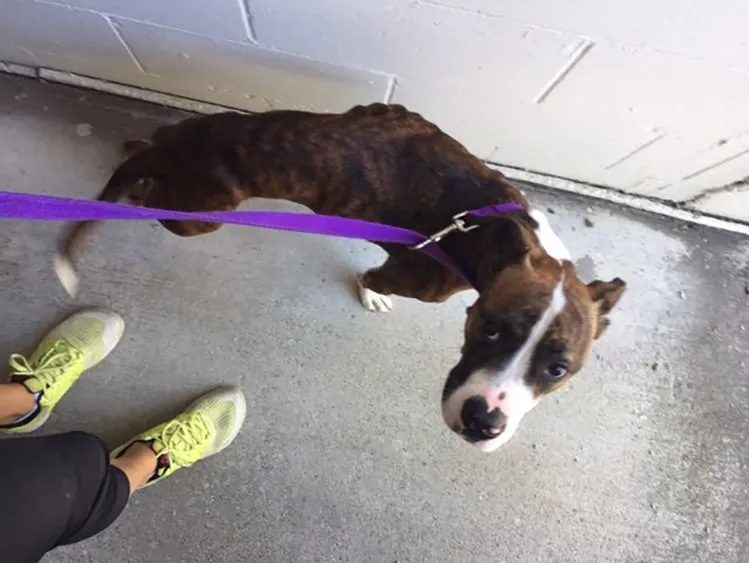 The moment of desperation continued till one kind stranger finally noticed her. The stranger immediately called the local sheriff after observing signs of physical abuse on her body.

For Officer Jeff Ripley, who arrived on call, it was like this perfect moment where he was meant to meet the animal.

Looking at the poor state the animal was in, Officer Ripley decided to drop her off at a shelter. 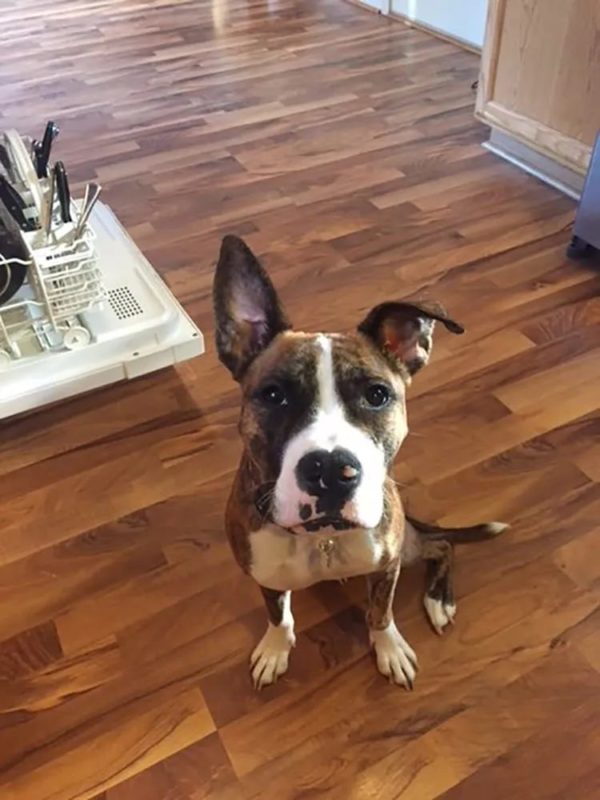 But as fate had it decided, the shelter was closed.

Officer Ripley returned home with the injured dog and seeing her scared eyes, his wife offered to shelter the dog for one night not knowing that this decision will be the best life decision they ever made. 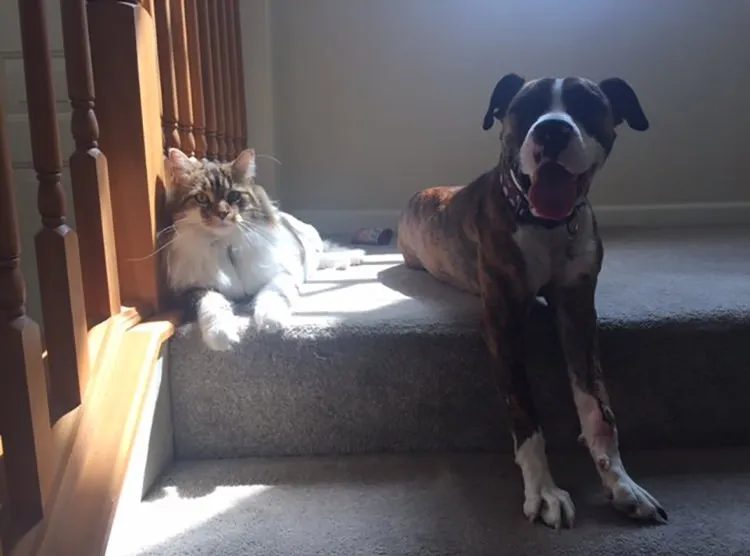 The next day they took the dog to the vet. They decided to find the previous owner, who made an excuse that the pit bull had recently been hit by a car, but he was not going to help her, so he sent her outside.

It was a long journey of treatment ahead for the sweet animal. 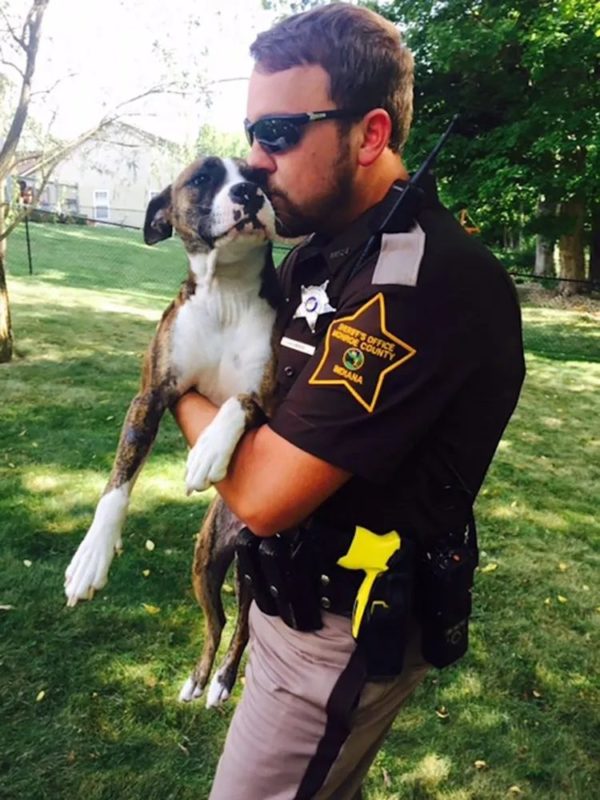 They eventually decided to name the dog Daisy and as her name suggested, it was in desperate need to receive and to share the love.

After a few weeks, she stopped being afraid of loud noises, began to play and gradually trust the new owners.

“When I leave for work, Daisy runs to the bedroom window and looks after me. She loyally waits for me to come home every day…”, says Jeff. 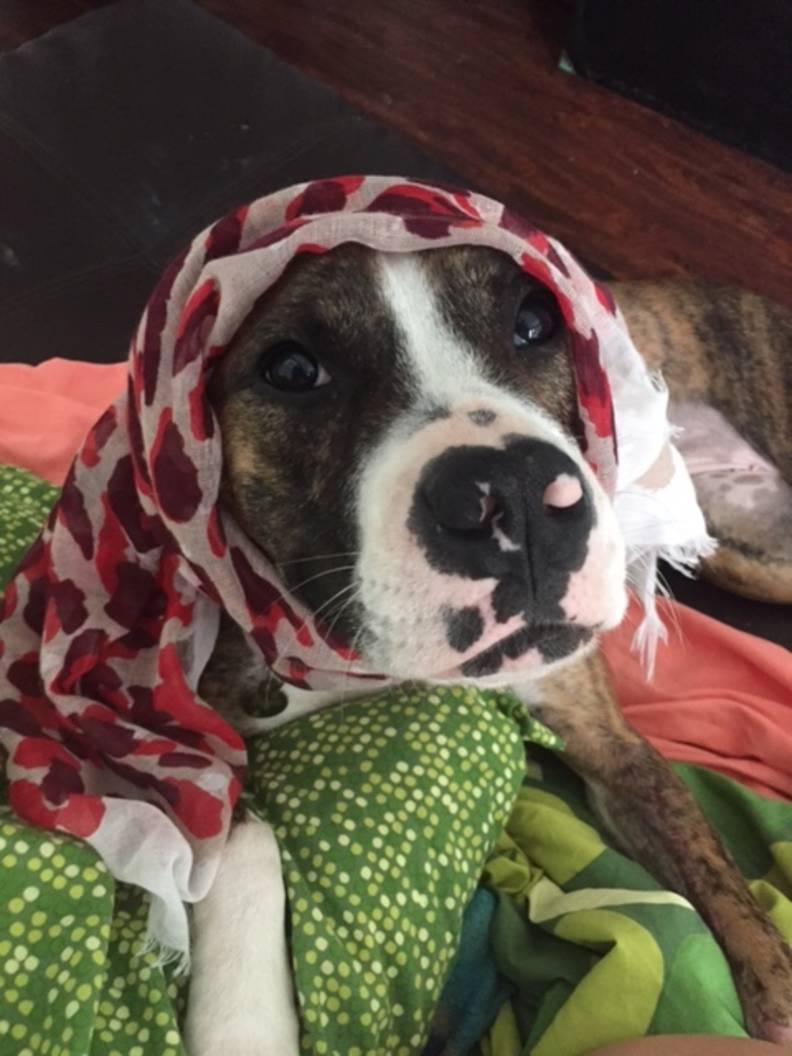 Now Daisy lives a happy life full of love and laughter with his new family, where she sleeps in bed, receives lots of kisses all day long, and does not need to be scared of anything.

And people this is how this beautiful story of an abandoned dog finding her forever home will restore your faith in humanity! 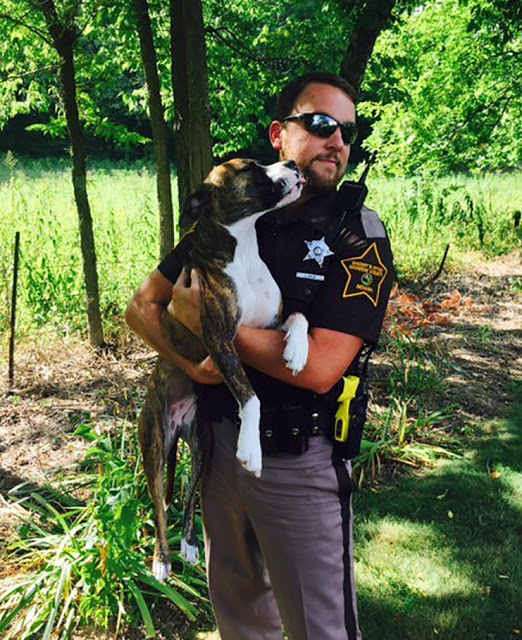