Posted by Sama in Feel Good On 28th September 2020
ADVERTISEMENT

This sweet video has gone viral on the Internet overnight and has garnered views in millions. The video shows a golden retriever helping his owner get to bed safely after a night out. Watch the adorable video and let it melt your heart! 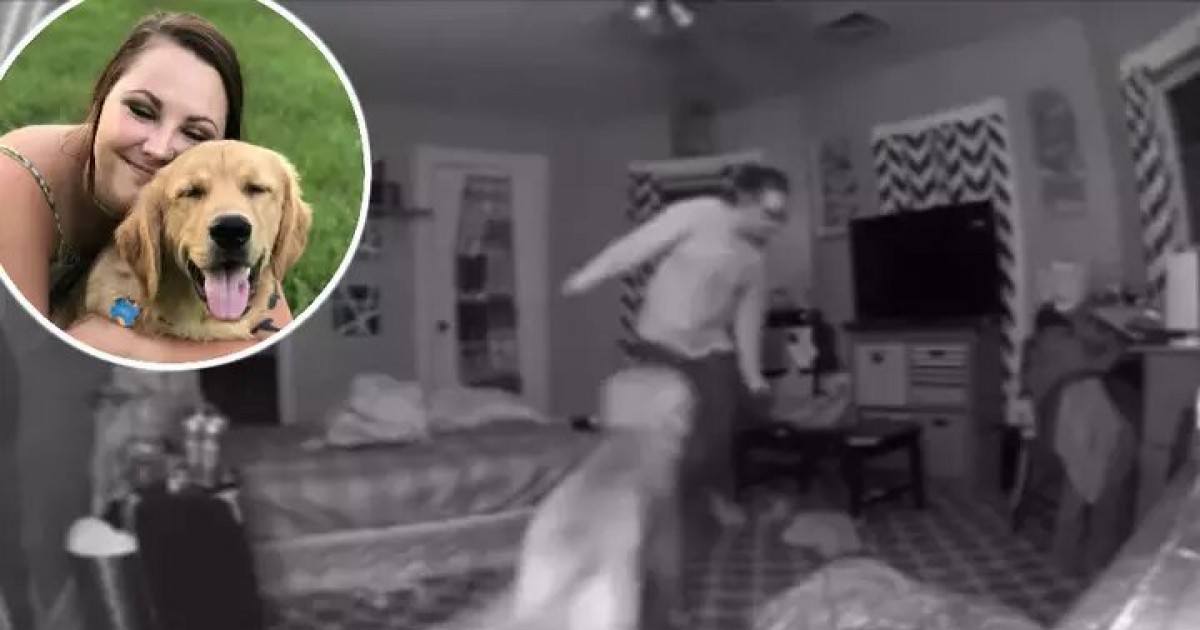 Hannah Quintus uses a pet camera to keep an eye on her dog Jax when she is not present at home.

Thankfully, the camera managed to capture the sweetest incident. One day, when the device was still filming Hannah came home after having drinks 'a few too many.'

However, there was nothing really to worry about because two and a half-year-old Jax was ready to receive his owner and lend his paw to guide Hannah safely to her bed while watching his owner move around the house tipsy in amusement and confusion. 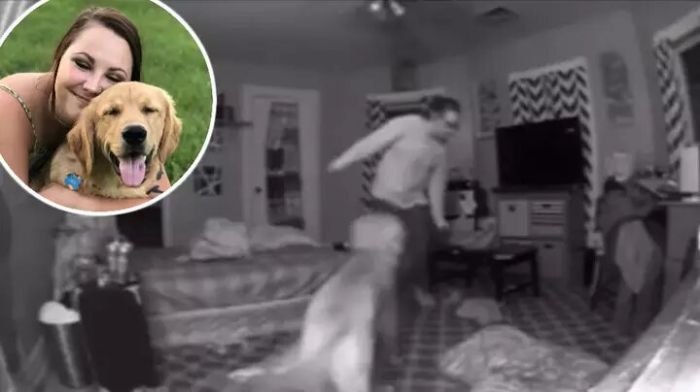 In the footage, which has been viewed millions of times online, Hannah can be seen throwing pillows onto her bed but ends up stumbling backward.

As soon as Hannah puts her hands to steady herself, Jax leaps into action preventing her from falling by jumping up and placing his front paws on her shoulders. 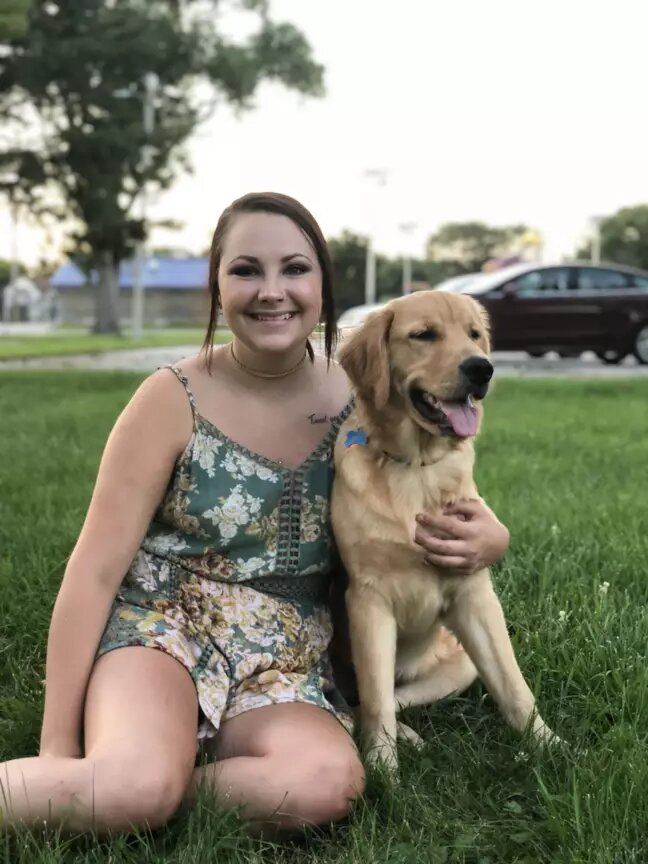 The sweet dog then guided her bed before gently pressing his paws on her shoulder so that she sits down.

Hannah shared the incredible video on TikTok, writing: "Came home after a few too many and caught this video on my petcam."

In such a short time, the adorable video has garnered 3 million views.

Many people commented to say how impressed they were by Jax's actions, with many saying he is the 'best dog ever'.

One user wrote: "The dog is like 'Ok sit down, you can't human today'."

Someone else said: "Hahaha omg this is so impressive."

A third said the video was 'so cute', while a fourth person added: "My dog and cat would have teamed up to trip me." 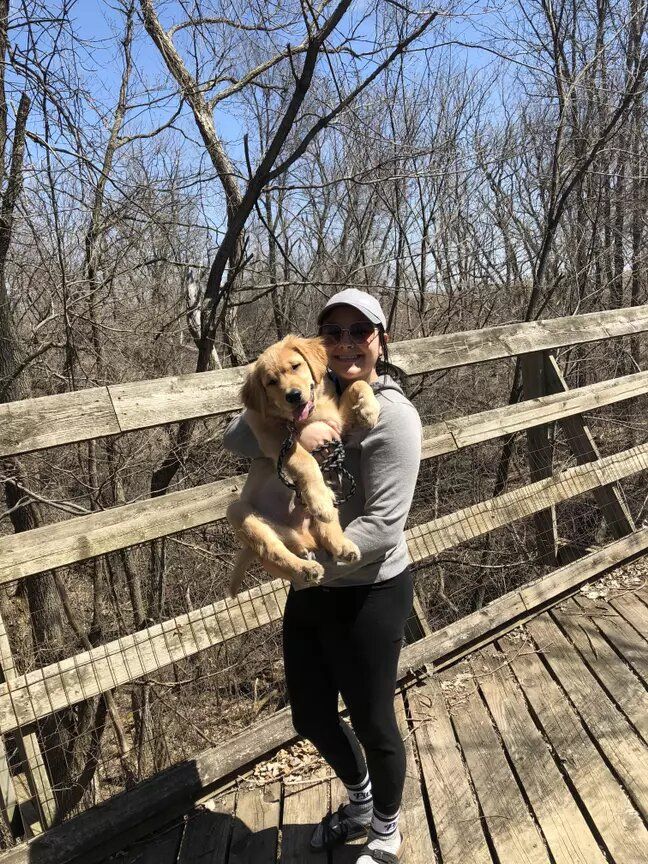 Speaking to the Daily Star, Hannah said of the footage: "When I watched it for the first time I was kind of surprised actually.

"It took me watching it a couple of times to realise what he was doing, then I was amazed." 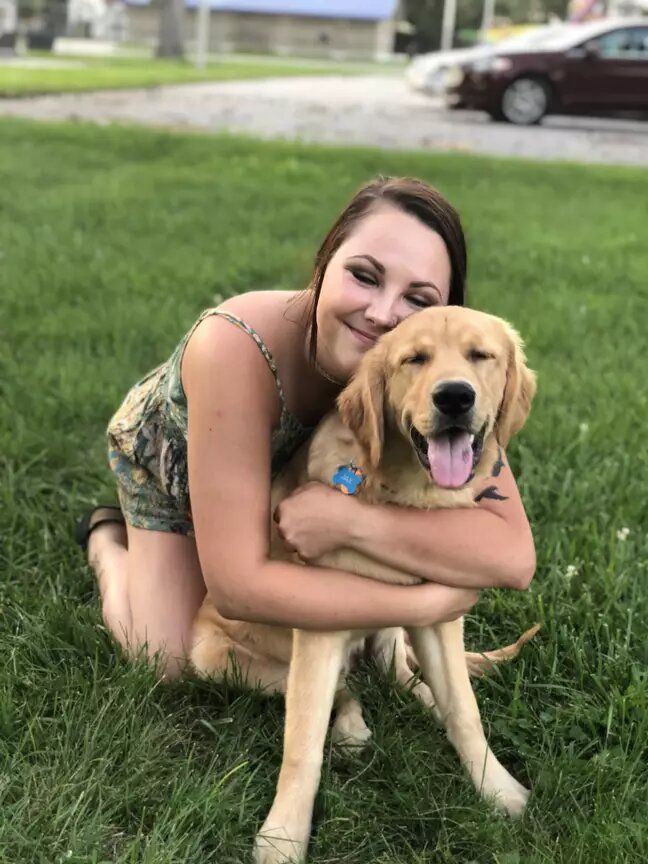 Hannah got Jax when he was only 7 weeks old. He is her loving pet and she posts pictures and videos with him on her Instagram and Tik Tok accounts.

She explained that he has a naturally caring nature and loves hugs - and in return, he's 'the most spoiled dog' ever, often rewarded with toys and food - his favorite snacks being ice cream and cheese.