Posted by Muhammad Ali in News On 14th August 2020
ADVERTISEMENT

On Wednesday Morning Erika Urrea of Lodi Police Department was patrolling the area near Union Railroad in Sacramento, California when she noticed an elderly man in an electric wheelchair stuck on the tracks.

The department has released the bodycam footage which shows the officer saving the man seconds before the train arrived. 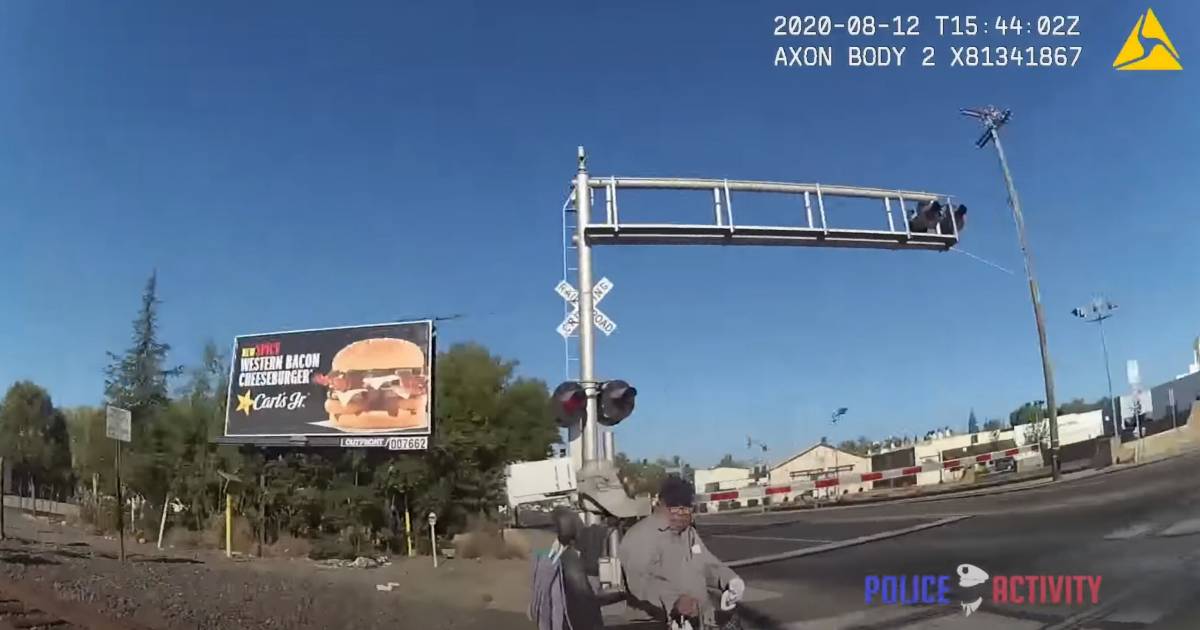 Bodycam footage released by the department showed that as the officer drove over to investigate, the crossing arms that indicate a train is about to pass through started to go down, so she jumped out of her car and ran over to try and help him.

Officer Urrea can be seen dragging the man from the train tracks as he was unable to move his wheelchair at the last moment.

"extremely proud of Officer Erika Urrea and her heroism".

"She immediately exited her patrol vehicle and began running towards the male. As the train was reaching them, she was able to pull the male out of the wheelchair and they both fell back onto the ground," the post read.

"The male suffered a leg injury that was tended to immediately by Officer Delgado (who had arrived to assist) and Officer Urrea.

"Officer Urrea risked her own life to save another and her actions prevented a tragedy today."

The 66-year-old man is in hospital in a stable condition.