Posted by Sama in Amazing On 7th October 2021
ADVERTISEMENT

This video of farm animals rushing to the aid of their friend chicken and free it from the claws of a hawk is everything you need to see today to put you in a good mood. The dramatic scene unfolding within a matter of few seconds appears straight out of an animated movie and has already won the hearts of people on the internet. 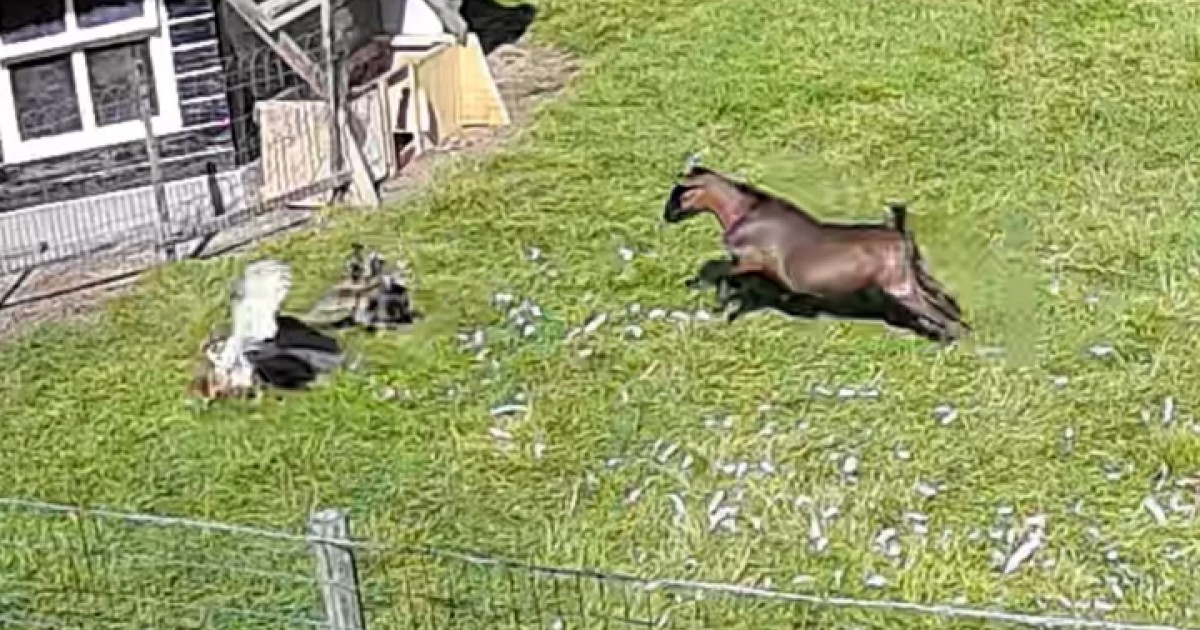 The CCTV footage shared shows a goshawk appears out of nowhere and tries attacking a chicken. The two birds flap around for only a few seconds where the hawk clearly appears to be the stronger one of the two. 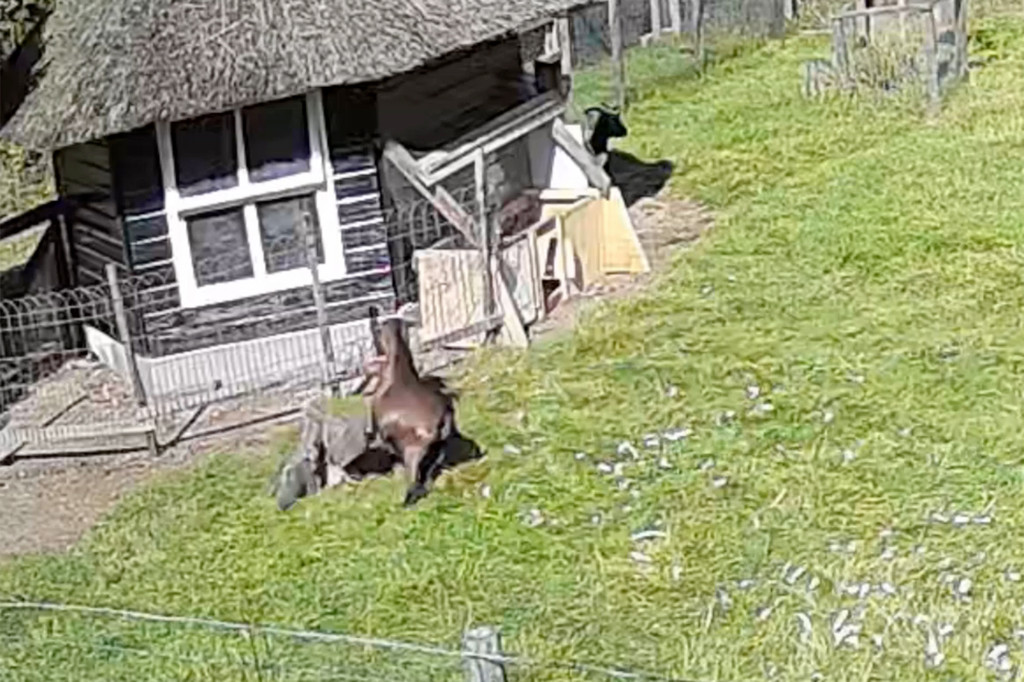 In the scene that appears to be like straight out of the animated movie Chicken Run, the rooster then attempts to save his disadvantaged friend but is also unable to do much. Then appears the heroic goat, reportedly named Bruin, who charges forward with speed and knocks away the hawk, forcing it to fly away empty-handed.

This incident is reportedly from 5th September and when posted on the internet, in a matter of few hours the video went viral on social media. 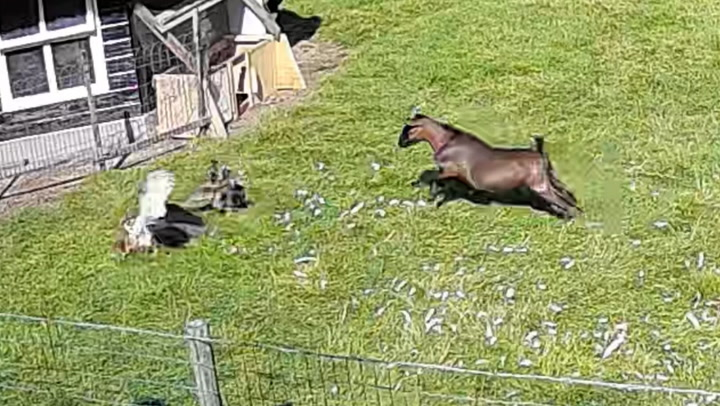 The unity and bravery displayed by the animals on the Dutch farm, has put the farm owner Beets in awe too.

Beets, 59, who also owns the livestock says that he is 'proud of his animals' and this isn't the first time his turkey and goats have rushed to save the chickens. In fact, a similar incident has happened on two previous occasions.

Speaking to SWNS, Beets said: “I was so proud of the rooster and the goat jumping in to defend our chicken. I was also very relieved that the chicken survived.”

"I heard the screaming animals but it was too late to see the attacker so I checked the CCTV.

"It took only 17 seconds between the appearance and disappearance of the hawk.

He adds: "In the seven years I have lived here, it's the third attack on our chickens. This was the second from a goshawk and the other was a buzzard.

"In the two previous attacks the turkey and the goats saved the chickens.

"Fortunately the chicken only had two minor wounds. It took her a few days to get back to normal. The other birds rallied around and kept her company.

He added: “I grew up with a deep respect for nature and have worked in environmental jobs and in nature conservation all my life. We try to facilitate nature as much as possible.”

"Now we have our own old farmhouse in Hall, where we try to facilitate nature as much as possible."

Beets's video has gone viral on social media with people cheering on the heroic goat and comparing the dramatic event to a real-life 'Disney adventure.'

One commenter said: "That goat though, what a hero. He deserves a whole bale of alfalfa to himself."

Another person wrote: "Oh my word. Good for them. The hawk can get his meal somewhere else."

One commenter said: "Amazing, it's like a Disney adventure."

Another person joked: "That goat is like 'oh hell no, not on my watch'." 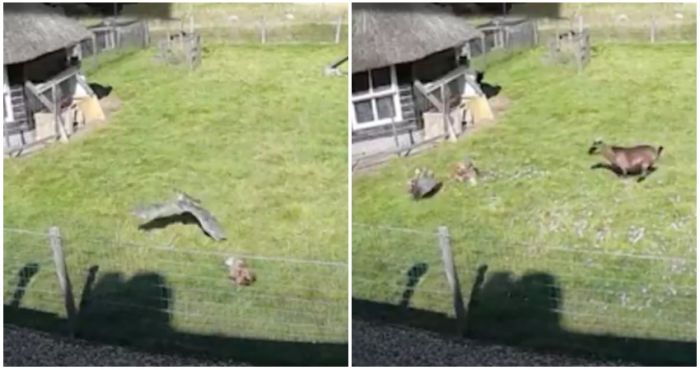 It seems like life at the farm can never have a dull moment and this is all thanks to the farm animals who are there living with unity and bravery. I mean who would have thought that even farm animals could be this much cool?