Drunk Man Sexually Assaults Woman, Then Calls Cops On Himself.

A man under the influence was in the middle of a public meltdown after he was booted from a bar for inappropriately touching a waitress. He then called the police on himself. 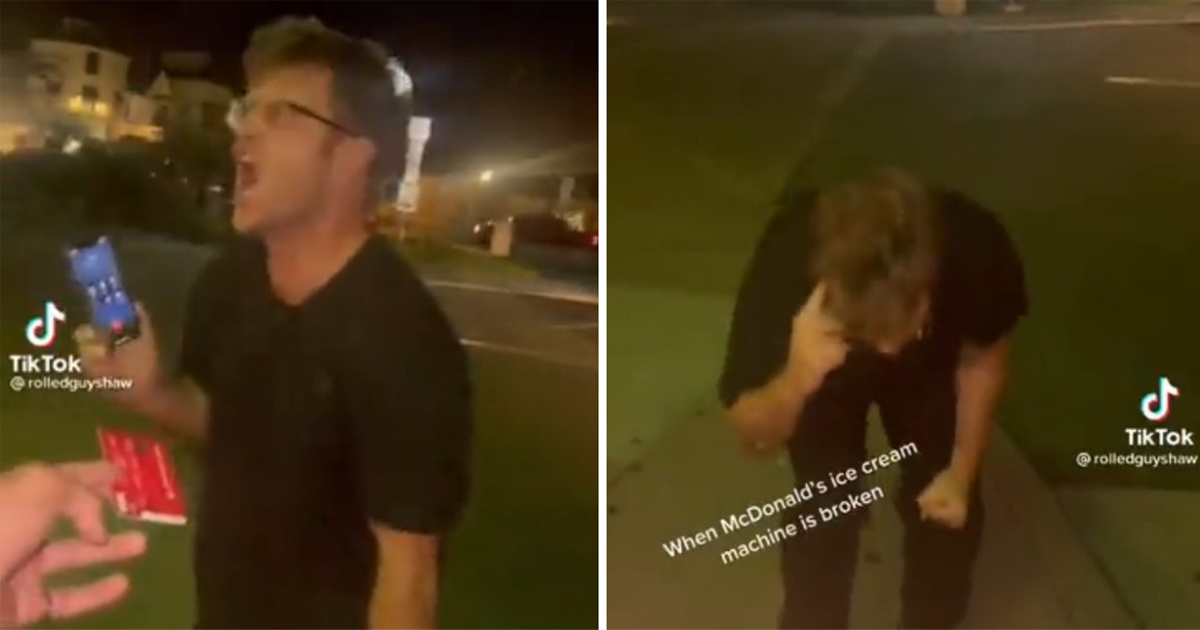 A man in California had a public meltdown after being kicked out of a restaurant for groping a waitress.

The man who was drunk, proceeded to scream while he was on the street, also throwing a string of ‘f*ck you’ to the sky.

Dude in Orange County has a meltdown after being kicked out for groping a server pic.twitter.com/RmPU2Fo9X2

The man later called the police which only ended up arresting him.

The video was first posted to TikTok but has since been deleted. Some of the comments however provided further context as to why he was behaving in such a boorish manner in the first place.

The screenshotted comments reveal the sequence of events where he was ousted from the restaurant. When the police arrived on the scene, they attempted to calm him down but ended up arresting him after he started screaming at him as well.

The video shows the man screaming, “Who the f— do you think you are?!”

He also asks for his credit card which he had previously swatted away and refused to pick it up off the ground.

And they wonder why we’re just so OVER the patriarchy…

An off-screen voice affirms that he had committed sexual assault, which he then vehemently denies. He then demands that the waitress be brought in front of him.

The man who has now been dubbed, “Bayside Brett Cavanaugh” has sparked the ire of the internet, not only because of his actions prior to the meltdown but by the spectacular level of entitlement that he displayed after it.

This is not a mental health problem. This is entitlement & patriarchy in combination with alcohol.

While some believed there might be some mental issues at play, others claimed that this was the work of excessive alcohol.

Alcohol induced rage. I’ve seen it before. They’re prone to anger anyway but the alcohol makes it 1000 times worse. 🤦‍♀️

Most people were just happy that he called the police on himself.

Obviously this guy was never taught to keep his hands to himself, and not taught to have any self control. The good thing is that he called the police on himself

Ultimately, people were worried this was only being seen as a case of a man's public meltdown and not that of s*xual assault.

People also demanded that he be put on a list of s*x offenders.

Yep! Make him register as a sexual predator as well!