While everyone is stuck at home these days, many people are busy with new side hustles to keep them productive and most importantly distracted during these tough times. Here is a 26-year old Barber from Lancashire who has decided to embrace his artistic side during the lockdown and decided to give his son's room a major Toy Story themed makeover. 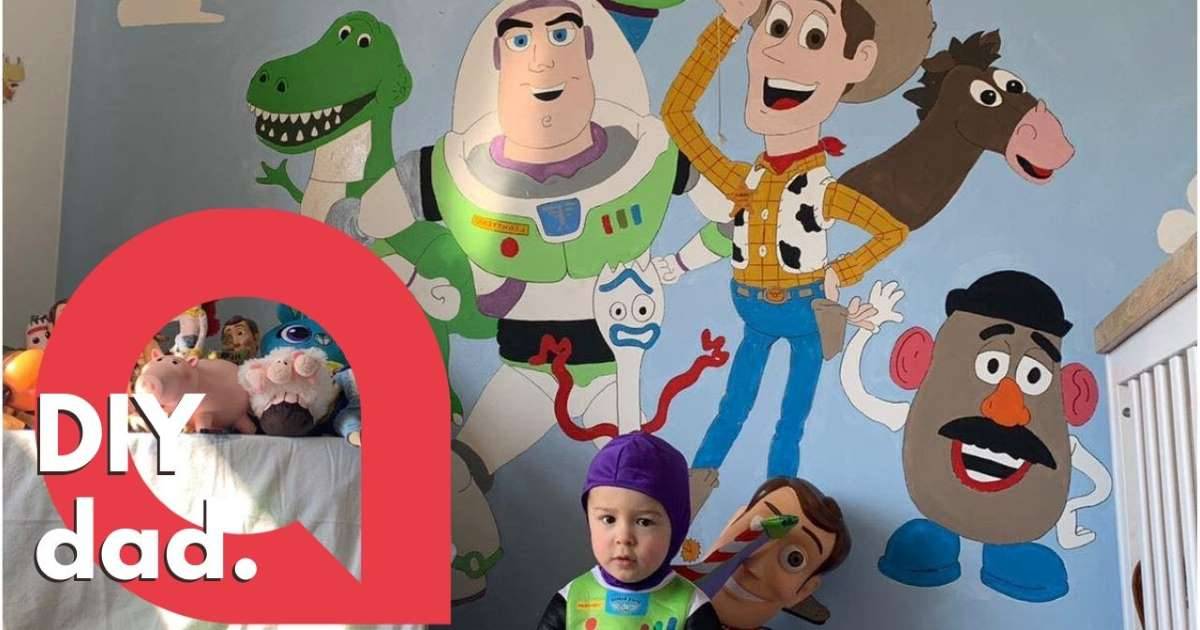 #1 A hobby to divert our attention from current ongoing crises

Going through quarantine and lockdown and the world facing severe crises, all these things have taken a serious toll on our mental health and almost everyone is struggling to cope with their mental wellbeing. That being said, any kind of hobby to divert our attention is considered a blessing during these times. 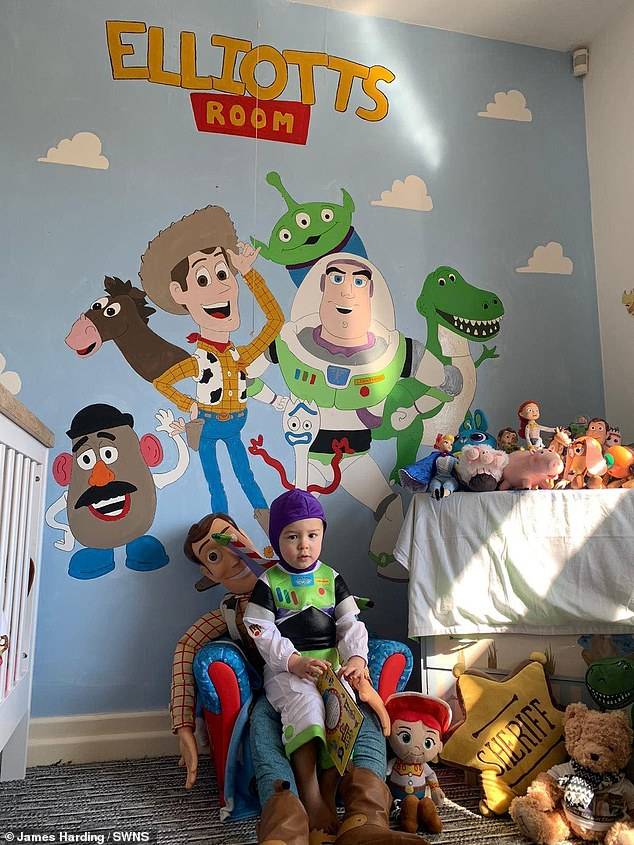 #2 Embracing his creative side during quarantine

Here is 26-year old, Barber James Harding from Bamber Bridge in Lancashire, who decided to embrace his creativity during the lockdown and the man transformed his two-year-old son's room into an adorable Toy story themed bedroom. 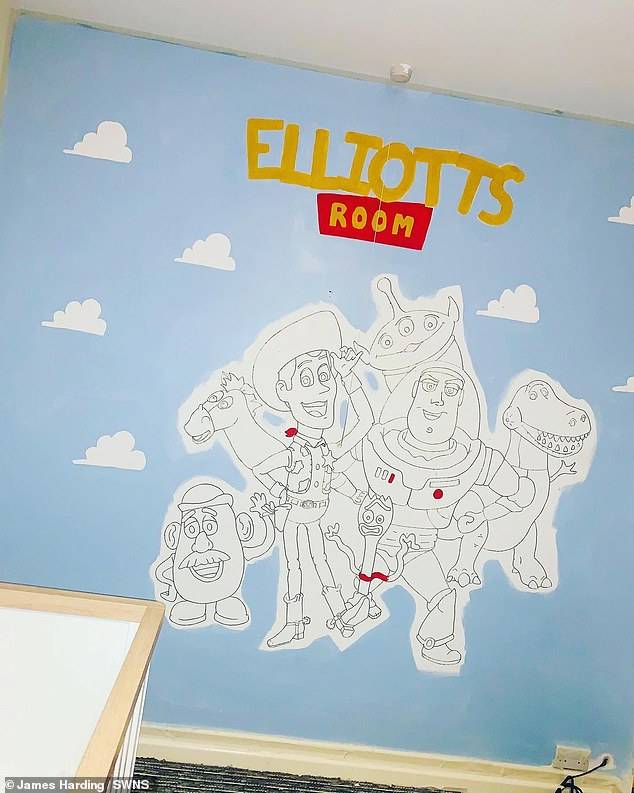 Barber by professional, James was always struggling with time to give his son's room a makeover. Now that he is free these days, the man decided to embrace his creative side and changes his baby's room from scratch. 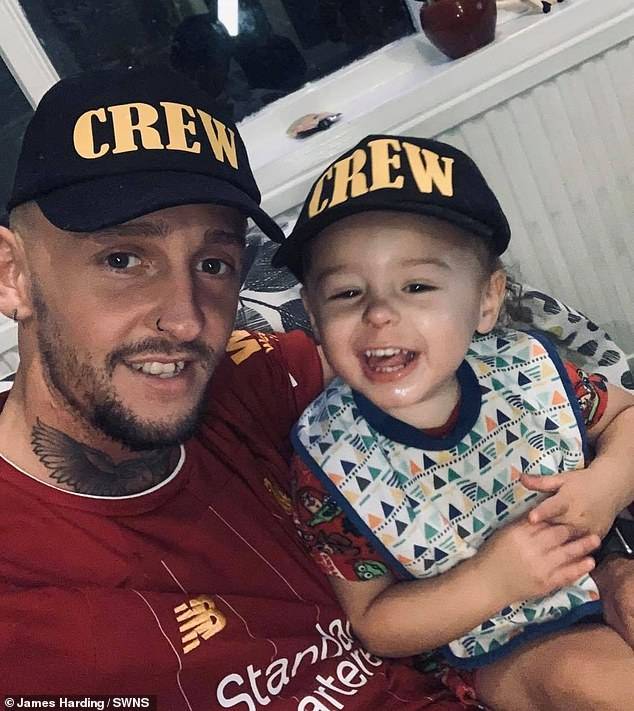 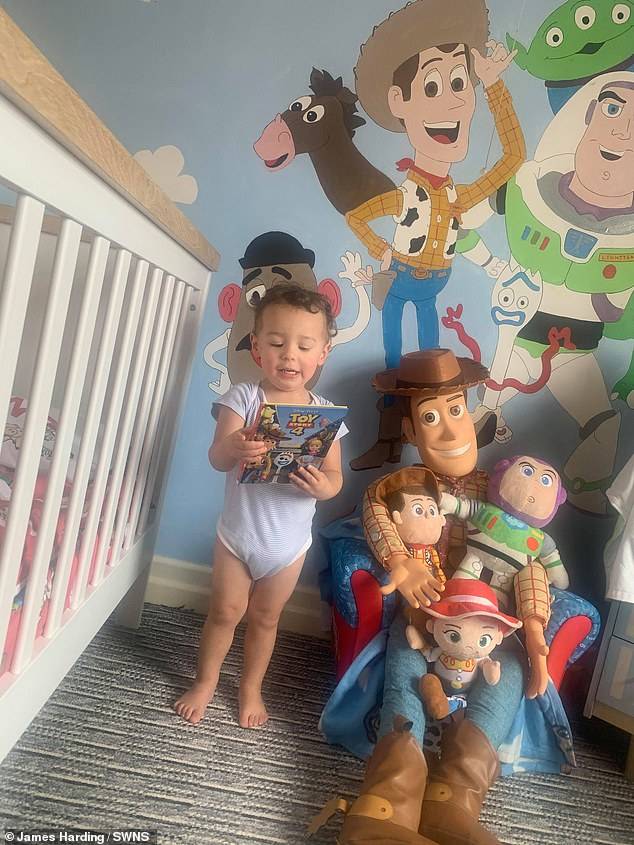 #5 Enjoyed every moment of it

James said: 'Elliott absolutely loves Toy Story so while I have all the time in the world at the minute, I decided to just give myself a little project!

'I have no experience in art, I enjoyed it in school and did well although that was a while back now! I've picked up a pencil every now and then but nothing major.' 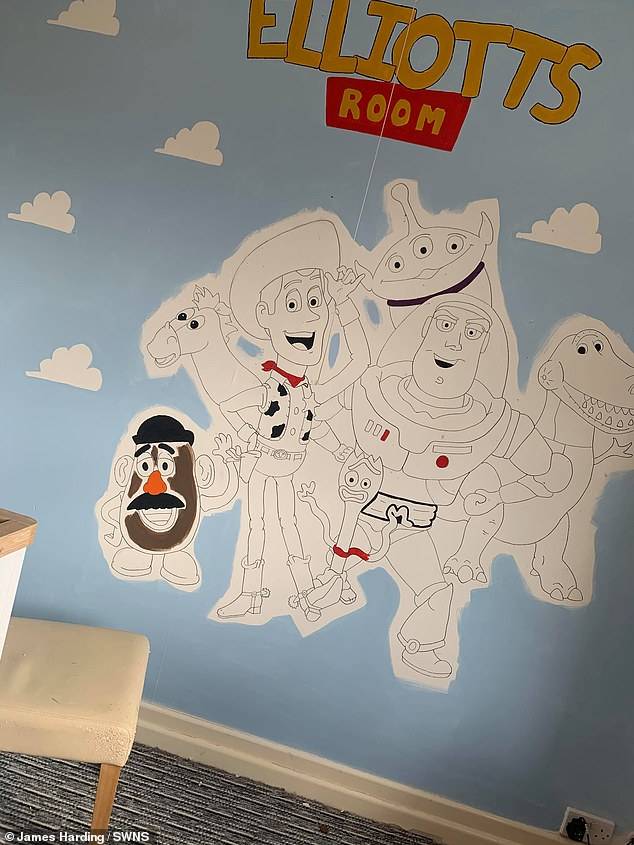 'I've wanted to do something in his room for a while but always been busy with work so it's been nice to spend time at home with the little one and do something like that.

'I loved Toy Story when I was younger and now Elliott loves Toy Story too and I just wanted him to have a dream bedroom really. 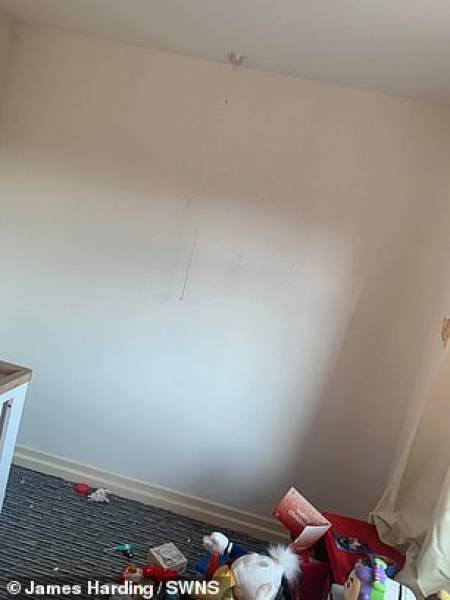 #7 All the effort was worth the struggle

'I then went over the characters with a black sharpie.

'Next, the lettering at the top was painted and then the sky was painted, leaving the white parts for the clouds 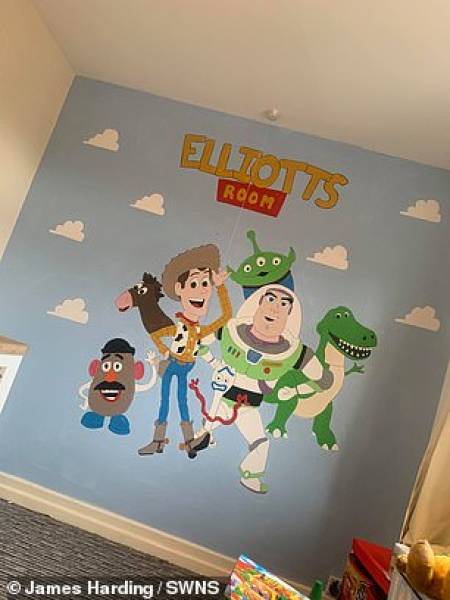 'I'm happy with the result. I had an idea of how I wanted it to look but executing it took longer than I thought!

'Elliott loves the wall! He points the characters out every time he goes into his room now.

'Only downside is that it's become a distraction for him at night time - he likes to have lengthy conversations with them now before he sleeps!' 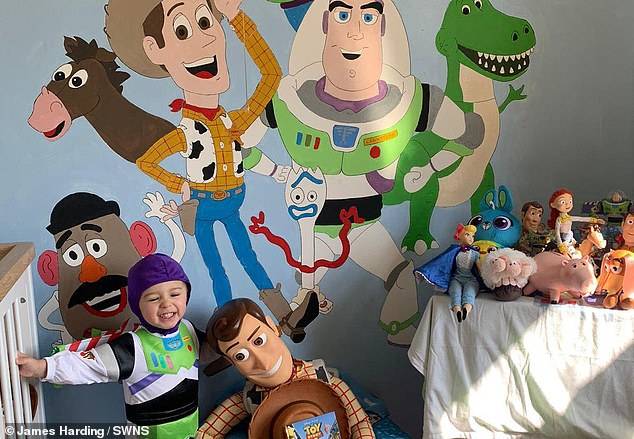