Elon Musk's Girlfriend Grimes Shows Off Her 'Alien Scars' Tattoos Covering Her Whole Back, Says She Is 'Ready To Die On Mars'

Posted by Sama in Entertainment On 14th April 2021
ADVERTISEMENT

Grimes has always been open about her fascination with space and also shared her dream of going to Mars. The singer recently took to Instagram to show off her beautifully patterned alien-themed tattoo design on her back and her fans were all praises for her. 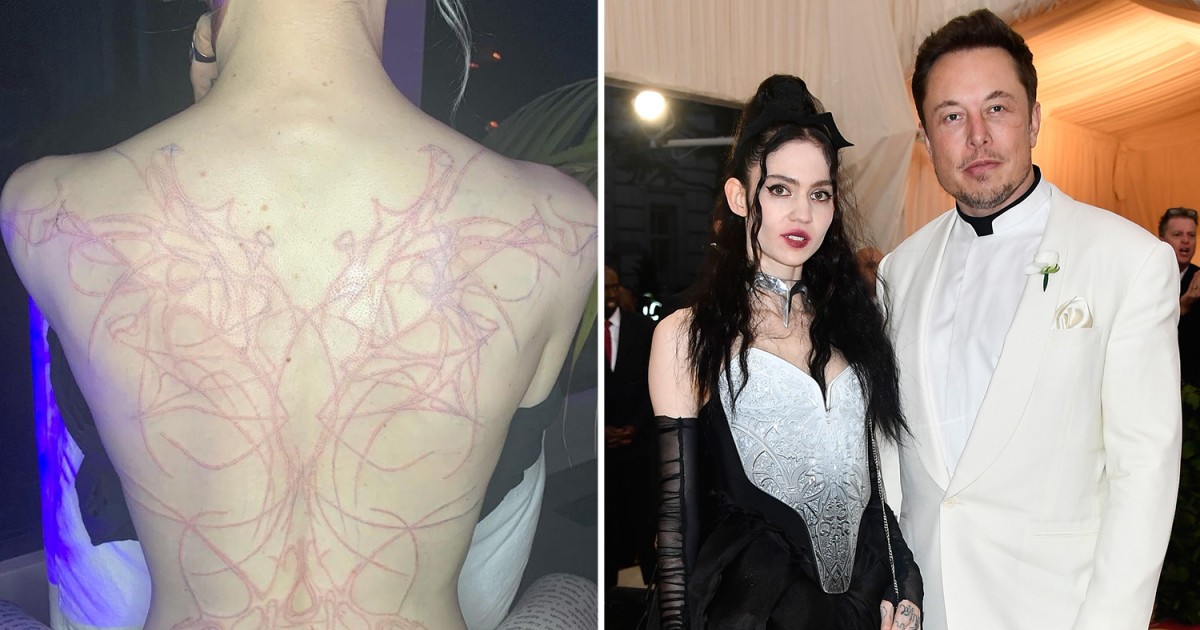 Grimes, Elon Musk's girlfriend has left the Internet stunned after showing off her new 'alien scars' tattoo that covers her entire back.

Grimes welcomed her son X Æ A-12 with Elon last year - she shared the snap of her back on Instagram to her 1.7 million followers on Sunday.

The tattoos showing intricate designs are spread all over her lower back and shoulders and show a beautiful mesmerizing pattern.

“Full back in white ink by @tweakt w sum help from the alien computer brain of @nusi_quero,” the Genesis singer captioned her post. 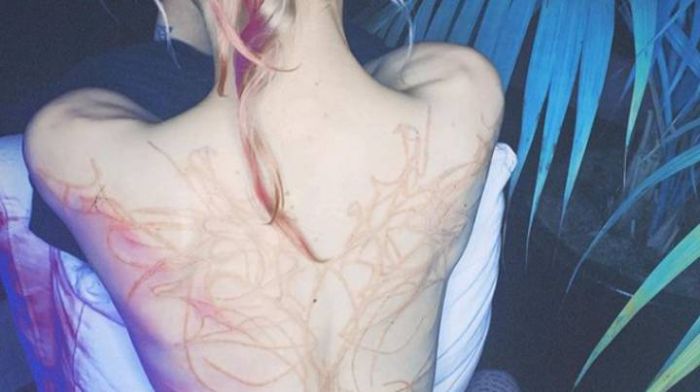 “Don’t have a good pic cuz it hurts too much and I need to sleep haha, and it’ll be red for a few wks , but gna be beautiful alien scars. Hope everyone’s having a good day.”

Grimes fans were quick to point out that though the design looked beautiful the process looks quite painful. 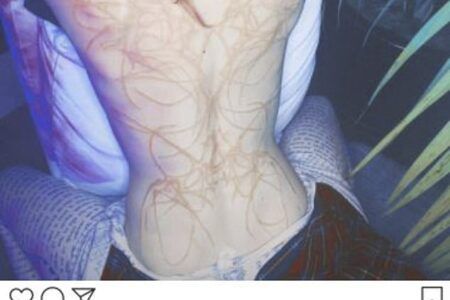 “Battle wounds from a visualized war,” one user commented.

Another commented: “This looks painful to get,” while another said: “OMG GORGEOUS.”

“I love you! Looks so good bestie,” one person posted. 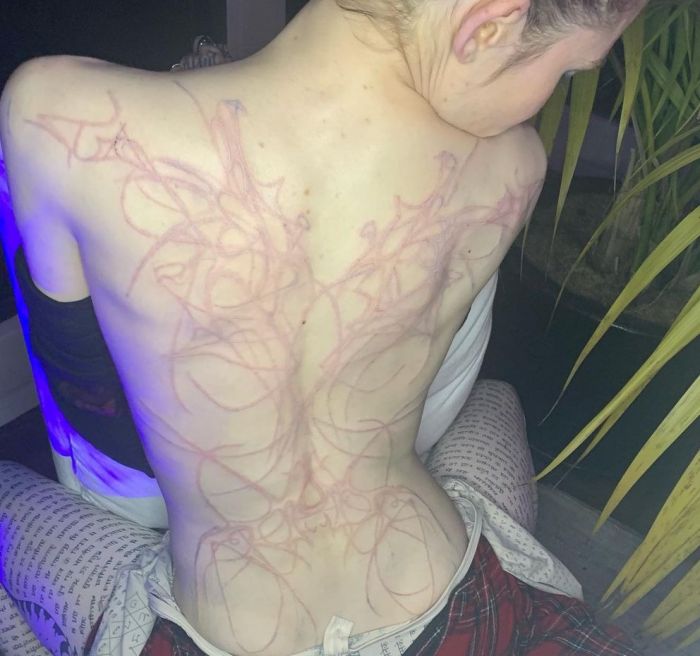 Grimes has always been open about her fascination with space and also mentioned her dream of moving to Mars, so her alien-themed tattoo design comes as no surprise for her followers.

She shared that she wants to relocate after she turns 50 to help start a human colony there.

Grimes said the move would be a case of "manual labour until death most likely" but admitted that she hoped that could change. 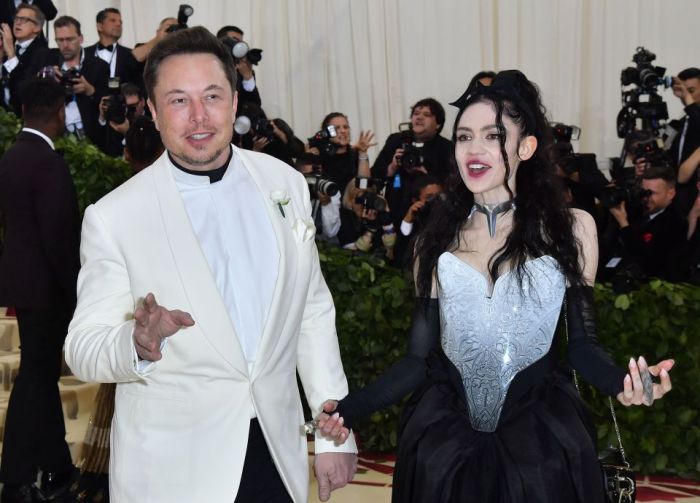 “Ready to die with the red dirt of Mars beneath my feet Starbase Tx,” she wrote alongside her post.

He plans to send one million people to Mars by 2050 and build a city there. 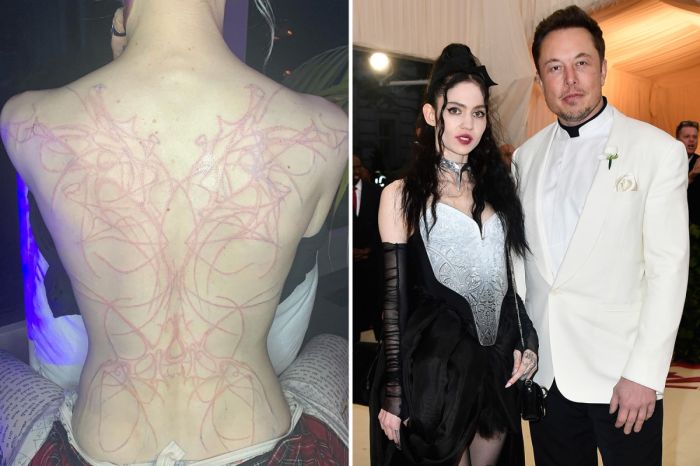