Posted by Annie N. in Food On 11th October 2021
advertisement

Eminem launches new restaurant and calls it ‘Mom’s Spaghetti’ based on the iconic rap that made him famous. He even served customers at the window on opening day. 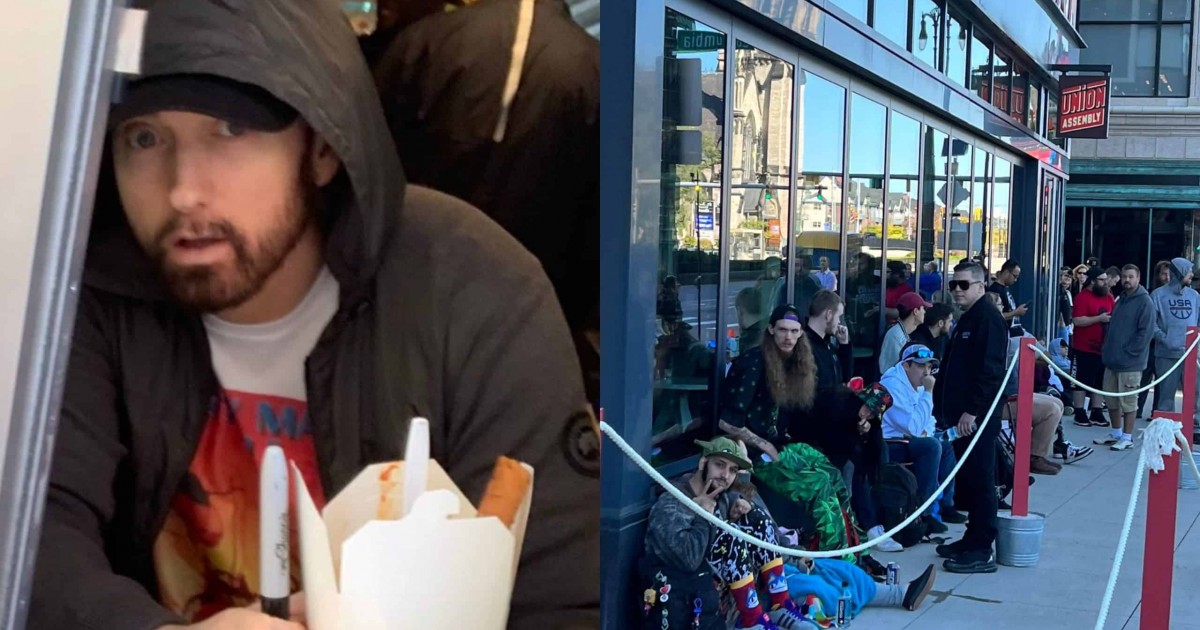 If you’ve ever wondered what Eminem’s mom’s spaghetti tasted like, here’s your chance. 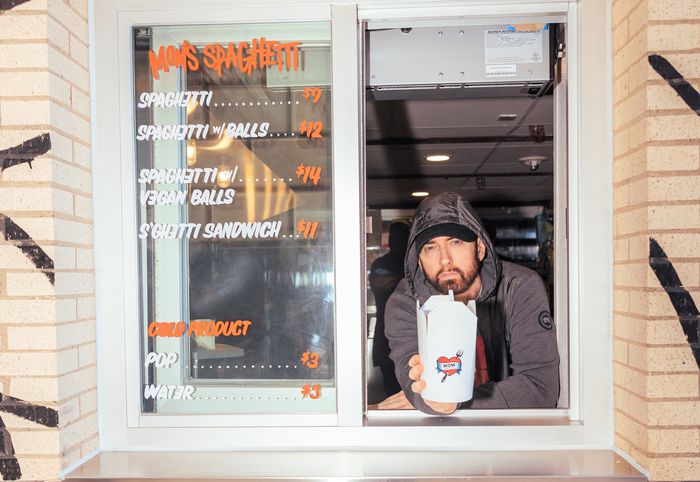 The hugely successful rapper has now done what now seems inevitable and opened up his very own spaghetti restaurant by the name of Mom’s Spaghetti. 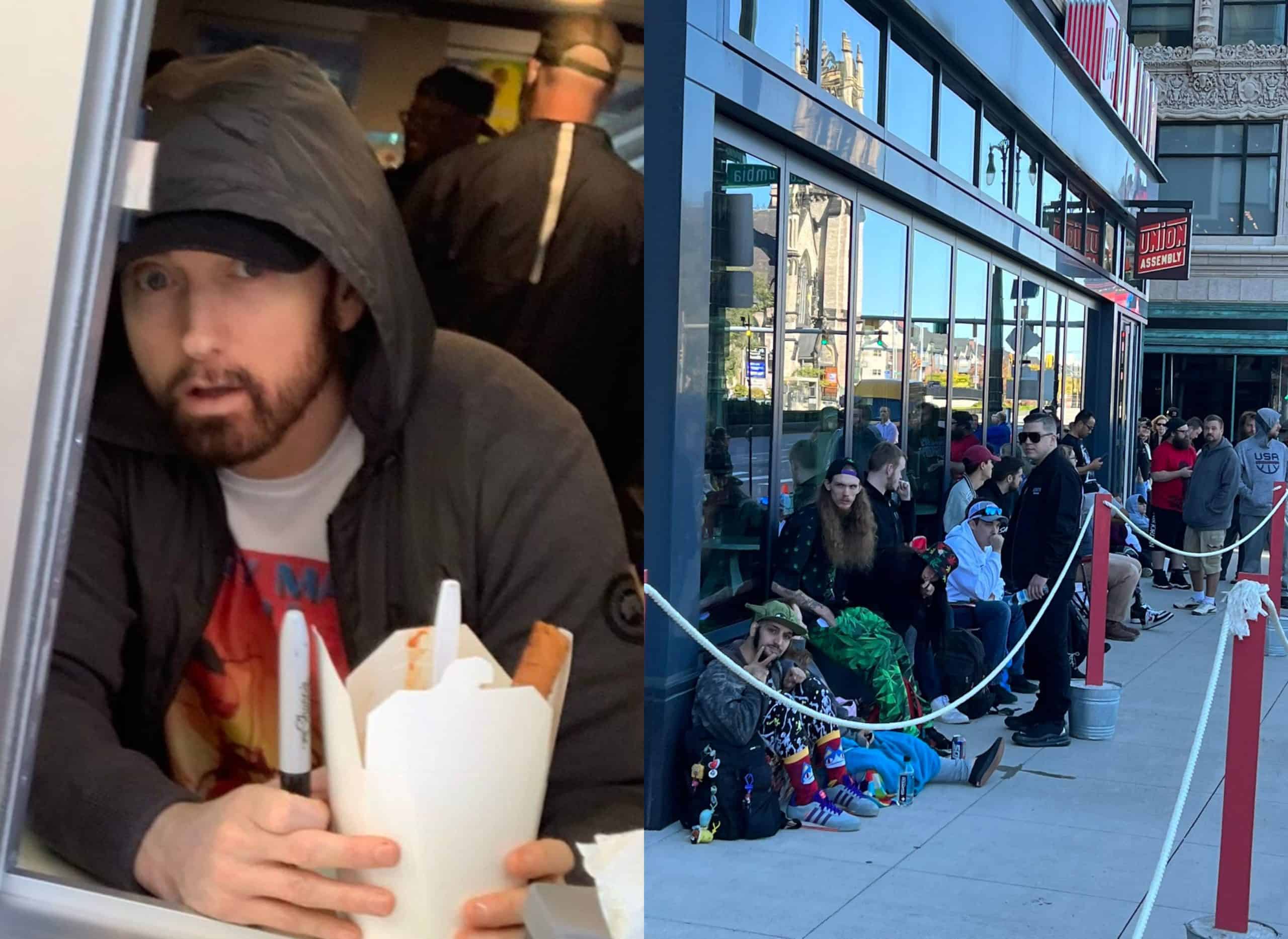 Not only did he open the restaurant under this iconic label, but he also showed up on the opening day and made sure to serve it up with a big ol’ slice of his devil-may-care personality. 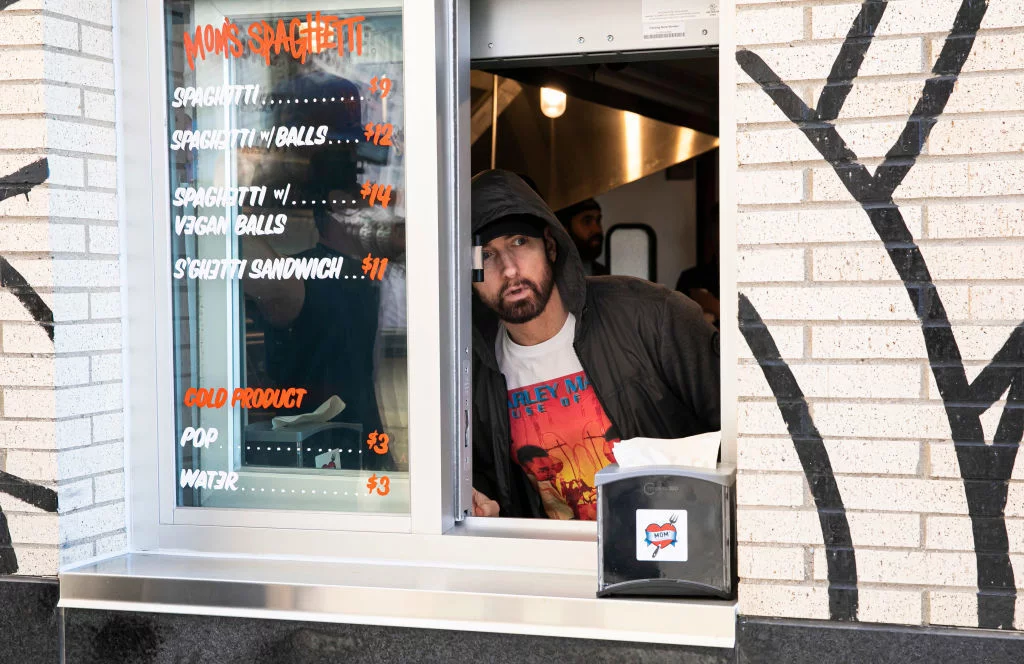 Launched with a trailer that no one but the real slim shady could have made, the irreverent footage shows him barfing up Mom’s spaghetti on the cityscape of Detroit and ending with two middle fingers up covered by two packs of ‘Mom’s Spaghetti’.

The menu, unsurprisingly, consists of Spaghetti. The only options you really get is whether you want your spaghetti in classic tomato sauce, with meatballs or vegan meatballs. He even throws spaghetti between two loaves of bread and calls it the $11 S’ghetti Sandwich.

While there is limited seating inside, customers can walk up to a window to order their own serving of Eminem’s iconic Spaghetti and if the launch is any evidence, perhaps a selfie with the rap god himself.

He had in fact started testing out Mom’s Spaghetti at his own concert venues.

Maybe I will choose that dinner with Eminem over 500k... pic.twitter.com/HpwvoyT2MB

“The previous pop-ups were really a test for us to determine whether there was enthusiasm for a regularly-occurring Mom’s Spaghetti spot that would be open all year long,"

The shop also has an upper floor called ‘The Trailer’ where you can buy Eminem and Mom’s Spaghetti merchandise.