Shocking video shows an enraged man throwing an axe through another driver’s windshield in an act of unbridled road rage. 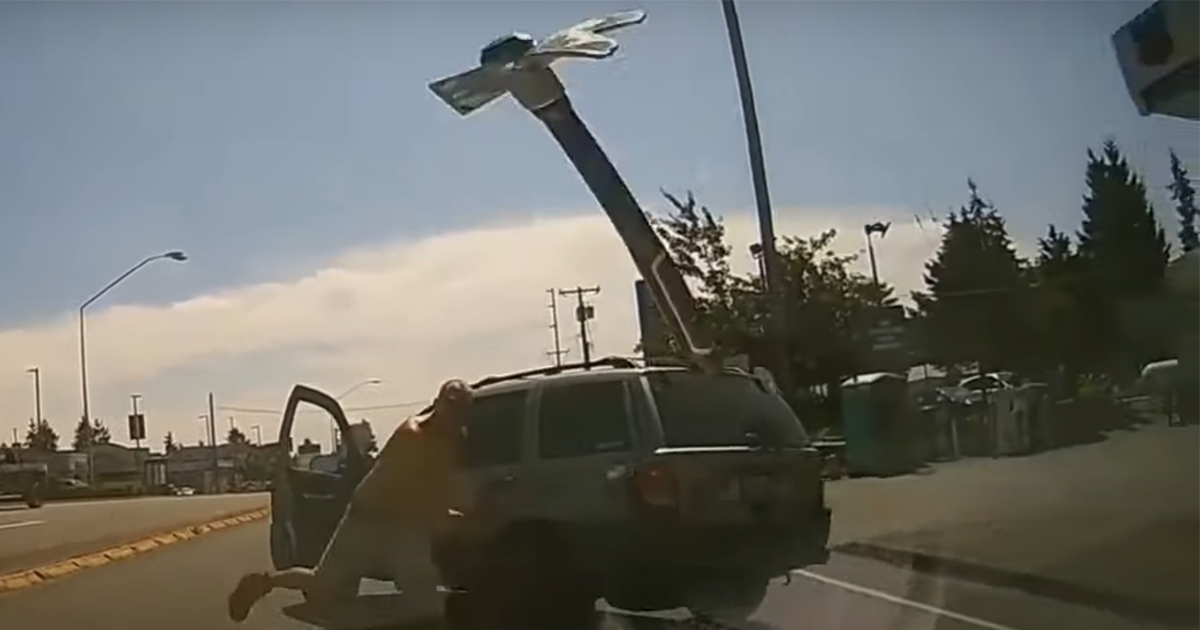 In a bizarre video that one would have to see to believe, a man threw a pickaxe through the windshield of another car.

The unidentified man launched the axe through the windshield and fled the scene immediately. The victim’s dashcam luckily was able to capture the entire incident on camera.

The situation unfolded with the assailant becoming angry at the woman for unknown reasons. After honking his horn at her multiple times, he started following her.

The woman then took an earlier exit to escape him. When the man finally caught up with her, he threw the axe through her windshield.

The same man is also suspected of screaming racial slurs obscenities and threats at another man in a separate incident.

In yet another incident, he also robbed Home Depot, footage from which is being used to charge him for his crimes. He is currently facing felony, hate crime, and theft charges.

People were shocked by how one small incident could cause someone to lose their temper to such an extent.

"Bro people need to calm the fuck down. There is 0 reason to get so worked up about something on the road that you throw a fucking pickaxe at another car."

People also pointed out how this one moment of road rage would land him in jail for years.

"Wow, this was a great tutorial for how to go to prison fast."

This commenter was understandably stressed out at how little patience drivers seem to have these days.

"This stresses me out. I travel a lot and interstates are getting crazier and crazier."

As road rage cases seem to be on the rise, this commenter decided to use their 2 cents to impart some valuabel advice, considering the situation.

"I read recently road rage murders are on the rise. Some helpful tips: