Posted by Mahnoor Nadir in News On 11th July 2021
ADVERTISEMENT

A Walmart store broke out into song, loudly chanting the American National Anthem on the 4th of July. As the video spreads across the internet, some are calling it patriotic while others think it’s something that North Korea would do. 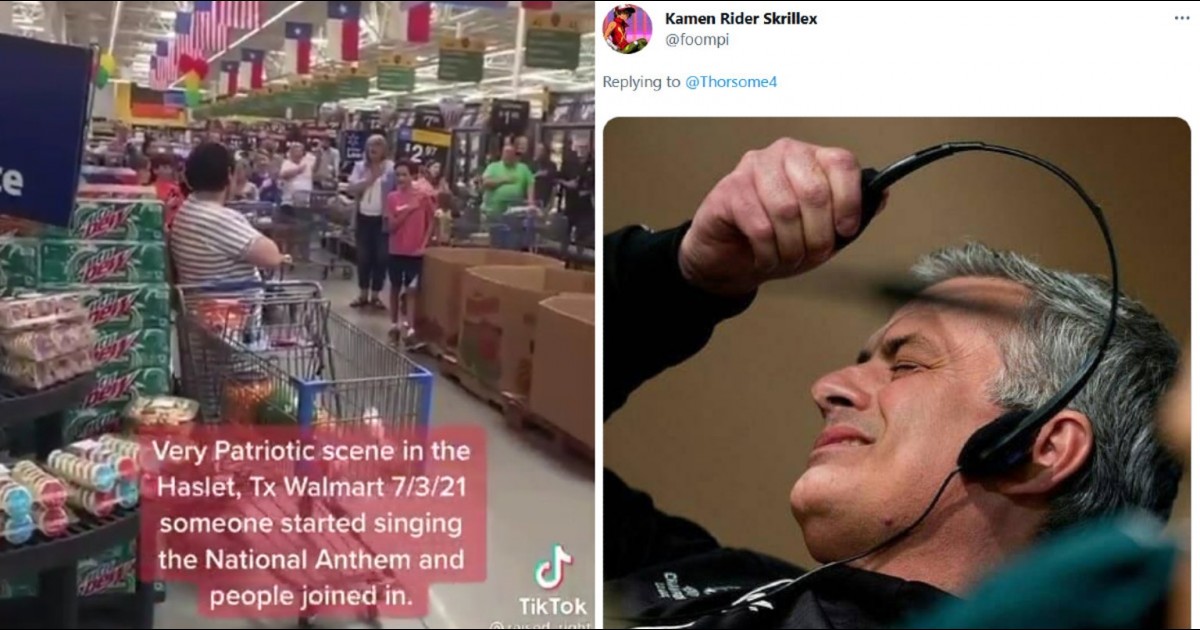 While it's unclear how the situation actually began, the video shows several people have joined in with the singing.

The video which has gone viral has the caption, “Texan raised right.” While news outlets like Fox News called it “patriotic”, others have called it “creepy”.

Forgive me if I don't get weepy eyed. pic.twitter.com/I6yFq06YEs

As sentiments around the country fluctuate, people are not feeling so patriotic when watching this video.

Not disturbing at all lol. And y'all wanna talk about North Korea

Some are wary of celebrating considering the heavy losses the country has suffered as a result of the pandemic, others are noticing the demographics of the people singing.

Everything there was made in China from jobs we used to have in order to make the Waltons grotesquely rich. That's 🇺🇸

The most thoughtful of the commentors however lamented for the ears of the Walmart employees who earn minimum wage only to suffer situations such as these.