Ever Wonder What Trump Would Look Like With Normal Hair?

Whether you love the man or hate him, Trump has been a public figure for decades. He has been fair game for trolling especially since he has become president. Whether it is his iconic comb-over hair style or his crazy orange tab, people have been photoshopping him in hilarious ways for years. 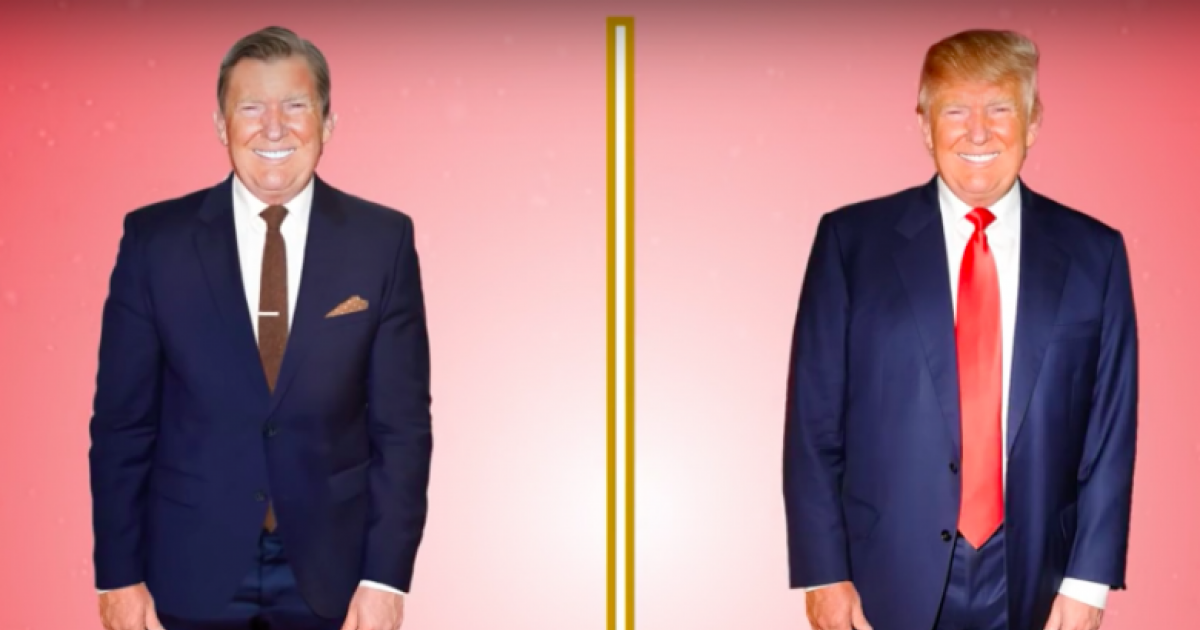 Pictures like this one are internet gold. But, what we have found lately is people photoshopping Trump with normal hair and skin tones, and they are so much better...albeit, some are kind of disturbing. 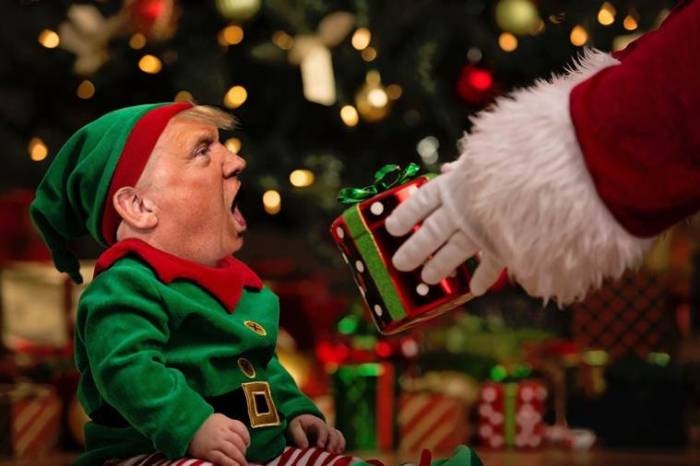 His hair has become almost as famous as the man who wears it. The man just simply looks bizarre with that wicked bad comb-over. Some of the best pics are the ones where he is stepping off of Air Force one or out of the helicopter and his frock is windblown making the man look even more maniacal.

Many people even believe that Trump's hair is fake. For decades, most of us suspected he was wearing a bad hair piece that none of his friends were brave enough to tell him he looks like a hot mess. 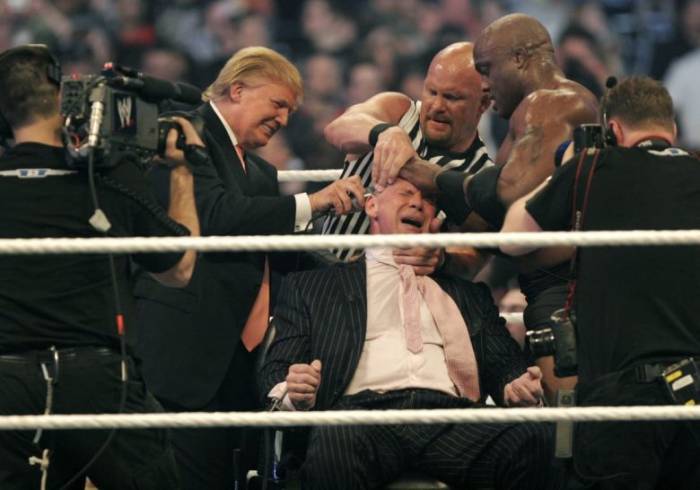 Despite the rumors of his hair being a bad piece, it appears that his hair is, in fact, 100% his own... poor guy! Who remembers when Trump put his hair up for grabs in the "Hair vs Hair" match against Vince McMahon at Wrestlemania 23? The "Battle of the Billionaires" ended with Trump winning and McMahon getting his head shaved.

If you still have doubts about whether Trump's hair is real, may we remind you of the antics on The Tonight Show where Jimmy Fallon asked the president if he could mess his hair up.

I think we were all shocked and awed to see that it was indeed Trump's real hair and it could be mussed up just like anyone else's hair could.

Even though we all now know that his hair is real, it still never quite looks real. His hairdo is totally unique to the man. We have all wondered what Trump would look like with a more "normal" hair style. 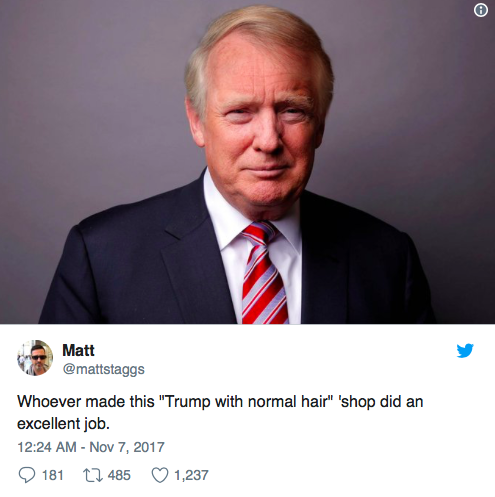 Some have taken to Twitter with their epic photoshop skills to give the man a make over. This pic depicts Trump with a more age-appropriate and socially accepted hair style. I don't know about the rest of you, but this style makes him almost looks like a real president.

That last photo was practically magical, but this one is just plain creepier looking than the original photo of the man. While this picture gives the man a more natural hairline and removes that gawd awful orange skin tone, it does not do the man any justice. 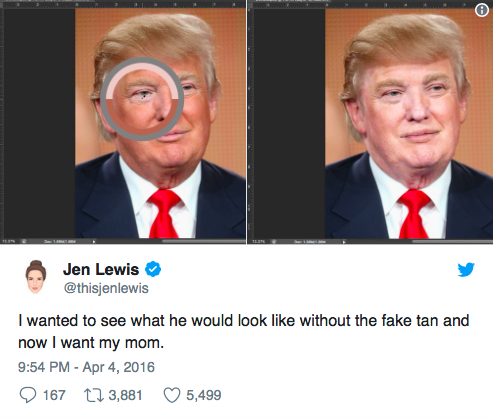 GQ magazine even attempted to give Trump a makeover last January. The started by picking apart all of his fashion faux pas which include his bad hair, wrinkled pants, and oversized neck tie. 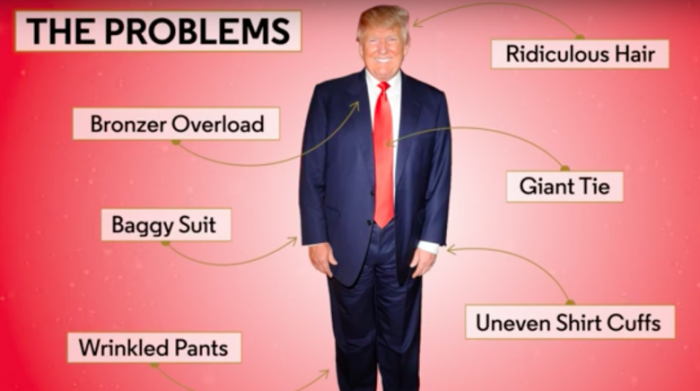 They started by giving him a better fitting suit with a thinner tie and a fashionable tie clip and pocket square. GQ also gave the man a new hair style.

After trying several, they decided on one that was the most presidential look for him. It also looks more natural.

Amy Lasch, the former hairdresser for Trump revealed that the man's hair is his own and is really long and that the man just loves to brush it back. She also revealed that Trump does not allow traditional hairdressers anywhere near his tresses. The man would rather let his family cut his hair than take the chance of someone taking away from his glorious mane. 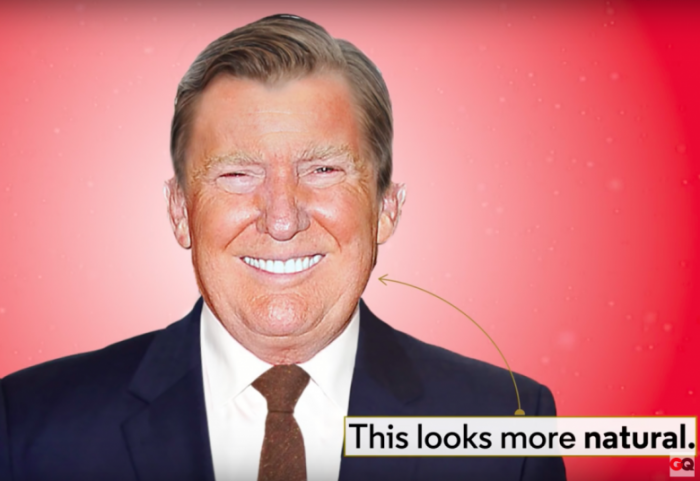 She also let out that the man uses way too much lacquer and hairspray to keep his hair tamed, and that is why his hair always seems to look 'solid and matted.'

Lasch, who was in charge of the man's hair when he was filming The Apprentice, said he came to set with his hair already styled. She just had to keep it up. “He’s been combing his hair in the same way since the 1980s”, she said. “What I don’t like about that is that he is afraid of change.” 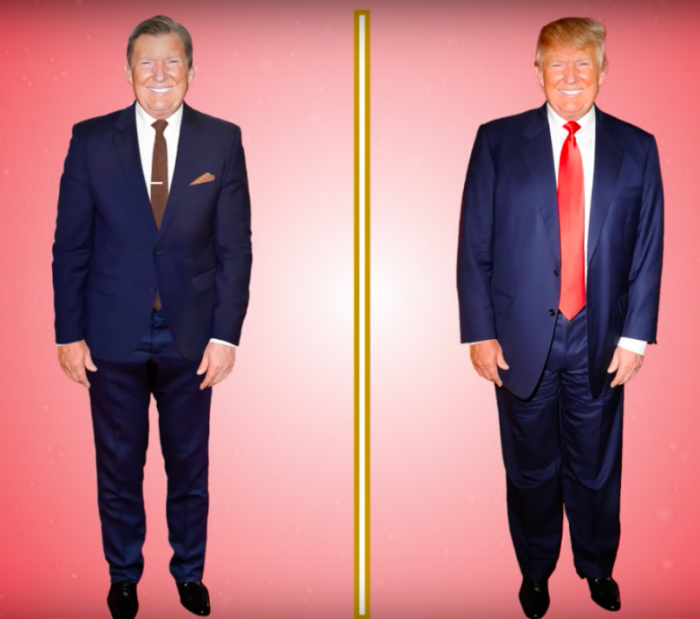