Posted by Abdul Rafay in News On 26th February 2021
ADVERTISEMENT

After she refused to open her iPhone so he could read her texts, a controlling monster ex-cop knifed his ex-wife to death in front of her colleagues. CCTV footage shows Tekhov threatening and taunting his ex-wife with her cell phone. In front of Gagieva's work colleagues, Tekhov launched into a frenzy with a kitchen knife. 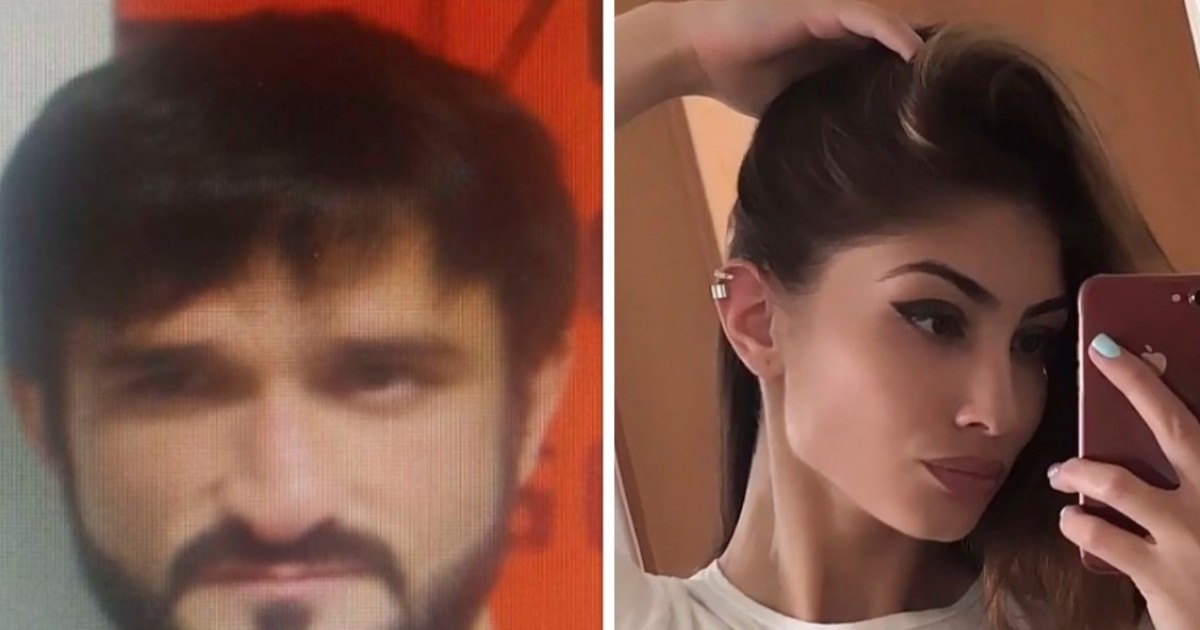 In a furious rage at her workplace, Vadim Tekhov, 32, stabbed Regina Gagieva, 22, 15 times with a kitchen knife.

He accused his former spouse of exchanging messages with other men after arriving at the computer shop in the city of Vladikavkaz in southwestern Russia. 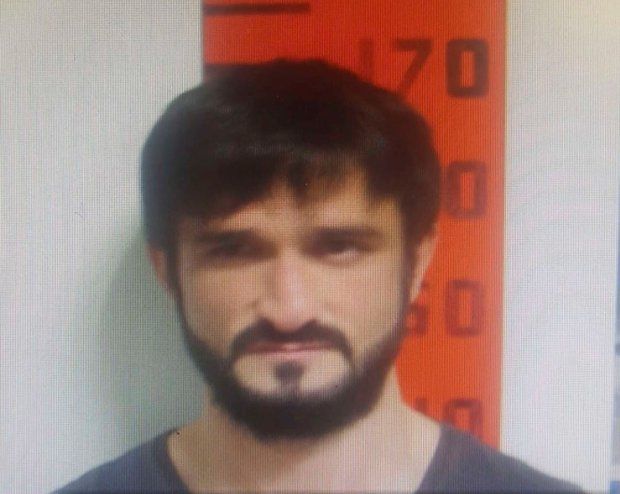 He then asked Ms. Gagieve, his child's mother, to unlock her mobile for him and was seen threatening the mother-of-one on CCTV footage as she refused to obey him.

Then Tekhov launched a savage knife attack, stabbing his victim up to a dozen times before leaving her lying in her blood pool.

With 15 wounds across her neck and upper body, Ms. Gagieva was rushed to the hospital and placed in a medically induced coma before she passed away several days later, without regaining consciousness. 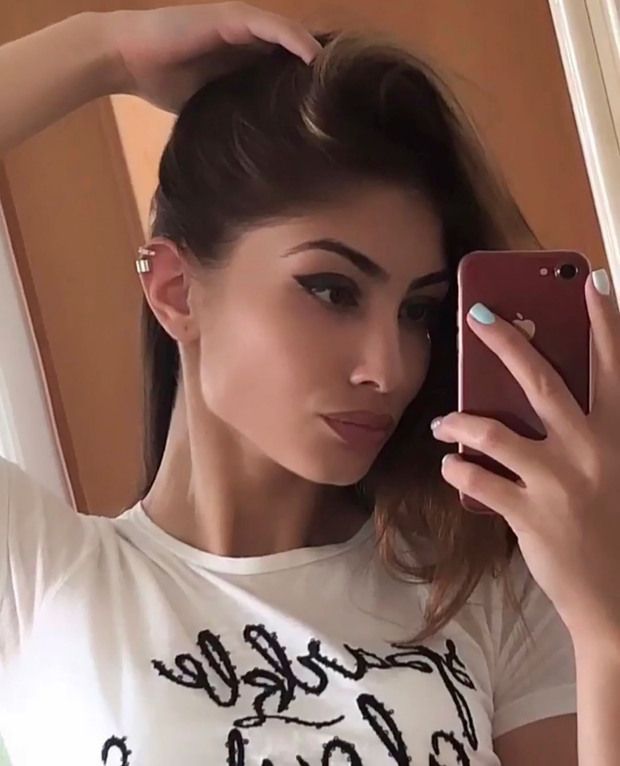 "Her neck along with the carotid artery was completely damaged and the brain has stopped receiving oxygen. Her brain died on her way to the hospital. She had almost no chance of surviving", doctors explained.

One witness told local media, "She was bleeding from her horrific wounds and could not speak. She looked at me in terror. I will never forget this."

A colleague added: "It all happened as fast as lightning.

"We did not have a chance to help her, she was already unconscious." 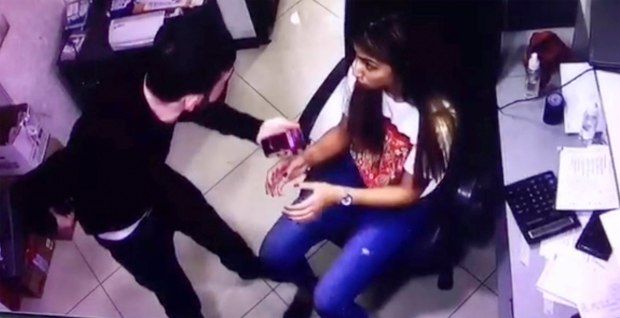 After it emerged that Gagieva had frequently approached authorities about the domestic violence she suffered at the hands of Tekhov, the brutal murder ignited outrage.

The couple married when she had just graduated from high school at the age of 18 when, in line with local traditions, Tekhov 'kidnapped' her.

Two years later, after their son, Vadim, was born, Gagieva divorced Tekhov, tired of enduring constant beatings. Yet her ex-husband kept bullying and abusing her.

Regina’s mother Zema said; “All the time he was jealous. He told her: 'If you are not with me, you will not be with anyone. Be with me, or I will kill you.”

She had repeatedly reported to the police allegations of domestic violence, but no inquiry was ever conducted or she was fobbed off and told it was just a family dispute. 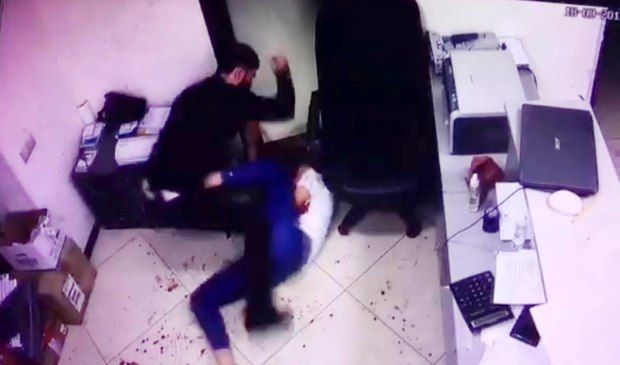 Gagieva's sister Roxana Zaseeva said she "was planning to move 1,500 miles to St. Petersburg to get away from him."

Zaseeva claims Tekhov had sinisterly told her sister: "I don’t care about the tag. No-one will do anything to me.

"If I had my way, I would sentence him to be executed by shooting."

Tekhov had been held under house arrest at the time of the murder and was tagged electronically after he stabbed two men in 2018. 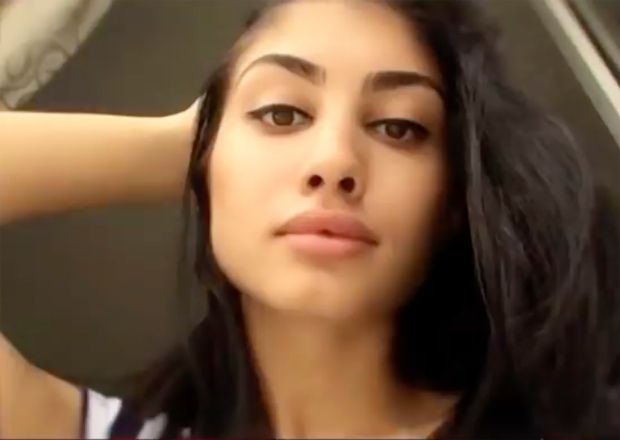 He was found guilty of the murder of Ms. Gagieva, as well as the prior beatings, threats of death, and attempted murder of the two men, and was imprisoned for 16 years.

Her family demanded that the trial be open to the media, but the judge ruled that it should be private.

The case, which was delayed by 18 months due to the pandemic, established that she had already been beaten several times. 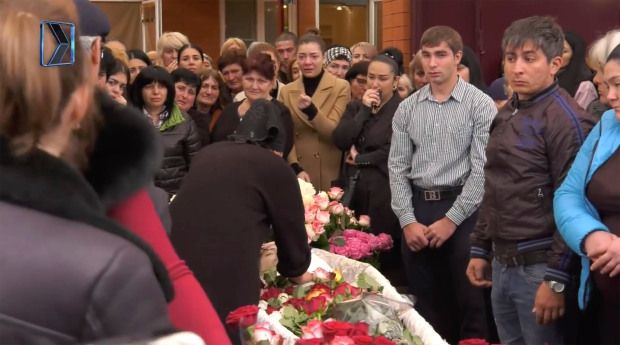 As domestic abuse continues to haunt the women of Russia, swathes of mourners attended her funeral service in Vladikavkaz in a show of solidarity.

According to local tradition, when his mother died, the couple's son, Vadim, was to be raised by Tekhov's family, but Gagiev's family had custody of the five-year-old.

If the police had ensured that Tekhov adhered to his "isolation from society" after the attack on two males, Gagieva "would be alive today."

Roxana Zaseeva's civil demand for compensation of 3 million roubles was also granted by the Soviet District Court of Vladikavkaz. 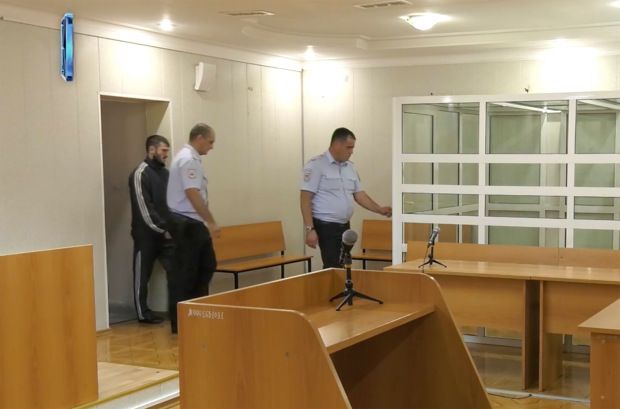