Posted by Sama in Bizarre On 26th July 2020
ADVERTISEMENT

The stories that we hear of crazy ex-girlfriends and boyfriends are probably true after you you watch this bizarre hilarious footage today. We are not talking about the simple things like blocking each other on social media or deleting the pictures on social media but by crazy here we mean the real 'crazy.' The crazy where people go as far as vandalizing other person's property or causing harm to them in a real way possible. 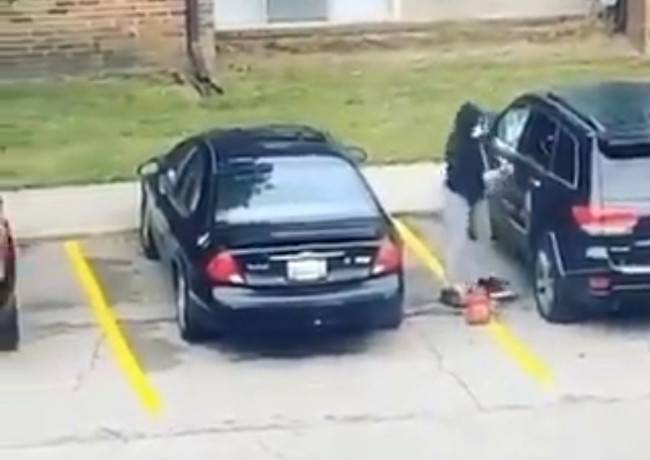 This woman here fits that category of crazy. Now we don't know what the ex-boyfriend did to deserve getting his car set on fire but the fact that the girl came up with 'setting a car on fire' as revenge shows what goes on in her mind.

Be on the look out for alleged suspect. 👇 pic.twitter.com/rVP4o1cI2m

Omgaahhh the way she spider monkey crawled her ass away from nearly blowing herself up took me out. 💀🤣🤣😂 Men: “I like crazy. At least I’ll never get bored.” Me: “So body bags don’t scare you?!” 🤔🤨