An exterminator uploaded a video to TikTok where he found a client trying to donate a bug-infested couch to a single mother. 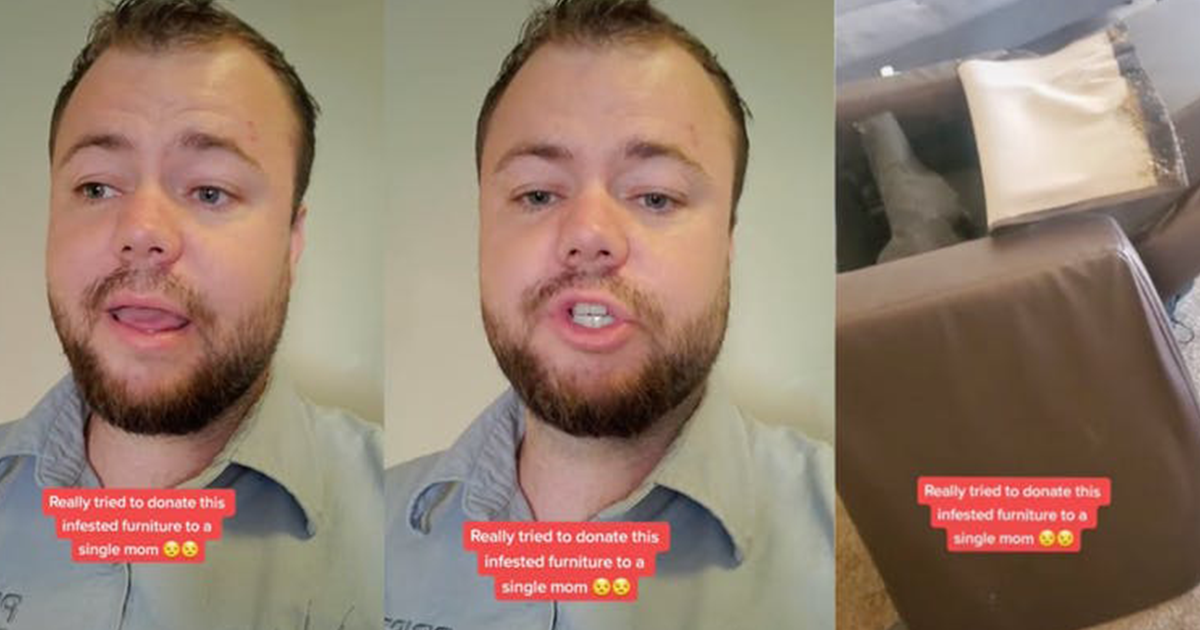 Weston Storey is a popular TikToker and exterminator who recently made a video where he called out a man trying to donate a bug-infested couch to a single mother.

I'm still waiting for the guy to show up, so we can have a chat.. #scumbag #landlord #whodoesthat #fypage #gross #charity #Exterminatorking

Storey who is known as @ExterminatorKing on TikTok said this practice was all too common and shameful. 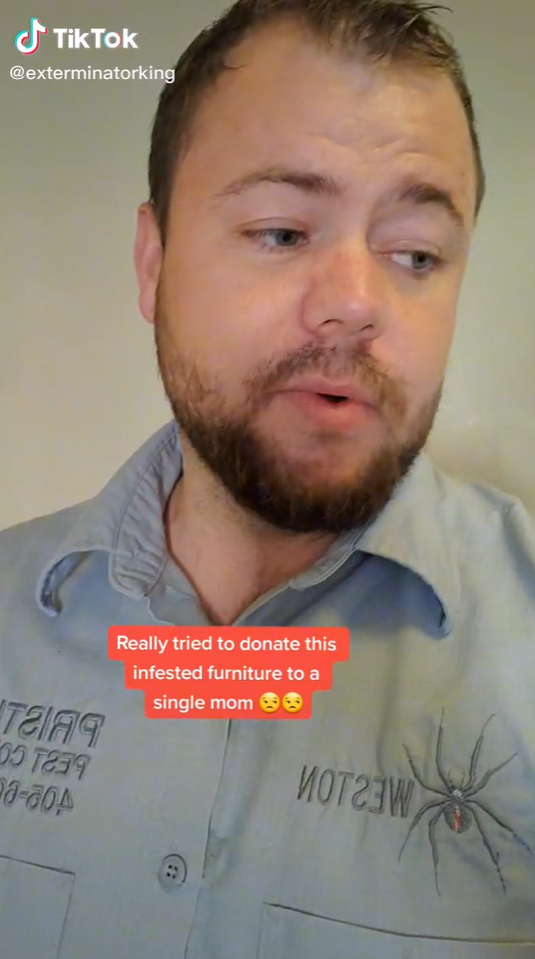 He said that people would often offload their unwanted often infested items to people in need without letting them know of its defects under the guise of donation. 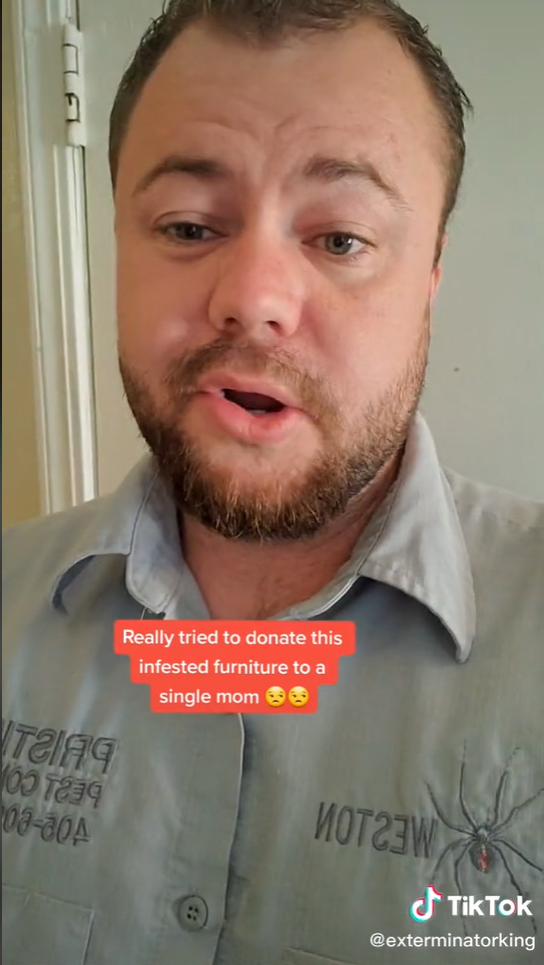 “Throw that shit in the parking lot,” says Storey as he angrily calls out the people who donated a particular couch.

The couch which features in the video was to be picked up by members of a church to further give to a single mother. “You don’t want any of this,” says Storey. 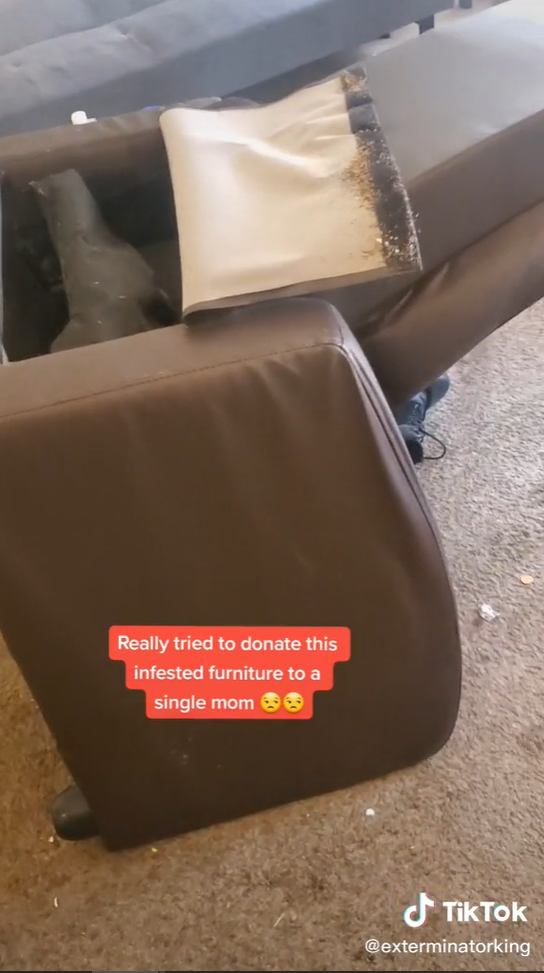 He said he recommends for people to hire a dumpster service to get rid of unwanted items.

He then gives a deeper glimpse into the couch featured in the video. “I’m gonna blast this place on everything. That’s a fucking terrible thing to do.” 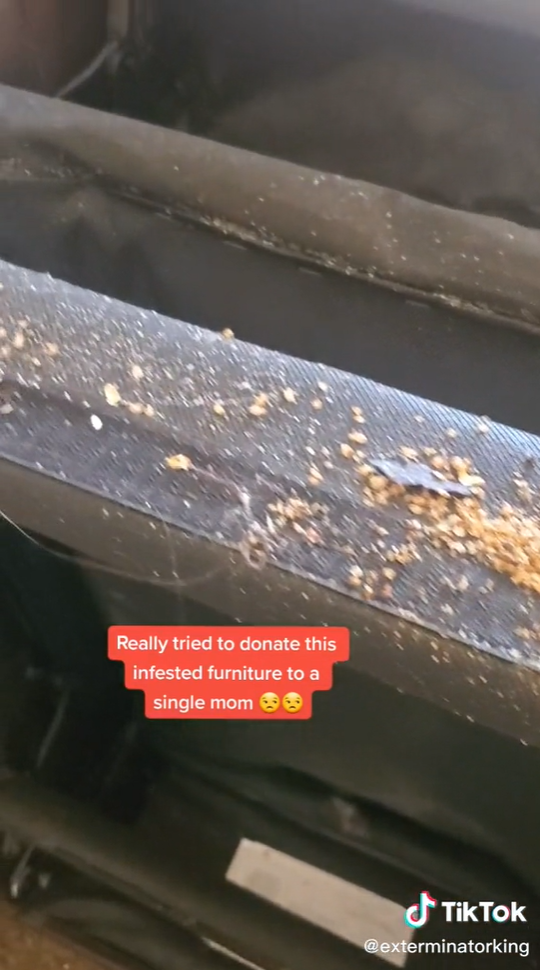 He further added that “Places donate because they get a little tax-exempt thing for making the donation,”

“That’s why so many Goodwill, Salvation Army, or other of the larger non-profits actually don’t even pick furniture up anymore in a lot of states. Because bedbugs are such a huge problem.” 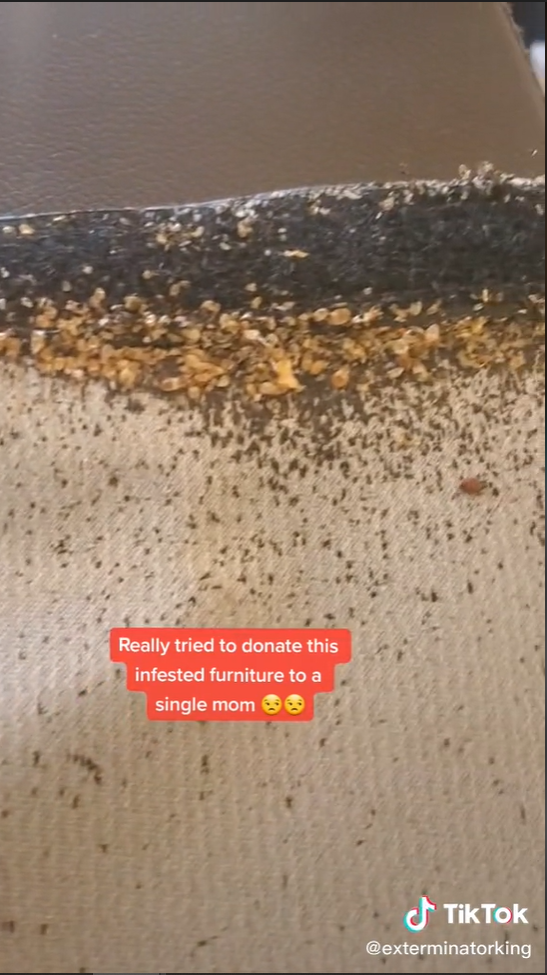 He further added, “A lot of people are just really uneducated about bedbugs and assume the issue isn’t that bad or they think a can of Raid will fix it.”

This commenter pointed out that instead of helping, he was actually giving the single mother a bigger expense which she had not planned for.

Another commenter asked if there were any legal repercussions for this sort of behaviour.