Posted by Sumaiya Ghani in News On 21st November 2020
ADVERTISEMENT

The grieving family lost three of their family members to the deadly virus. The funeral of the mother and two sons was held on the same day so that they stay together forever. 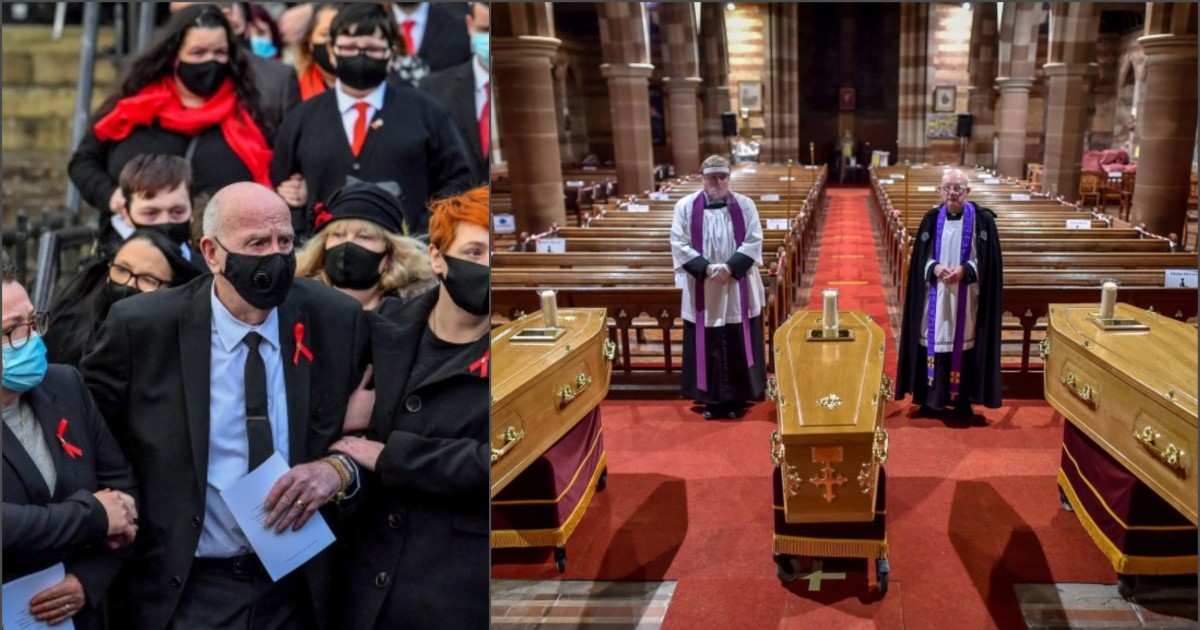 One family lost three of their beloved family members because of coronavirus that too within five days of each other.

The deceased members include Gladys Lewis, 74, and her sons Dean, 44, and Darren, 42, from Pentre, South Wales, who died on October 29, October 30, and November 2 respectively. 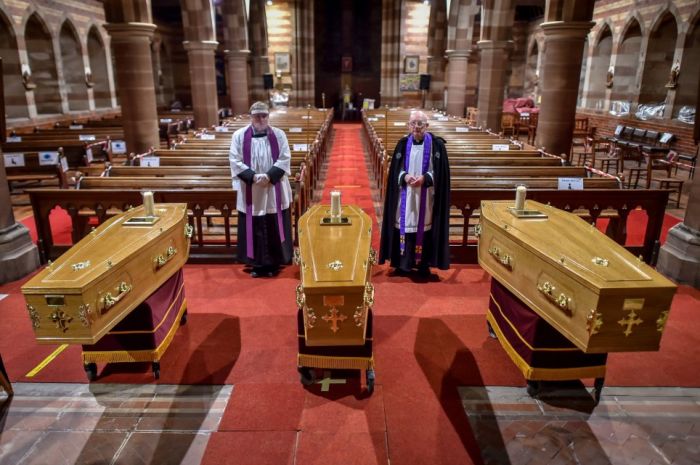 It was confirmed that the cause of death was covid-19

Gladys and her younger son both lost their battles with the virus in intensive care at the Royal Glamorgan Hospital, while Dean, a father of three, was found unresponsive at his home in nearby Treochy and pronounced dead shortly after.

The funeral of all three of them was held on the same day. The heartwrenching sight broke so many hearts while their grieving family members said their final goodbyes. 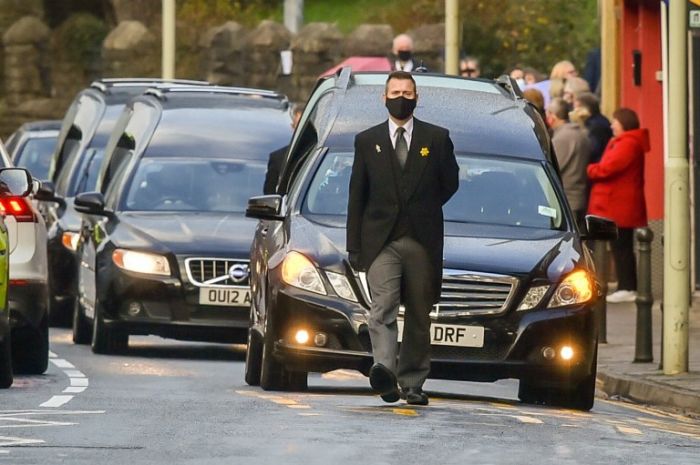 The funeral was held as per the rules as socially-distanced mourners wearing face masks lined the streets outside St Peter’s Church in Pentre, where the funeral could be heard through speakers. 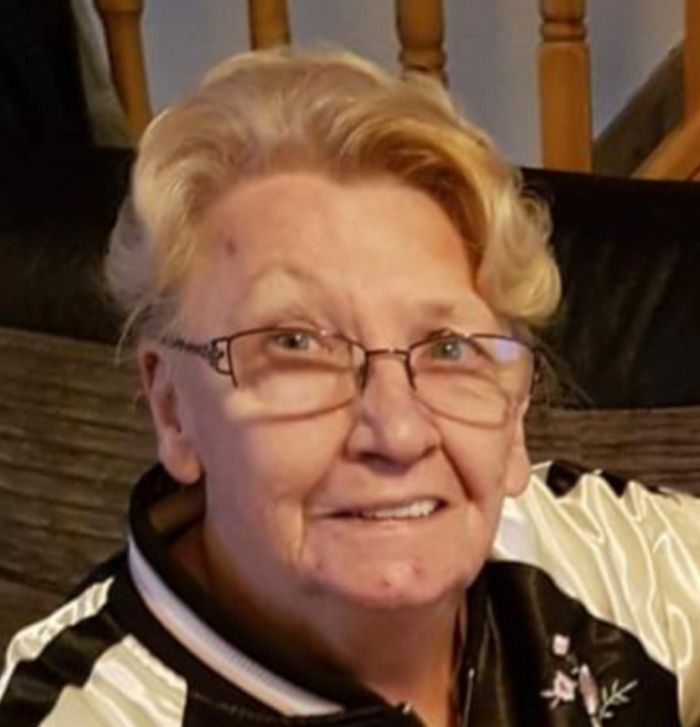 Father Haydn England-Simon, who led the service, told the family: ‘You are right when you say that no-one should ever go through what you have been going through.’

The family eulogies were read by the father that said; ‘Gladys would fight the world and win to make sure her children and grandchildren had what they needed and deserved’. 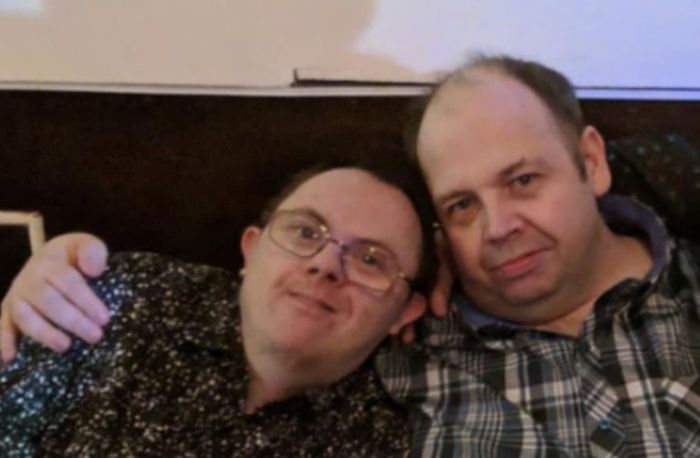 The late mother Gladys was married to her widow David, 81, for 44 years

‘Gladys absolutely idolized her children, she protected Darren his entire life and loved Dean and Debbie to no end.’ 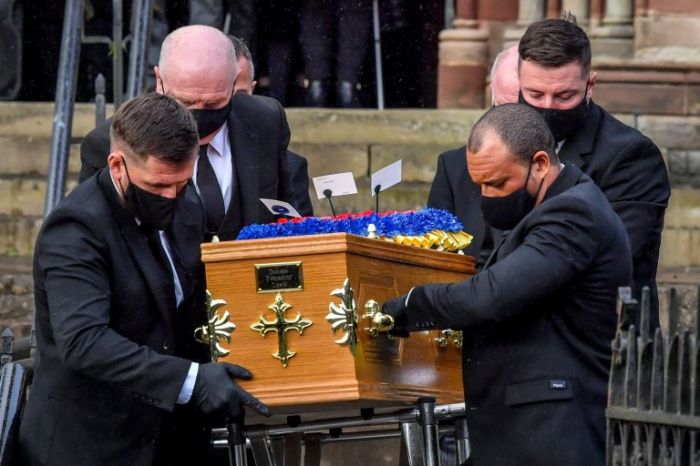 Gladys and David absolutely adored each other

Dean, Gladys's son, was an incredible father who shared common interests of football and gaming with his sons Danny, Declan, and Darian.

Dean left behind his three sons and his wife, 44, whom he met at school and started dating in 1991 when both of them were teenagers. 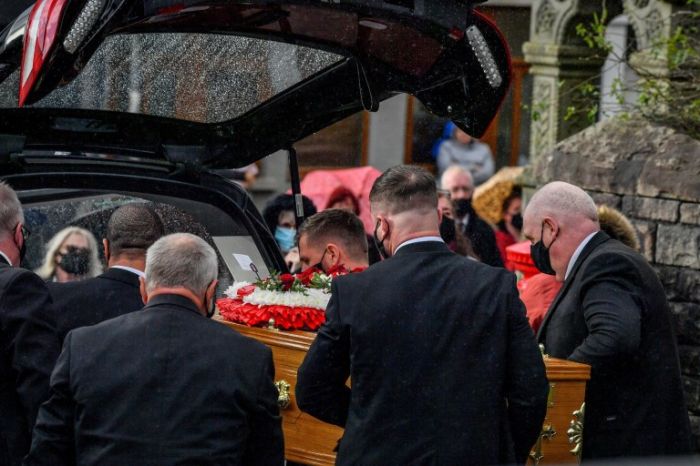 The other son Darren, who lived with Down’s Syndrome, also loved football. Besides that,  Darren loved the attention and used to be the life of party at family occasions.

His eulogy said: ‘It was Darren’s fighting spirit that drew people to him and made him who he was – the strong, determined character that was loved by so many.’ 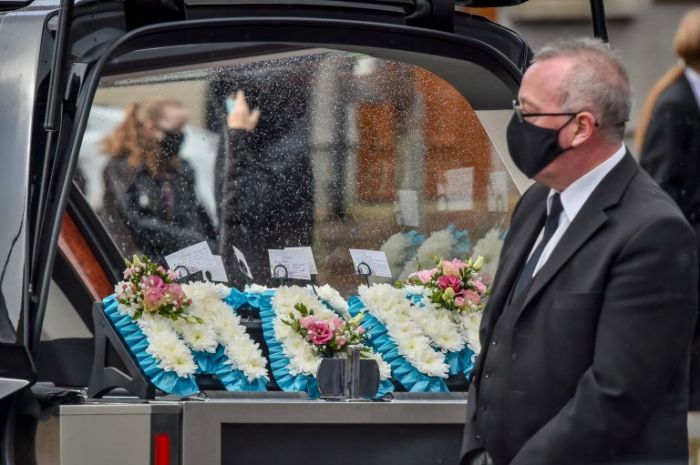 Dean used to leave the house once a week only

Darren and Gladys already had the chronic obstructive pulmonary disease (COPD) and emphysema so the family used to be very careful.  The elder son Dean only left the house once a week to buy necessary things for his parents. 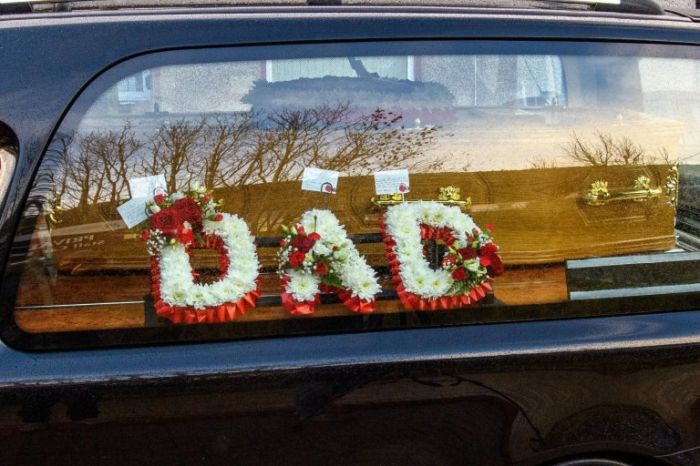 Besides these three, ten other members of their family also caught the virus.

The family also became the target of online bullying but there were so many out there who supported and loved them. 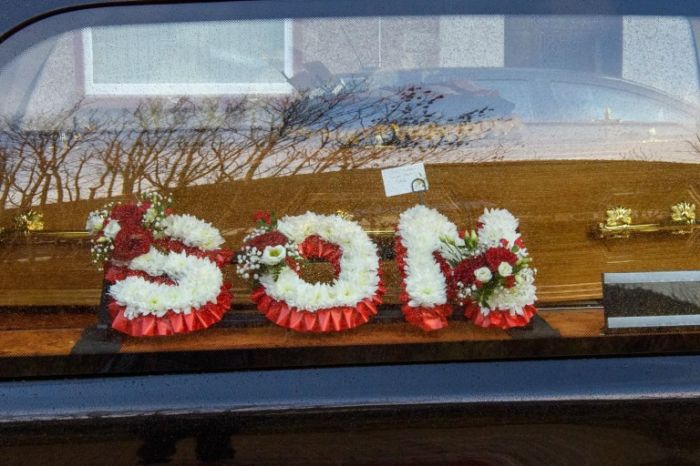 David, 81, being held out of the church

The grieving family thanked the public for their support and love in this difficult time.

‘As a family, we cannot express how much your love, messages, and support mean to us all.'

‘We would like to say thank-you to each and every one of you. Special thanks to Father Haydn and to everyone who has supported the family during this difficult time.’ 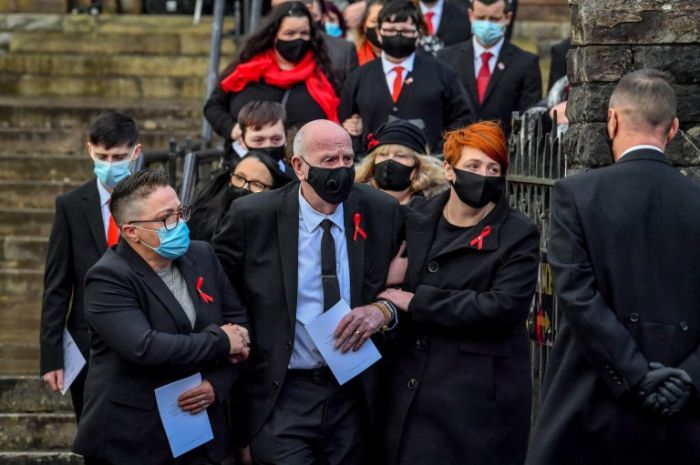