Posted by Sama in News On 20th August 2021
ADVERTISEMENT

A dramatic scene unfolded at this discount store where the store employees along with the manager and the workers decided to quit their job of brutally long hours with minimum wage and together walked out of the store after hanging an apology message of causing inconvenience at the front door. 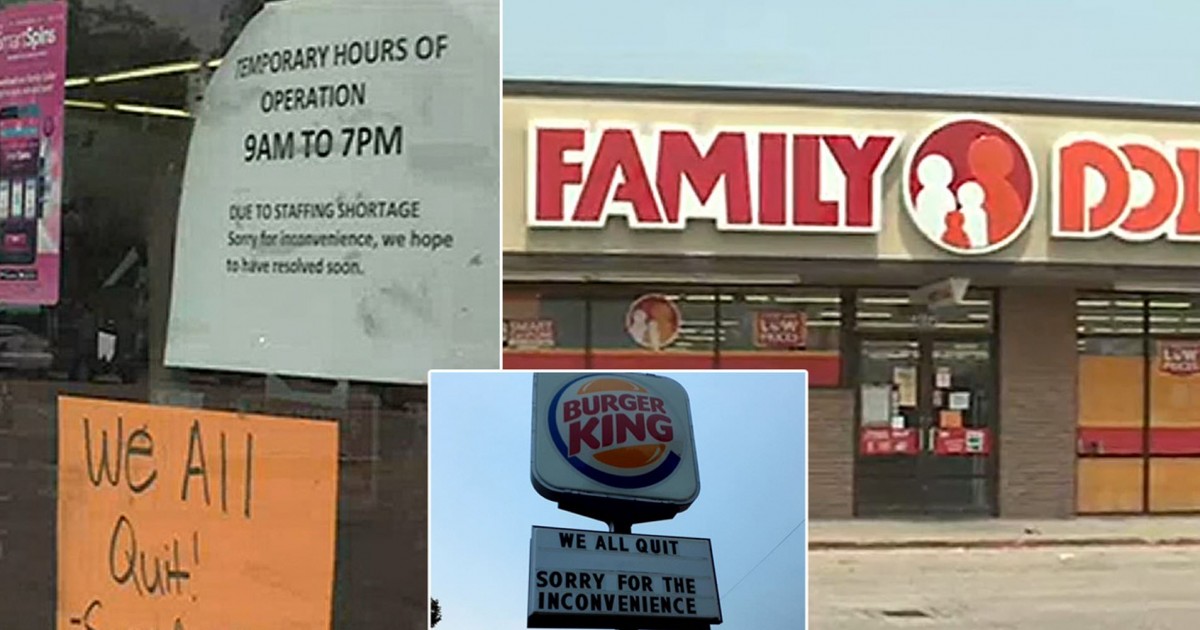 The Family Dollar store in Lincoln, Nebraska was forced to close after its employees decided to call it quits and just walked out.

The discount store was left unmanned after the whole staff joined forces to protest against its alleged low pay and long shifts.

The last two employees left a note on the shop’s front door announcing their collective departure. It read:

“We all quit! Sorry for the inconvenience.” 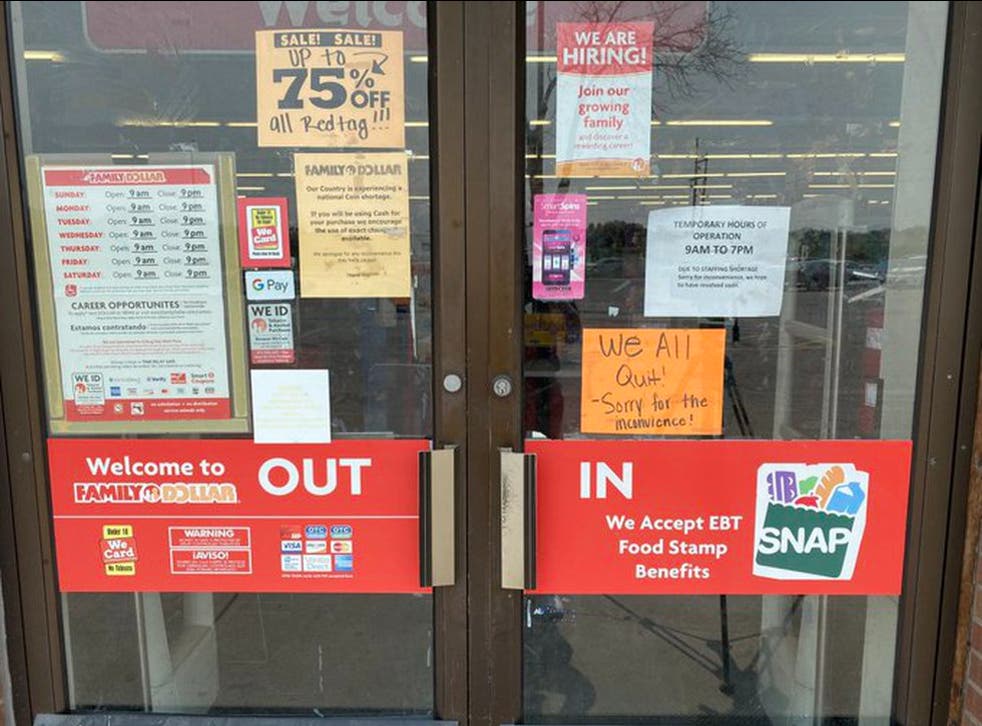 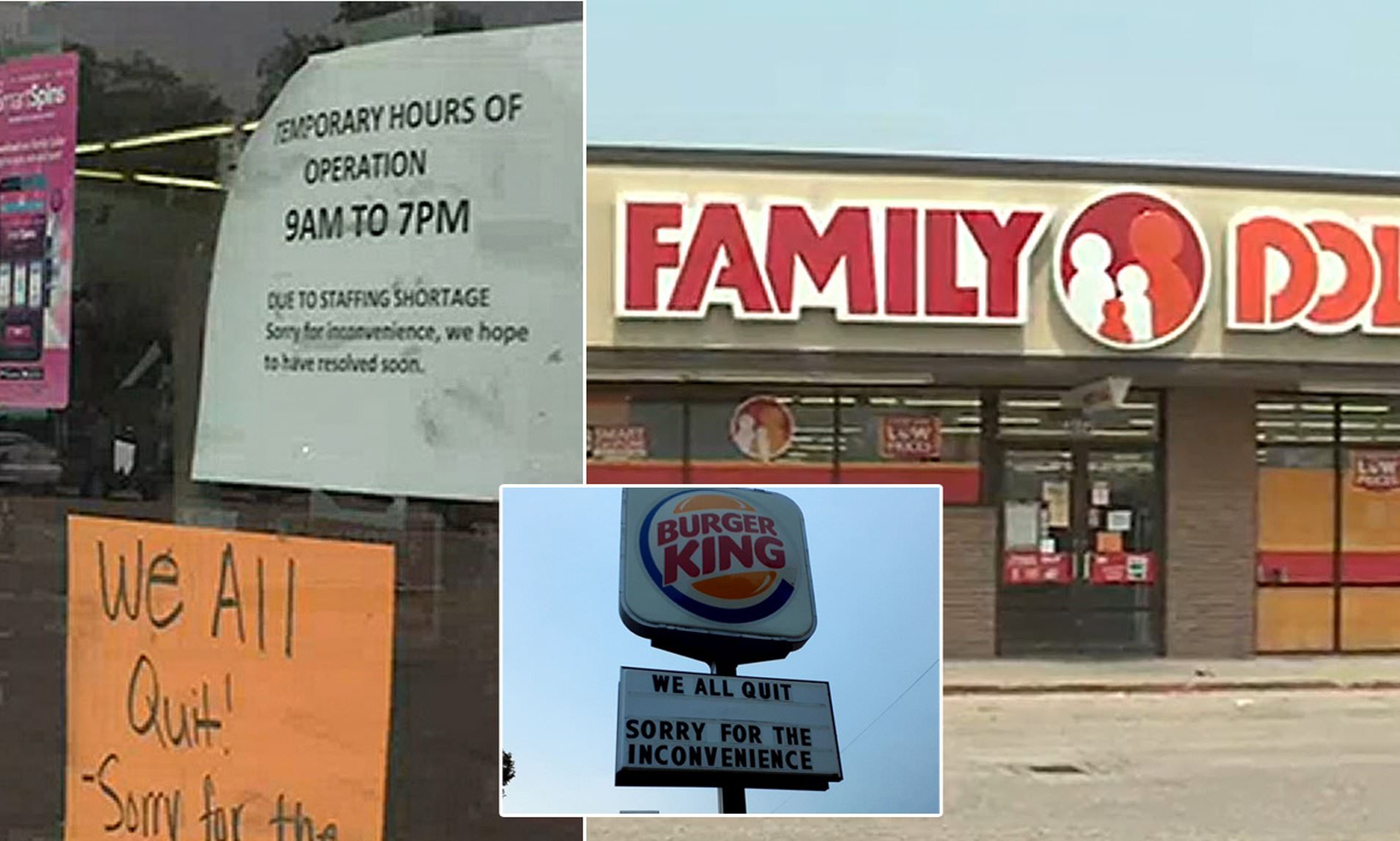 She said: “We got employees hired, they went through the onboarding process, they’d work for us for two days and they’d quit.

“They’d be done so it was just a never-ending cycle of training people and them quitting, and we wouldn’t have anybody anymore.” 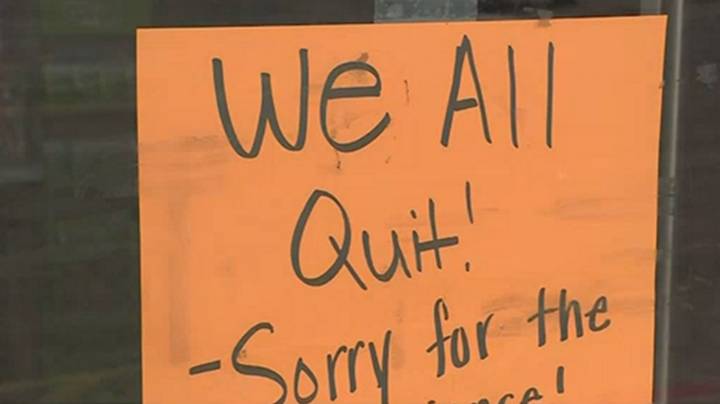 “We couldn’t keep any cashiers hired because they only made $10 an hour and it definitely wasn’t worth the pay for everything we had to expect them to do,” Faeller said in a separate interview with Fox 5 News.

Reportedly, the workers were forced to work 11 hours shift, seven days a week and it was at this point that the manager decided to quit her job.

She added: “I had no more stress wondering if I was going to be the only one working that day.

“I felt horrible at the same time, I had a lot of regular customers that I enjoyed talking to every day but I just couldn’t do it anymore.” 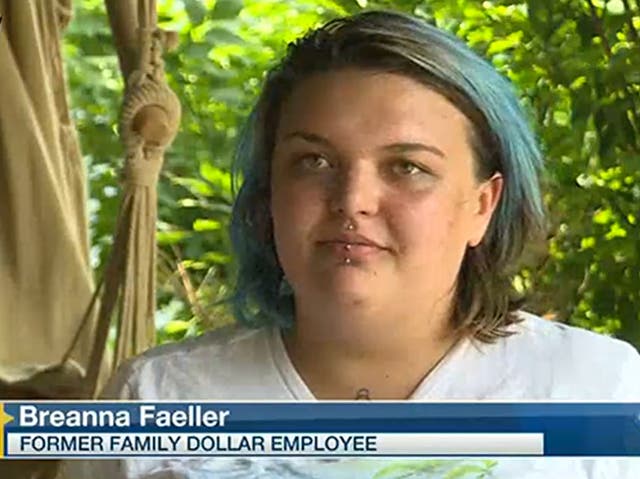 Though the shop was dramatically closed for a short period, it reopened after being forced to cut its opening hours from 9 am-9 pm to 9 am-7 pm, KOLN reports.

Also, Family Dollar has released a statement regarding the matter, it says:

“Our Lincoln neighborhood store is open for business. We are not able to comment on the employment actions or status of individuals.”

Only a few days, back a similar incident happened where Burger King employees went viral after they publicized their walkout on an advertising board. 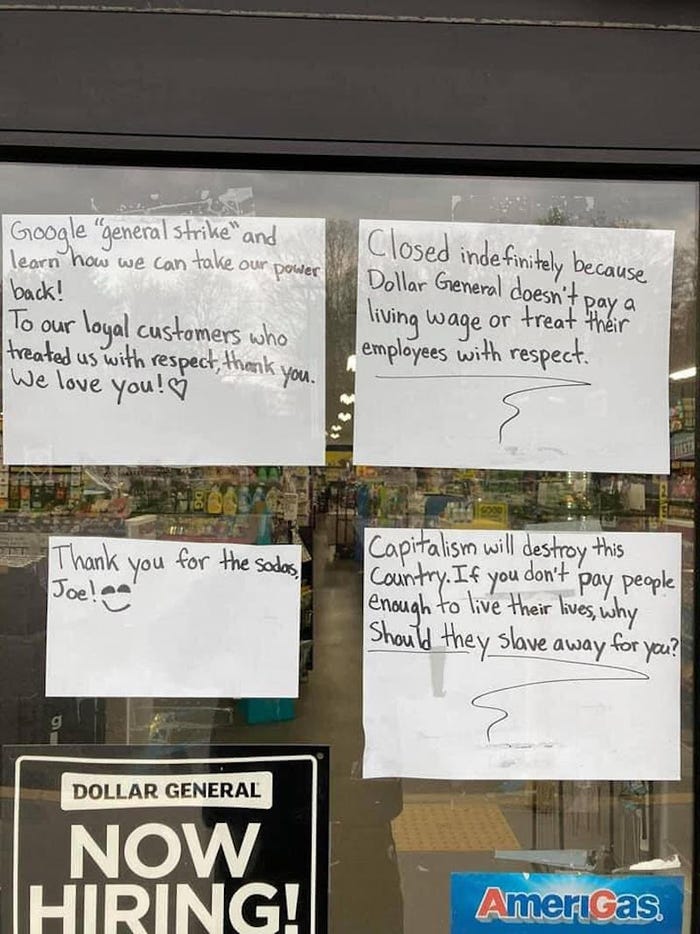