Posted by Sama in News On 7th December 2021
advertisement

Haley Richey was left shocked and traumatized after the Ring camera footage showed him an Indiana police officer mercilessly hitting his dog outside his house. The man posted the video on Twitter to share with the world the cruel behavior his animals faced and had it not been for the surveillance footage, he would have never known about the incident. However, as the video went viral on social media, the Terre Haute Police Department came forward with bodycam footage evidence and their side of the story.

This homeowner was left speechless and horrified after surveillance footage from a Ring doorbell camera showed an Indiana police officer repeatedly kicking a dog on the porch of a residence.

The dog could be heard yelping with pain as the officer violently kicks him before it helplessly ran off. 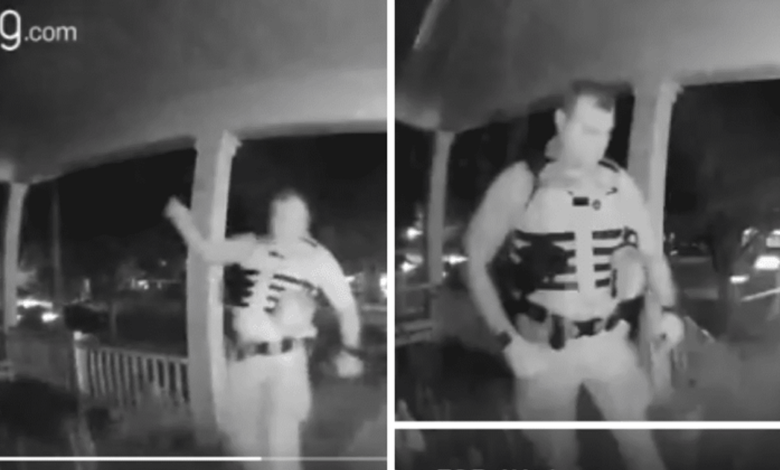 The homeowner of the residence, Haley Richey, uploaded the footage on Twitter, where he wrote:

“Yesterday evening while my family and I were at work, someone broke into my home."

"My dogs ran the intruder off. This was the response shortly after a neighbor called. My home needed help and all it received was hurt.” 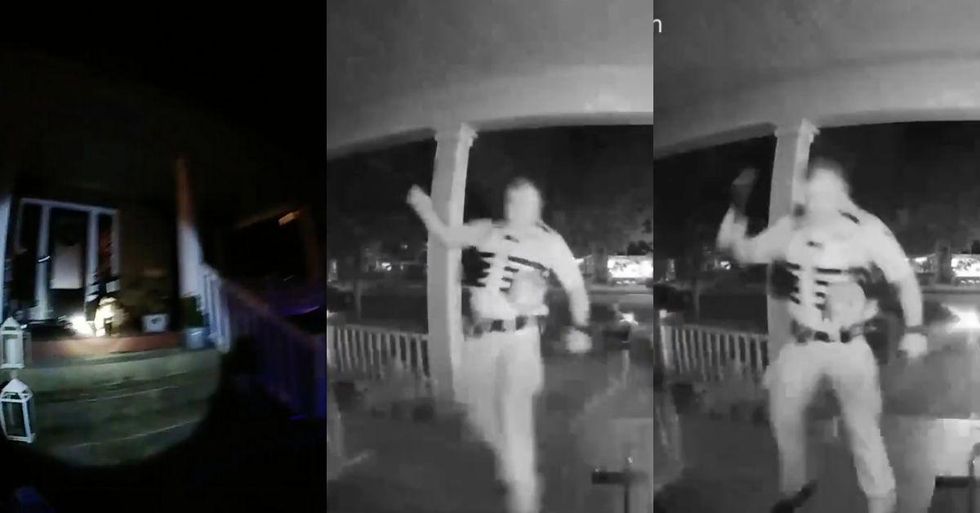 As the video went viral on social media with many Twitter users calling out unprovoked animal cruelty, the Terre Haute Police Department provided context and explained their side of the story.

The police department uploaded the footage of the bodycam worn by the said officer on their Facebook page after they were alerted to the outrage from viewers who saw Richey's Twitter post. 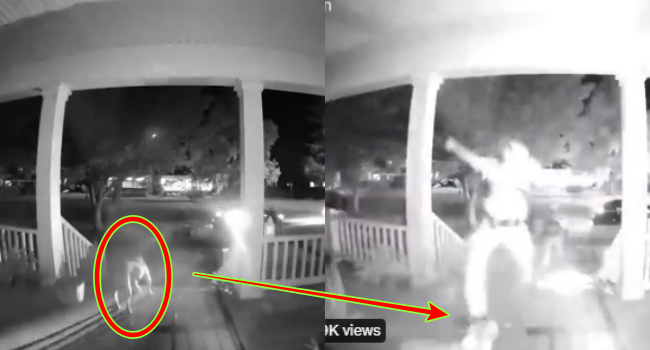 The THPD released the following statement with the video:

"This short video depicts the sergeant’s encounter with a dog on a porch."

"Based on this shared narrative and brief segment of video, we absolutely understand the perception and outrage expressed by many."

"We hold the highest regard for our police K9s and consider them all part of our family. Many of us have our own animals and would no more want to see them hurt than our own children."

Yesterday evening while my family and I were at work, someone broke into my home. My dogs ran the intruder off. This was the response shortly after a neighbor called. My home needed help and all it received was hurt. #AnimalCruelty pic.twitter.com/0tnNbSulod

The department said there were two dogs that were “running at the officer" prior to the officer kicking the animal on the porch.

"Both dogs appear aggressive and continue to lunge at the sergeant from separate sides."

"At 2 minutes 11 seconds, the officer attempts to speak to a neighbor to the east when the brown dog again lunges at the officer repeatedly.”

In the bodycam footage, at one point the officer was seen running after the dog:

He was also heard telling another dog, "I’ll kick the sh*t out of you" before approaching the presumed residence with the Ring security cam.

why did he have to hurt the dog.?

Before the attack, the officer approached another residence and told that homeowner, “They about got shot.”

The TPHD claimed that the homeowner called the police officers back to the scene because they believed that the dogs had gotten out because of a burglar.

"After the original call completed, at approximately 10:49 P.M., the male resident contacted police again and reported that after speaking with his family, he believes someone may have gotten into their residence and that is how the dogs escaped."

"Nothing was reported missing at that time and no video was available depicting an intruder."

"This claim remains under investigation, but there are currently no witnesses or video indicating an intruder was present or that the dogs scared one off.”

The THPD claimed that they investigated the whole case after turning in all private video, bodycam footage, and reports of the incident to the prosecutor's office "for an independent review consistent with policy."

According to the department, the Vigo County Prosecutor’s Office–which reviewed the footage for an independent investigation–concluded “no criminal activity was found to have occurred on the part of the officer.”

“The prosecutor’s office also independently contacted the male resident and offered to meet with him or any member of his family to allow them to view the full body camera footage."

"The prosecutor’s office indicated that this offer was declined.”

Lord Jesus that sent chills down my spine I hope your fur baby is ok or has a speedy recover. That was traumatic to watch I can't even imagine how you feel.

Richey then added another post on social media where he expressed that he shared the video for awareness and he had no hate, but "all pain for what occurred."

“I can’t wrap my head around how easy it was to approach my dogs the way they were," he wrote.

"I have no hate, but pain for the individual. How easy was it to approach my pets that only had the option to yelp and run to defend themselves?"

"How are others, not just pets being treated in our community?”

If you kick a police dog, you get charged with assaulting a police officer.

If you kick a non police dog, you get charged with animal cruelty.

If the police kick a dog, they don't get charged and receive a paycheck/pension for their actions.

"This is the way our society will continue to be if nothing changes," Richey continued.

"The brutality that continues to take place should be enough, but there seems to be a never ending cycle."

"It's hard to feel protection nowadays, yet it's easy to be intimidated from these fears."

The police department sternly denied any claims of a reported burglary as a reason for the officers to respond. They claimed they were called due to an unrestrained "aggressive" white pit bull that had bitten a mailman and an 11-year-old girl.

"On November 29, 2021, at approximately 7:05 P.M., the Vigo County Central Dispatch received a call complaining of an aggressive white pit bull in the 1700 block of Ohio Street that had been 'charging at everyone that goes by. RP advised that he has bitten a child and a mailman in the past and is very very aggressive.'”

"The reporting person also advised that this is an ongoing problem. A check revealed that on May 2, 2020, at approximately 7:50 P.M., officers were sent to the same address for a white pit bull that had bitten an 11 year old girl."

"At that time, officers reported that an adult female resident had indicated that her daughter had left the gate open and the dog had gotten out and went after the juvenile victim."

The THPD said the incident “will still be objectively evaluating the conduct to see if it violates any departmental policies or directives.

During the period of investigation, they said the officer related to the incident will be placed on administrative duty.