The recent mandatory Christmas pictures posted by Kim Kardashian show the reality star rocking a green, rubber corset that has a six-pack of abs built into it. People compare her unique outfit, with all the abs, to that of Marvel’s Hulk. ‘Merry Hulkmas!’ one user wrote. Another said: ‘Halloween fit on Xmas ok’. 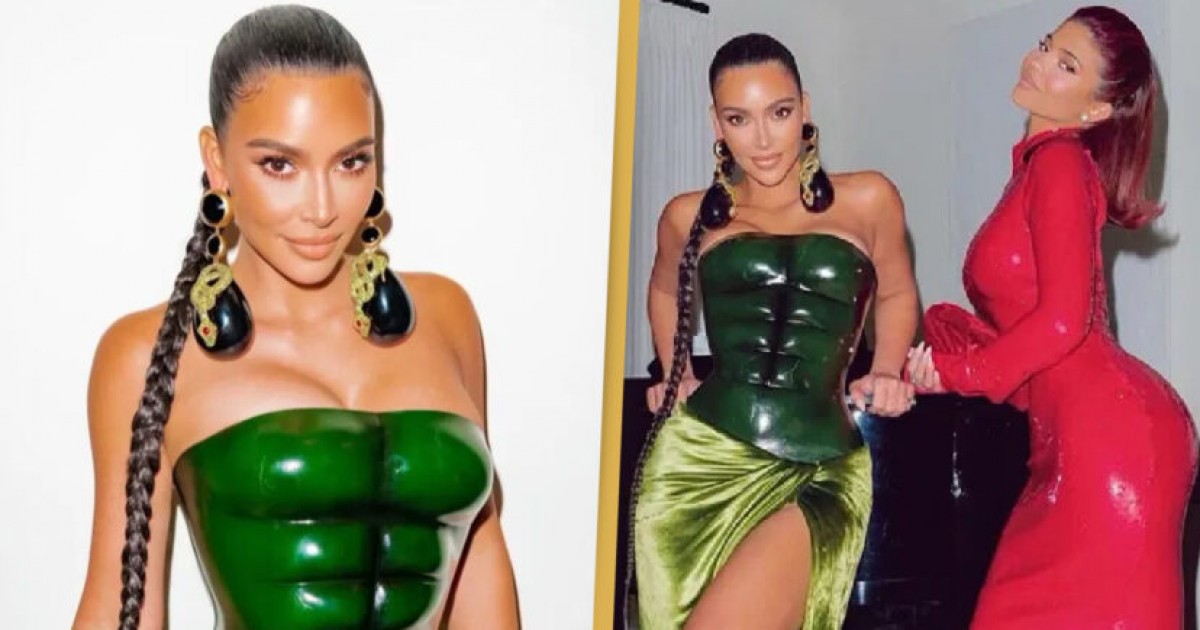 This time people are comparing her Christmas outfit, which was a green fitted rubber corset, to 'The Hulk' and it's hilarious. 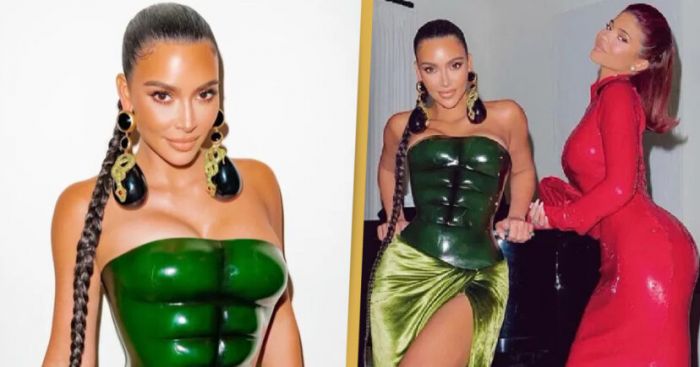 Her strange but unique corset seems to have a six-pack of abs built into it, which her fans compared to Marvel’s Hulk

Kim posted the pictures of the entire family celebrating Christmas but the comment section was more interested in her hulk-like dress.

The rubber corset was paired with a light green colored satin skirt featuring a thigh-high split. Kim carried the dress in her signature style and posed for the picture besides her also very-famous sister Kylie Jenner. 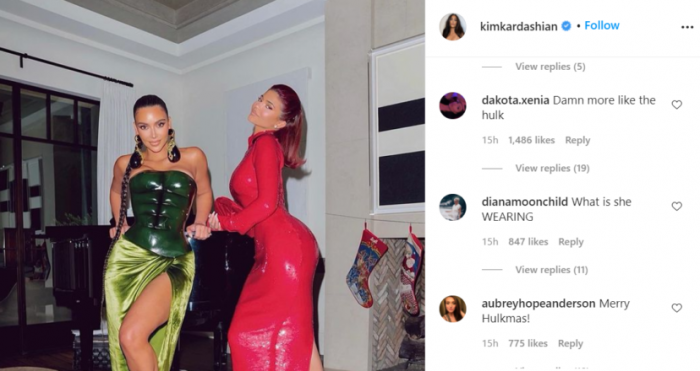 One follower even compared it to a ninja turtle

Some of the many comments include;

‘Why is Kim dressed as mutant ninja turtle?’ the user wrote. 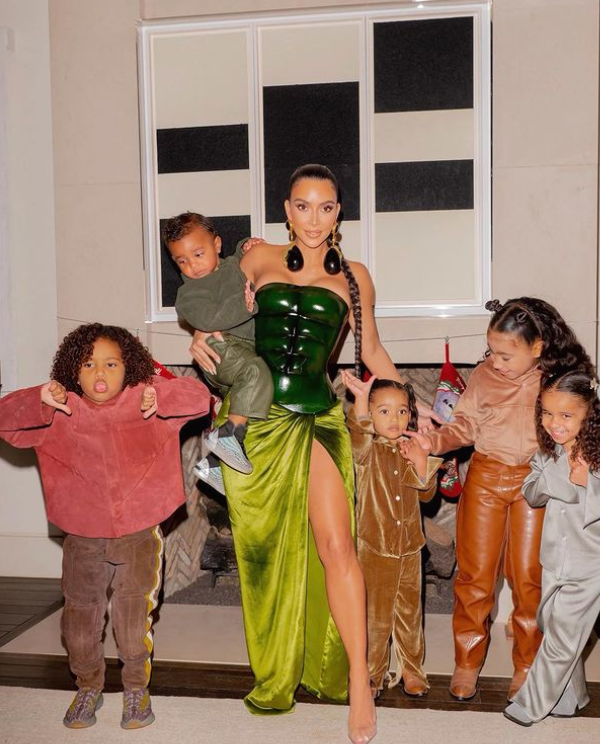 It looks like Kim intentionally chose this outfit, the star was seen making fun of it herself

She wrote the following caption on her picture with Kylie;

"Merry Christmas from The Grinch and Santa."

Kim shared a happy picture with all her children and also one with her mother Kris Jenner and sisters.

Recently, the famous sisters Kim and Kourtney were also criticized after their children were filmed performing a Māori haka

Scott Disick came to his Instagram to share the clip of the war dance and accused the troublemaker family of cultural appropriation.

People were not happy after seeing this.

Why the f*ck are the Kardashian West Disick kids doing a haka on Scott’s story? That feels wildly inappropriate?