Posted by Abdul Rafay in Food On 23rd June 2021
ADVERTISEMENT

The UK's top female competitive eater has revealed the task that had the most negative effects on her body, claiming that eating a particularly spicy pie left her arms and hands 'burning.' Leah Shutkever, 31, once tried what was advertised as the UK's hottest pie: a 1lb pork pie stuffed with spicy chili. 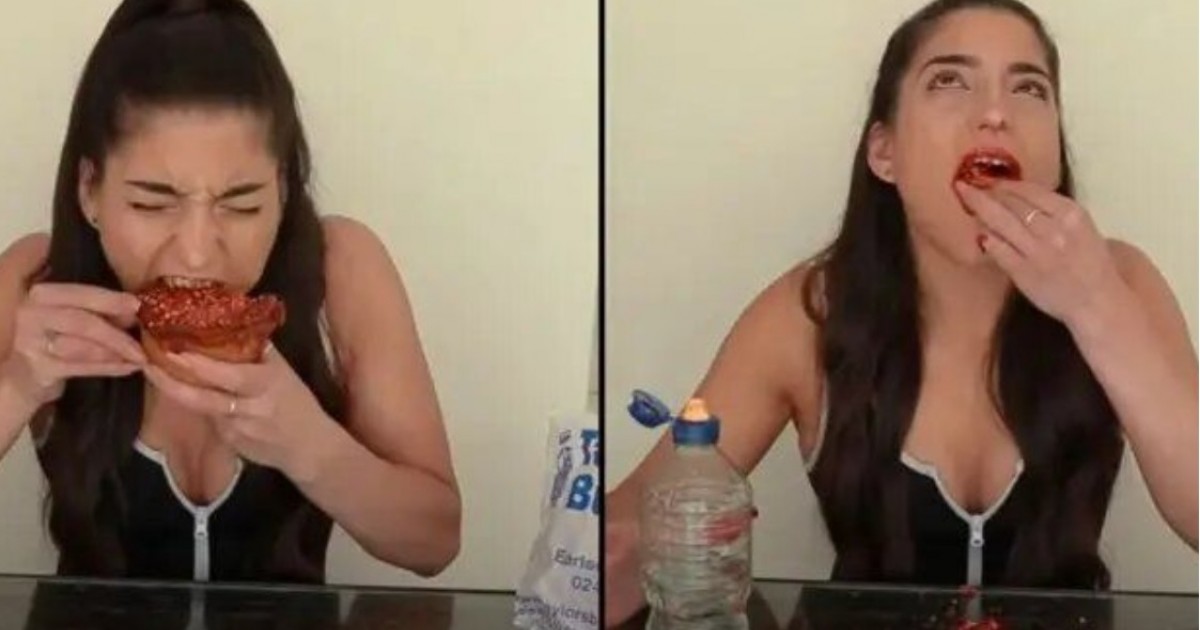 She opted to go in with her hands, despite just having a bottle of water, which turned out to be a terrible idea.

"I got the chili sauce on my hands - rookie error - and I came out in a rash. My arms and hands were burning.” 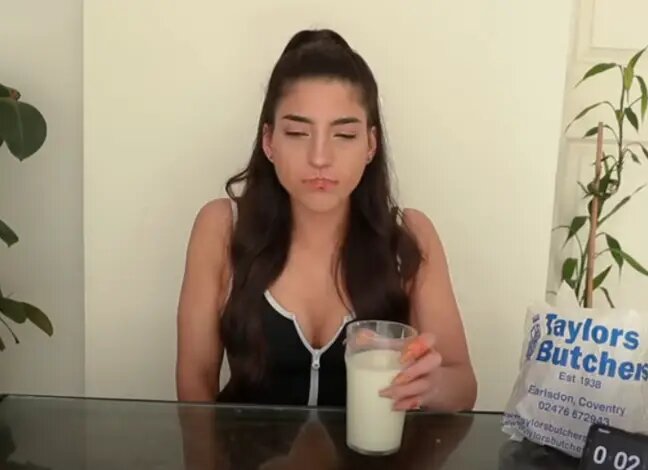 "From this is learned that capsaicin oil in chili soaks into your skin and spreads if you wash with warm water/shower - my second error.”

"I used cold water with fairy liquid to break down the oil to stop the burning - every day is a school day."

Shutkever noted in her YouTube video of the challenge that the pie - from Taylors Butchers in Coventry - is designed to be shared between two people, but because she 'doesn't do things by halves,' she felt compelled to finish it.

She went on to say that she was 'completely unprepared' for the quantity of spice, which left her stomach 'churning,' and that she had obviously underestimated the challenge, advising people to 'wear gloves' if they're ever bold enough to try it.

However, the most difficult item she's ever had to eat wasn't anything spicy, but rather a dish of Scotch eggs.

Shutkever, who is based in South Birmingham, told us: "In 2015 I was asked to participate in the qualifiers for the World Championship eating competition [TV Tokyo's Battle of the Big Eaters].”

"The challenge was on the top deck of a boat, on the Thames, mid-winter, eating cold Scotch eggs.”

"We had to eat as many as we could in 30 minutes. The top four would qualify to be Team GB and be flown to New York to compete.”

"I ate 15 Scotch eggs in 22 minutes. I noticed I was ahead of everyone else by 5-10 Scotch eggs so I coasted the rest of the way and won.”

"But I've never felt so ill in my entire life and I've never looked at one the same again, ever since."

Shutkever noted that the short-term consequences of such difficulties on her body are 'as expected,' but that she tries to keep as active as possible afterward to help.

"I do feel tired and often heavy and bloated, but nothing that some cardio and plenty of water can't alleviate," she said.