Posted by Abdul Rafay in News On 14th April 2021
ADVERTISEMENT

Daunte Wright, 20, was shot after the officer intended to use a Taser but instead drew her pistol, according to Chief Tim Gannon. Kim Potter, a 26-year officer of the Brooklyn Center Police Department, was later identified as the cop. Protests have erupted in response to Mr. Wright's death, and a curfew has been imposed. 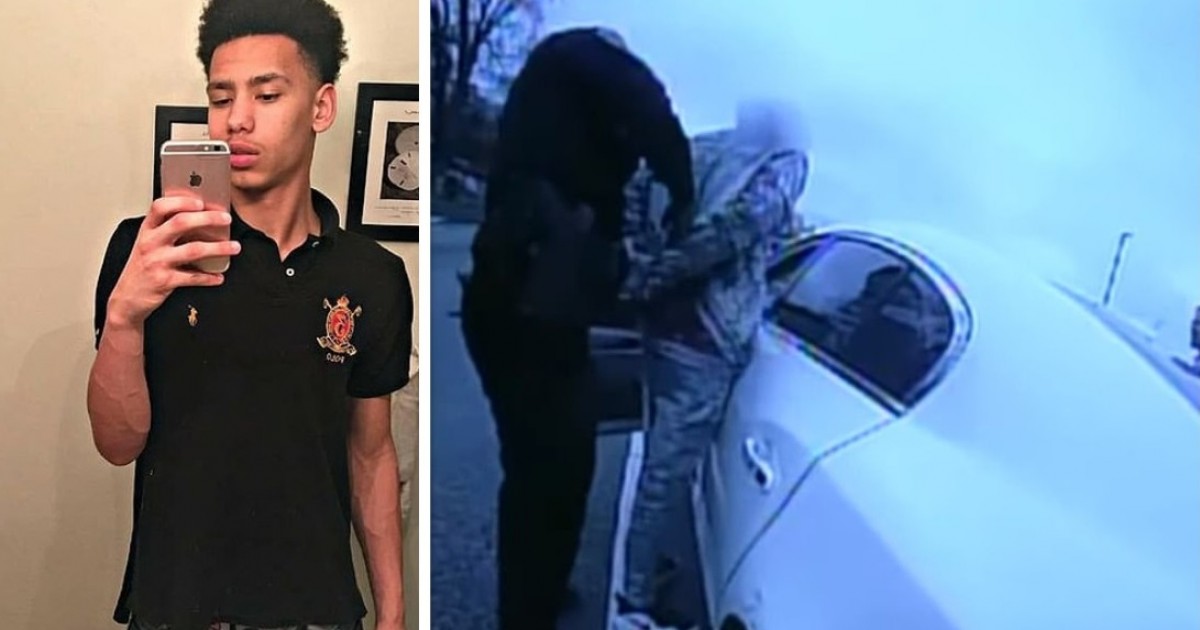 After reportedly mistakenly shooting her pistol instead of her taser during a struggle, a senior female police officer who shot and killed a 20-year-old black man during a traffic stop in Minneapolis says on the bodycam video, "holy sh*t, I shot him." 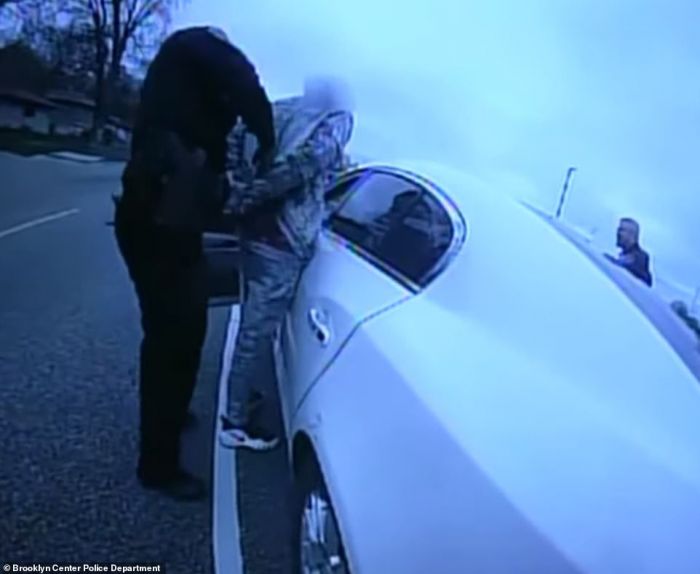 Wright was shot and killed on Sunday afternoon after he and his girlfriend were pulled over for expired car registration, according to police. Officers discovered that Wright, who has a toddler son, was wanted on an outstanding warrant.

His death was ruled a homicide by the Hennepin County medical examiner on Monday evening, with a gunshot wound to the chest as the cause of death. 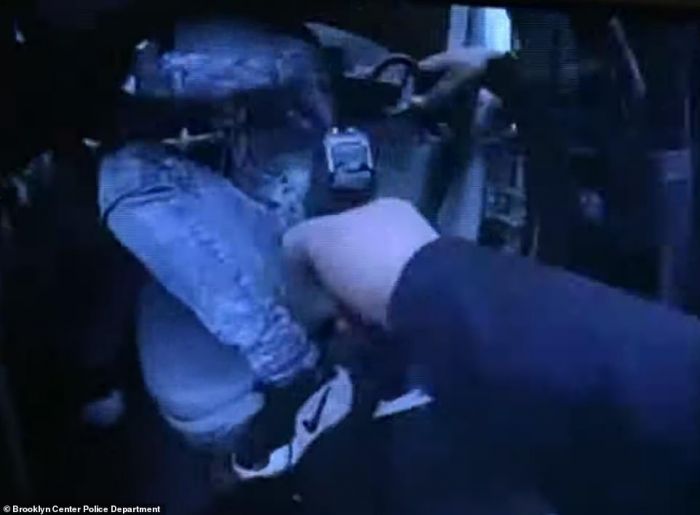 Gannon released bodycam footage of the incident at a tense news conference, which showed three officers approaching Wright's car after he was pulled over for a traffic stop.

One officer attempted to handcuff Wright while a second officer informed him that he was being arrested on a warrant. In an apparent attempt to escape, Wright jumped back into his vehicle. 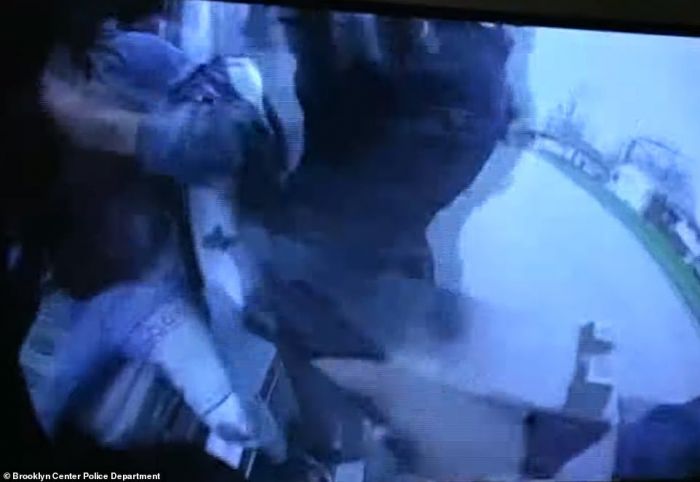 The officers and Wright, who was still sitting inside his car, then got into a fight.

In the moments before firing her weapon, the female officer could be heard yelling 'Taser!' several times. The female officer can be heard saying shortly after. 'Holy sh*t, I shot at him.' In the aftermath, she appears to have dropped her gun. 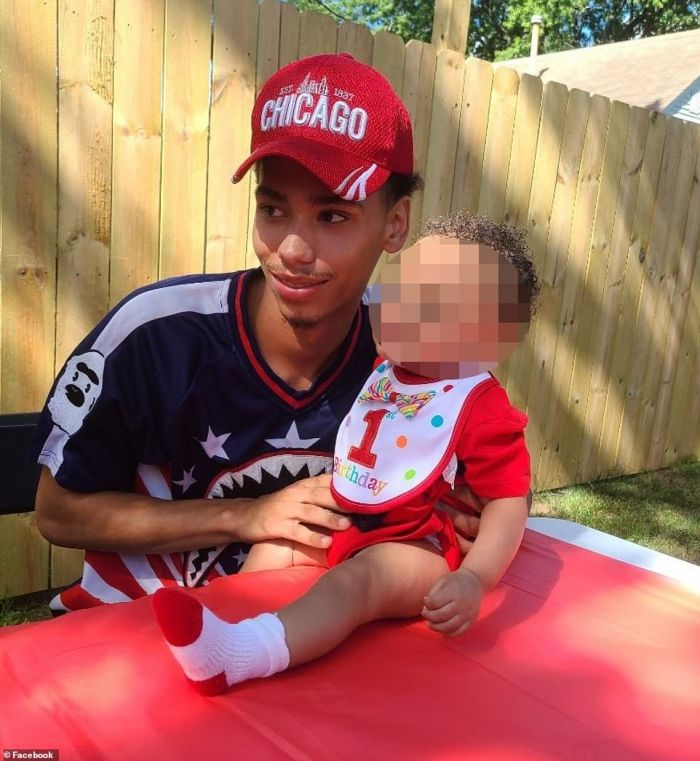 Wright's vehicle, according to Gannon, did not contain a pistol.

When Wright collided with another vehicle, he was able to travel several blocks before coming to a halt. His girlfriend, who was a passenger in the car, was injured but not seriously.

'This was an accidental discharge that resulted in a tragic death of Mr. Wright,' Gannon said. 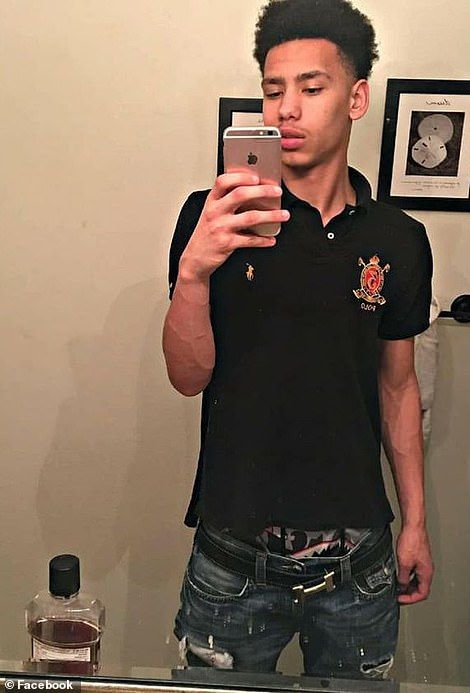 'As I watch the video and listen to the officer's commands, I believe that the officer had the intention to deploy their taser, but instead shot Mr. Wright with a single bullet.

'For informational purposes, we train with our handguns on our dominant side, and our taser on our weak side. If you're right-handed you carry your firearm on your right side and your carry your taser on the left. This is done purposefully, and it's trained.' 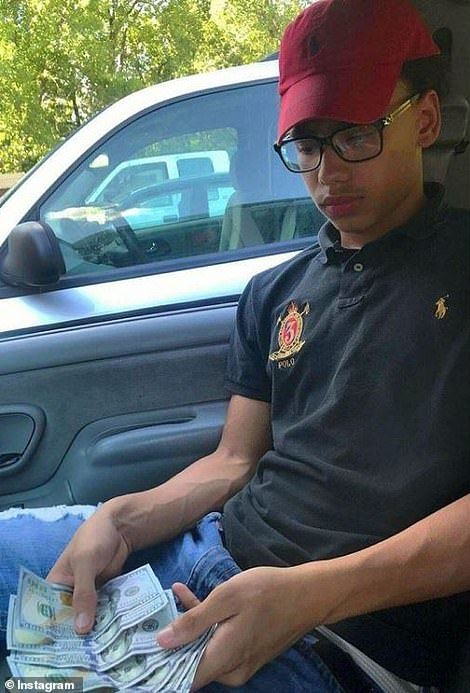 Wright's death is being investigated by the Minnesota Bureau of Criminal Apprehension.

The officer who fired the fatal shot has yet to be identified, but Gannon characterized her as a "very senior officer." 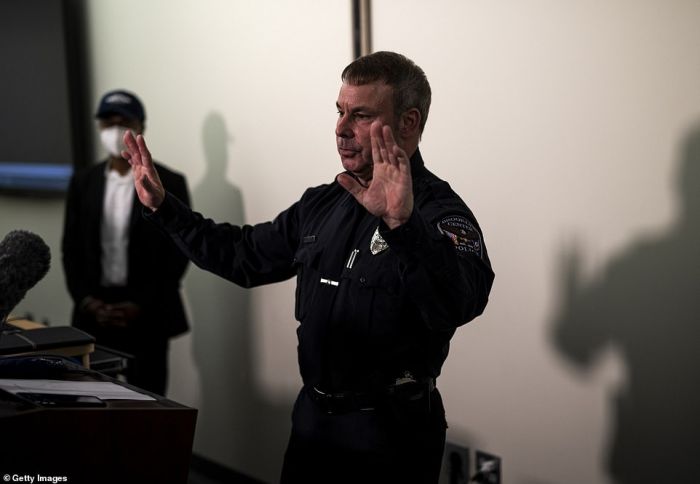 She's been assigned to administrative work.

During the press conference, Brooklyn Mayor Mike Elliott said that the officer should be fired. 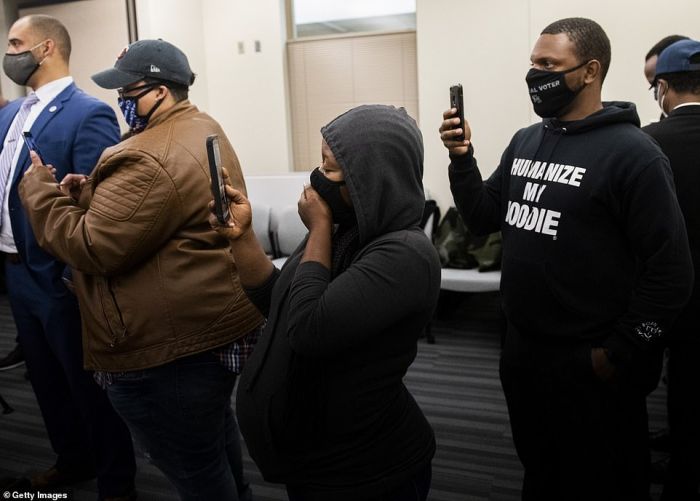 'My position is that we cannot afford to make mistakes that lead to the loss of life of other people in our profession,' Elliott said, adding he fully supported relieving the officer of her duties.

'I want to say that our hearts are aching right now,' Elliott said. 'We are in pain right now. And we recognize that this couldn't have happened at a worse time.' 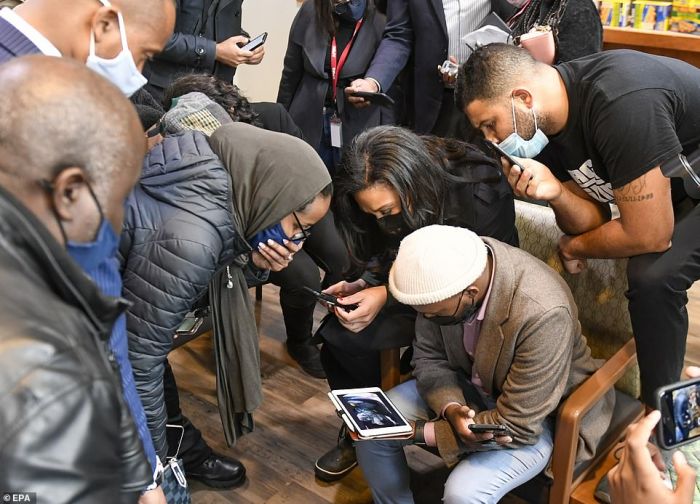 The press conference, which was accompanied by journalists and community leaders, became tense at times, with some accusing officials of working hard to protect a "killer cop" rather than a victim of police murder.

'Daunte Wright is yet another young Black man killed at the hands of those who have sworn to protect and serve all of us - not just the whitest among us,' Crump said in a statement. 'As Minneapolis and the rest of the country continue to deal with the tragic killing of George Floyd, now we must also mourn the loss of this young man and father.' 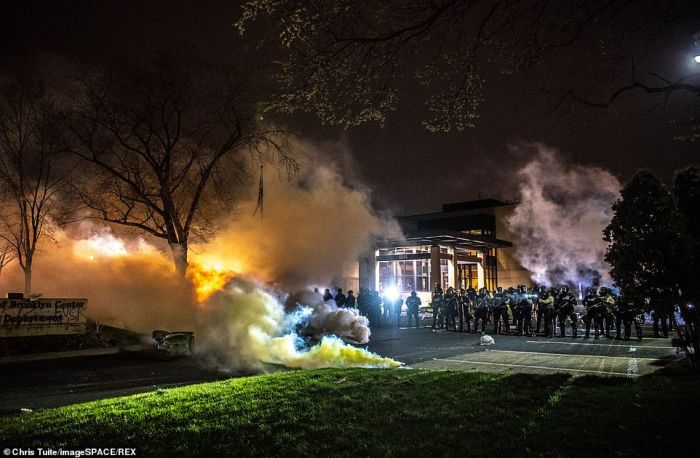 Officers attempted to apprehend Wright and his girlfriend for a traffic violation around 2 p.m. on Sunday before learning he had an outstanding warrant.

The vehicle was pulled over for having an expired registration, and authorities attempted to arrest him after discovering he had an outstanding warrant, according to authorities. 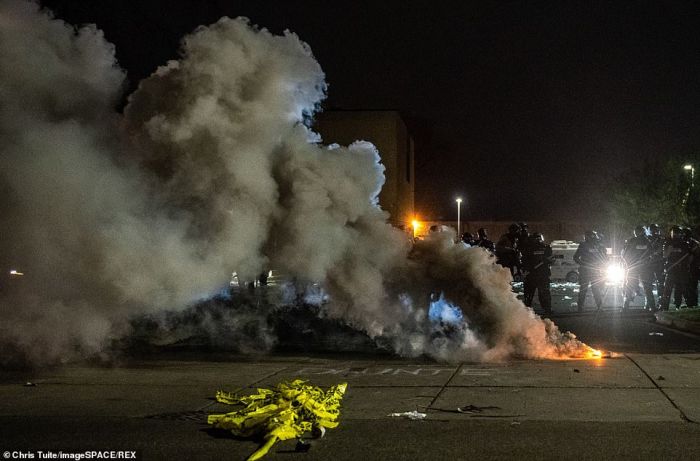 According to court records, Wright was wanted for failing to appear in court on charges of fleeing officers and possessing a gun without a permit after a June encounter with Minneapolis police.

In that case, police received a call about a man waving a gun, which was later identified as Wright, according to a statement of probable cause. 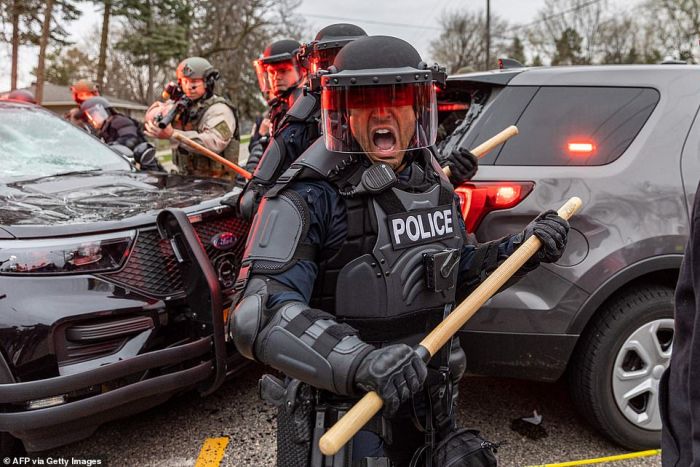 Describing the call, Wright's mother said: 'I said when the police officer comes back to the window, put him on the phone and I will give him the insurance information.' 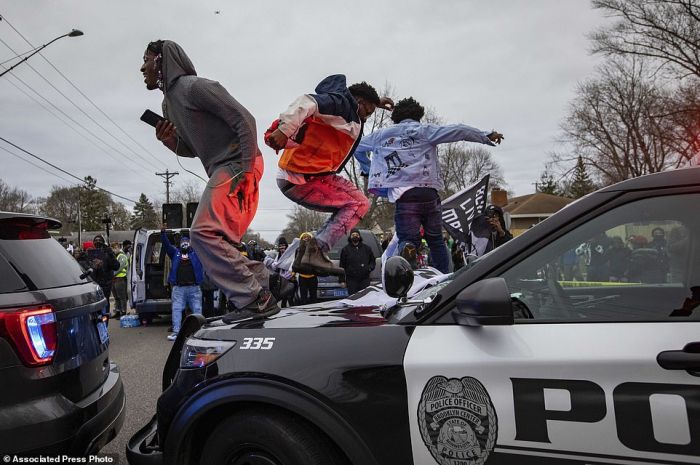 'A minute later, I called and his girlfriend answered, who was the passenger in the car, and said that he'd been shot and she put it on the driver's side, and he was laying there lifeless,' Katie told gathered media on Sunday afternoon.

I heard scuffling and police officers saying, 'Daunte, don't run," she said, her eyes weeping. She redialed his number after the call ended. He was dead in the driver's seat, according to his girlfriend, who answered the phone.

Wright's mother urged protesters to remain calm and focused on her son's death until the violence erupted. 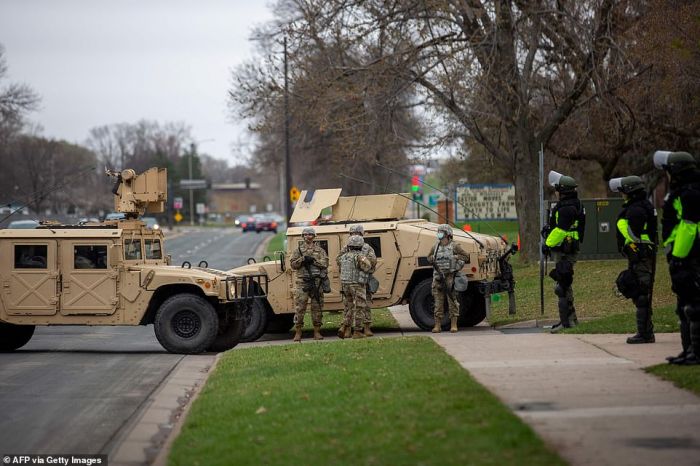 President Joe Biden was briefed on the shooting, and the White House has been in contact with the governor, mayor, and law enforcement officials in the region.

'We should pay attention to Dante's mother's appeals for peace and calm,' he said.

After that, Biden said that there is "absolutely no justification for violence" in any form of protest.