Posted by Sama in Feel Good On 15th October 2020
ADVERTISEMENT

When there is all sort of sad news surrounding us, we get to meet some good people too. This is the story of an elderly veteran who collapsed under the sun while mowing his yard. The first responders were called immediately to provide first aid to the old man. However, the first responders went the extra mile and after giving the old man his treatment they decided to complete the rest of the lawn work for him and even checked up on him and his wife several hours later. 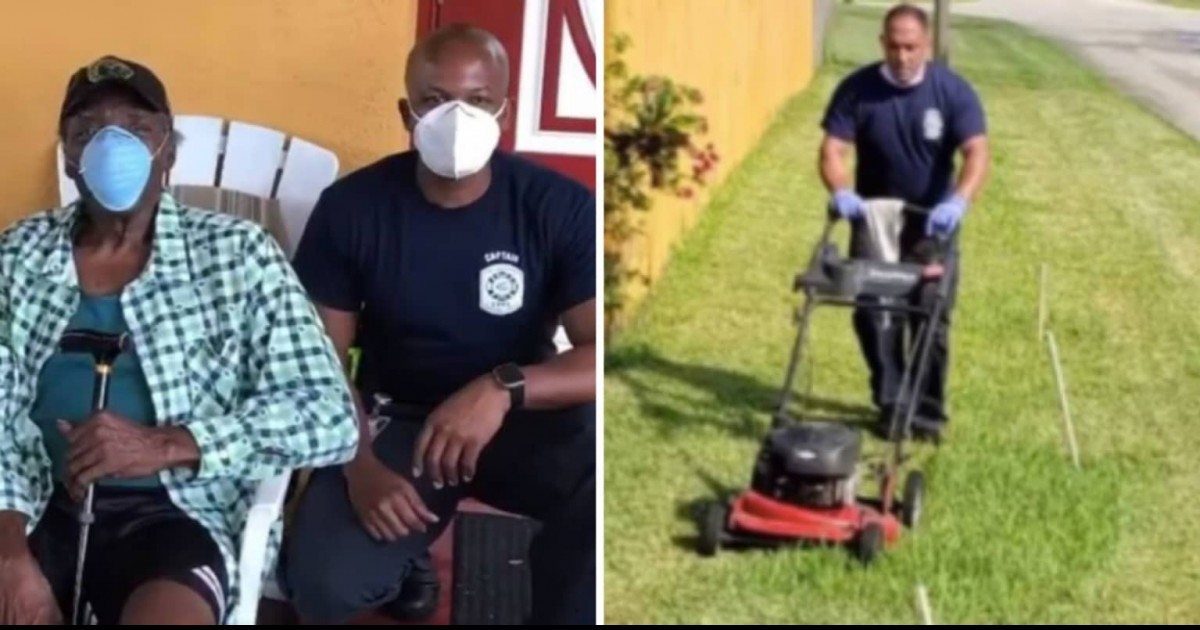 A group of first responders performed an inspiring act of kindness of completing the chores of an elderly veteran after they administered first aid to him when he suffered from symptoms of heat exhaustion.

As reported by WSVN-TV, the emergency services of the Fort Lauderdale Fire Rescue rescued 83-year-old former missile technician Prince Pinkney, on the afternoon of Monday, October 12. 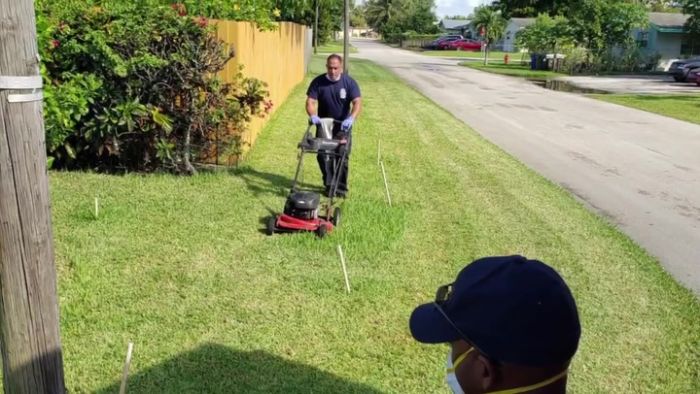 According to WSVN-TV, Pinkey collapsed from heat exhaustion while he was cleaning up his yard as his leg gave out under the sun. The man needed urgent medical attention.

A man passing by saw Pinkey struggling on the floor and immediately contacted the emergency services. It took only a few minutes for a team from Fort Lauderdale Fire Rescue Station 47 to show up at Pinkey's property on Southwest Third Court. 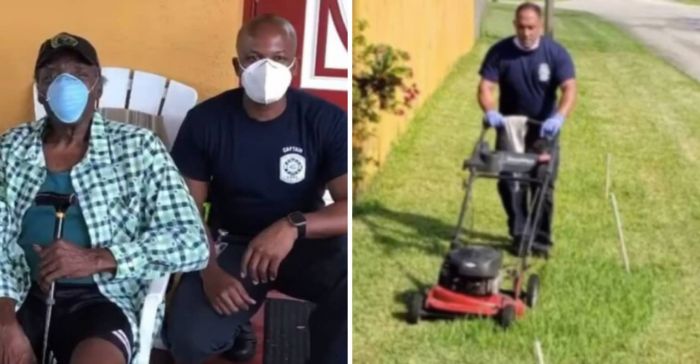 The first responders however after giving treatment to Pinkey and helping him stand back on his leg, went the extra mile to lend a helping hand to the old man. He mowed the rest of the senior citizen's lawn for him, as well as performing other yard work on his behalf.

A video of the kind deed was recorded by one of the paramedics at the scene and was later shared on the official Fort Lauderdale Fire Rescue Facebook page.

"Monday morning Fort Lauderdale Fire Rescue Station 47 was dispatched to a pass out. Upon arrival they found an 80 year old Army veteran suffering from heat exhaustion while working in his yard."

"They immediately treated the man and cooled him off. Once his medical emergency was over the crew stepped in and finish cutting his grass! This is truly what it is all about. [sic]"

Talking about the incident in an interview with WSVN-TV, FLFR spokesperson Captain Terry Maylor stated:

"Their story is amazing in itself. Their age, what they’ve gone through, his history as a veteran serving this country. If that doesn’t move you to go ahead and do what you’re capable of, then nothing will.”

According to WSVN-TV, the kind first responders showed up again at Pinkey's property several hours later to check up on him and his wife Rebecca.