Posted by Zainab Pervez in Parenting On 18th February 2021
advertisement

Ian, Alan and Jeremy became the first polyamorous family in California who used donated embryos and surrogates to welcome their two children, daughter Piper and son Parker, into the world when a judge agreed they could all be named as the legal dads of their kids. 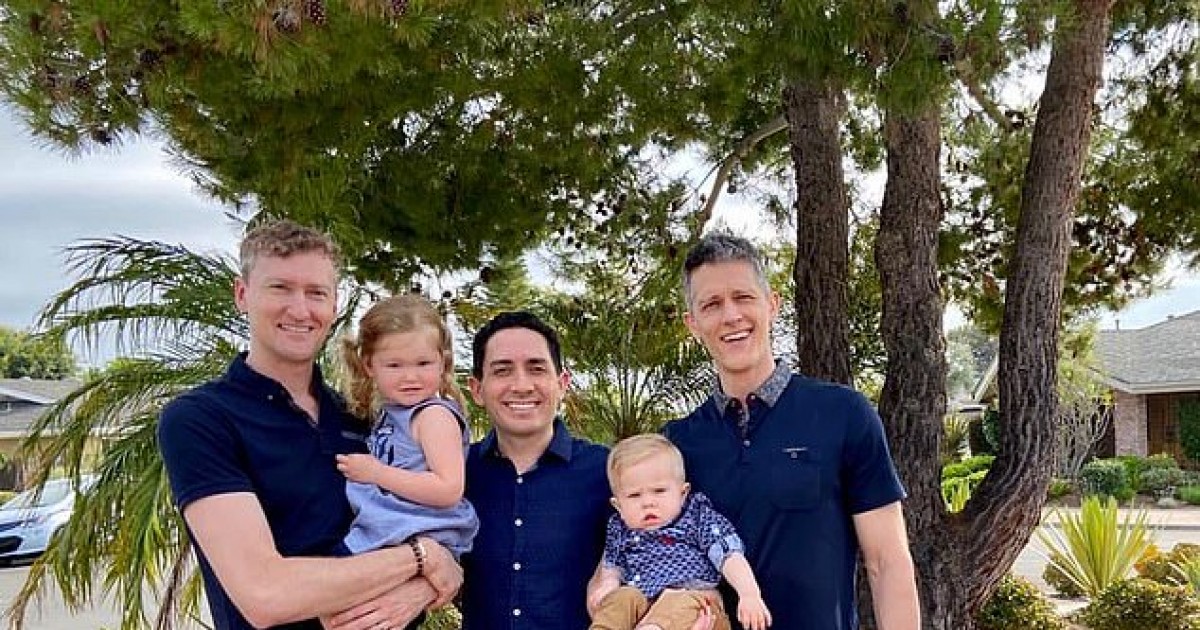 The first polyamorous family in California to put all three dads on the same birth certificate has opened up about life as a parenting 'throuple'.

Doctor Ian Jenkins, 45, and his partners Alan Mayfield and Jeremy Allen Hodges, from San Diego, made legal history in 2017 when a judge agreed to put them all on the birth certificate of daughter Piper, now 3.

They now also have a 14-month-old son, Parker.  The children are half-siblings born using an egg donor and a surrogate. 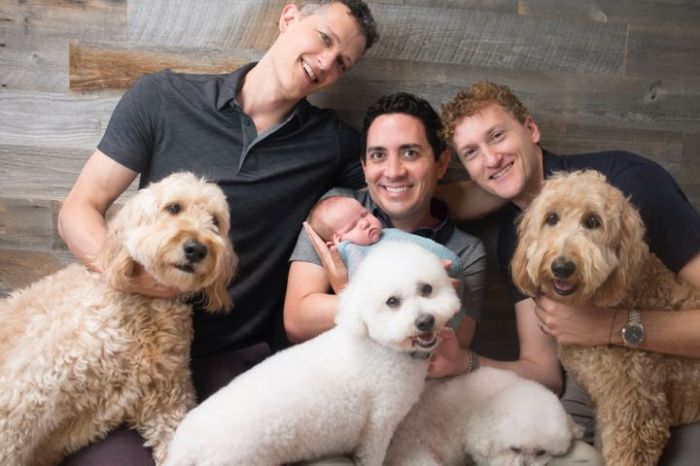 Decision to become a family

Ian and Alan have been together for seventeen years. And they've been with their partner, Jeremy, for eight.

Jeremy is known to the children as 'daddy', while Alan is 'dada' and Ian is 'papa'.

With the decision to attempt to construct a family made and accomplished, there were a lot of different things for the three men to consider ― from their nurturing style to strategies for bringing up emotionally strong children ― much the same as some other fathers. Regardless, unlike other families, the fact that there were three dads inferred they may have some extraordinary worries to address. 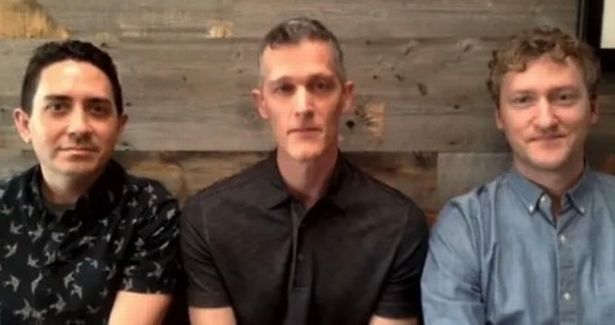 Jeremy convinced them to become parents

Ian Jenkins wasn’t totally convinced he wanted to be a parent. As a teaching doctor, he was more interested in molding the minds of, other physicians.

Then, Jeremy, a caretaker in both personality and profession, entered Jenkins’ life.

“Jeremy is a zookeeper ― he raises these extremely fragile bird species that are the weight of like, an M&M,” Jenkins said. “Having him around put [Alan and I] more in the mindset of being parents.” 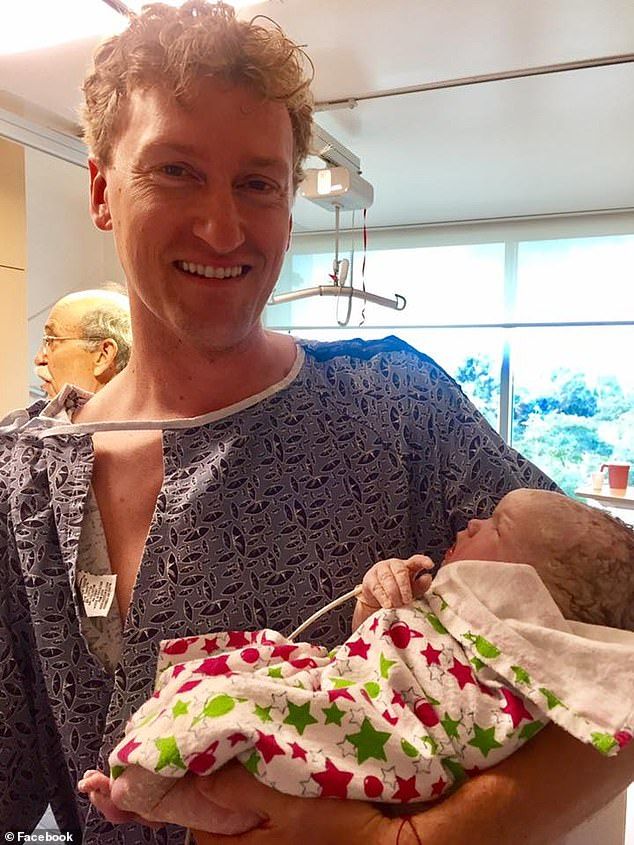 Surrogates for the embryos

“One of his friends offered us the embryos they had left from making their family through IVF but couldn’t use,” he said. “We had the option to adopt the embryos and make the decision to raise a unique family.”

“Our oldest now is in preschool, and the other parents and kids are like, ‘Cool! Tell us that story.”

“We’ve had zero pushback from anyone in our professional and personal lives,” Jenkins said. ” 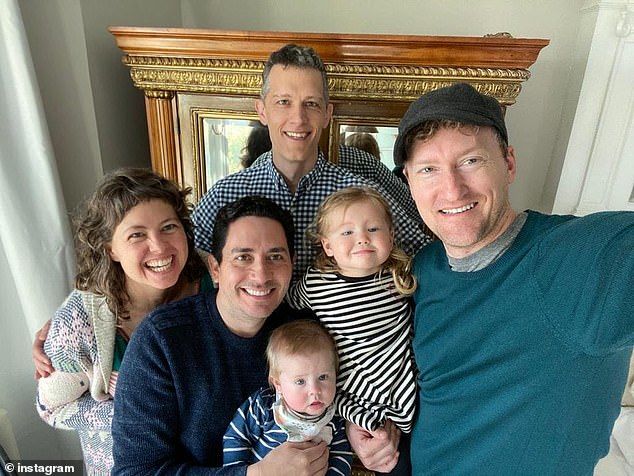 The biggest challenge came when they learnt about many restrictive laws that prevent many people, not just gay couples or even throuples, from building a family through surrogacy.

"So with surrogacy you have to have a parentage order from the court, declaring who will be the legal parents.”

Since Jenkins and his partners wanted three names on their child’s birth certificate — which had never been done before in the state — the judge said she was unable to set precedent.

“She said you’re going to have to have a law passed or appeal,” he recalled. “I was like, ‘I just want a kid ― I don’t want a legal battle.’ It was like ice water being thrown on us.” 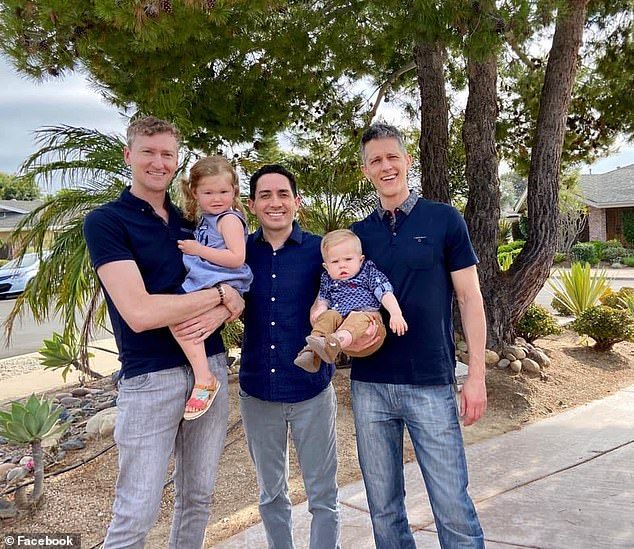 There have been instances of adding a third parent’s name to a birth certificate after the child is born, and Jenkins was beginning to think that’s what he and his partners would be forced to do when, as he put it, Alan went “full mama bear.”

“He basically interrupted the proceedings and told them to swear us all in,” Jenkins said. “We all gave very tearful testimonies about why we needed to become parents. You could see the emotion on the judge’s face. She looked at all the options in front of her and found a way to use existing laws to give us the first birth certificate of its kind anywhere.”

It was an emotional moment for everyone ― including their families, who had been at the hearing as well. “If you’ve ever seen a courtroom drama where the innocent person gets off at the end ― it was like that.” 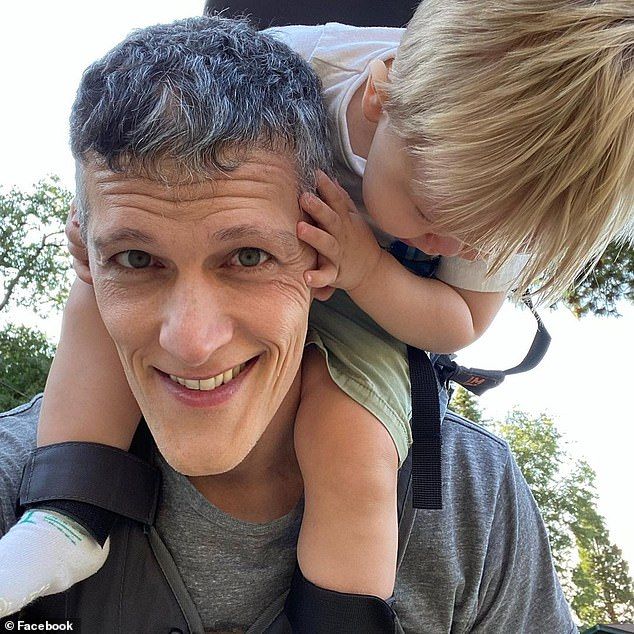 Released a book on parenting

Now, they have released a book, written by Ian, called Three Dads and a Baby, the title of which is a play on that of the smash-hit 1987 comedy film, Three Men and a Baby, starring Tom Selleck, Ted Danson and Steve Guttenberg.

It gives advice on what to do when your child prefers daddy over dada or papa, as well as the positive sides like three incomes and three people doing night feeds.

Jenkins acknowledges the privilege his family has of having the money, resources and community they do. In sharing their story, his hope is that someone who lives in a less accepting situation will feel seen and heard, and find the validation that they too are entitled to have a family just like anyone else.

“I really worry about someone who lives somewhere that’s not as accepting as California and wants to live this kind of life and can’t move,” he said. “I’m hoping this starts the wheels turning that families come in lots of different arrangements.” 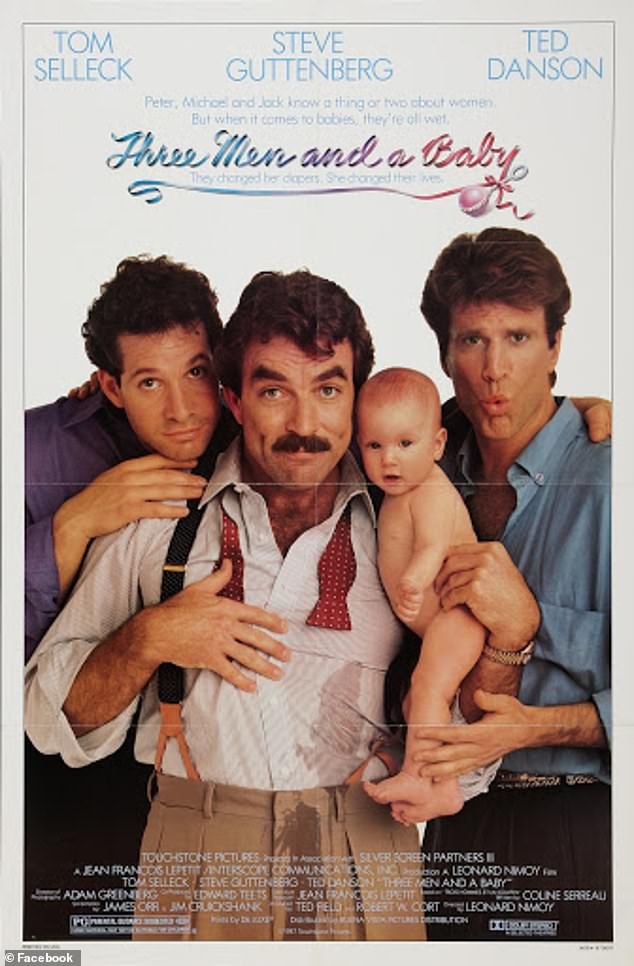