Posted by Sughra Hafeez in Amazing On 19th January 2018
ADVERTISEMENT

A video shows the terrifying moment a fisherman and his passengers were forced to dive into a river in order to avoid a collision with a huge speedboat that they spotted hurtling towards them. 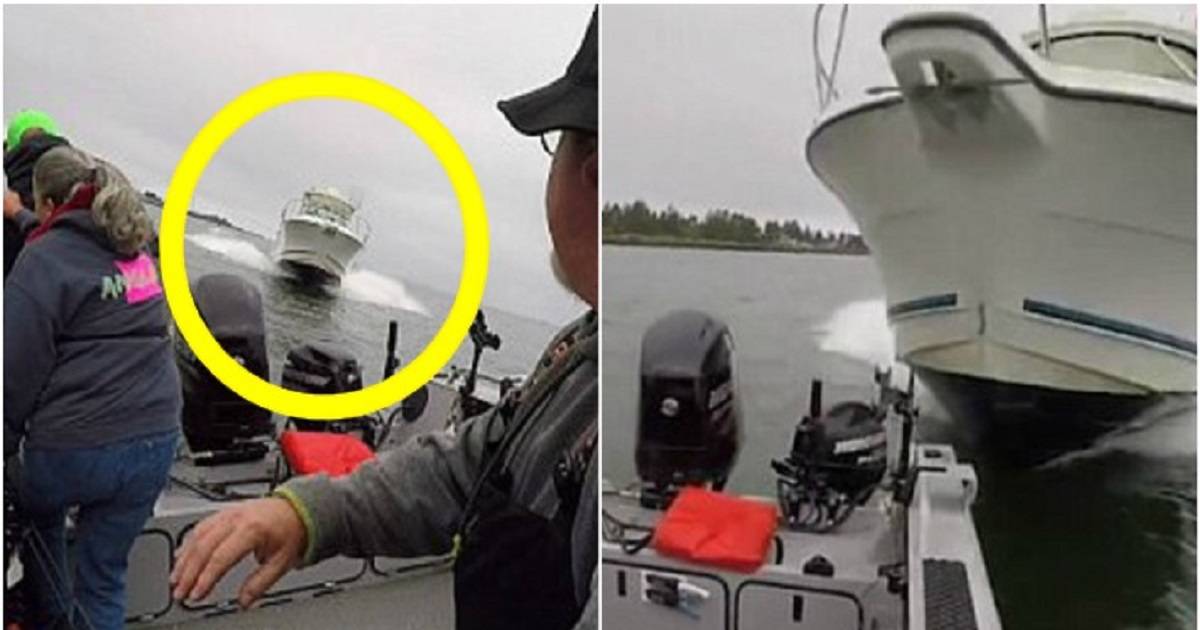 Marlin Lee Larsen's 31-foot motorboat plowed into Bryan Maess' 20-foot fishing boat near the mouth of the Columbia River, Oregon, and the Pacific Ocean on August 12. 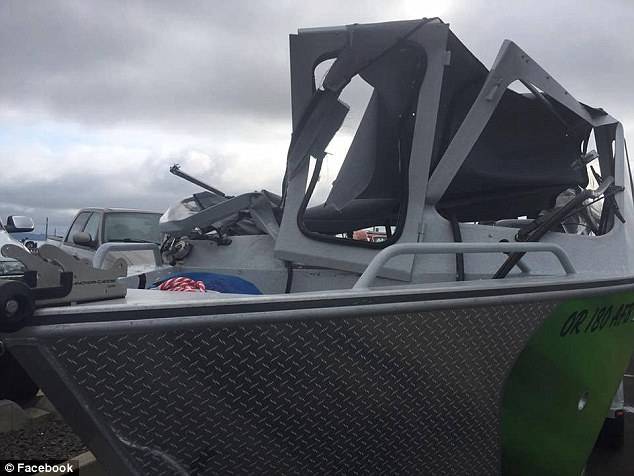 A passenger on Maess' boat frantically waves his arms and repeatedly screams "Hey!" in a desperate attempt to get the driver’s attention.

The sheer size of the vessel combined with the speed it was traveling meant the passengers would have been seriously injured or even killed. 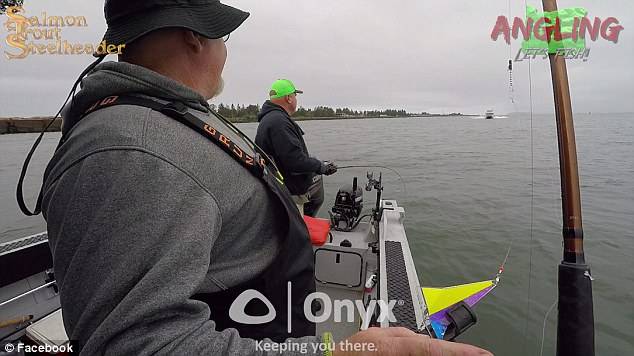 All three jumped into the icy river with seconds to spare.

The next moment, Larsen's boat crashed into the fishing vessel, causing serious damage. 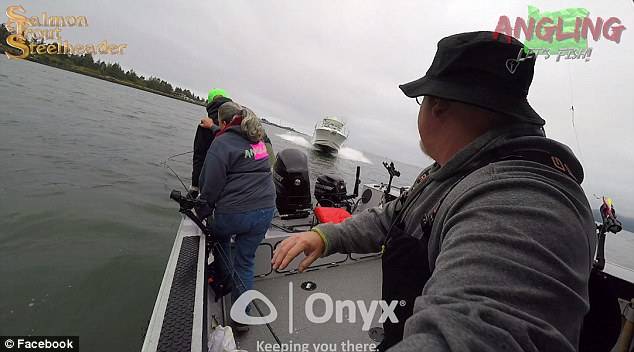 The fisherman suffered injuries to his ankle, leg and arms in the incident and has had vision problems and headaches since. 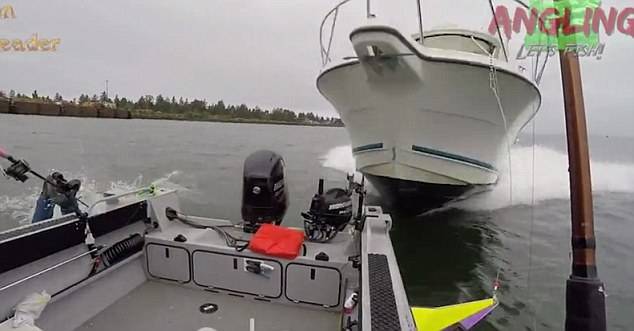 Larsen, who uses a motorized scooter on land told investigators he only crashed because he was unable to see the other boat from his sitting position.

Something tells me this guy shouldn’t have been driving a 31-foot speedboat. 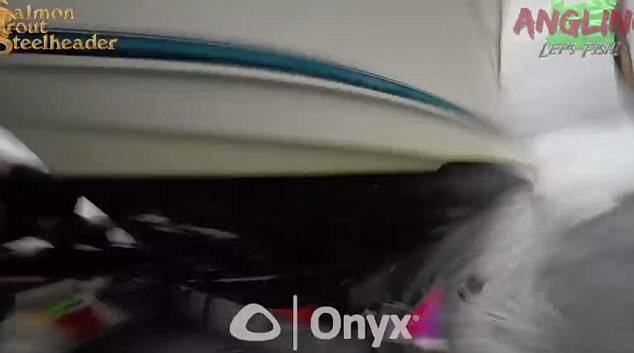 But one of Maess' passengers claims he saw Larsen using his cell phone while driving the boat.

Mr. Maess claims in the suit that the boat driver, Marlin Lee Larsen, was distracted while using his mobile phone when the incident occurred. However, Mr. Larsen told local media the allegations were “fake news”. 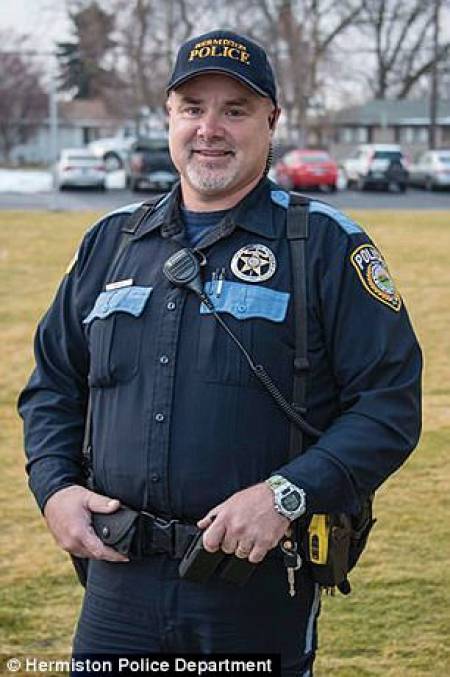 There are no laws prohibiting the use of a mobile phone when driving a boat in Oregon.

However, there are laws against operating a boat without due care. 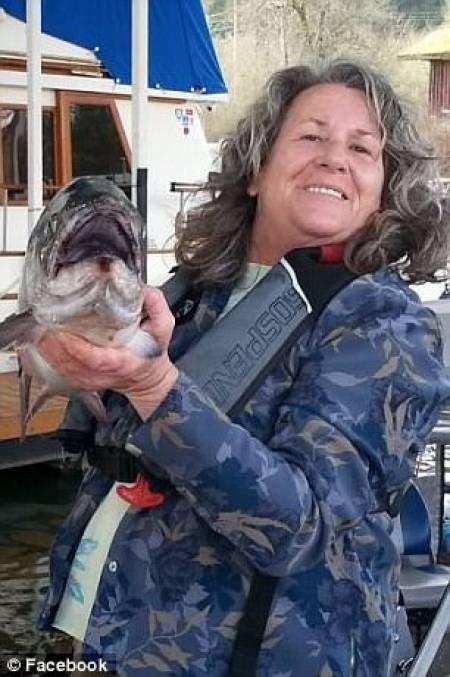 Larsen has pleaded not guilty to all charges. 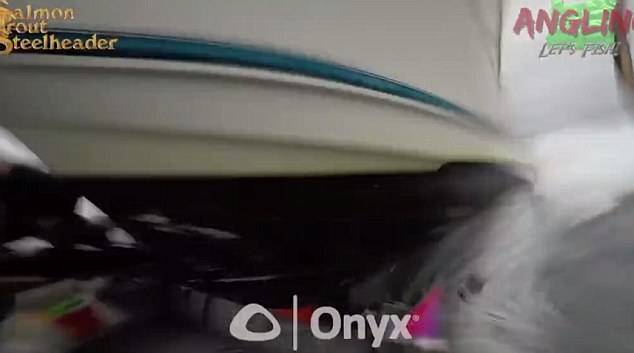 Maess has filed a $372,500 lawsuit against Larsen, which when you look at his beloved boat now, you can see why: 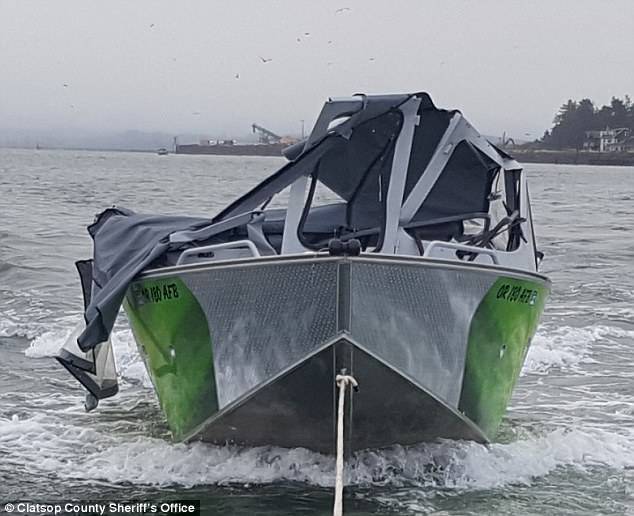 Investigators said Maess and his passengers likely dodged serious injury or death by leaping into the water. 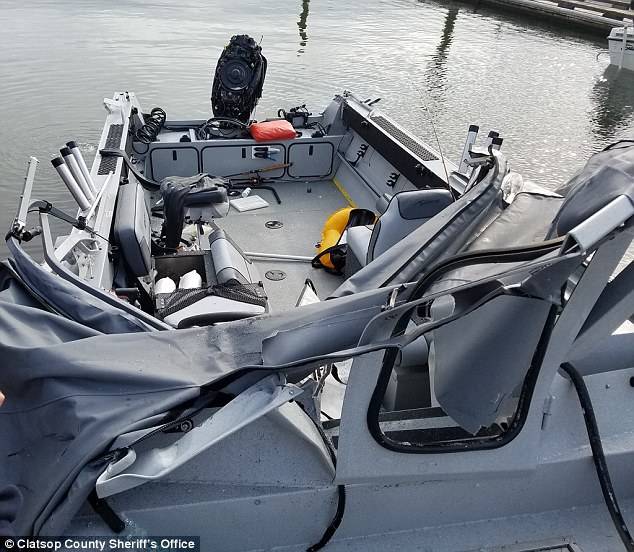 McMahon and Durham have yet to file lawsuits against Larsen, although they’ve hired attorneys to do so.

Attorney Josh Lamborn said Durham suffered psychological trauma during the crash and hasn’t been able to return to the water since August. 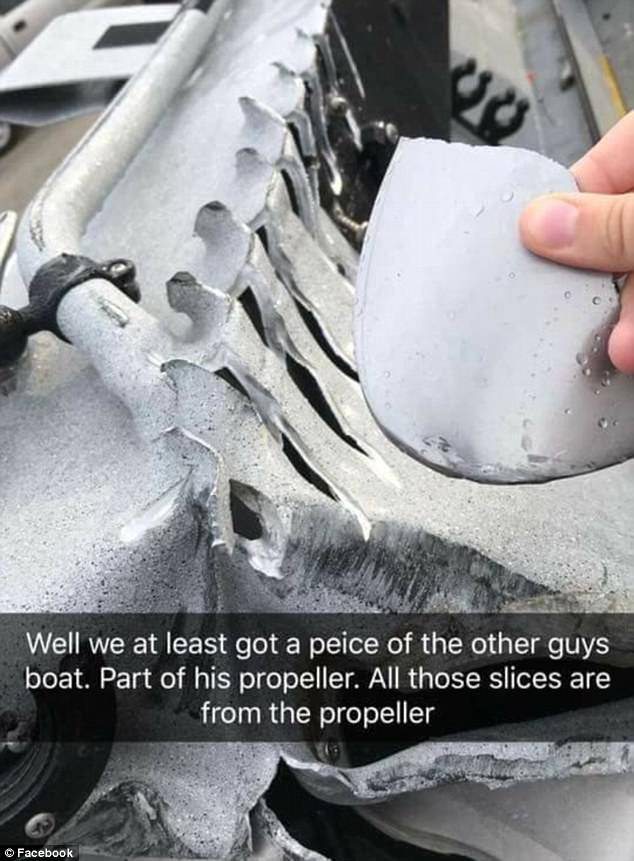