Fitness Freak Blogger Mum Drinks Sperm Smoothies, Swears It Is A Secret To Not Catching The Flu

Posted by Sama in Bizarre On 7th May 2020
ADVERTISEMENT

29-year old Tracy Kiss, from Buckinghamshire, suggests in her blogging video that she has discovered a secret to avoid the winter flu. As crazy as it sounds, the lady advises her viewers to start drinking semen smoothie if they do not want to catch the flu. 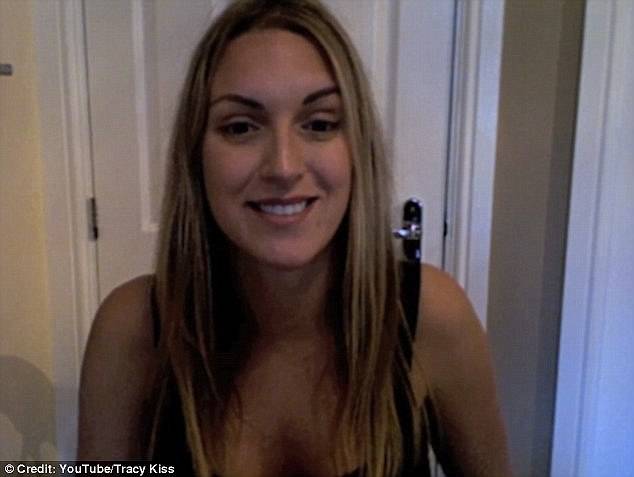 Tracy says she has taken help from her friend to supply her with his sperm to help her boost her immunity. Even though Tracy is a vegan she says is prepared to use the byproduct in the pursuit of better health.

The fitness conscious mum adds the ingredient every day in her morning smoothie and believes that it has various health benefits. The mother-of-two said that when she first approached her friend he was concerned that she would use his fluids to impregnate herself but soon came round to the idea. 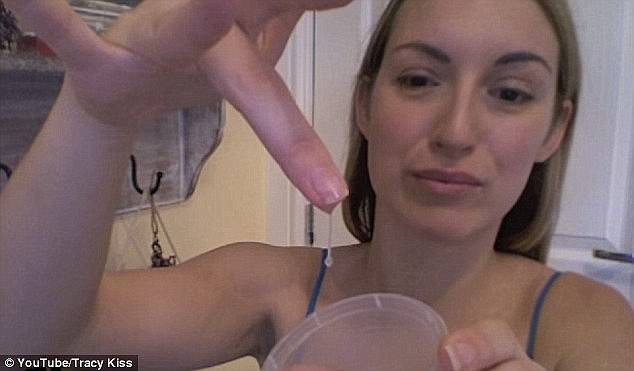 According to The Sun, Tracy says that she is finally reaping benefits of her healthy drink saying that she is 'full of beans'.

She said, 'I'd been feeling run down and had no energy, but now I'm full of beans and my mood has improved.' 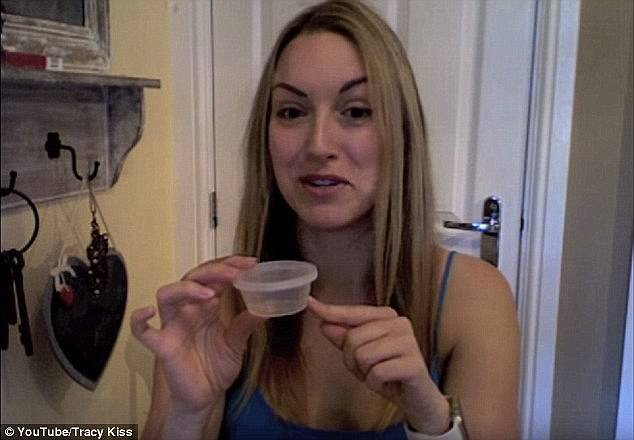 She adds: 'It can taste really good – depending on what my friend has been eating. My other mates think I'm strange, but I don't give a toss.'

Tracy also told her followers that her friend is a non-smoker and he cleared STI test too.

The personal trainer says that she is quite prepared to drink the semen neat but adds extra ingredients if her mate has enjoyed a couple of pints.

She added, 'If he's been drinking alcohol or eaten something particularly pungent like asparagus, I ask him to give me a heads up so I know not to drink it neat.' 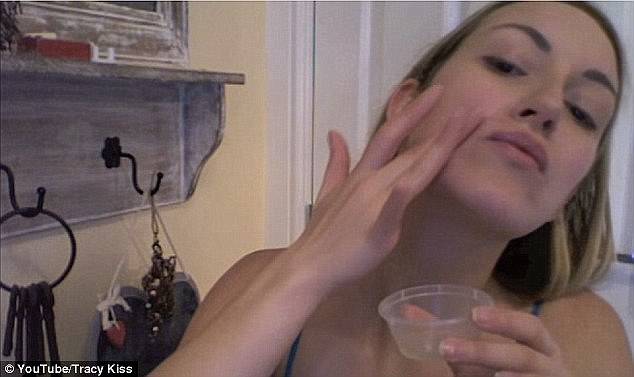 This is actually not the first time, Tracy promotes the use of semen on her Youtube channel. Last year, the blogger admitted that she adds semen when she goes for an extreme facial regime. The mother described how her friend delivers his semen to her in plastic pots from the Chinese takeaway, which she then rubs into her skin and leaves to sink in for up to 20 minutes.

She said, 'I think people are concerned with the thought of putting semen on their face but actually it's a very natural and healthy thing to do.' 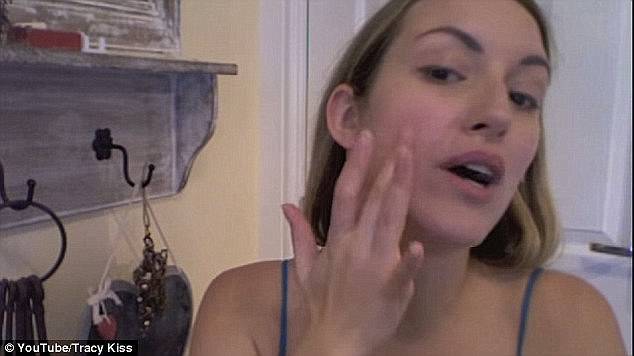 Tracy has been suffering from Rosacea which causes redness and flushing on her skin and claims her daily facial has done wonders for improving her complexion.

'I know there are no added chemicals. It's as natural and active and live as you could possibly get,' she explained. 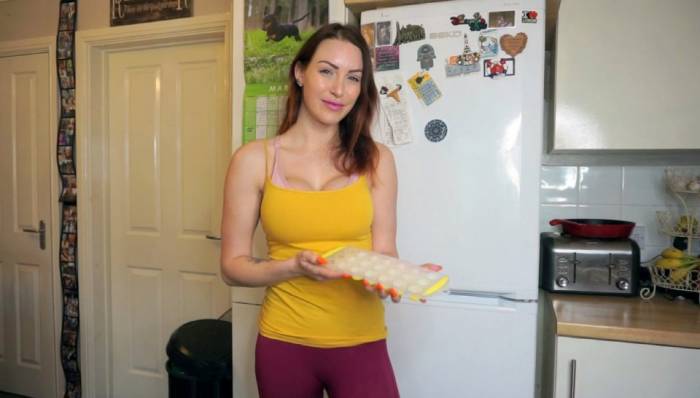 Tracy has made it very clear that she is not involved in any donations and this is something that her friend does something for her on a daily basis. But she reminds viewers who are in relationships that they can call on their partners for help. 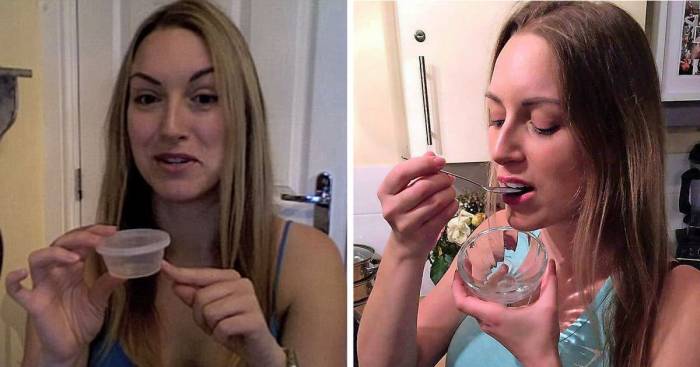 In her video, Tracy dips her fingers into the pot and wipes the substance onto her cheeks.

She describes the sensation it gives as 'cooling and soothing' and likens it to eating minty chewing gum.

'I would put it in comparison to when you have chewing gum in your mouth and you breathe in, it's a cold, cooling, refreshing feeling,' she said. 'It just sucks into the skin. It's absolutely beautiful.'

Tracy has gone as far as explaining that she does not mind the odor of the special ingredient and if her friend follows a healthy diet than the smell is usually fresh. But she advises anyone who wants to try it to burn some incense or keep a diffuser nearby if they are squeamish. 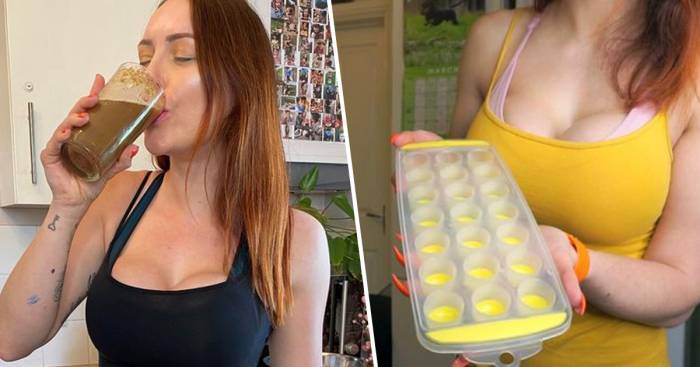 She usually leaves the semen on her skin for 20 minutes and then washes it off after 20 minutes.

'It feels so glossy to wipe it off. It feels like having a kind of oil on the face,' she explained. 'It just glides beautifully.

'The condition of the skin feels so much better already.'

The former glamour model's video has had several hundred views since being posted online, but Tracy has already written about the procedure on her website.

She said the idea came about during a conversation about natural remedies with her beauty therapist.

'The topic of semen facials came up,' she said. 'And I began researching the use of semen as a facial ingredient.

'I found that many experts had confirmed its benefits.

'Semen builds babies, they come out very soft and have beautiful skin, and it leaves my skin nice and soft so I'm very happy to use this as a facial.' 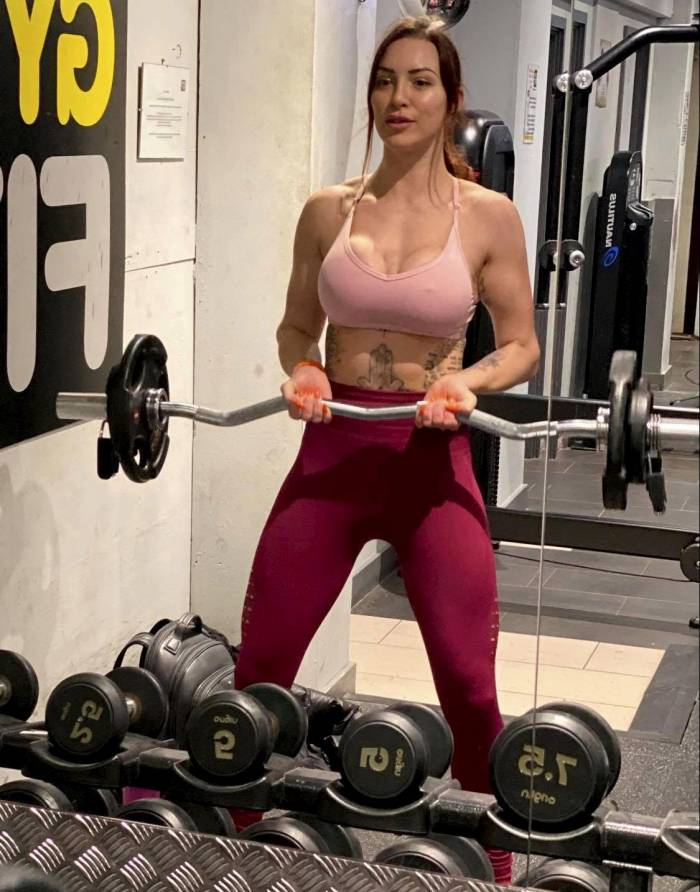 As bizarre and disgusting it sounds, but Tracy's claims in terms of incorporating semen in beauty routines might not be false.

Semen contains proteolytic enzymes, which are designed to dissolve proteins.

When applied to the skin on a regular basis, these enzymes may help to break down dead layers and leave the skin feeling smoother.

It also contains zinc, magnesium, calcium, potassium, and fructose, which could nourish the skin, although they are only present in very small amounts.