Posted by Abdul Rafay in News On 13th May 2021
ADVERTISEMENT

A Texas farmer discovered five young migrant girls on his ranch near the Rio Grande River as temperatures soared past 100 degrees. One of the girls was so young that she was crawling naked through the brush. The girls, all under the age of seven, were found starving and weeping on the farmer's land in Quemado. The youngest was too frail to walk. 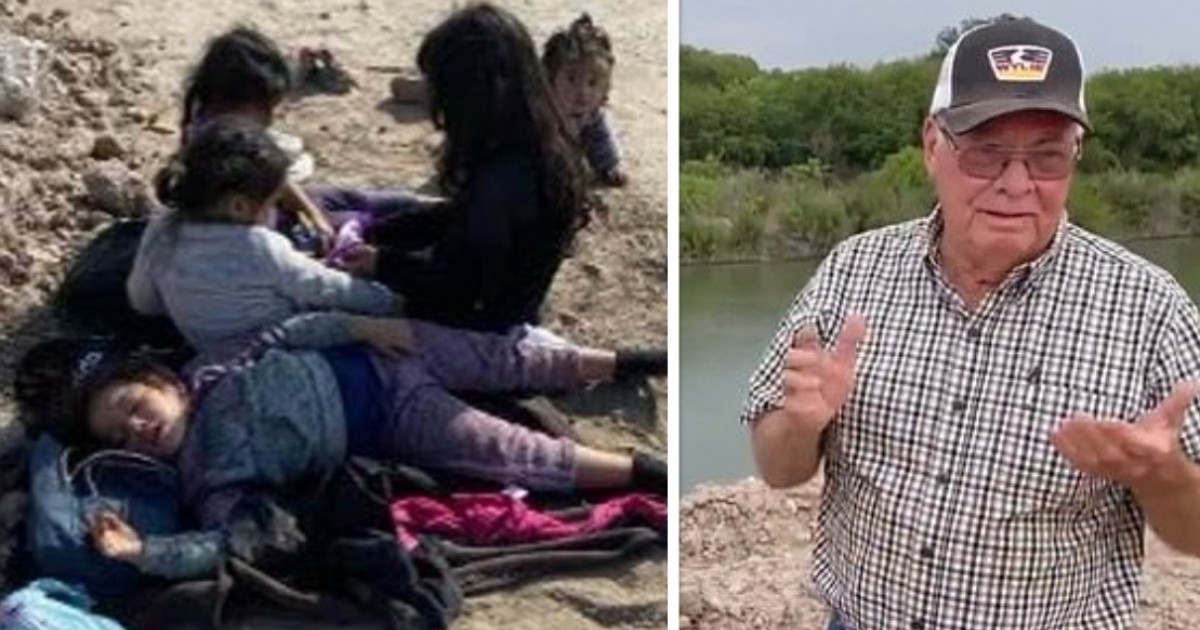 Five Honduran and Guatemalan girls were discovered starving and weeping on the land of a Texas farmer on Sunday, after being deserted by their families to try to enter the country alone, in yet another example of the worsening border crisis.

Honduran girls make up three of the group. They're seven, three, and two years old. The other two, who are five and eleven months old, are from Guatemala.

They are currently being processed at Uvalde Station before being handed over to Health and Human Services. 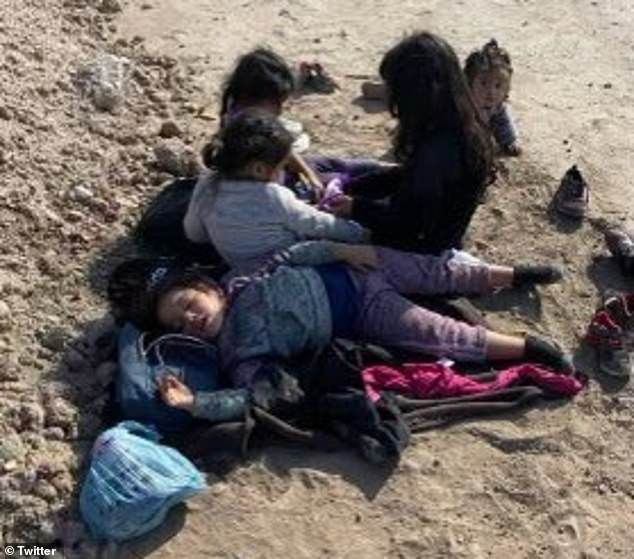 Gonzalez also posted a heartbreaking photograph of the girls lying in the mud. 'These children dumped out on the side of the river here on our farm,' Katie fumed in the background of one of the videos she posted.

'If this doesn't make you mad and make you want to take to the streets, I don't know what will. They have no mother, no father, no nothing. This is one of our workers' wives right here taking care of this tiny one. No one with these children.' 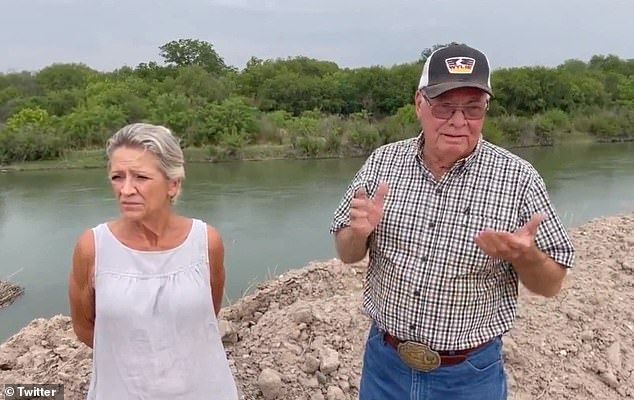 Hobbs is an onion and watermelon farmer who has spent his whole life on the property he owns. The farm is located in Quemado, Texas, which shares a border with Coahuila, Mexico.

He claims that if he hadn't found the children, they would have died and that the situation at the border is the worst it's ever been in the 75 years he's lived on the farm.

As temperatures increase and President Biden continues to brush off the crisis and leave it to Vice President Kamala Harris to address, he and his wife cautioned that thousands more will be placed in dangerous situations and die attempting to illegally cross the border this summer. 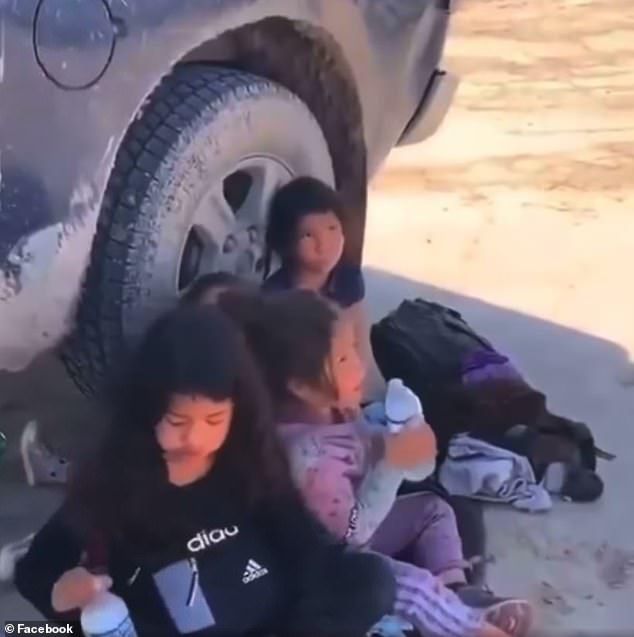 Since Biden took office, there has been a surge of people attempting to enter the country illegally, and the number of children detained in detention facilities has more than doubled in the last two months. There are currently 21,000 people in US custody. The President and Vice President have not visited the border.

The farmer and his wife discussed their findings with Republican Congressman Tony Gonzalez. Gonzalez recorded their exchanges and shared them on Twitter. 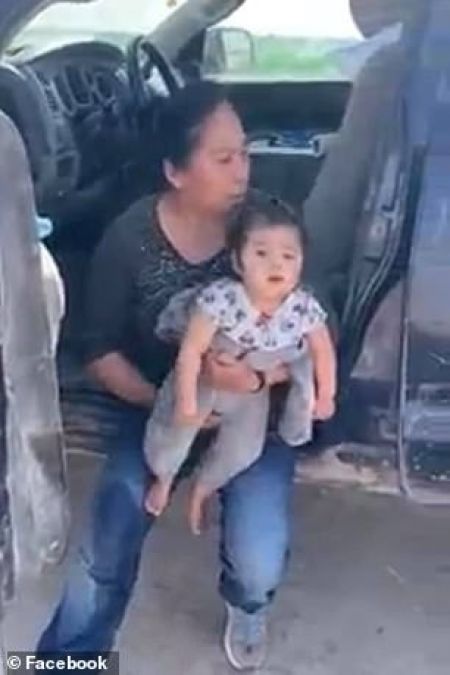 'I was making a round on the farm and about 8.30 in the morning, I was just driving along and all of a sudden I see them.’

'Five baby girls, all by themselves, hungry crying. One didn't have any clothes on.’

'Immediately, I called border patrol but they're snowed under, they don't have any help either.’ 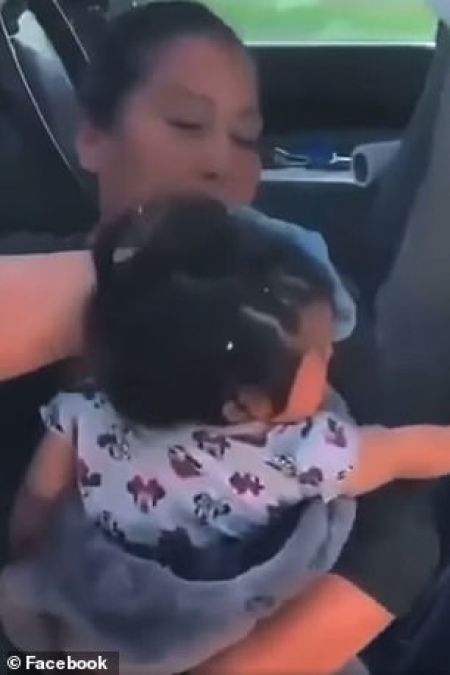 'I waited for a while then I called one of my workers and asked his wife to go up to the house and bring some food and water,' the farmer said.

'It was really hot. I don't think they would have made it if I hadn't found them,' he said.

The farmer's wife added: 'It needs to stop right now.’ 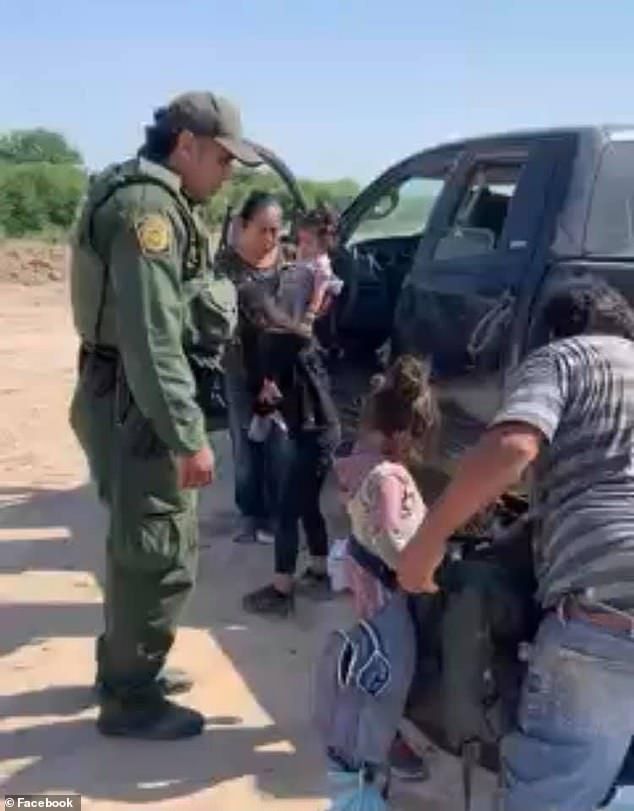 'There's going to be thousands. This is just five miles of the Rio Grande. That's a huge border, this is happening all up and down it.’

'It can't go on. It's going to be too hot. There are going to be a lot of deaths, a lot of suffering this summer.'

President Biden, the farmer said, should either tighten the rules to keep people from flooding the border or come see the crisis for yourself.