Posted by in News On 13th April 2021
ADVERTISEMENT

A viral video shows a woman arguing with an air marshal over her refusal to wear a mask as she is kicked off the plane. Passengers cheered as she walked off and a flight attendant danced to celebrate her exit. 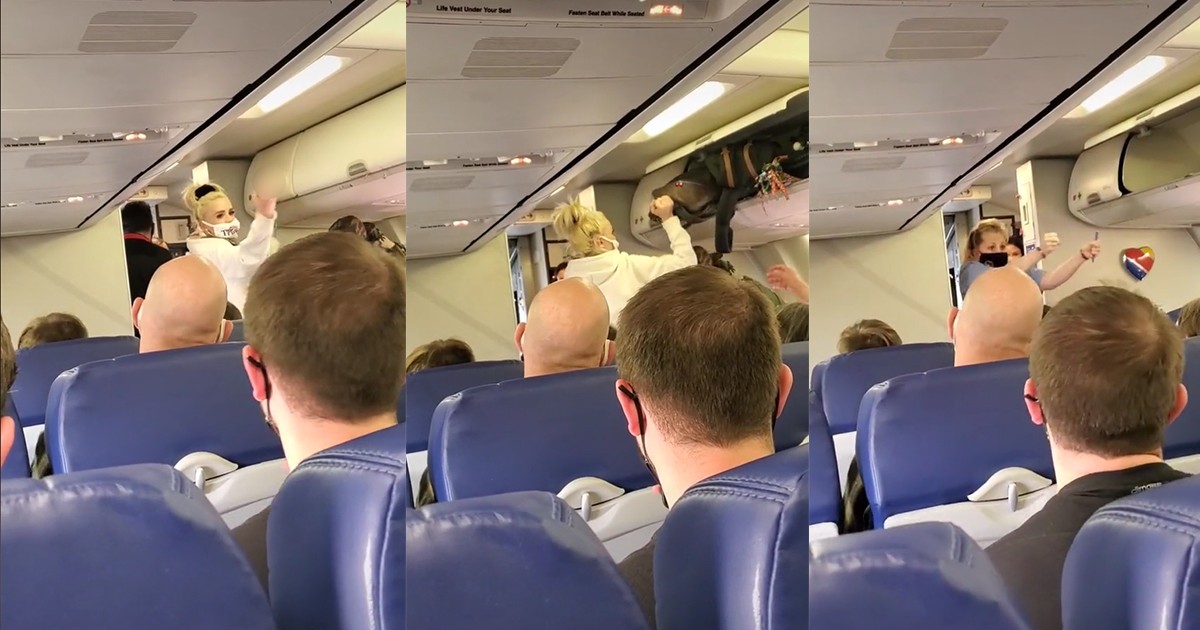 A TikTok video by a user Brendan Elder shows a woman on Southwest Airlines arguing with a flight attendant and marshal for not wearing a mask.

The woman had boarded the plane without a mask and had been told multiple times to put one on. By the time of the filming of the video, she had donned one but it was too late. 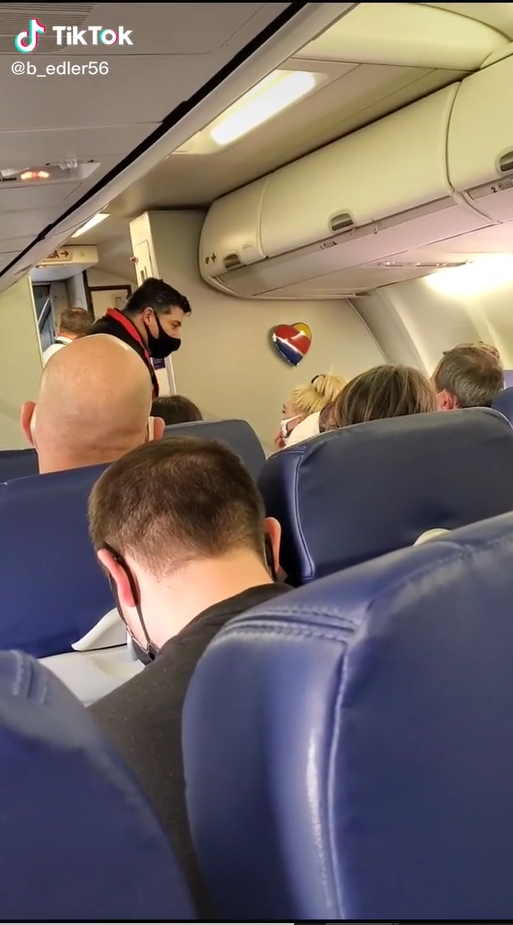 The woman then proceeds to be angry at being told to exit the plane saying, 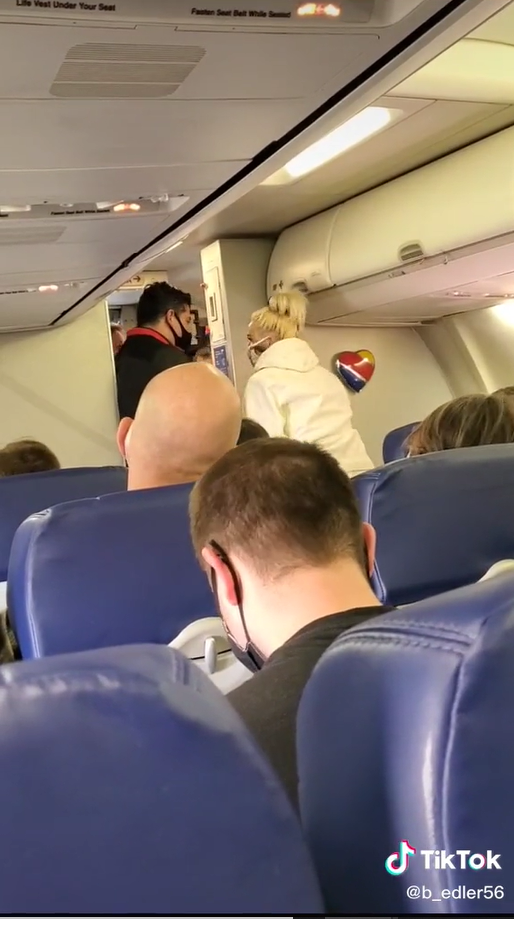 Her anger however falls on deaf ears as passengers call for her to leave. “Get off the plane!”

The woman then gets off her seat and proceeds to give the middle finger to passengers before exiting. 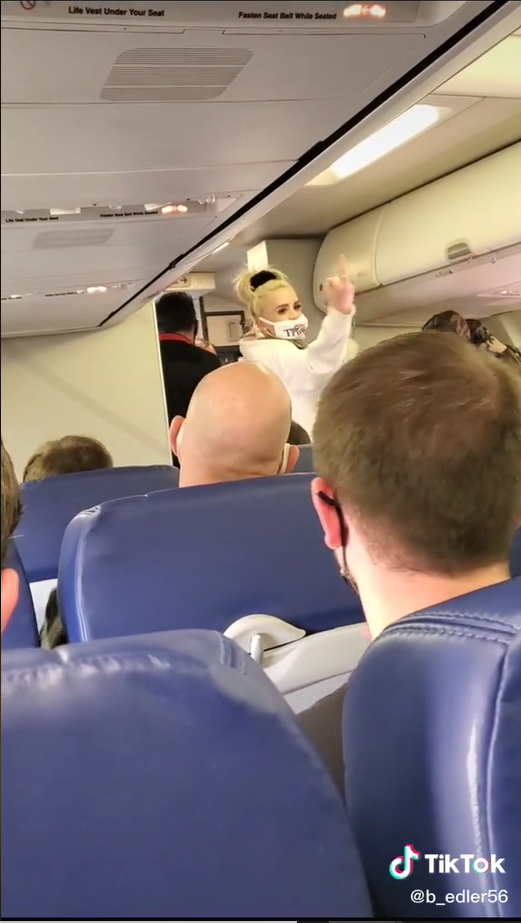 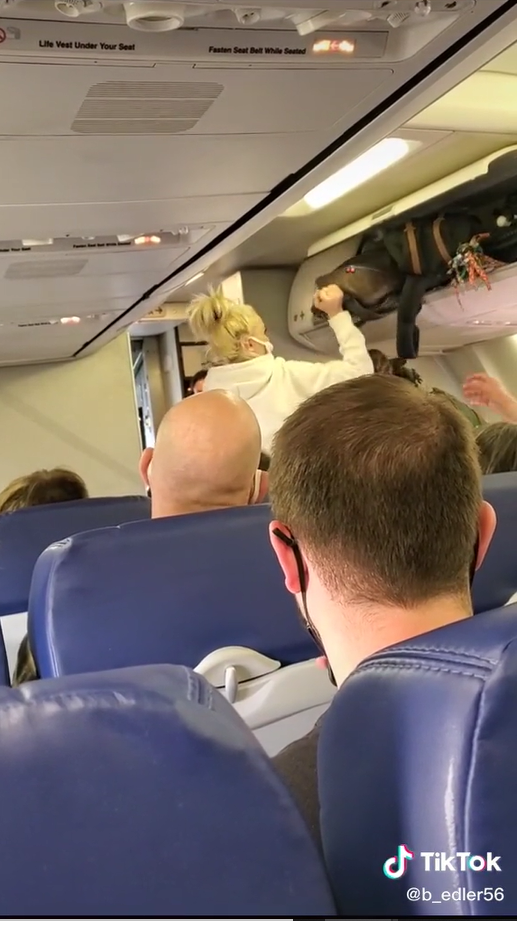 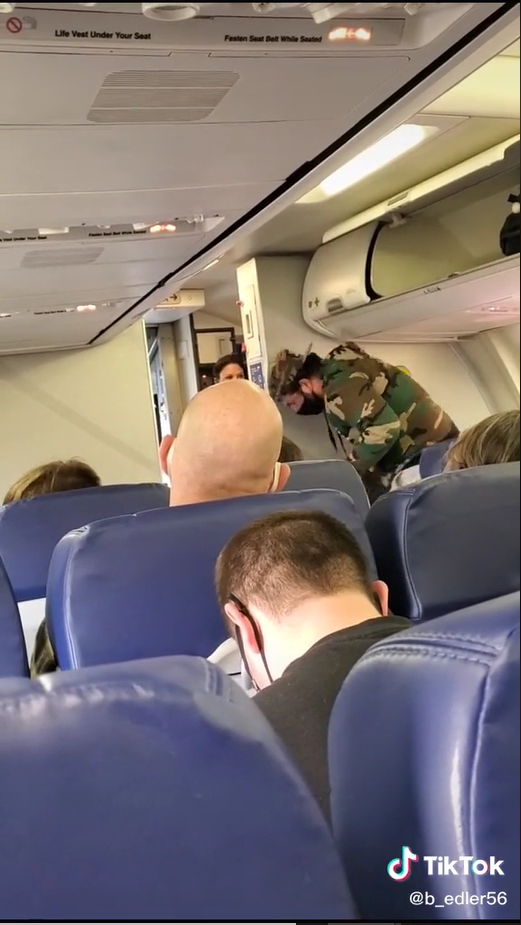 It was at this moment that an airline attendant did a little dance to join in on the celebration. 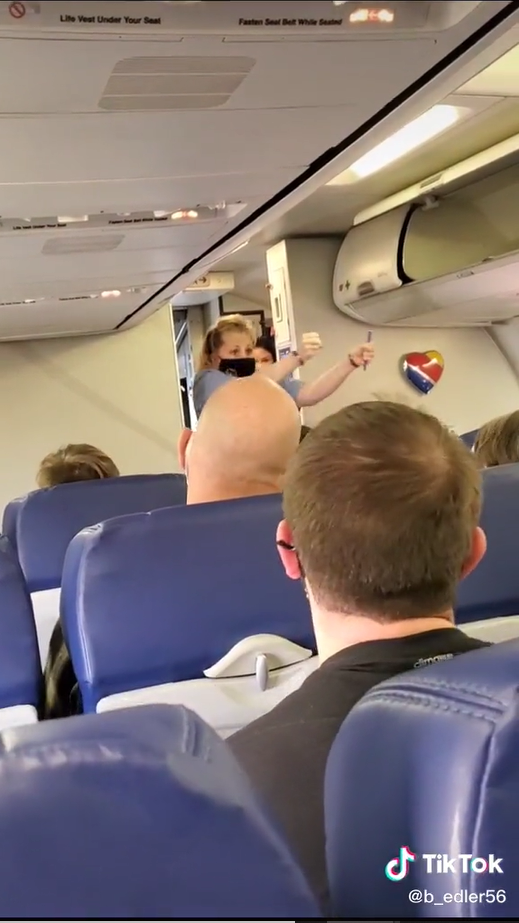 “federal law requires each person to wear a mask at all times in the airport and throughout the flight, including during boarding and deplaning…(non-compliance) may result in denial of boarding, removal from the aircraft, and/or penalties under federal law.”

A commenter pointed out that these rules are made incredibly clear when you're purchasing a ticket.

Another said that the fact that she's saying she complied later proves that she was breaking the rules just before the video was shot.

Another thought the flight attendant's reaction was funny.

Another on the other hand thought that the attendant could have enhanced in a more professional manner.

What are your thoughts on the matter?