Florida Man Gets Injured As He Confuses Alligator With A Dog

Posted by Sumaiya Ghani in Bizarre On 8th June 2022
advertisement

The 49-year-old man was walking around the Warm Mineral Springs Motel gardens just after midnight when he found something lurking in the bushes. The man thought it was a dog and so did not move out of the way. 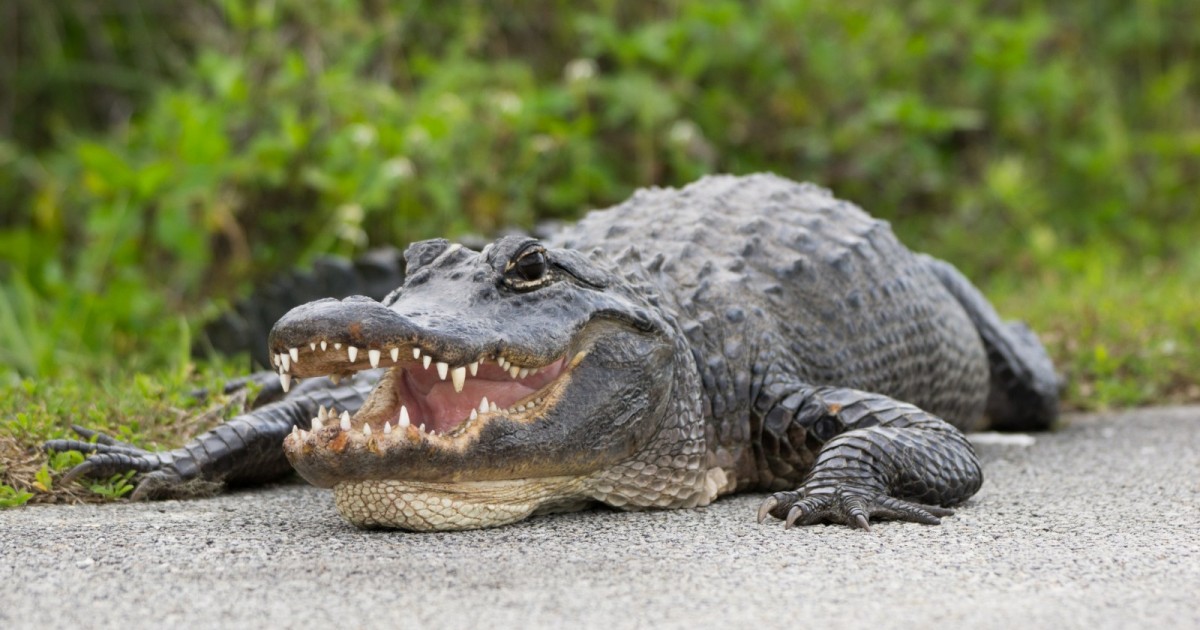 A huge alligator attacked a 49-year-old man on 7 June. Alligator is not a rare sight in a place like Florida where the scaled creatures can be easily spotted. This is why it is confusing for us to believe that somebody mistook the huge creature for a dog.

According to a report from the Sarasota County Sheriff's Office, it all happened because of the time of the day. 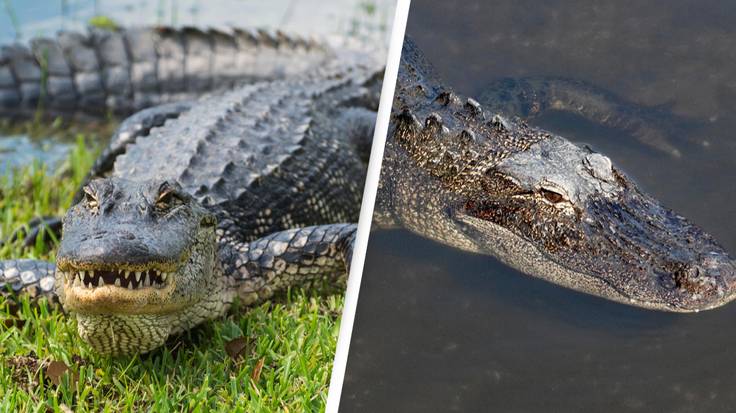 The man had been walking around the Warm Mineral Springs Motel gardens just after midnight when he noticed a dark figure moving among the bushes. He thought it was a dog on a leash and thus did not find it necessary to move out of the way. 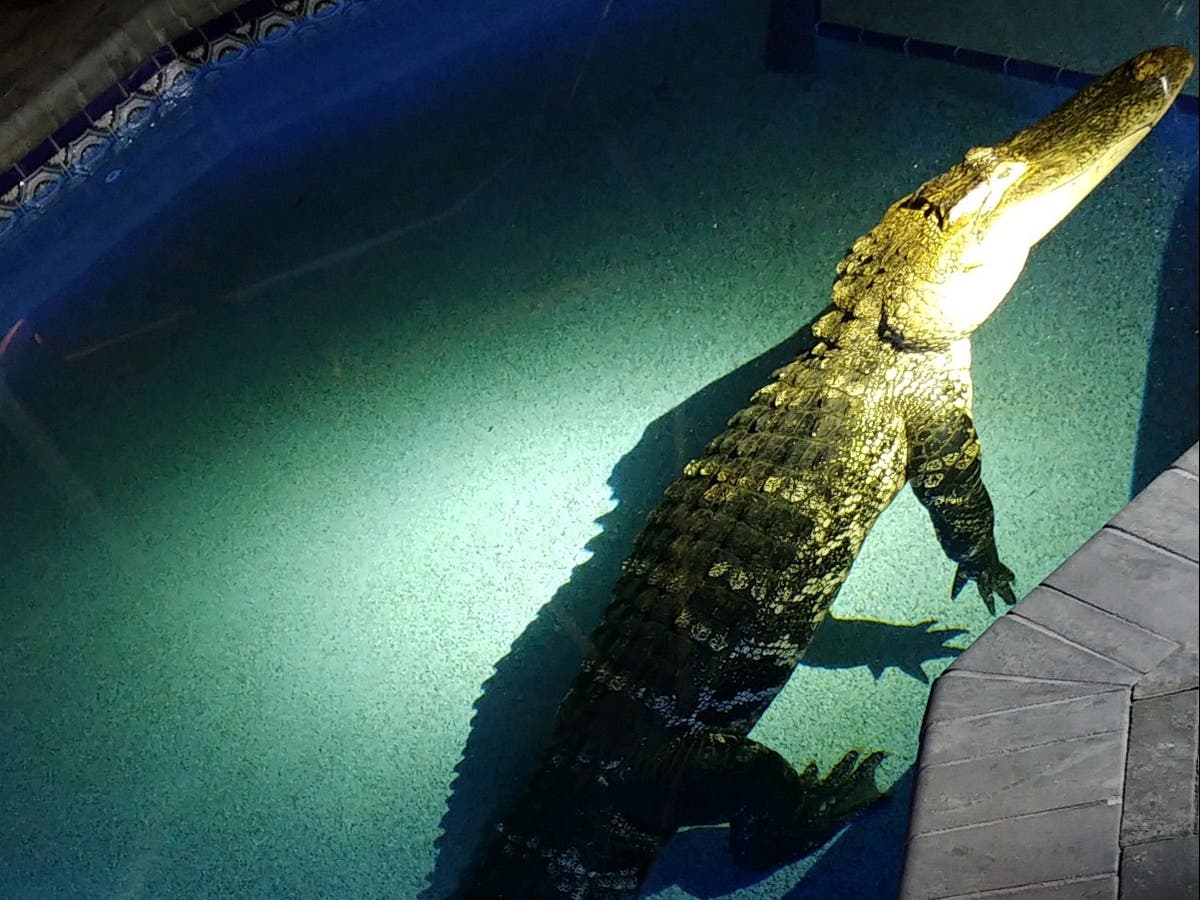 The 7’11’’ gator attacked the man and bit his right leg and held on while pulling on his muscle tissue. The man was able to escape, however as he broke free from the grips of its jaw, he shared that he felt it tearing a chunk out of his leg.

Alex Patel, the owner of the motel, said a Sarasota County officer was already in the area on another call and they arrived at the scene quickly.  Emergency medical services were called immediately and the man was soon taken to the Sarasota Memorial Hospital for treatment. 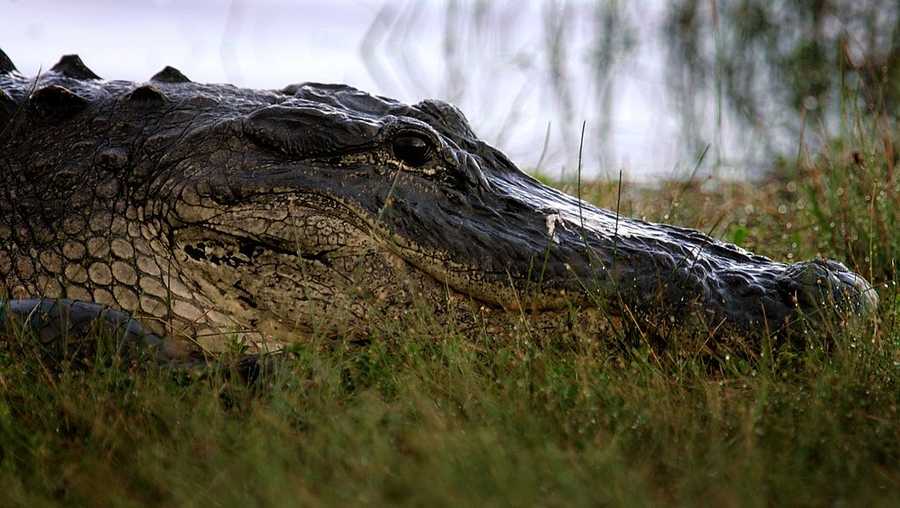 Fortunately, the man did not get any life-threatening injuries. It was still a traumatizing event for the guy and he would probably be wary of animals in his future.

The alligator was captured by an officer before the trapper arrived and took the animal away. 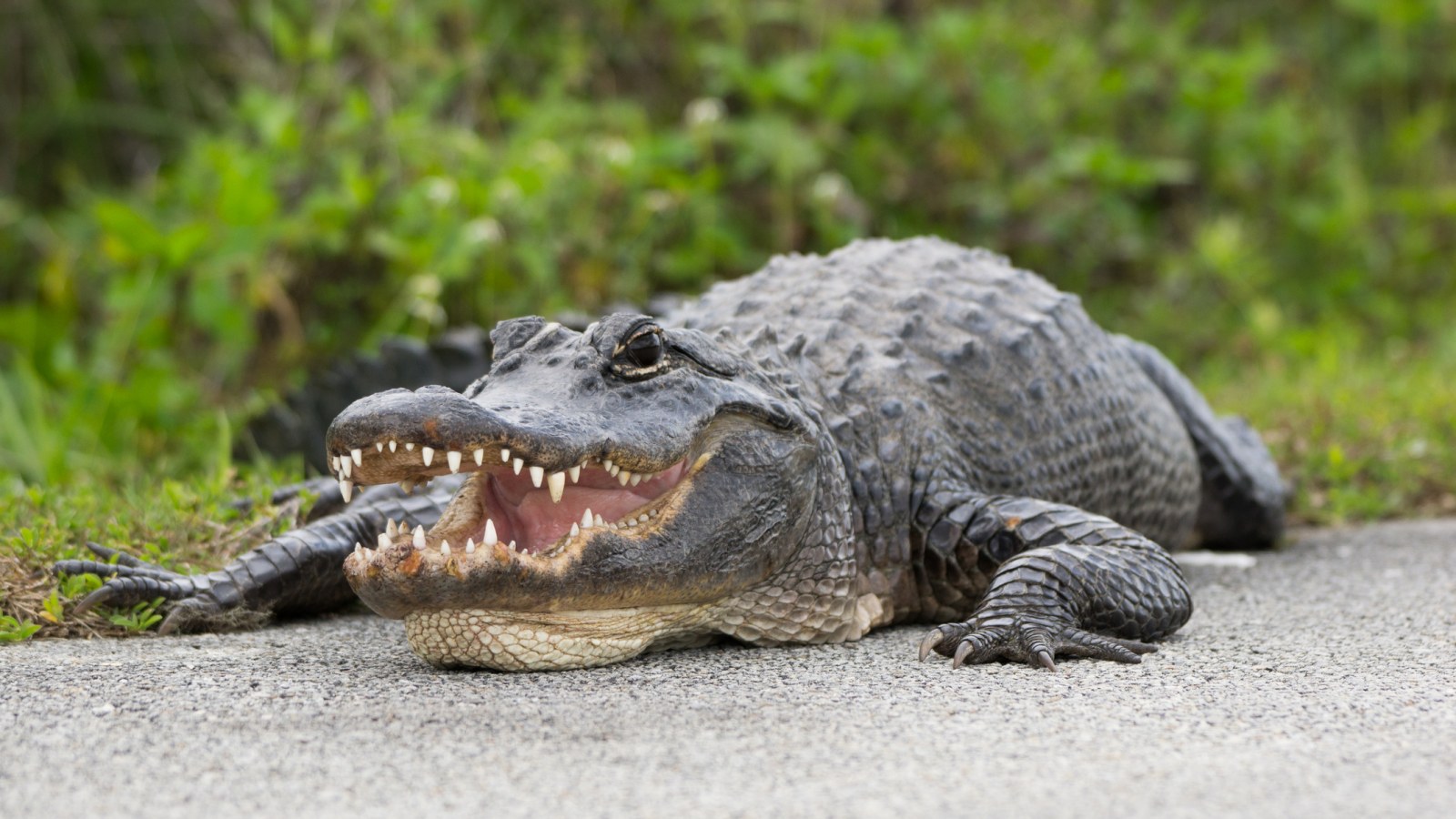 The owner of the motel explained that "the alligator was lost. There’s a pond in the back, so I think that’s where the gator came from.”

The Florida Fish and Wildlife Conservation Commission is looking into the incident.

“We will provide an update when it becomes available," Senior Officer Adam Brown shared. 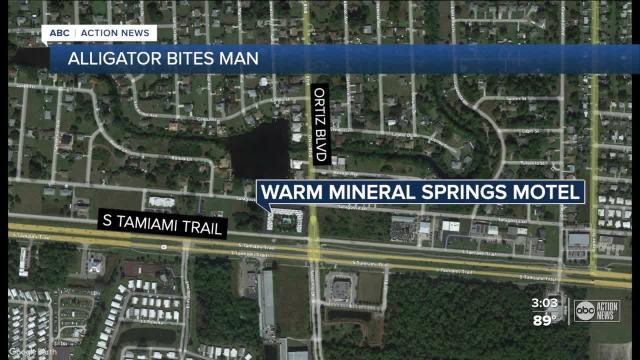