Posted by Sama in News On 15th August 2020
ADVERTISEMENT

This man was captured on a video passing racist comments full of spite and hatred. The video was captured by the Black woman, who goes by the Twitter handle @mishou_charelus, and appears to have been in response to her support for Black Lives Matter. After the video went viral, the Internet was angry over such hate crime, and many called out the man for his harsh actions. After the pictures on Twitter went viral, someone pointed he was the same man who’d launched a similar racist attack earlier this month and who they claimed was the same man. 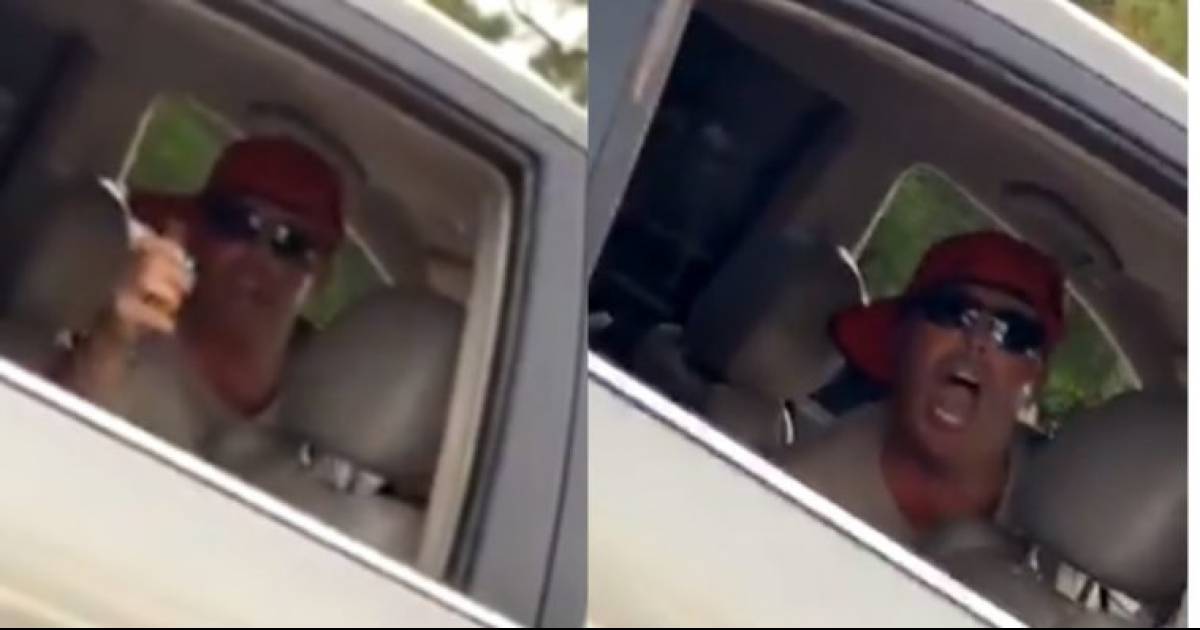 This black woman in Florida recently uploaded a distressing video on Twitter that shows him throwing hateful comments and racial slurs towards her. The video was captured by the Black woman, who goes by the Twitter handle @mishou_charelus, and appears to have been in response to her support for Black Lives Matter. 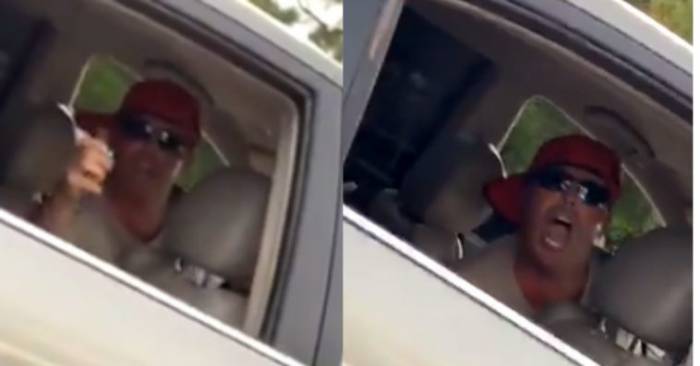 The appalling video has made people very angry and many called out the man for his indecent act while others called it a hate crime.

The incident occurred in Naples, Florida. As her caption states, the Black woman had just exited a highway and gotten into the South Florida city when the incident happened.

The man was waiting beside her at the red light. He then started chanting racial slurs in an insulting manner towards the woman. He then had the audacity to pick up a pen and paper and instructed her to place a value on her life.

“Tell me how much your life matters.”

I literally just got off the highway into Naples and this is the first thing that happens to me. Like this man could’ve killed me at a whole red light. FIND THIS MAN!! pic.twitter.com/bcDSQJ7nNp

When the woman protests, the man unleashes a torrent of horrifying racial abuse. First, he says something about her “black ni**er face” before screaming:

This is the same man I posted about aug 6 🙏🏽 he will be stopped and charged soon! pic.twitter.com/0bcwfVh9C6

Perhaps it was the reason that the woman refused to engage in this hateful crime that made the man angrier and took on a more scary approach of physical threat.

“Take the video, put it on Facebook, and then lick my as*hole while I sh*t on your ni**er-loving face! Fu*k you ni**er! Whew!”

The man then cheers again as if he’s at a sporting event.

After the man's picture went viral on social media, it came to notice that this woman was not the only person who was a target of this hate crime as another person pointed out he was the same man who’d launched a similar racist attack earlier this month and they claimed was the same man.

@Grubhub Do us a solid, and rid your ranks of this hateful person!

that’s all of Naples for ya 🐸

#8 Many extended words of support to the woman

On Reddit, where the video appeared in the PublicFreakout subReddit, people had some choice words for the man who attacked the woman.

“Just completely at a loss for how much of a shi*stain this moron is. I’m sure his world and life are both as utterly worthless as his duct-taped passenger window. I hope he runs his ass into a brick wall” —FinnsterBaby

these white supremacists are a danger to society. look at that raging hate, he even threatened to harm you physically. this was nothing short of a hate crime. im so sorry this happened to you

“He reminds me of a shivering, barking chihuahua” —welcometoindia

it’s the way he yells out of the rear window bc his passenger window is duct taped. glad you’re here to post this. hope he gets his.

So he’s broke and mad at everyone for it except himself.