Florida Man Played Prank On His Home Town For 40 Years, Convinced Entire Town That A 15ft Penguin Exists In The Area

Posted by Sama in Funny On 22nd August 2021
advertisement

Signorini along with his boss got the idea of playing a giant penguin prank after seeing a picture of a Dinosaur footprint in National Geographic. The duo designed a pair of feet to match the photo and had them cast in iron. Then they bolted a pair of high-top trainers to them and set about making a fool out of the public for the next many years to come. The prank was played so perfectly that it even convinced famous zoologists and local newspapers and media that a huge penguin is living among the residents of Clearwater. 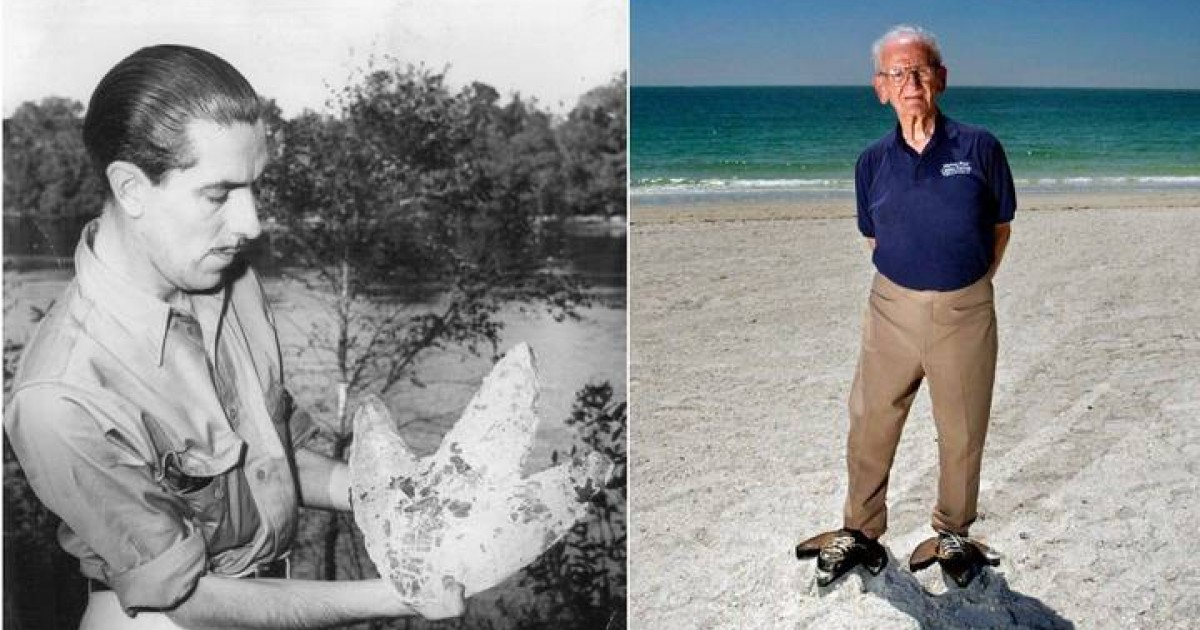 The name Tony Signorini is known in Clearwater as the man who played the longest prank in history where he convinced people of the giant penguin living in the area.

Back in 1948, locals were left confused after finding huge footprints on the beach that somewhat resembled a penguin's footprints. The prank not only food the locals but also renowned New York-based zoologist Ivan Sanderson. 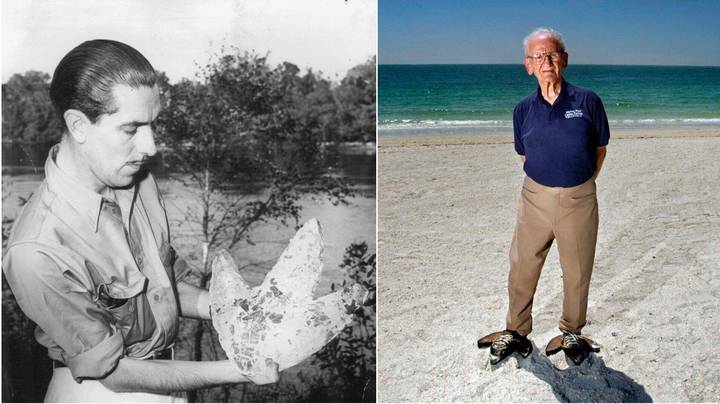 According to Tampa Bay Times, the steps the first time was seen by a local one morning.  The tracks were observed coming out of the sea and continued for a good two miles through the dunes before returning to the water.

The huge steps appeared about 14 inches long and almost 11 inches wide. They were large and penguin-shaped. 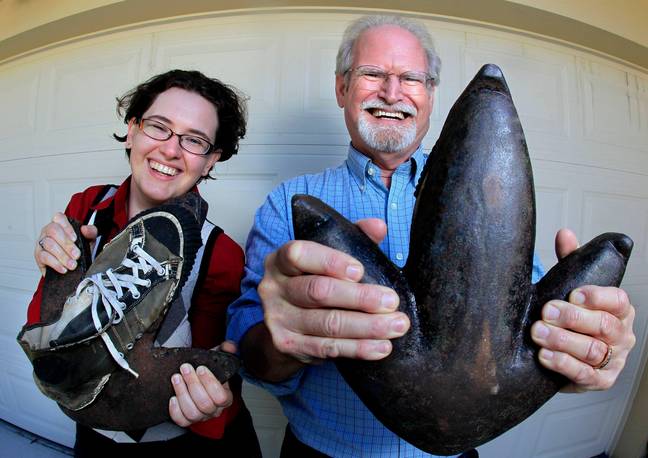 Very soon, these tracks were observed by other locals too and news of this even started to appear in the local newspapers as people butted their heads to determine if this was a hoax or some natural miracle where there was a giant penguin or simply some monster walking among the Clearwater residents.

The famous zoologist, Sanderson who has been on several African jungle expeditions for the British Museum and Cambridge and turned his adventures in a book. Sanderson is also the founder of the pseudo-science cryptozoology - which basically was the search for legendary animals such as the Loch Ness monster.

So these huge footsteps fitted his cryptozoology perfectly and he reached Clearwater to explore the incident himself. Having found marks, 100 miles north of the town along the Suwanee River, he even dug a print up and took it home for further study.

Sanderson concluded that the footprints were not a hoax. 'Old Three Toes' as he called it was supposedly grayish-yellow, about 12 feet long, with large, flipper-like arms. It made big waves as if kicking with powerful legs.

He was sure of this because he claimed he'd seen it while flying over the Suwanee.

"The imprint is, in fact, very much like that of a vast penguin," he wrote at the time. 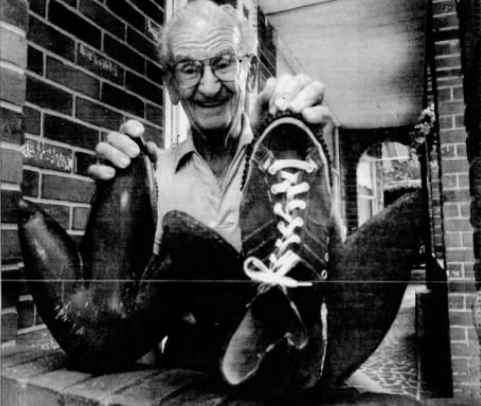 But in reality, this was all a hoax.

Signorini who worked at an automotive shop, and together with his boss Steven 'Al' Williams came up with the idea for a prank after seeing a picture of a Dinosaur footprint in National Geographic.

The duo then designed a pair of feet to match the photo and acted it in iron. Then they bolted a pair of high-top trainers to them and set about making a fool out of the world.

To make the prank look a perfect reality and to make it appear like a huge penguin's long stride, Signorini would stand on one leg, swing the other one back and forth to build momentum, then take a leap.

Signorirni kept the prank going for the next 10 years till 1958 and eventually spilled the beans in 1988. The iron casts have been inherited by his son Jeff.

Considering the fact that the iron casts weigh 30 pounds each, it is commendable that Signorini kept up with the prank for so many years. 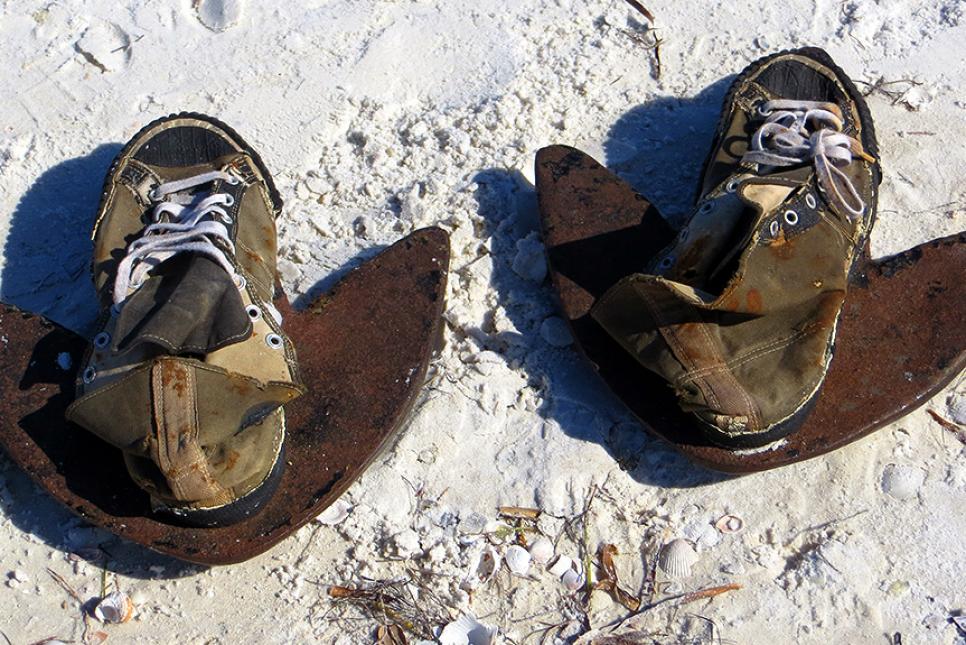