Posted by Sama in Cool On 22nd November 2020
ADVERTISEMENT

This brave man jumped into the pond and pried open an alligator's mouth to save his beloved pooch. The video was captured on camera and now the man is hailed as a hero with his swift thinking and timely actions. 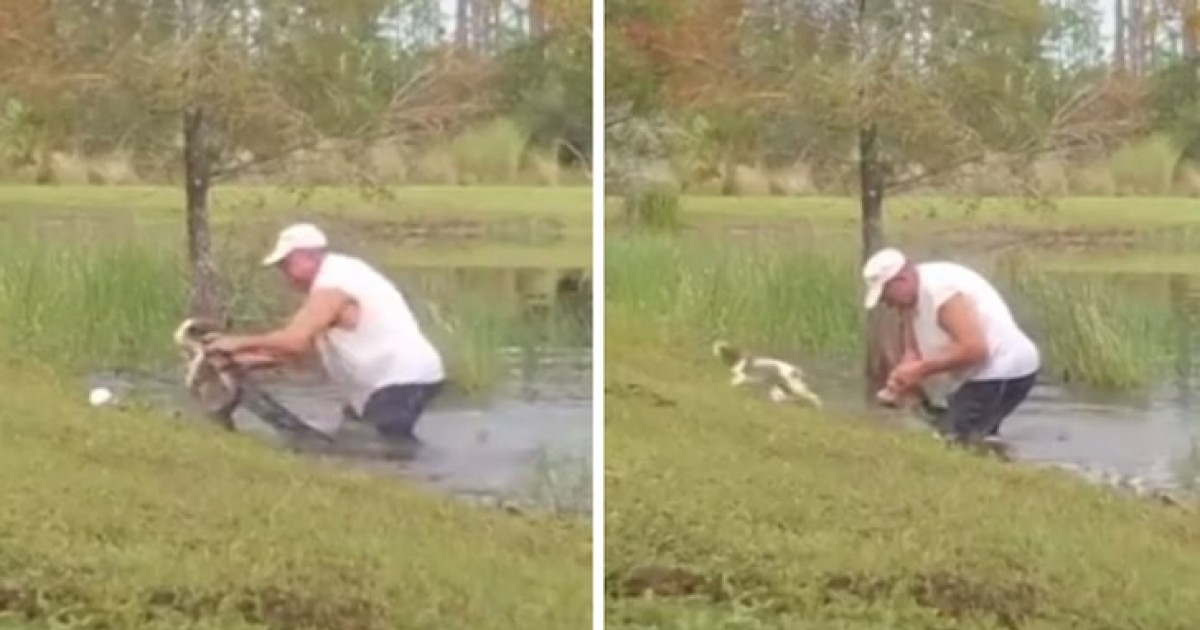 Anyone who has a pet will know how dear these tiny little creatures are to us. They are like our family, and bearing with their loss is one of the most difficult things in the world. This Florida man jumped into the pond and risked his own life to save his puppy from an alligator's mouth.

Richard Wilbanks swung into action, jumping into the pond and prizing the huge gator’s mouth wide open in a desperate attempt to save his beloved pet, Gunner.

The whole dramatic incident was captured on camera and Richard's commendable action shows what benefit quick thinking makes as he managed to free the tiny pooch from its jaws.

‘I never thought an alligator could be that fast. It was so quick.’

Fortunately, thanks to the dog owner’s sheer adrenaline and determination, the puppy managed to escape with no serious injuries.

‘They’re like children to us, so there was no second thought whatsoever,’ Wilbanks explained. ‘He had one little puncture wound, and my hands were just chewed up.’

Richard actually feels grateful that he was there at the time of the incident that he was able to save his dear dog.

‘Fortunately, I was in a position that I was able to save Gunner’s life,’ he said.

The video clip has since been shared with the Florida Wildlife Federation and the fSTOP Foundation, in a bid to educate people about how best to live alongside the wildlife in the state. 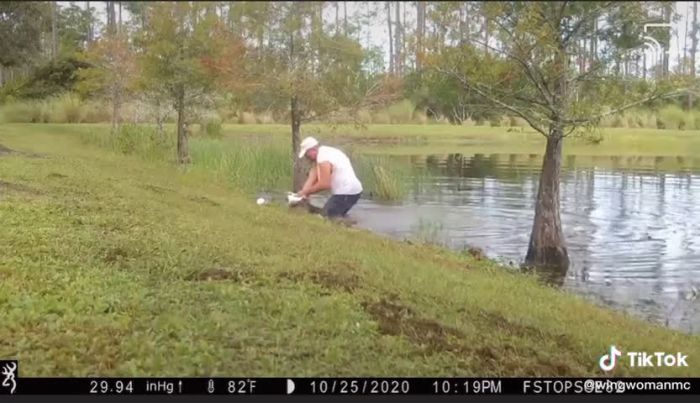 ‘It gives us a new appreciation. We do need to be aware they are wild animals. They’re not here for our benefit. We’re very luck to share this space with them,’ said Louise Wilbank, Richard’s wife.

Even though the incident that happened was unfortunate and almost claimed their pet dog's life but the couple agrees that the alligator shouldn’t be removed from the pond or destroyed, with Richard explaining, ‘they’re part of nature and part of our lives’.
In fact, they still walk their dog in the area, however, they now keep Gunner on a lead and make sure they stay at least 10 feet away from the water, in order to protect both Gunner and the wildlife from anything that could happen.
WINK News
ADVERTISEMENT