Posted by Sama in Fails On 30th June 2020
ADVERTISEMENT

Hundreds and thousands of people have lost their lives so far in the wake of this pandemic. But even in the midst of this chaos and destruction, there are still people out there who think this virus spread is a sham and if their governments are forcing them to wear masks in public then it is the abuse of their freedom of right. This Florida man here protesting against the mask law in his county is a prominent example of these kinds of people. 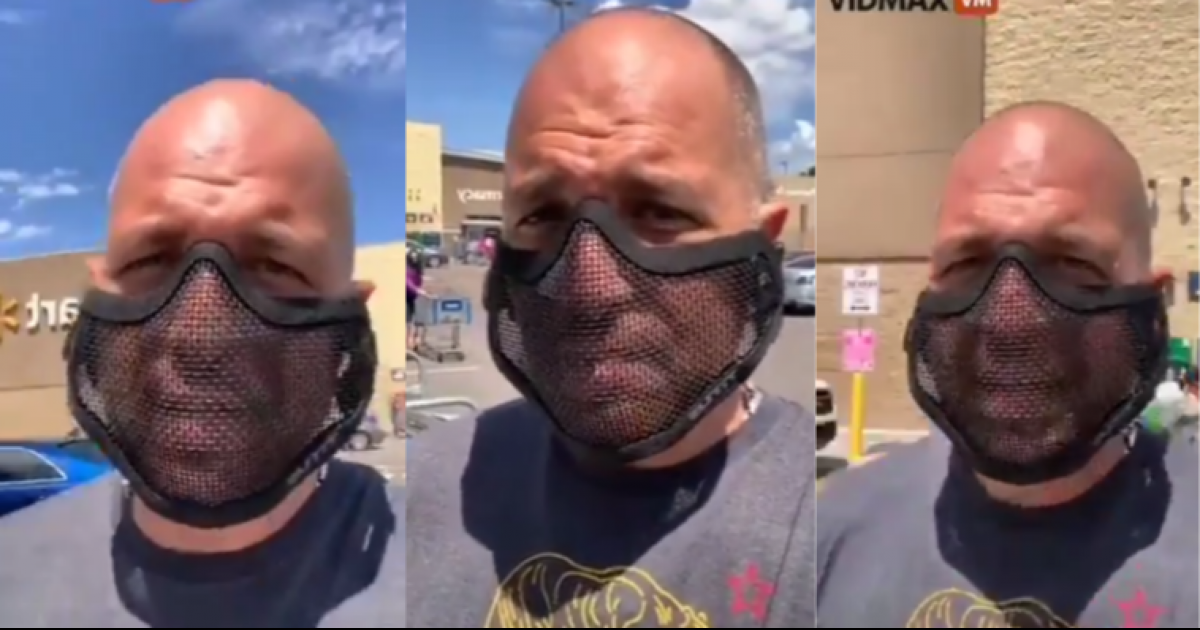 #1 Trying to prove his point, this man wore a mesh mask to Walmart

In an attempt to protest against the mask law in Florida and prove his point, a man wore a non-compliant face mask to Walmart. Even though face masks are not the requirement across each State in the country but some counties have made it mandatory. As per Florida Governor Ron DeSantis, masks are mandatory if one wants to enter public places. 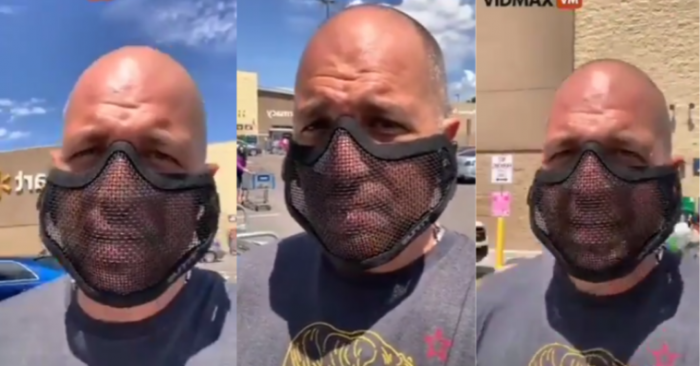 #2 The man even recorded his protest

Now to prove his point about the requirement, the Florida man wore a highly breathable mesh mask that is commonly used in for dirt biking or paintball. The man actually wore the mask while entering Walmart and continued wearing it throughout his shopping trip there.

Feeling accomplished with his little stint, the man even recorded and shared a video of his protest while exiting the Walmart.

In the video, he called the requirement a “Hitler-type ruling” as he explained: “So I just left Walmart. You can see it behind me. So I’m in a county where the state just passed a, I don’t know what it is, the county commissioner made a Hitler-type ruling that says, ‘You know, I just decided that everybody has to wear a mask if they go inside of a store.'”

“So I purposely wore this mask today. You can see my mouth through it. You can see me talking. And it just goes to prove that it’s not about safety.”

“Because if I sneeze, if I cough, if I talk or spit, anything I do is going to come right through this mask, obviously, because this isn’t a mask designed to use in hospitals or anything. This is just, I think, for dirt biking, so you don’t bust up your face.”

“So the point is, nobody looked twice at this mask. Nobody gave me any s**t. Nobody will give me any s**t, because it’s not about safety.”

“What it is about is compliance. I complied, I was a good little sheep, I had a covering on my face, but it doesn’t protect anybody from anything, and not one person said a word.”

“Not one store employee, not one other person in the store, not even the security guard that happens to be standing and watching this particular Walmart.”

After the video was posted on social media, the Internet had a lot to say to the man regarding his "protest."

Majority people called out the man for his shallow actions and some were even confused over why anyone would be against a law that is placed for their own protection, especially when it is as simple as wearing a mask at public places.

#5 Internet had a lot to say about his actions

One person tweeted, "This guy is the personification of ignorance..." Another wrote, "Because of people thinking like him florida has 9,000 cases in a day."

Another wrote, "No, buddy. All you proved was people in Walmart are not trained medical personnel and that they fully expected to get screamed at for nitpicking when they confronted you.

Congratulations. You're going to be responsible for new language in future orders"

If you're wearing a mesh mask to protest, you're just an idiot. you already have a mask on, so all you're saying is "I don't give a shit about other people." https://t.co/2uwMBjW4o0