Rodrigo Alves the former human Ken Doll recently revealed to the world about her transition to a trans woman. Now known to the world as Jessica, she said, "I have always known that I was a woman since the age of three, four, five, six. I always played with dolls I was in touch with my feminine side." 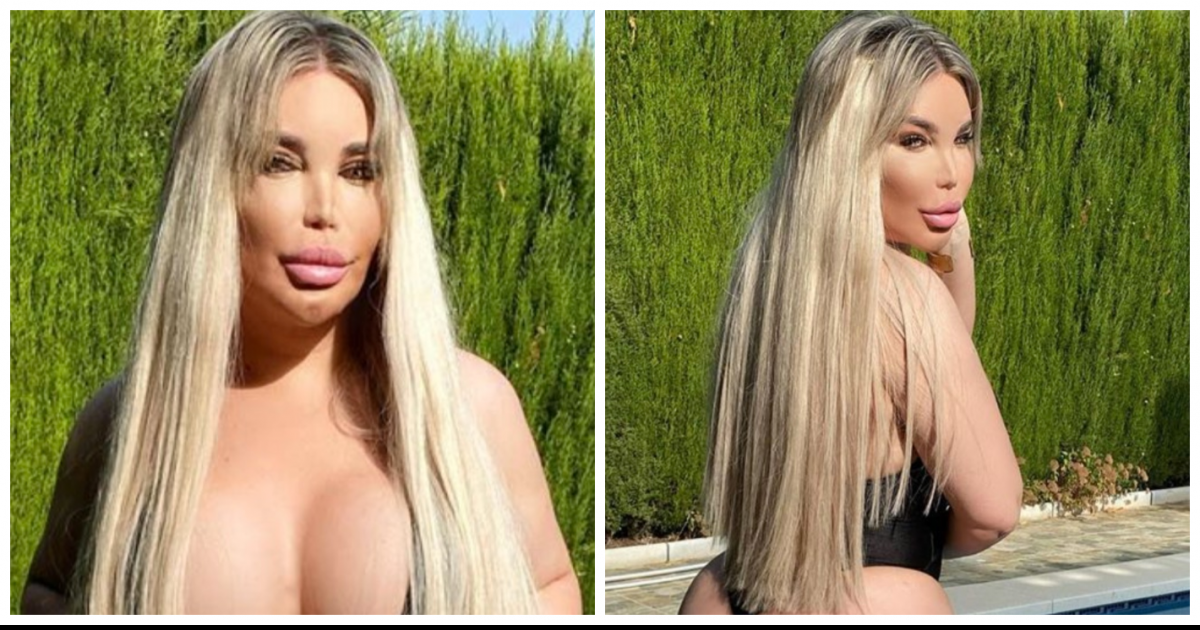 It has certainly been a year of change for former Ken doll. The former Rodrigo Alves announced last month that she was a trans woman and revealed to the world last month that her name was now Jessica, during an appearance on the UK television chat show This Morning.

Feeling hot at 40c in #marbella #spain #andalucia thanks @jessicamodatrans for my lovely swimming suit ! #summer2020

Speaking to hosts Eamonn Holmes and Ruth Langsford, Alves proudly spoke out about being a trans woman and explained how she landed on her new name.

Jessica said: "I have always known that I was a woman since the age of three, four, five, six. I always played with dolls I was in touch with my feminine side."

However, Alves revealed how it was a recent photoshoot that really brought home the tenents of gender fluidity. She said:

"I did a photoshoot where they called me Jessica as a nickname, ever since I kept the wig, the lingerie, the shoes – then I started to cross-dress at home as a secret," the reality television star stated.

Jessica captioned the sultry snap: "Feeling hot at 40c in #marbella #spain #andalucia thanks @jessicamodatrans for my lovely swimming suit!"

Alves proudly modeled her swimsuit from Jessica Moda Trans by Cris Cabana - a company that makes swimsuits and underwear specifically for trans people.

Alves's fans cheered upon her for her astounding transformation.

A second added: "You go girl!! Confidence is your middle name."

Jessica revealed that she was, in fact, a transwoman back in January during an interview with the Sunday Mirror, telling the publication: "I'm known as Ken, but inside I've always felt like Barbie."

She added: "I finally feel like the real me. Glamorous, beautiful, and feminine.

"For years I tried to live my life as a man. I had a fake six-pack put in, I had fake muscles in my arms but I was lying to myself.

"I'm a woman and have always had a feminine brain. Now my body matches my mind."

As per news.com.au, the 36-year-old's addiction to cosmetic surgery started when she was 17 years old, and since then she has undergone more than 100 procedures costing roughly $785,000.

Speaking on This Morning, Alves added that once she has completed her transition, she will "be done" with cosmetic surgery for good, saying: "I still need two or three more surgeries to complete my transition, and then I swear I will be done with plastic surgery – there is only so much one can take."

Alves then spoke about the personal pressures of living as a man wanting to be a woman and the risks of the transitioning process. She said: "Yes, it is scary, but it’s what I have to do to be the person I am today. I don’t wish that I transitioned earlier, I had to go through all that experience as a man and that suffering I was going through inside myself.

"Having said that, surgery can be risky and unhealthy. I’m a very healthy person, I don’t drink, I eat well, I sleep well, and I have a lot of exams like blood tests, to make sure I’m okay to go through it."

I am curvy is the new fashion ! #curvy #beauty #fashion #lifestyle #novababe Necklace by @nickysboutique #jessicaalves

Pictures With Double Meanings Might Just Hurt Your Brain
Fashion

10 Gorgeous Models You Should Be Following On Instagram
Fails

These Photos Will Make You Do A Serious Double-Take