Posted by Sughra Hafeez in Sports On 14th November 2017
advertisement

A black baseball star has shocked fans by posting a picture of himself with what looks like white skin. Fans have noted his not-so-subtle transformation since retiring from the big leagues in 2007 and were quick to let him know. 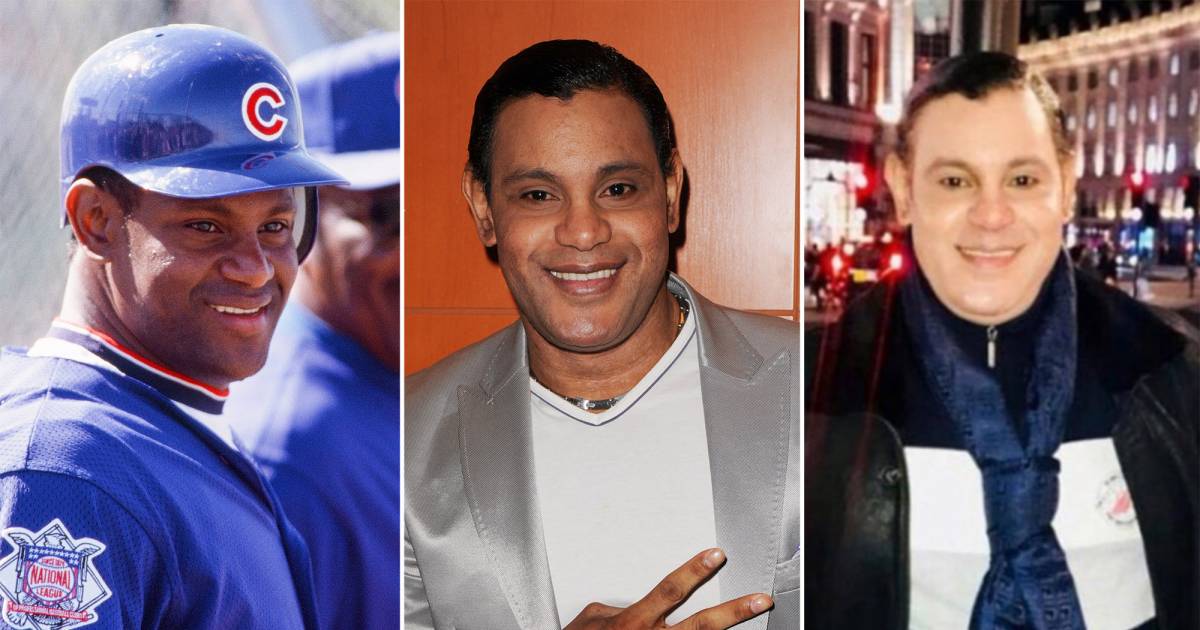 One user posted a series of Tweets of Sosa and his wife in the capital, saying:

"Five days until Sammy Sosa’s birthday… Here he is in London!" 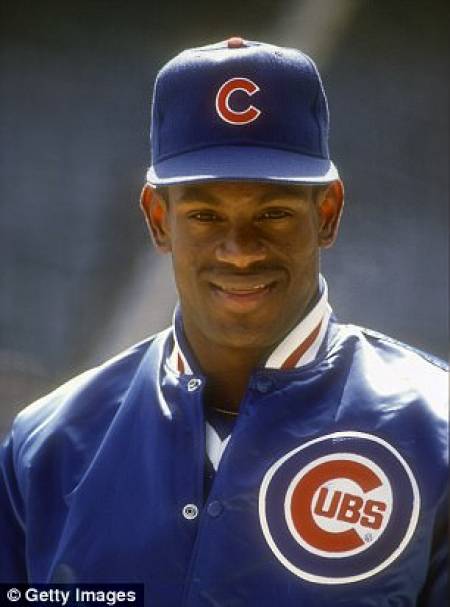 Black baseball legend Sammy Sosa has caused a social media meltdown after he was spotted with even lighter skin.

Posing for a series of pictures in London, the 48-year-old is nearly unrecognizable when compared to his playing days with the Cubs when he had honey-brown skin. 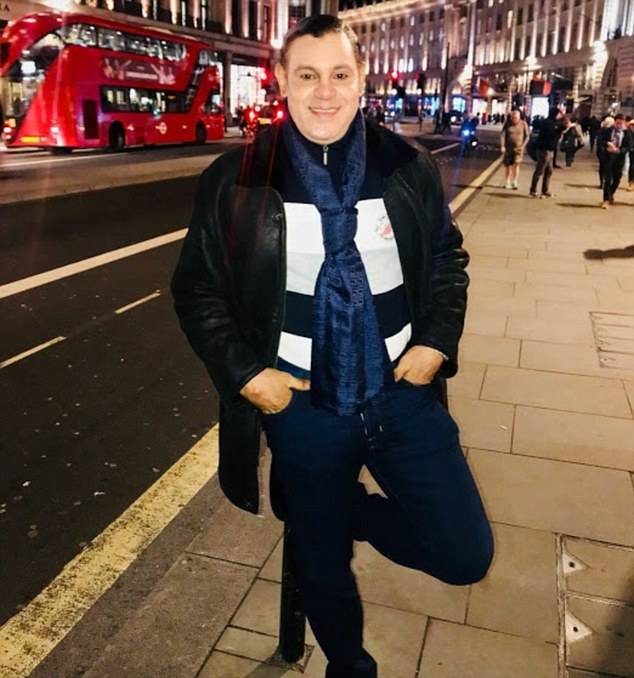 In one of the photos, the former slugger is seen leaning against a street post. Another photo shows Sosa doing the “dab.”

The 48-year-old Dominican-born athlete made headlines due to his transformation in 2009. 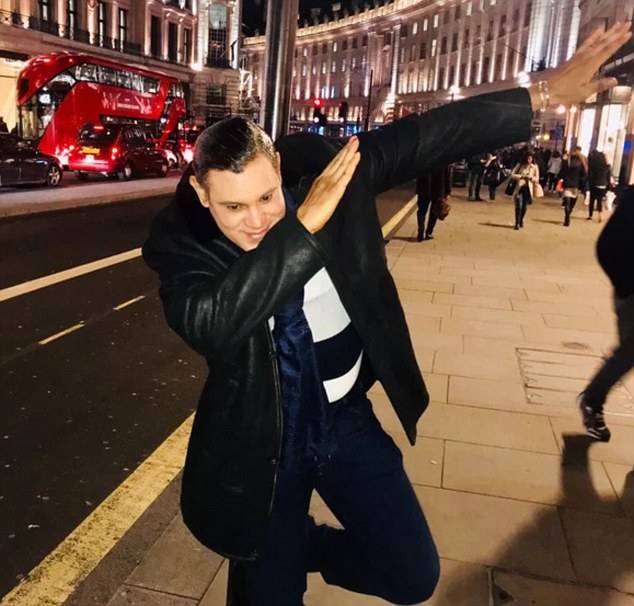 "It’s a bleaching cream that I apply before going to bed and whitens my skin some.

It’s a cream that I have, that I use to soften [my skin], but has bleached me some. I’m not a racist, I live my life happily.

What happened was that I had been using the cream for a long time and that, combined with the bright TV lights, made my face look whiter than it really is. I don’t think I look like Michael Jackson." 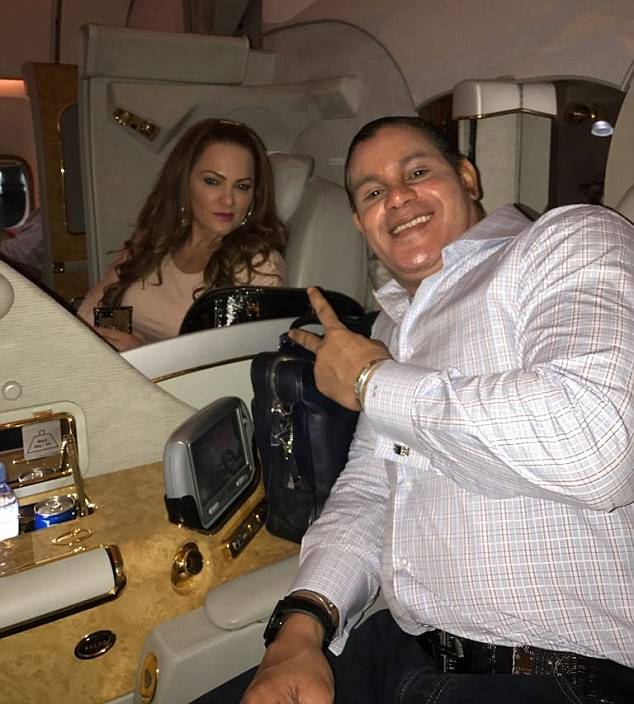 "Sammy Sosa looks like the grandpa from the Munsters," said Jaron Montana. 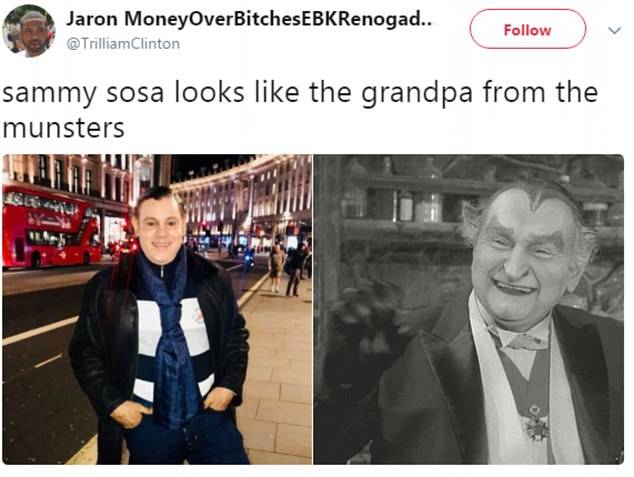 "Idk what Sammy Sosa is going thru at this point in his life but this picture is terrifying," Brandon Williams added. 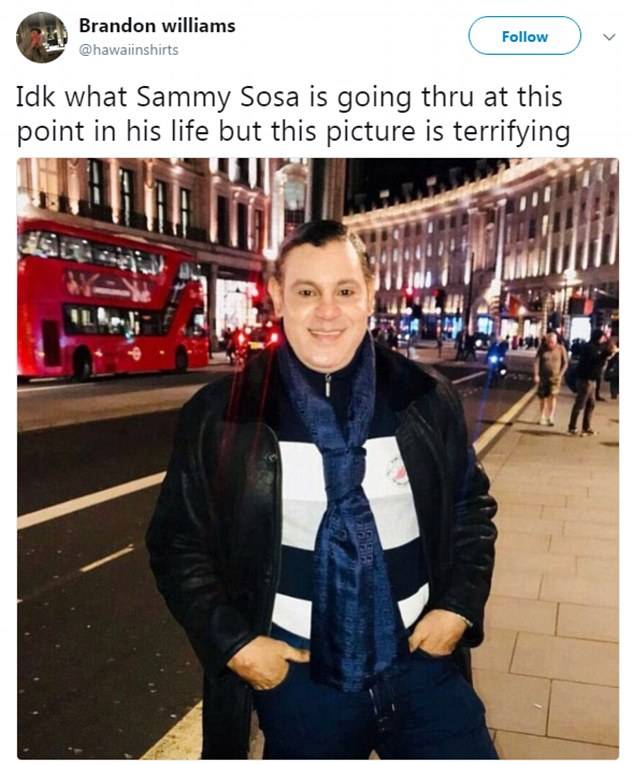 I just need to know does the value increase since he's white now. Lol," said a different user. 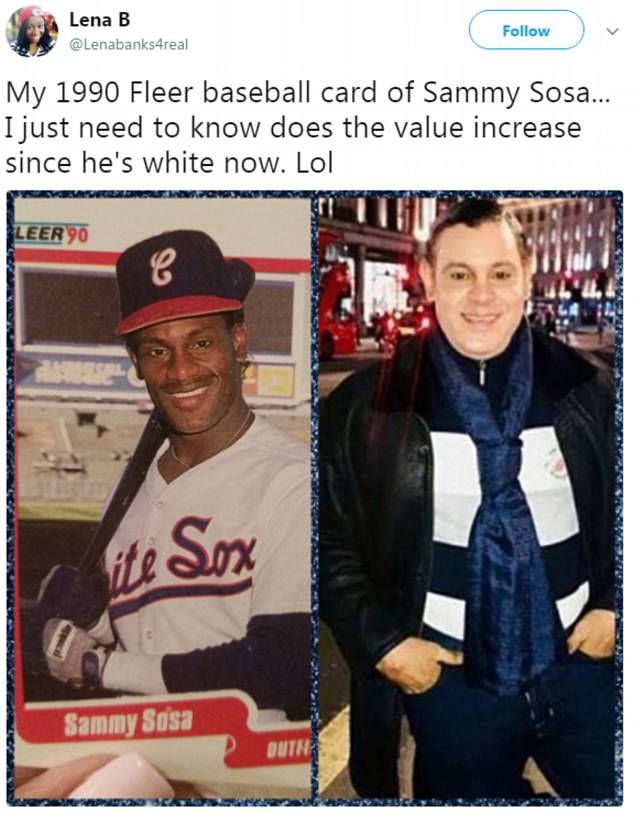 Sammy and his wife Sonia are currently in the UK to celebrate his birthday. 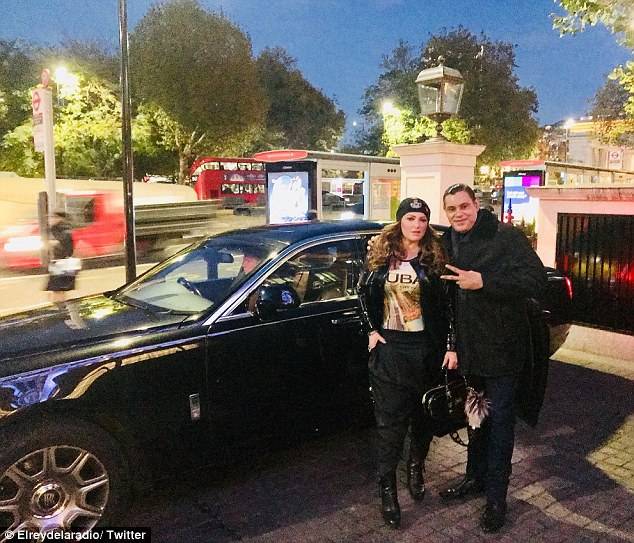