Posted by Sama in Life Style On 5th February 2022
advertisement

Tiamat Legion Medusa has lived a life of child abuse, self-harm and with HIV positive has feared for their life. They have also seen the life of success where they were the Vice-President of one of the biggest banks in the country. Now following their heart and going great lengths of body modification, Tiamat wants to turn into a genderless reptile who lives their life on their terms with no conformation to society. 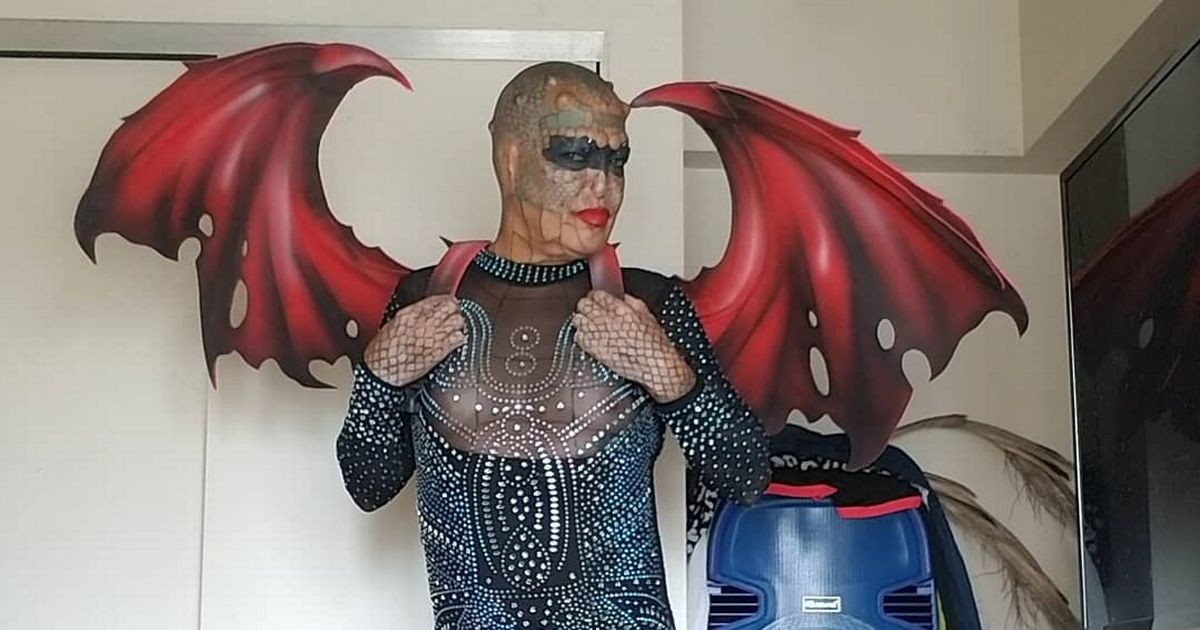 Check out these dramatic transformations of a former LA backer who is on a mission to fully transform themselves into a 'genderless reptile' and has spent some thousands of dollars on their body modifications.

Now infamously known as Tiamat Legion Medusa (@legion4wrmny), they are planning to undergo a penis removal procedure, teeth removal and would like to get more tattoos via a pre-op to fully morph from human to reptilian.

According to The Sun, the 60-year-old reptile dragon said: “People think that modified people, especially those who go to great extremes to look like something in a sci-fi film, are losers and dumb as dirt.

“In my past life as a man, I was a banking Vice President at one of the nation’s largest financial institutions.

“I want people to know that modified people are just as intelligent, kind, loving, and good as anyone else.

“Just because I had my ears removed, does not mean my brain just rolled out and I’m just a blithering idiot.”

The former banker has lived a past life of child abuse and self-harm and with HIV diagnosis in1997, they feared for their life.

“Because I thought I was going to die, I started modifying my body as I felt I was in a race against time,” said Tiamat, who thankfully has their HIV treated and under control.

They continued: “I am removing parts of myself that offend me including some of my physical attributes and also how I live my life today as a creature that is part-human and part-reptilian.

“Having been to hell and back, having endured so much cruelty at the hands of humans, making myself into something from another species is my own way of dealing with the spiritual, emotional, psychological pain and anguish that continues to torment me through my life today.

“This is my way of dealing with life and the hand that was dealt me. It may not be how others would have handled things but this is my life and I will do things my way – and I will continue to march to the beat of my own drum.”

They added: “I am in the process of going genderless, so I prefer they, them pronouns. My ultimate preference is to simply be called an 'it', just like my own kind, the snakes.

“It is my goal and mission to shatter the gender binary and to inspire others out there to embrace being non-binary by sharing my story of going genderless.”