Be warned, however, that there is one song you should never dare sing if you are in the country – or you could die. 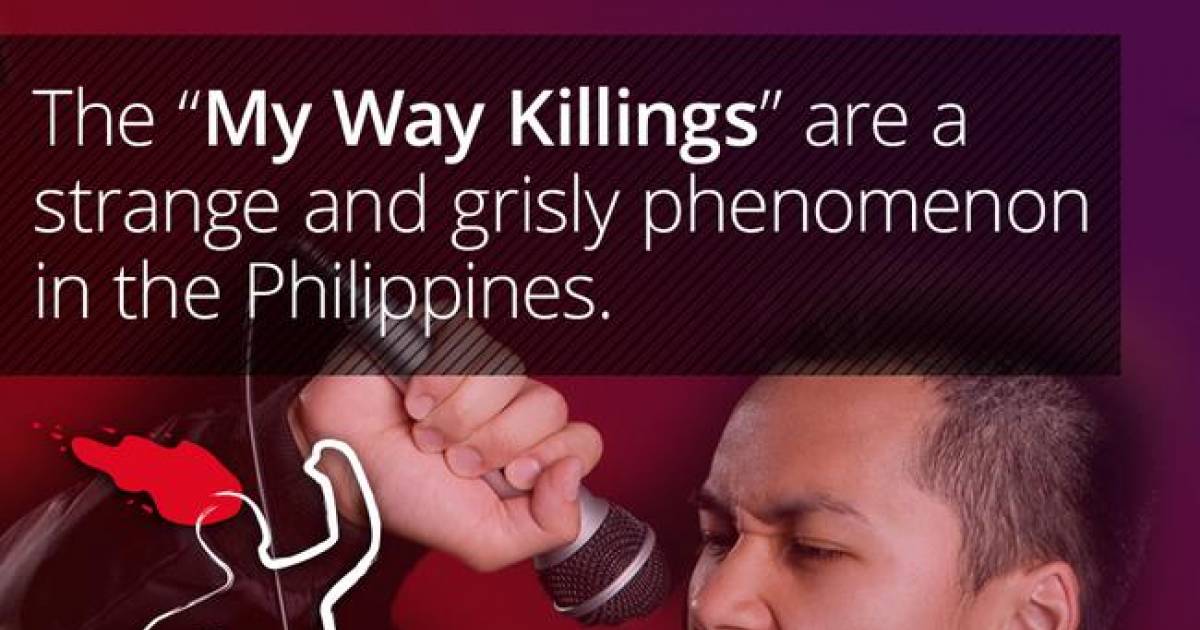 #1 In Filipino karaoke bars, choosing to sing Sinatra’s “My Way” can be deadly.

Frank Sinatra's "My Way" has been banned from many bars across the Philippines after at least six people were killed in the last decade while performing karaoke renditions of the song. 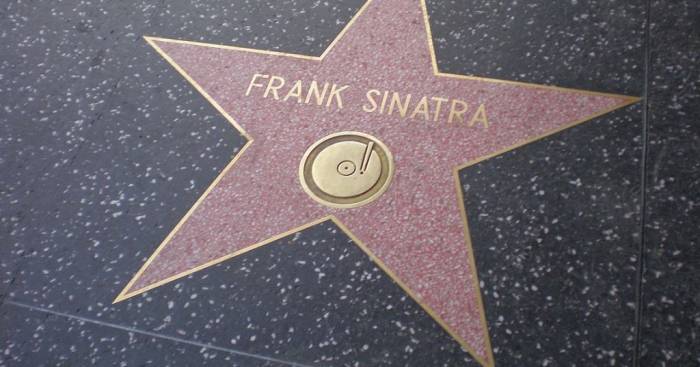 #2 Frank Sinatra’s “My Way” has lead to several karaoke bar fights and killings in the Philippines. 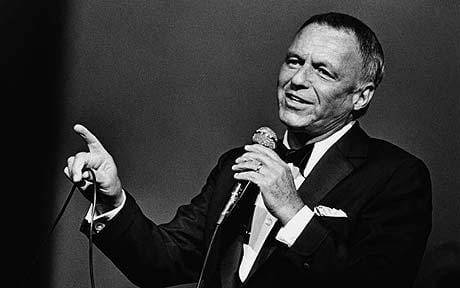 #3 In a The Vintage News article, we learn that:

“In the past three decades, the song has been associated with the phenomenon of the My Way killings. As many as twelve people have been killed and dozens injured while singing this particular song in karaoke bars.” 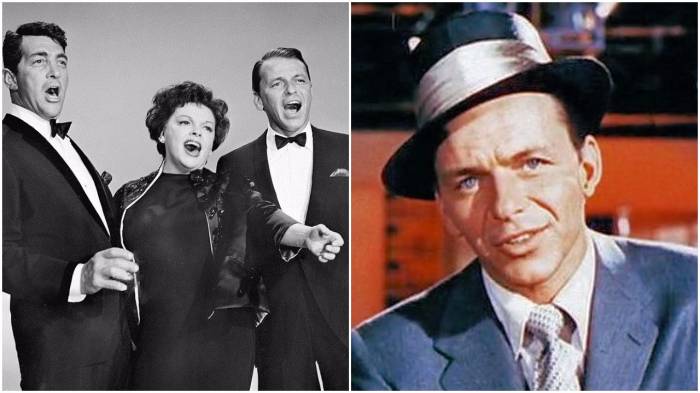 #4 “I used to like ‘My Way,’ ” barber Rodolfo Gregorio said to the New York Times about singing the -song at his neighborhood karaoke bar.

“But after all the trouble, I stopped singing it. You can get killed.” 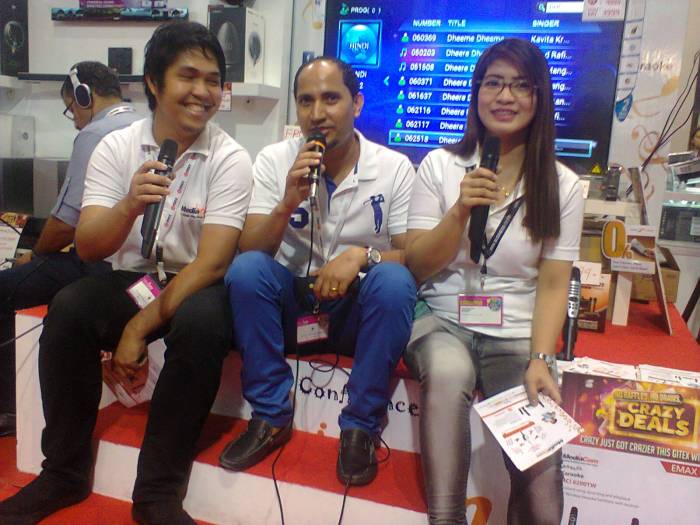 #5 The Filipino news media have even given the song its own crime category:

The “My Way Killings.” No one has an exact count of how many people have been murdered in the Philippines for singing “My Way” in a karaoke bar. But Filipinos are known to have a culture of drinking, machismo, and violence. 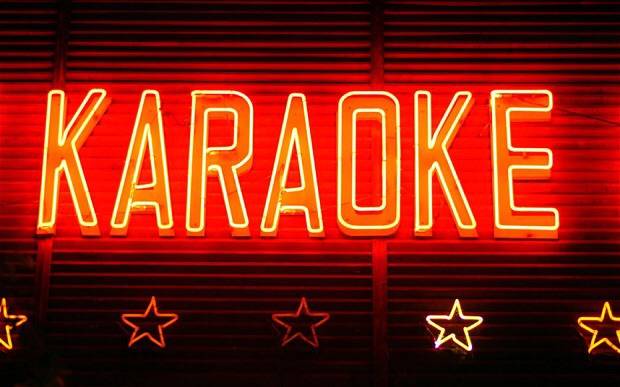 #6 Bar owners believe the number of deaths could be fuelled by what some perceive as "arrogance" in the lyrics of the song.

It is one of the most popular karaoke tunes in the Philippines which also has a more than one million illegally carried guns.

Most of the killings are reported to have happened after the singer sang out of tune and crowds jeered.

#7 Nevertheless, the question remains: Why does this song spark so many violent deaths while other songs don’t?

Some people think it has to do with the singer singing out of tune. In some cases, bar patrons will jeer, laugh, or simply become enraged. That can lead to violence. Certain people also hog the microphone or select a song that was recently sung. However, another theory says the song’s lyrics push people to act out against the singer. 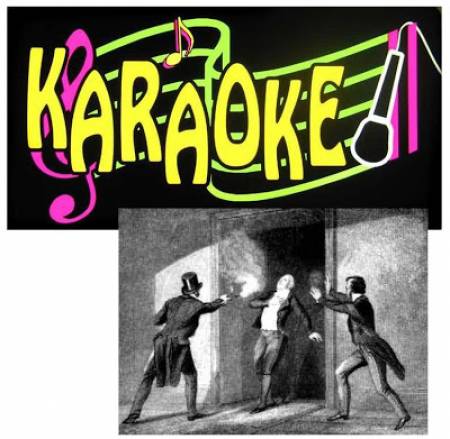 #8 "I did it my way’—it’s so arrogant," Manila singing school owner Butch Albarracin told the New York Times.

"The lyrics evoke feelings of pride and arrogance in the singer as if you’re somebody when you’re really nobody. It covers up your failures. That’s why it leads to fights." 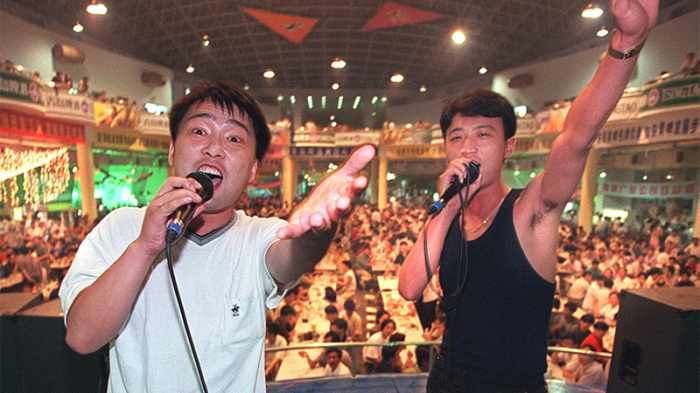 #9 Eerily, the song starts with the words “And now, the end is near…”

For example, a 2007 incident tells us that “a 29-year-old man was shot to death by the security guard of the karaoke bar for singing the song off-key,” the site reported. 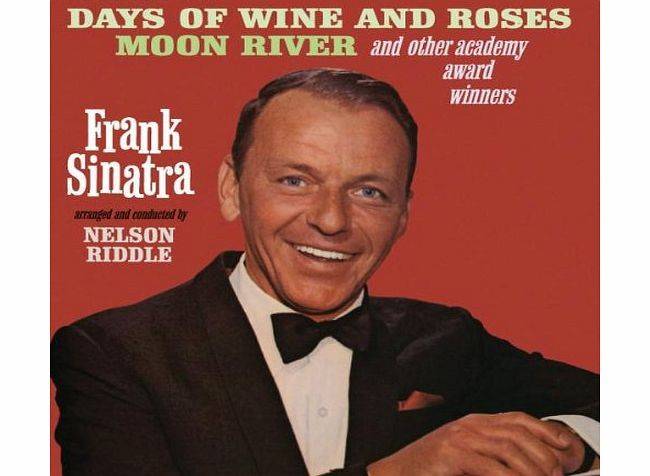 #10 Karaoke killings have been recorded elsewhere in Asia.

In Thailand two years ago a man shot dead eight of his neighbors after becoming enraged when they repeatedly sang John Denver's Take Me Home, Country Roads. 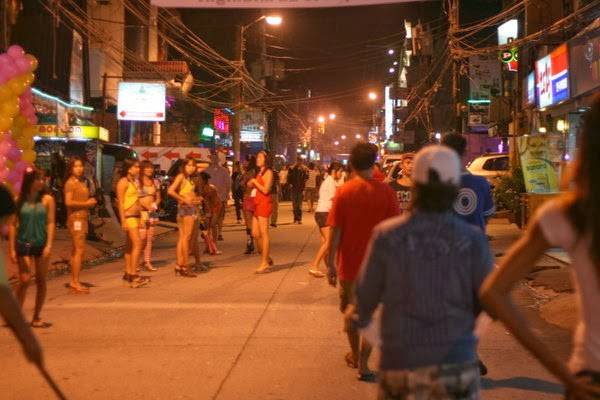 #11 In 2008 Abdul Sani Doli hogged the microphone for so long in Sandakan, Borneo that listeners stabbed him to death. 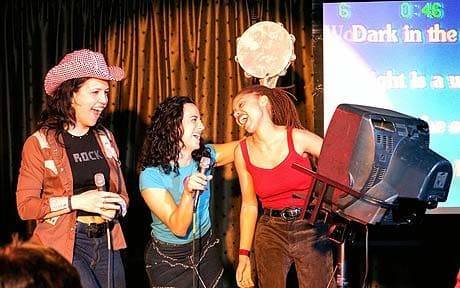 #12 Rodolfo Gregorio, 63, a karaoke singer in the Philippine city of General Santos, said:

"The trouble with My Way is that everyone knows it and everyone has an opinion. You can get killed." 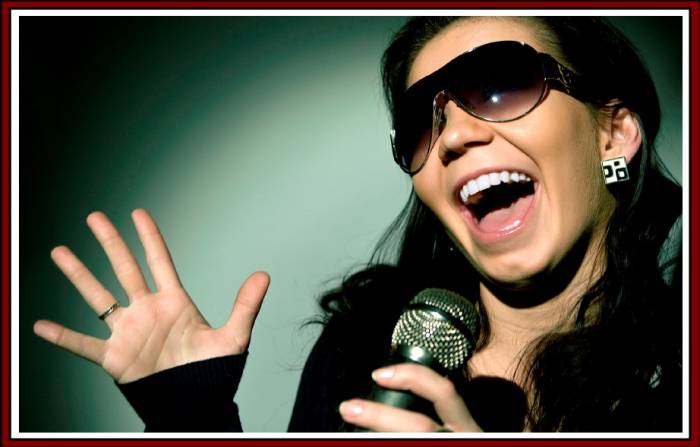 “The killings have produced urban legends about the song and left Filipinos groping for answers.

“Are the killings the natural byproduct of the country’s culture of violence, drinking, and machismo? Or is there something inherently sinister in the song?”

#15 Not all music elicits a negative response, however.

In 2005, music from the Green Day album “American Idiot” awakened nine-year-old Corey George from a two-week coma. The young boy had been seriously injured when a car hit him on his birthday. “His mother played his favorite Green Day album and within an hour he had opened his eyes,” Corey’s father, Martyn, told the BBC. 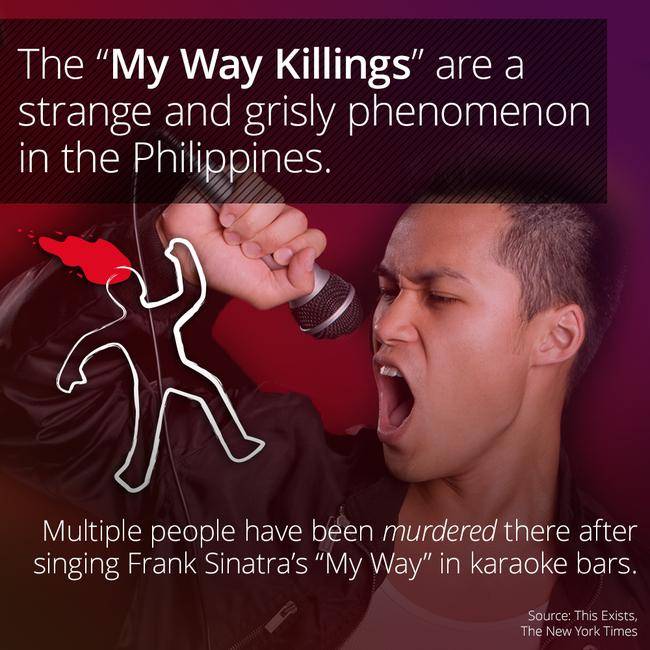 #16 A 2009 study also found that certain music, especially songs from Kenny Rogers, has helped stroke victims with their recoveries.

Researchers believe that the songs cause patients’ brains to release more dopamine, a neurotransmitter that regulates emotion, to damaged areas of the brain. 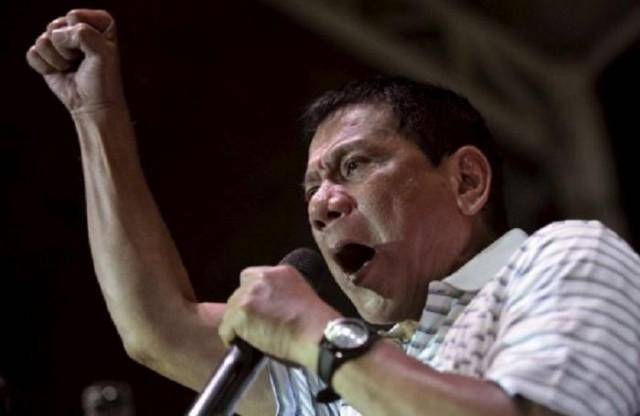 #17 The Sinatra song appears to provoke the most violence, but karaoke killings have occurred in other countries and with other songs. 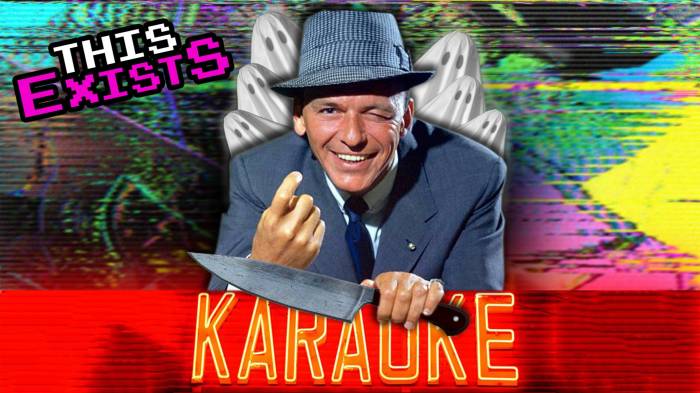 As soon as the man on stage started singing about the stars in his best Chris Martin impersonation, the woman reportedly said: "Oh, no, not that song. I can't stand that song!"

Witnesses said her distaste for Coldplay quickly took a violent turn, and she leaped at the would-be crooner, shouting expletives and telling him that his singing "sucked," while expressing the same opinion of the song, according to a Seattle police report.

#18 Don't get so worked up if someone sings your song.

"Apparently, it was karaoke night. One of the gentleman, as soon as he stepped off the stage, someone didn't agree with the song or the music or something, and there was an altercation inside the restaurant," said J.J. Wilson with HPD Homicide. 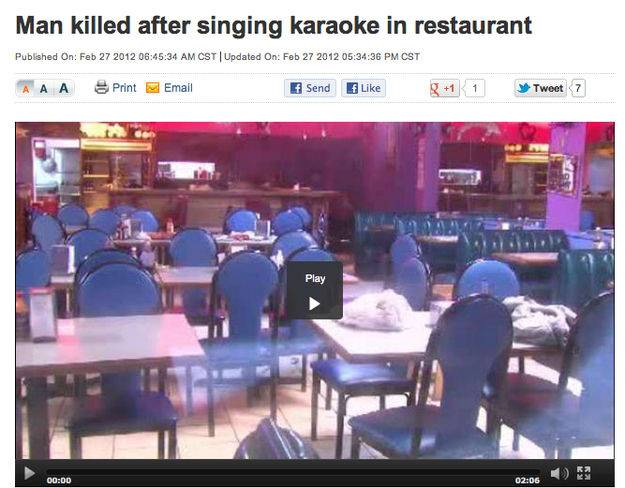 The assault occurred during one of the bar's weekly karaoke nights. Officials say Collen complained about the man's singing, then began punching him before several patrons stepped in to stop the assault.

#20 Keep your feelings to yourself!

Two of the defendants are brothers who were celebrating their birthdays, court papers say.

#21 Be fair when deciding which song to pick. If your song isn't picked, do it next time!

Salt Lake City police said the two men -- 33 and 23 -- were at a family party near 1900 West and Gander Lane (1790 North) when they began to argue about which song they wanted to perform.

The 23-year-old found a large kitchen knife and stabbed it into the 33-year-old's upper-right chest. The attacker then drove off in a white Honda, police said.

"I tried to kill him," she told police. "Because I hate him."

Her ex-testified in court that his ex "mad and upset" because he'd sung a karaoke duet with another woman at a party in the trailer park earlier in the day. 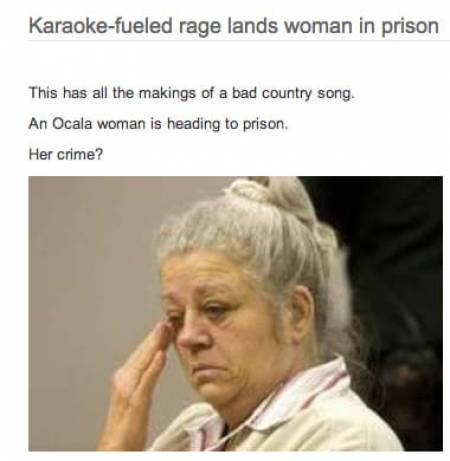 #25 And whatever you do, NEVER sing Frank Sinatra's "My Way". 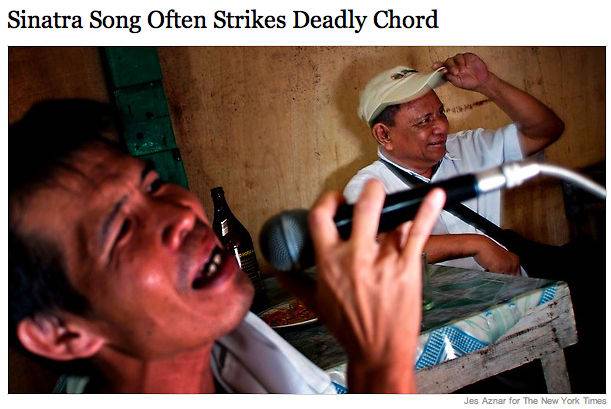