From Titlady To Gaylord: Some Of The Funniest Surnames People Have

Posted by Annie N. in Funny On 4th December 2021
advertisement

An unfortunate name can have quite the impact. From being made fun of on the playground to being giggled at in Conference rooms, strange names such as ‘Titlady’ are sure to haunt you your entire life. Here are some of the funniest surnames people have encountered. 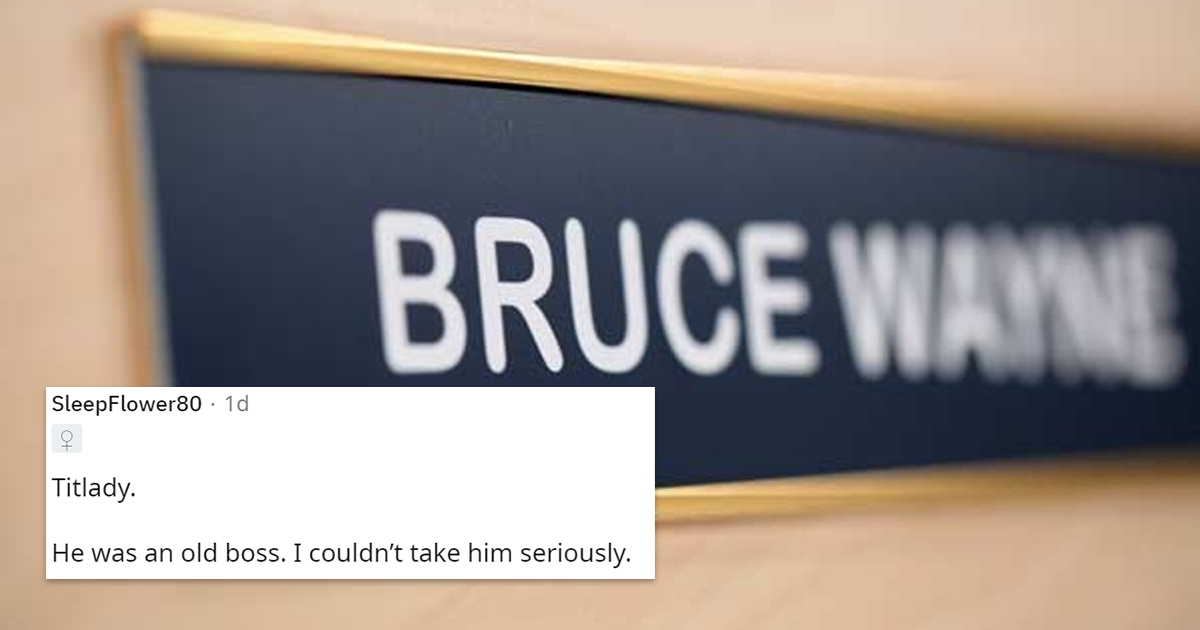 This hilarious conversation was started by u/immapurplegiraffe on Reddit who asked,

"What’s a surname that was/is just too ridiculous to take?"

He was an old boss. I couldn’t take him seriously."

Talk about a perfect name

"I have an ex whose last name is Loveless. Seriously. He cheated on me too"

Funny how the universe works

Should be sued for negligence IMO

"There’s a gynaecologist in my old area who’s [sic] name was Dr Dick. Not sure what his first name was, but apparently he named his daughter Ophelia"

Now why would we imagine that?

"Imagine being a Jenny and marrying someone whose last name is Talia."

You either grouch or you embrace it. She's a winner!

"I had a student bring in a cheque for a field trip. Her dad’s name was Fuk Man Lee. She points to the cheque and says loudly “Yeah, my dad’s real name is Fuck.”"

TBH we would be losing our minds too

"A guy from my old job's last name was butts, his daughter married someone with the last name brown. He was so excited to get to welcome everyone to the brown butts wedding during his speech."

We can see why

"My cousin wasn't too keen on her husband's surname...Crotch"

Betrayed by the ID

"Someone called into my work and the caller Id just said “Goosebarnacle.”"

TBH we want to hear more of that vampire story

"Cockburn. Went to school with a kid named Mickey Cockburn and always felt bad for his name.

Woodhead. Went to school with a girl with the last name Woodhead. She had a massive forehead as well and got me in trouble with the principal/my parents because I told her I was a vampire who could blow up the sun and kill everyone. She freaked out and told on me."

Same user. Boy does he have some strange acquaintances.

"Quackenbush. Like Quack quack I'm a duck. Last name of a best friend. When his mom remarried in his freshman year of high school he couldn't wait for his stepdad to officially adopt him to trade Quackenbush for McKnight."

Name like that, you remember it all your life

"My first grade teacher was Mrs. Transfagula. I wish I was joking."

She was our school guidance counselor. Mrs. Rape. Not ideal."

We're giggling uncontrollably as we write this too

"Gaylord. I didn't know that was a real last name till I moved to Texas. They have a hotel and a ton of money and everyone says it with a straight face while I giggle like a 6th grader."