Posted by Sumaiya Ghani in News On 4th December 2020
ADVERTISEMENT

Emily was blown away as one customer gave her a huge tip of $2000 with a sweet message wishing her a Merry Christmas. She already made plans of spending it on her two young sons on Christmas but the happiness didn't last long. 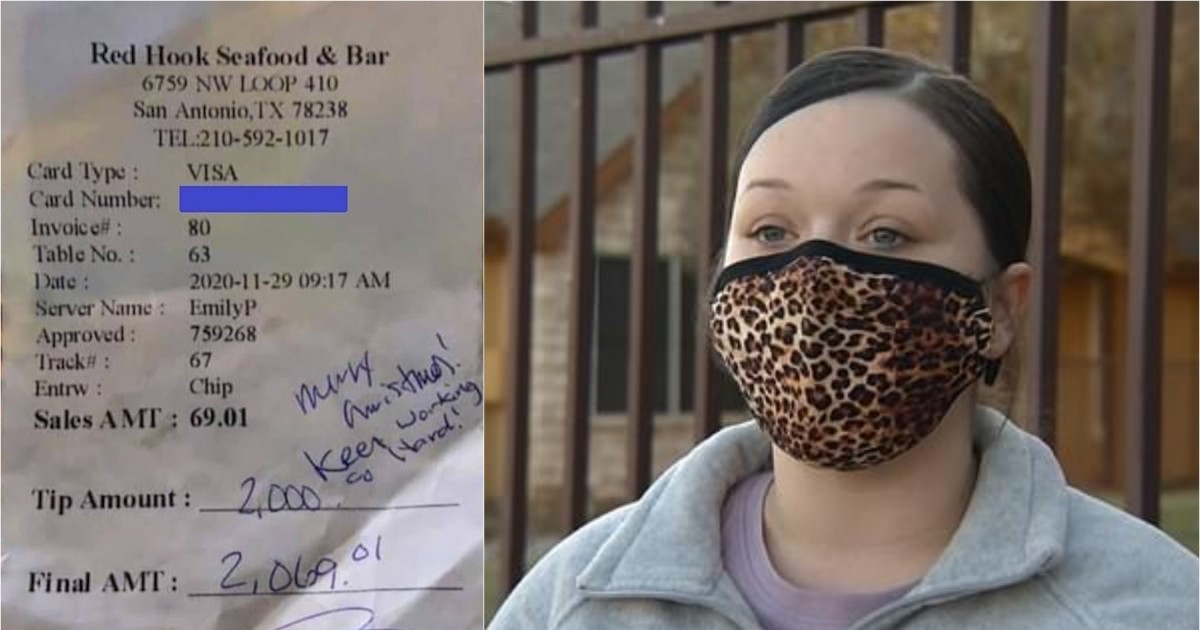 This woman named Emily Bauer was a waitress at Red Hook Seafood and Bar in San Antonio. She started working there two weeks ago and recently some generous unidentified male customer gave her a huge tip of $2000. 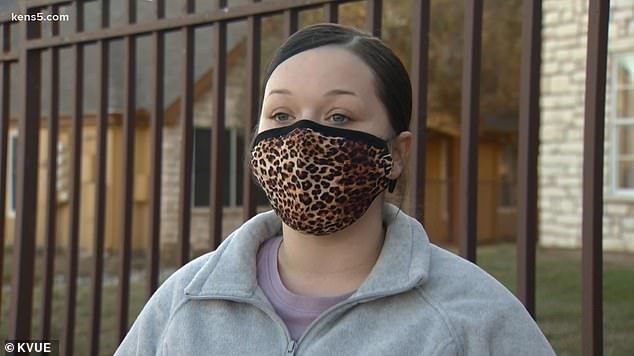 Emily was blown away by this generosity and already started imagining herself buying Christmas gifts for her kids. She told KVUE on Tuesday that the unidentified man also featured a sweet message on the bill wishing Bauer a Merry Christmas.

'I just opened it and started crying. I was like, "Oh my God! My kids! I'm going to spend it all on my kids."

'I've never had a Christmas where I've been able to like splurge on them,' she said of her two young sons. 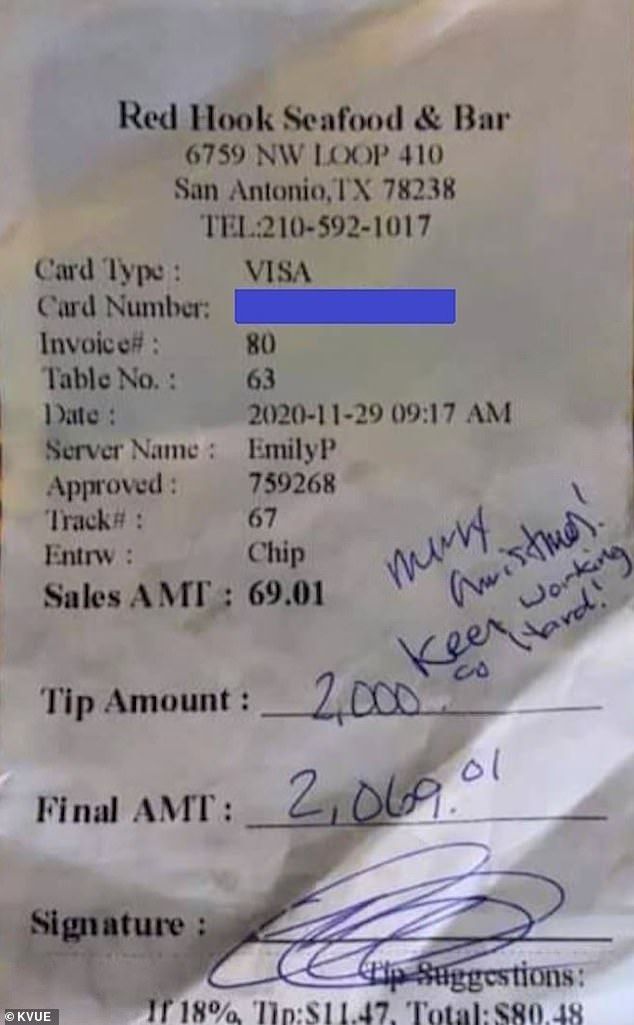 But soon all her happiness was turned into disappointment and anger

She fought with them and other servers supported her and asked management to process the tip amount in four separate payments so she could receive the $2000 but she was declined.

'Everybody I've talked to has been like, "I've never heard of that before.'" If it's left to you and signed by that person, then you should be able to get it,' Bauer told the news network.

Later, on their Facebook page, the management told a different version of the story

On Wednesday, the management wrote that the man's credit card declined the $2000 tip, so they were unable to forward the cash on to Bauer.

Red Hook Seafood and Bar's owner said: 'Let me say the gentleman's card would not let us post [process] the tip. We tried multiple times, Emily tried, managers tried... Visa could not force a $2000 tip on his card, it was invalid then later declined. We can not charge a card $500 four times it's impossible and it's a fraud.' 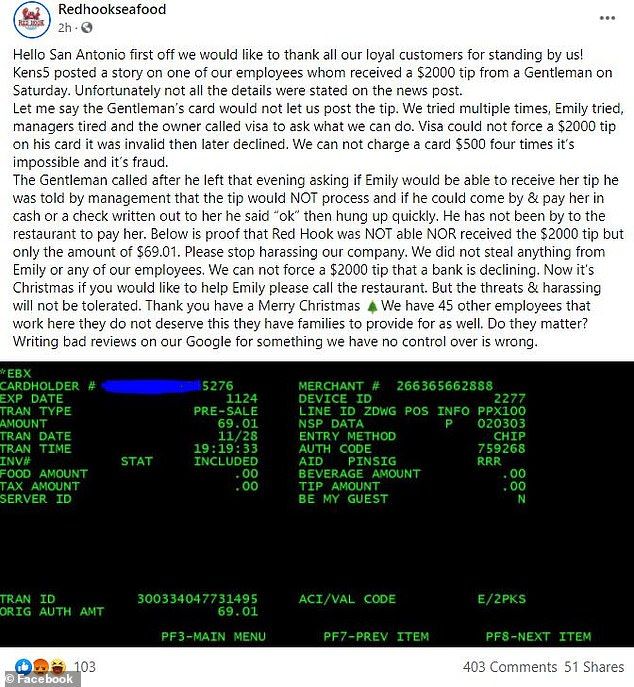 The post continued: 'The Gentleman called after he left that evening asking if Emily would be able to receive her tip he was told by management that the tip would NOT process and if he could come by & pay her in cash or a check written out to her he said 'ok' then hung up quickly.' 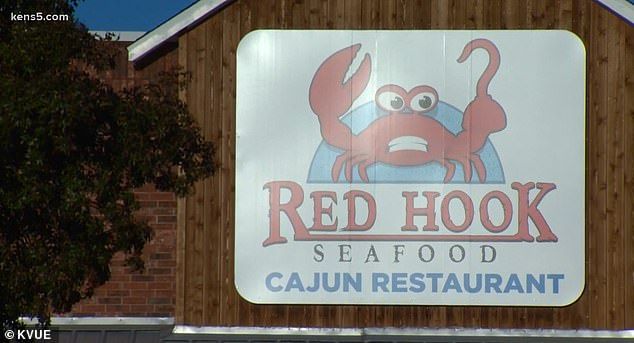 He said the only payment processed was the $69.01 amount, which was the cost for the meal, and also posted the picture for proof

One other employee of that restaurant told DailyMail how they have had 'zero customers' all day because of the bad publicity.