Posted by Sumaiya Ghani in Funny On 5th December 2020
ADVERTISEMENT

The viral video, which has already been viewed over 97 million times, shows the frustrated woman crossing the limits and taking out her nail clippers. She then snipped pieces of the hair off before sticking a lollipop to it and dunking the ends of the hair in a mug of coffee. 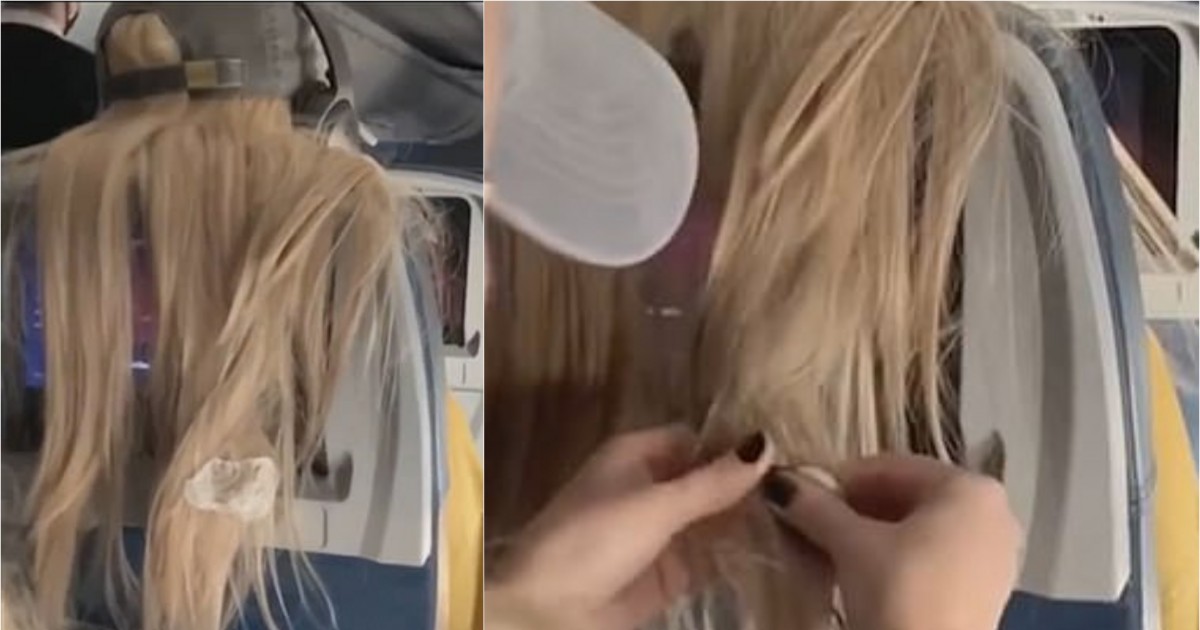 Frustrated passenger ruined the hair of the woman who was blocking the view of her onboard TV. The woman at the back literally stuck 'chewing gums' on the front woman's hair and also dunked it in her coffee that must have been hot. The woman managed to do all this when the air hostess looked away. 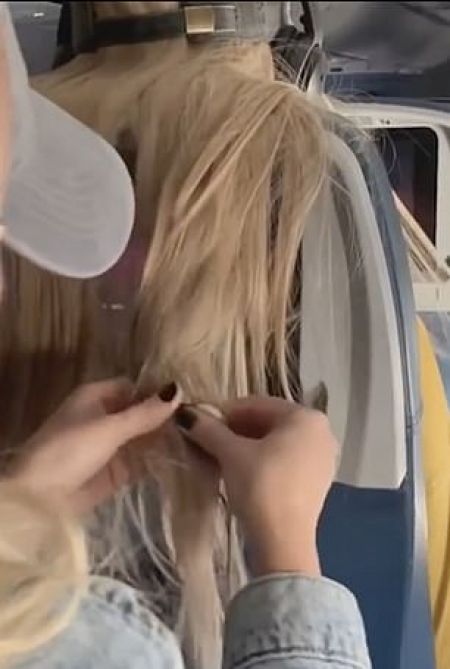 Here is the video of the petty fight where the tension between the two women is visible. It has already been viewed over 97million times.

The woman was so done with her not moving her hair that she took out her gum and started sticking it on her long blonde hair. 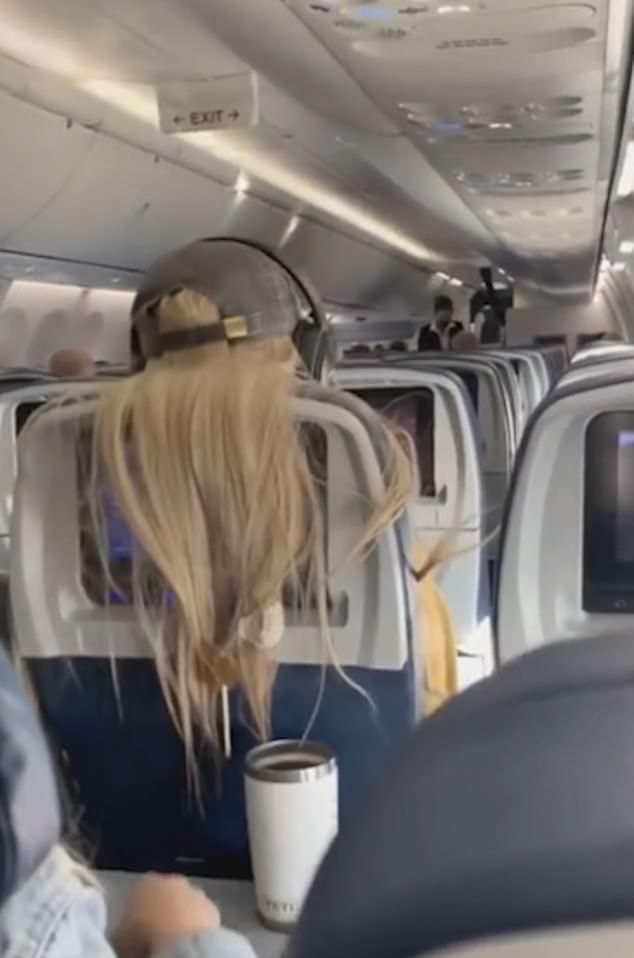 She stuck the gum at different parts of her hair

She was seen doing it with no rush, at first, she stuck the gum and then dunked it a few times in her coffee.

The flight attendant passing by notices the tension but doesn't get involved.

The viral video shows the woman crossing the limits and taking out her nail clippers. She then snipped pieces of the hair off before sticking a lollipop to it and dunking the ends of the hair in a mug of coffee. 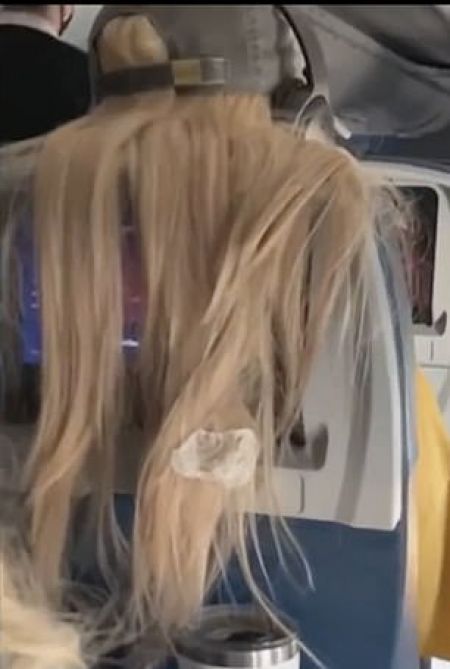 The woman at the front had no idea of the damage done to her hair.

At the end of the clip, the woman was seen looking at her hair and standing up in a panic state. She then ran to the restroom while the culprit covered her face with her mask.

The clip was posted on TikTok where it was viewed millions of times but many believe it to be fake.

The viewers started taking sides and bombarded the video with their comments.

One TikTok user called Hayden wrote: 'At first I was with the lady in the front but after she kept throwing her hair back I feel like she got what she deserved.'

Some people noted that the two women had the same hats on so they could be friends.

One woman named Julieanne wrote: 'You would absolutely know someone is touching your hair.'

Other wrote: 'Come on that's a wig! Totally staged! You think after she flipped it she didn't feel all that stuff in her hair!'