AI piloted flying hotel that 'never lands' could take 5000 guests to the skies in style. The ambitious 'Sky Cruise' - which is designed to never land by using 20 engines running on nuclear fusion - is featured in a new video. 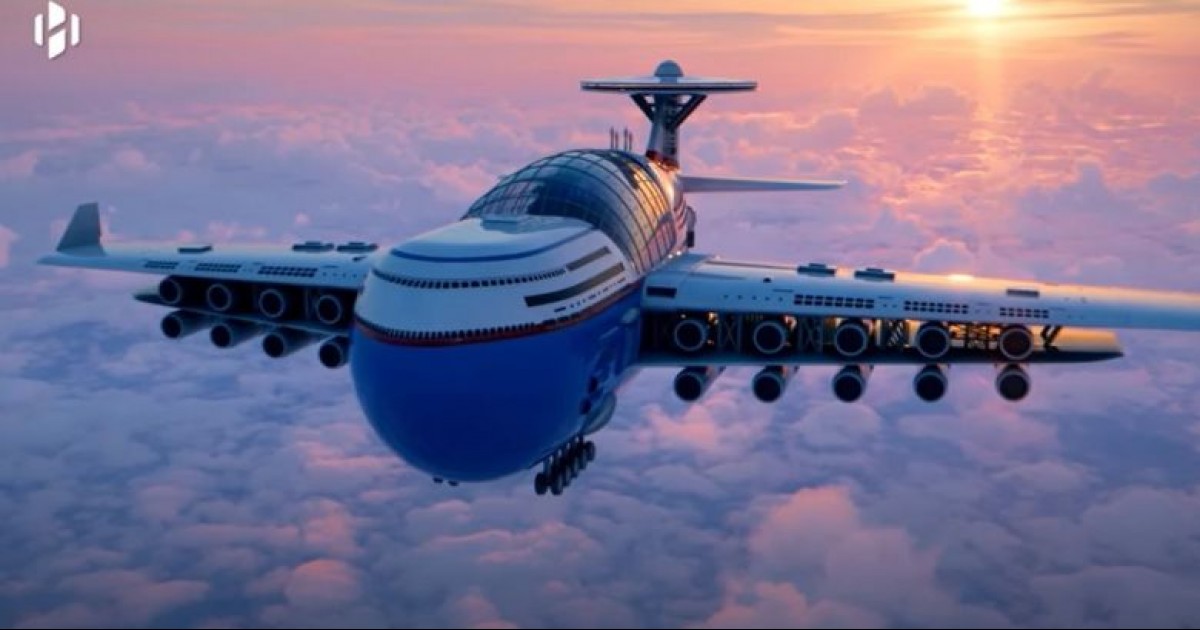 A nuclear-powered 'flying hotel' could one day see up to 5,000 enjoy a luxury stay above the clouds - with swimming pool and shopping centre included.

An ambitious design for the AI-piloted Sky Cruise – which has 20 engines powered by nuclear fusion and is designed never to land - has featured in a new video. 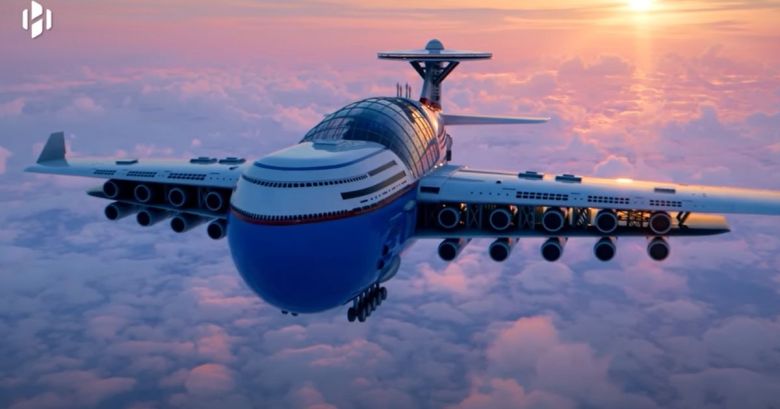 Depicting a hulking jet that looks somewhere between a mega-cruise ship and a space station floating above the clouds, the CGI video of the “Sky Cruise” vessel was posted by animator Hashem Al-Ghaili on YouTube. 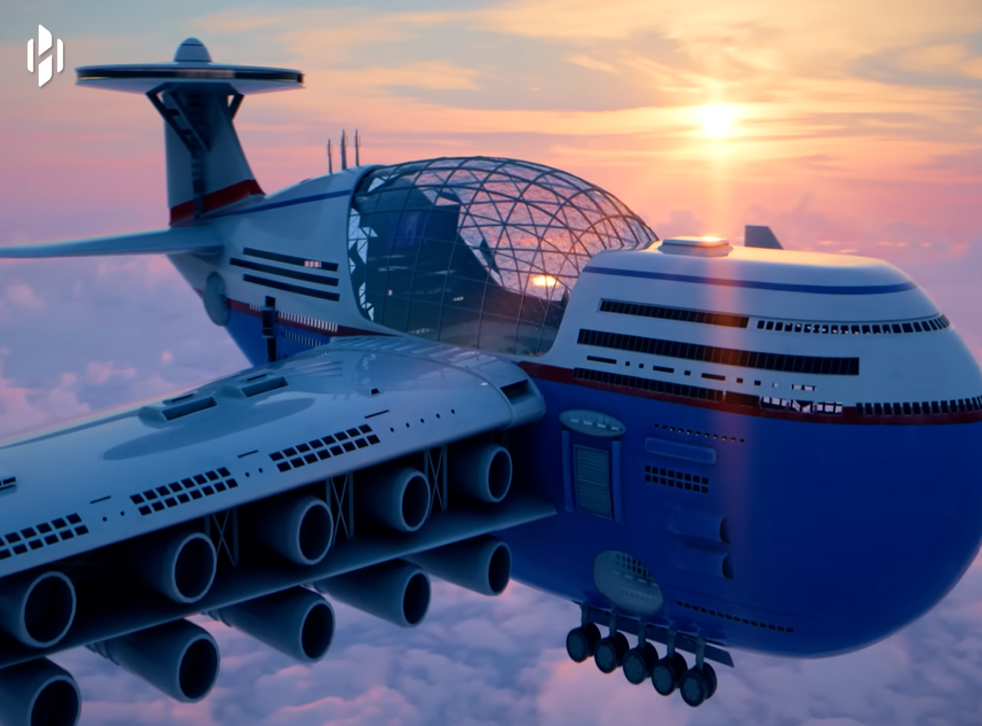 The designers say the cruiser would have its own disc-shaped observation tower in which passengers could see incredible skyscapes from above the clouds.

The designers claim the floating vessel would stay airborne for years at a time, with passengers and supplies traveling to and from it via electric commercial or private jets, which could land on the top of the cruiser. 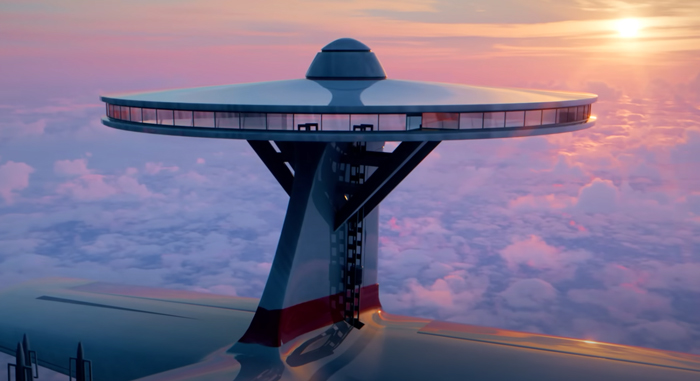 Al-Ghaili has billed the aircraft as the ‘future of transport’ and explained that conventional airlines would ‘ferry’ passengers to and from Sky Cruise, which would never touch the ground and would even have all repairs carried out in-flight. The video - with designs by Tony Holmsten and animation by Mr Al-Ghaili - claims Sky Cruise would have no carbon footprint, with 20 electric engines “providing clean, nuclear energy”. 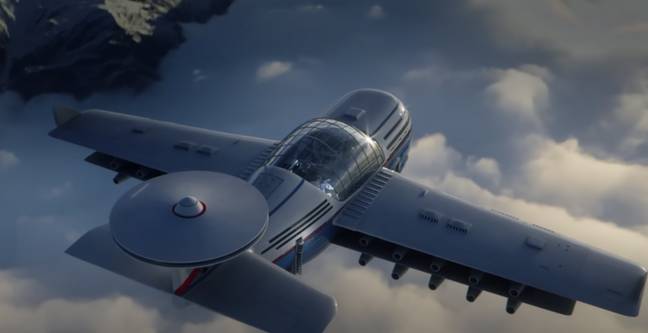 Asked how many people it would take to fly the gigantic aircraft, he said: “All this technology and you still want pilots? I believe it will be fully autonomous." But Sky Cruise will still require plenty of staff.

The promotional video promises restaurants and a giant shopping mall in the sky, as well as gyms, theatres, and even a swimming pool. In the video, the giant flying machine is also suggested as the perfect wedding venue. 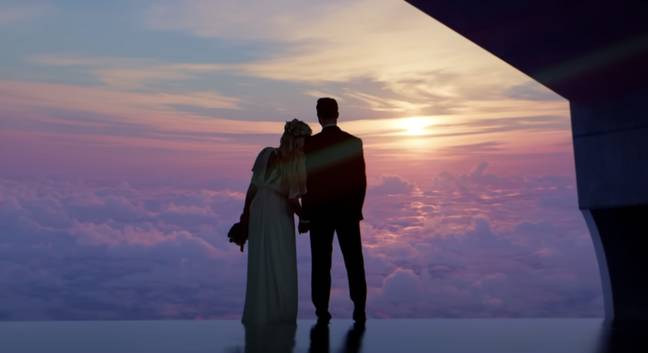 While a launch date of the flying hotel is yet to be announced, not everyone is keen on Al-Ghaili’s idea, with one person writing in the comment section below his video: “Great idea putting a nuclear reactor in something that could malfunction and fall out of the sky.”

Some commenters described the Sky Cruise concept as the “new Titanic” - pointing out that having lifts on the outside of the aircraft would be far from aerodynamic and that if an aircraft powered by a nuclear reactor crashed, it could destroy a city.

With the massive development costs involved, a trip to Sky Cruise would surely cost a fortune.