Posted by Annie N. in Bizarre On 26th September 2021
advertisement

A TikToker shared a video showing a shoplifting spree gone wrong where the getaway driver sped away leaving the shoplifter with filled bags of swiped loot. 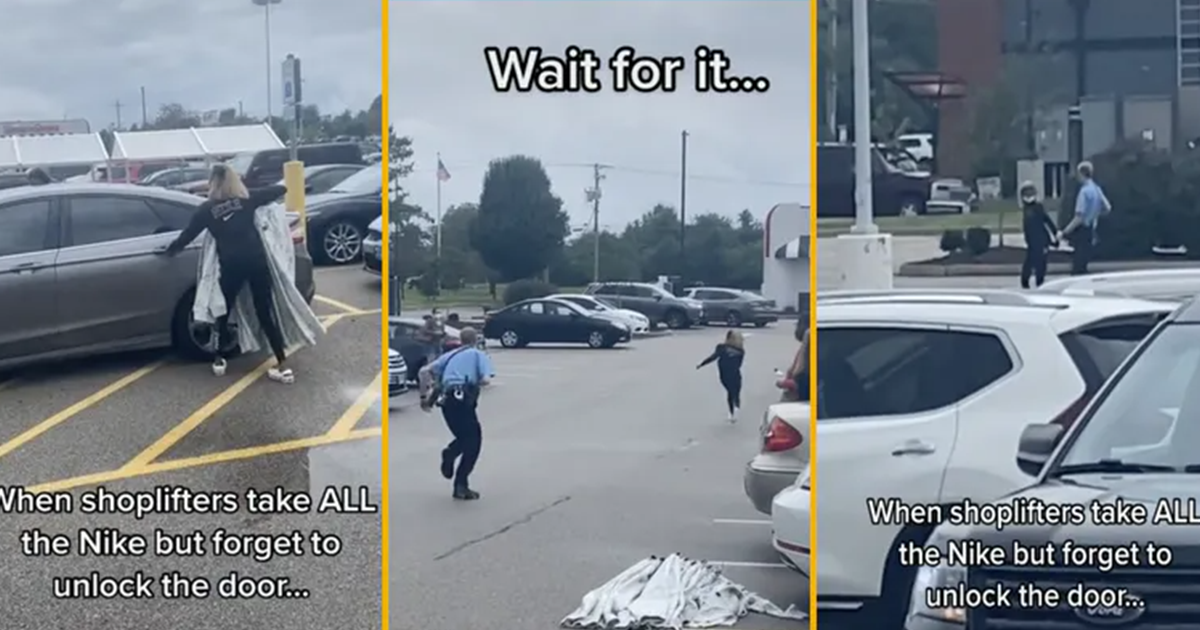 A Tiktok video which has since gone viral has people laughing at the shoplifter who got their just deserts almost immediately after stealing from a store.

The shoplifter can then be seen running away from the police now making their way to the scene. 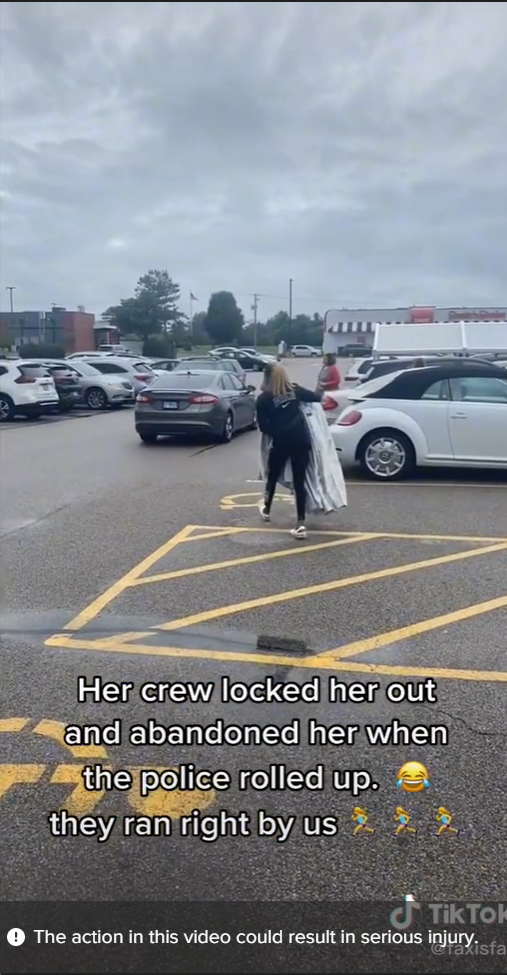 According to the TikToker that posted the video, they were in the parking lot of a Hibbett Sports shop when the incident occurred.

The text over the video reads, “Wait for it …When shoplifters take ALL the Nike but forget to unlock the door.” 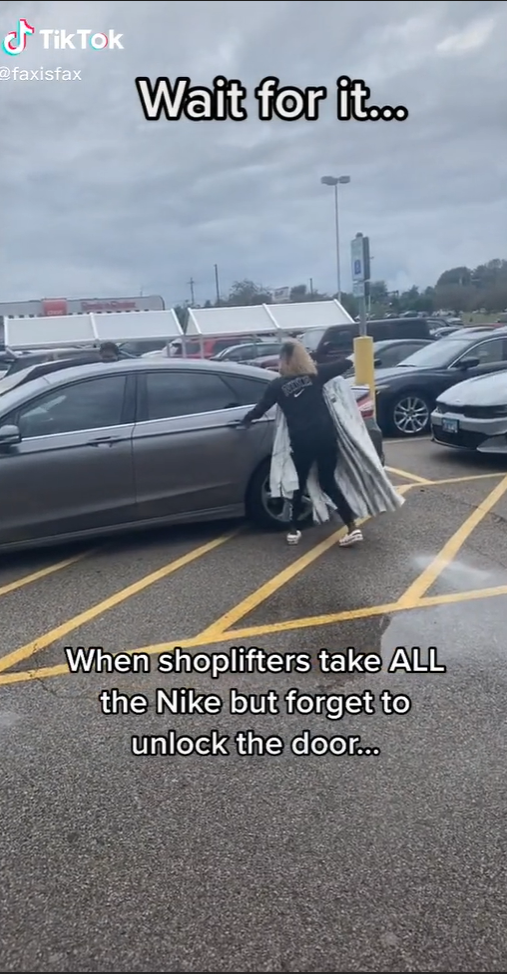 The video shows a woman carrying multiple articles of clothing still on their hangers as she tries to get into the moving vehicle through the back door.

As another person gets into the front passenger seat, the other woman is left abandoned and locked out from their getaway car.

As the vehicle speeds away, she can be seen gesturing angrily and letting the clothes drop to the floor. 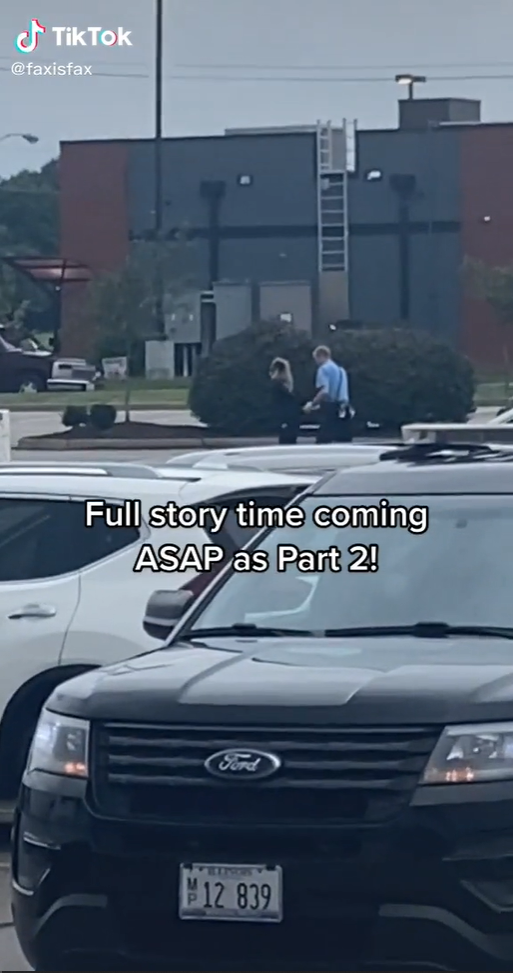 She then realises that she needs to flee the scene as well, begins to make a run for it.

The video later cuts to the police having caught up with her and apprehending her for her behaviour.

Providing further context in another video, the uploader said, “Her crew locked her out and abandoned her when the police rolled up,”

Police later revealed that the woman was involved in another count of theft over $300 and was had two extradition warrants in her name. They also revealed that she had two female accomplices, both of which fled in the getaway car.

Commenters were loving the way karma came for her immediately.

Others suspected a set-up considering the other door was open and just hers was locked.

Ultimately they all knew she was going to give the police all the evidence they needed.