Giant Lizard Climbs Up Shelves In 7-11 In Thailand

Posted by in Bizarre On 15th April 2021
ADVERTISEMENT

People were horrified by the presence of a 6 foot monitor lizard that had found its way into a 7-11 and proceeded to climb up shelves and destroy things as bystanders filmed the bizarre situation. 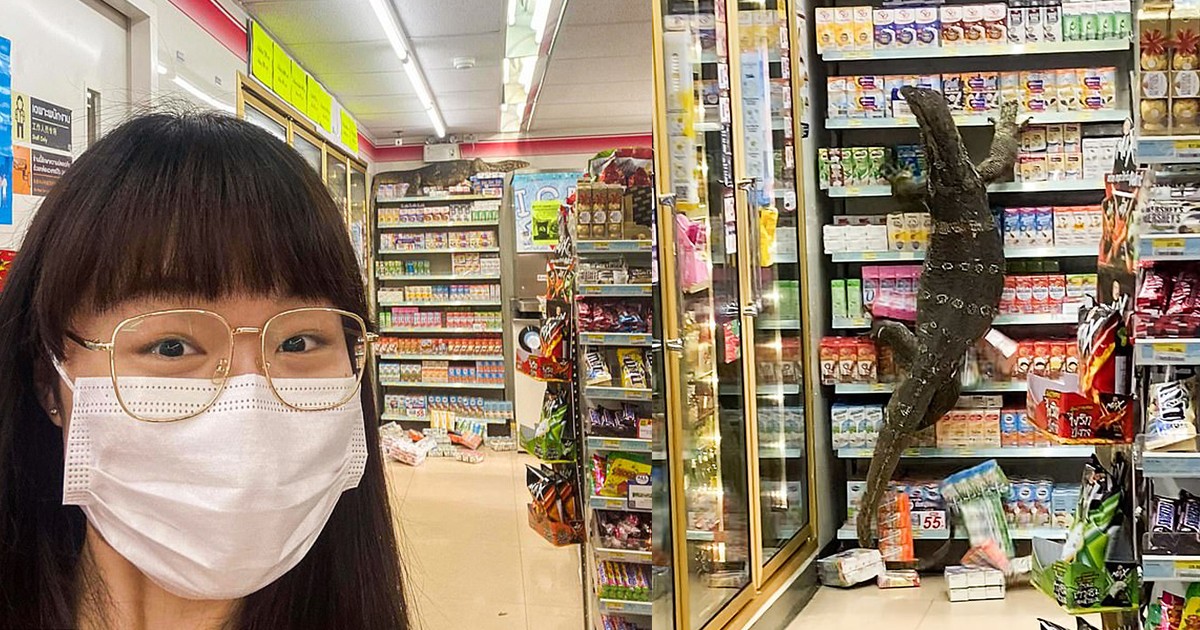 A six-foot monitor lizard who is being called a wannabe Godzilla somehow found its way into a Thai 7-11 and started climbing up its shelves.

The video which was recorded by bystanders had everyone a little bit awestruck and a whole lot freaked out.

The footage went viral as staff and customers tried to maintain a distance from the lizard. The employee at the shop revealed that the lizard had stayed there for an hour. 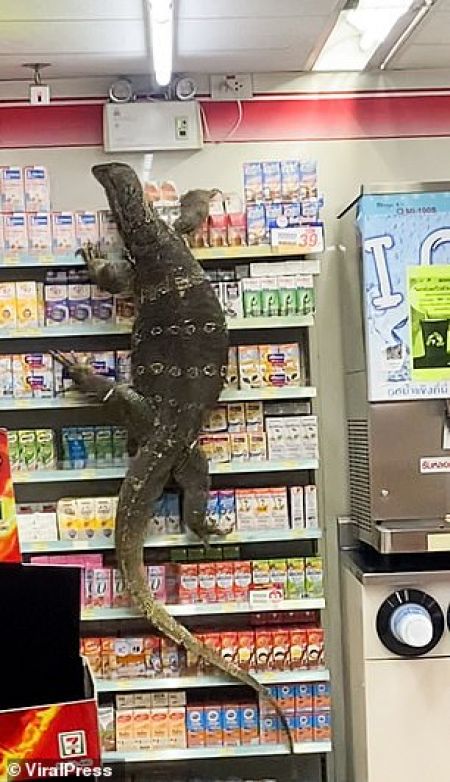 'The monitor lizard stayed on the shelf for an hour. The rescue team arrived and chased it away. But they didn't catch it, it just ran away into the bushes.'

'I've never seen a monitor lizard that big in my life, so it was a surprise for one to come in the shop.' 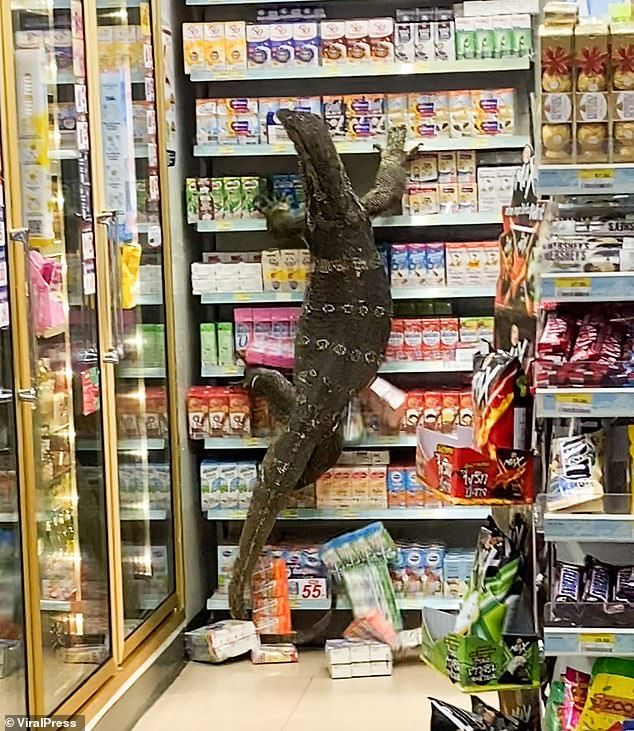 After walking through the aisles, the lizard makes its way up a shelf, knocking things down in its path. 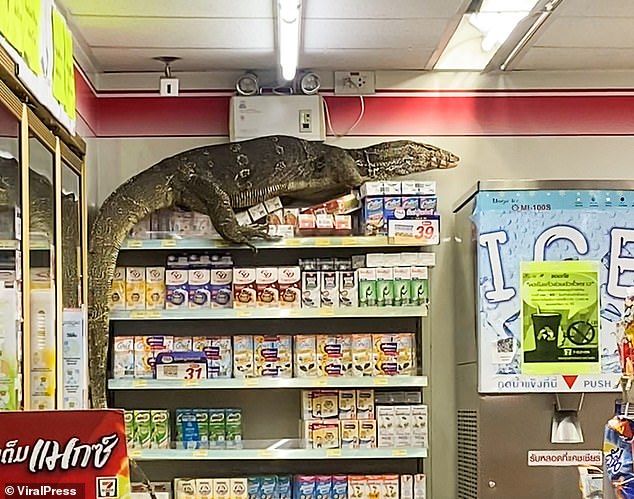 A customer, Narumpa Tangsin who had seen these creatures around at university said, “I only stopped at the shop to buy some food and then saw the huge monitor lizard inside. I wanted to buy a drink but the animal was too close to the drinks aisle."

'They're dangerous animals, especially when they're angry, so I stayed back and recorded it on my phone. I guess that shops have everything, even for lizards.' 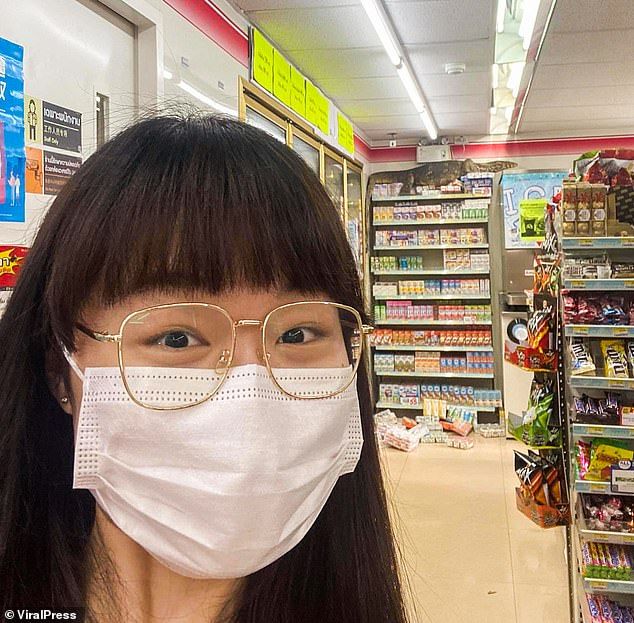 As scared as the customers were, the internet found the whole situation hilarious. One remembered an old meme of a smaller lizard 'Marvin' who had entered a USA 7-11.

While others loved Narumpa Tangsin's response of taking a selfie with the giant lizard.

I like that the lady who made the video also took a selfie with the giant lizard pic.twitter.com/c86W7xRpit

It is speculated that the lizard had come into the store in search of food as the weather gets drier and food outside becomes scarce.

These lizards are not harmless, have a venomous bite and can become seriously dangerous when aggressive. They usually feed on frog, fish and snakes. 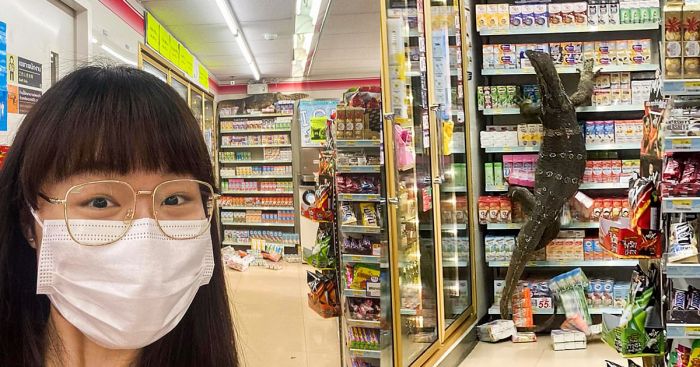