Girl, 16, Started 'How To Catch A Cr33p' Challenge Where She Hits On Elderly People To See Whether They Are Pedophiles Or Not

Posted by Sumaiya Ghani in Bizarre On 10th December 2020
ADVERTISEMENT

16-year-old TikToker Bianca Spano has started this new weird challenge where she goes on hitting older people who are completely minding their own business. According to her, their response to her questions would determine whether they are creeps or not. 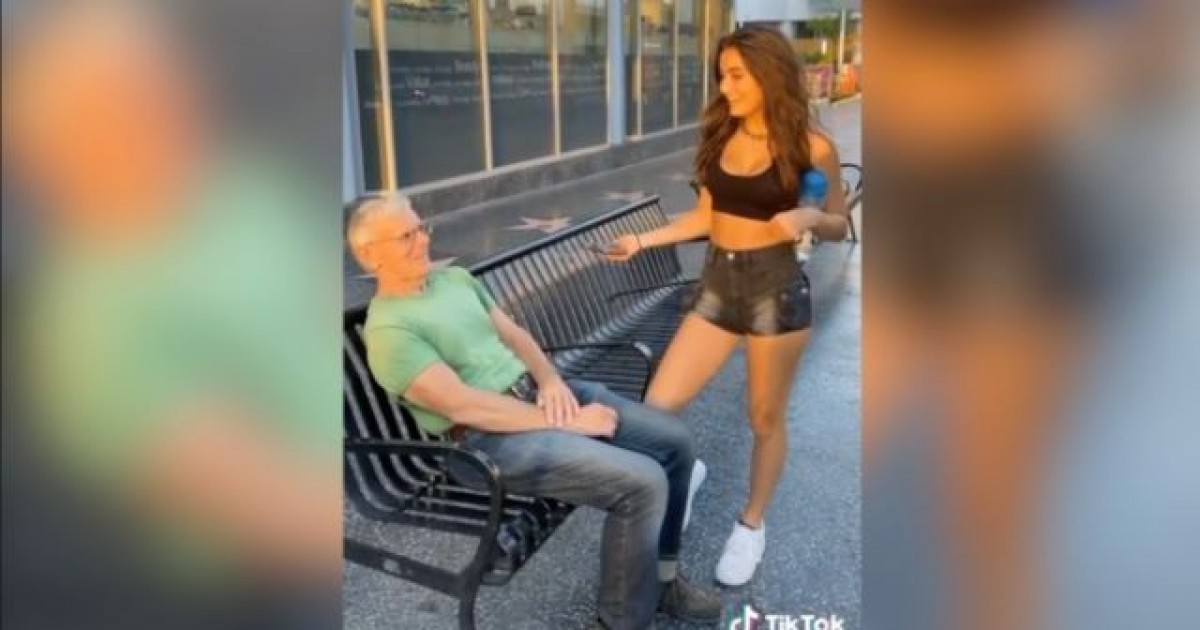 In the video, the girl was seen going to an old man sitting by himself on a bench

She first asked the man to rate her on which the older man gave her a 10/10 on her looks. At this point, we thought this man might be labeled as a creep, she then asked whether he would smash her. Here he completely spared it by imagining that he was too old to even think about knowing what “crush” signifies and that he cannot even consider taking her out on the town because of his age.

In the end, the girl told the man that he passed the test, and they both high-fived.

how to catch a cr33p 😱.. watch this! 🤭 #howtobasic #howto #oldman #publicinterview #biancaspano FOLLOW FOR PART 2

Do you think this is the way to catch pedophiles?

We believe this is not the right way to catch pedophiles. Firstly, you have to respect someone's personal space. You cannot just go and point a camera directly at someone's face asking them weird questions.

Spano's challenge might backfire on her, the young girl thinks she is doing a favor to the world. But real life can be far more dangerous, she might get herself into a big problem.

Throwing herself on adult males might make her look as if she’s looking for a sugar daddy or that she’s a prostitute. Just like many teenagers, she also didn't think of the consequence of this challenge.

Though her video racked up millions of views, this challenge might get her into some serious trouble. After all, not everyone would be happy to be recorded without permission especially when they are staying out of other people's affairs.